There are signs that the North Korean crisis is easing. These signs are, in my opinion, part of the negotiating process that has been underway in recent weeks. This process has two purposes. The first is to reach a settlement. If one is not reached, the second purpose is to allow the United States to justify an attack by being able to demonstrate that it has left no stone unturned in a search for an alternative to war. And in fact, the United States doesn’t want war. A war with North Korea, like all wars, would be risky. It would put the South Korean city of Seoul in danger of severe casualties if North Korea retaliated with its artillery, and it would open the door to significant American casualties as well.

A negotiation such as this is a complex process in which each side must convince the other that it is prepared for war but interested in a settlement, while not appearing too eager for one. Each side will make threatening gestures and conciliatory gestures at different points in the talks. Just like in a negotiation to buy a home, both sides must be genuinely prepared to walk away from the deal, creating the illusion that making a deal is not essential.

A negotiation is about taking advantage and control of the other side’s fear and greed. Indeed, there are times when a show of weakness is the key to getting the other side to walk into a trap. But the most important thing to keep in mind is that you are not merely managing the other side’s perception of reality; you must also be ruthlessly controlling your own behavior to project the image and message you want to project.

That self-management is based on knowing precisely what you want the outcome to be. Sometimes this is used to shape the negotiation, and sometimes it is kept hidden to focus the negotiation on other, more trivial topics to keep the price you must pay for your desired outcome as low as possible.

All of this becomes enormously complicated in negotiations between nations because the mood of the nation must also be managed. Particularly with democracies, negotiations can be frustrated by political eruptions that can be misread as weakness in your position. This leads not only to lack of confidence during the negotiations, which is deadly, but in democracies it leads to negotiators losing control over their positions.

American diplomatic negotiators can best be seen as brokers, caught between the American people and the adversary nation-state. There are two strategies for managing this problem. The first is to conduct negotiations in secret, which comes with a number of problems. If the secret leaks, it could cause a public uproar. The adversary will know that you are afraid of the public reaction and will either use that as leverage or shy away from making a deal, concerned that you can’t actually deliver. And if a deal is reached and then announced, the public will realize that negotiations were taking place in secret and its response will be, at best, unpredictable. You can try to keep the deal a secret, but on a significant issue, this can blow up in the negotiator’s face.

The second and better strategy is to make the issue appear less critical than it actually is. If the public can be persuaded to maintain a level of indifference despite the seriousness of the subject, the negotiations have a much higher chance of success. The adversary can’t manipulate public opinion and use the potential for public anger against you because the public is not engaged. The adversary, therefore, is forced to deal with the negotiators, who are free to conduct the talks with confidence.

This appears to be the U.S. negotiating strategy, and thus far, it is working. The public knows of the issue and of U.S. readiness for a possible war, yet the public has a relatively relaxed attitude considering the gravity of the issue. And it helps that Washington is preoccupied with the investigation into Russian interference in the U.S. election. It doesn’t seem that there’s any space for another crisis.

The Heart of the Issue

At the heart of the negotiations is the issue of North Korean nuclear weapons. North Korea wants to retain its nuclear program to deter threats to its regime. The United States feels it cannot be certain that the current regime or future regimes will not use a nuclear-tipped intercontinental ballistic missile against the United States. Both sides have fundamental interests they can’t compromise on, and that makes negotiations difficult, no matter how skilled the negotiators. Herein lies the paradox of negotiations. North Korea has shaped its behavior in such a way that the country appears unpredictable. But unpredictability creates uncertainty, and that has frozen North Korea’s adversaries into extreme caution. Pyongyang’s negotiating stance has made it impossible for the U.S. to assume North Korea will act rationally. 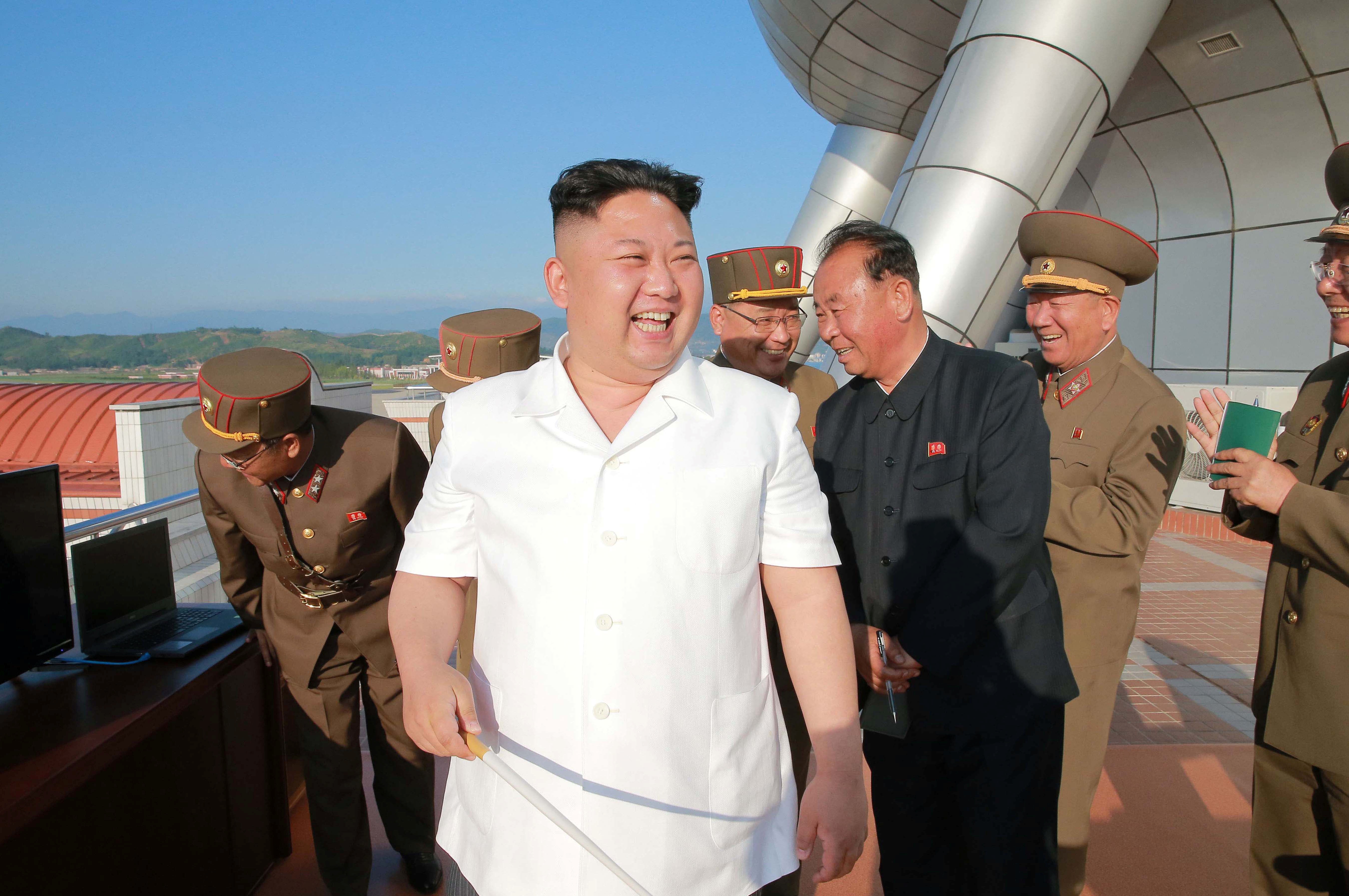 Both sides are making gestures. The U.S. has asked the Chinese to intervene, to uncertain effect. The U.S. has withdrawn one carrier strike group from the Korean Peninsula, part of a normal rotation – although it has also reportedly sent another, its exact location still to be confirmed. The North Koreans have released an American student who was arrested for stealing a banner. He was returned with a severe brain injury and an unconvincing North Korean explanation. The North Korean claim was that this was a humanitarian gesture. But it has left the perception that he was grossly mistreated in North Korea and increased public loathing of the regime. Perhaps the North Koreans miscalculated. Or perhaps they were actually sending a message on how ruthless they can be.

The core issue remains North Korea’s ability to strike the United States, and one side must give in to avoid war. Either North Korea must abandon nuclear deterrence, or the United States must accept that the fate of U.S. cities rests with North Korea. In the end, the most important question facing both countries is not a diplomatic one but a military one: Which side can achieve its ends in a war? Secretary of Defense James Mattis has signaled both that war would be catastrophic and that the U.S. will not accept North Korea’s acquisition of deliverable nuclear weapons that can reach the United States. And it will not wait for North Korea to acquire them in order to strike. Nothing in the negotiations seems to have solved the problem, and without capitulation on the core issue by one side or the other, it appears insoluble.

Therefore, we still believe that North Korea and the U.S. are on the road to military conflict in the near future. War became a possibility after mid-June. The negotiations will continue, since there is little to lose. But U.S. forces can’t remain on alert in perpetuity, and the longer the U.S. waits, the greater the possibility of an intelligence miscalculation that allows North Korea to acquire the capability to strike the United States. Negotiation shapes the perceptions of all sides, but perception is not reality, and successful politicians understand that well. The reality continues to point toward action, and the action continues to look bloody.

The ‘Spies and Commandos’ of Afghanistan