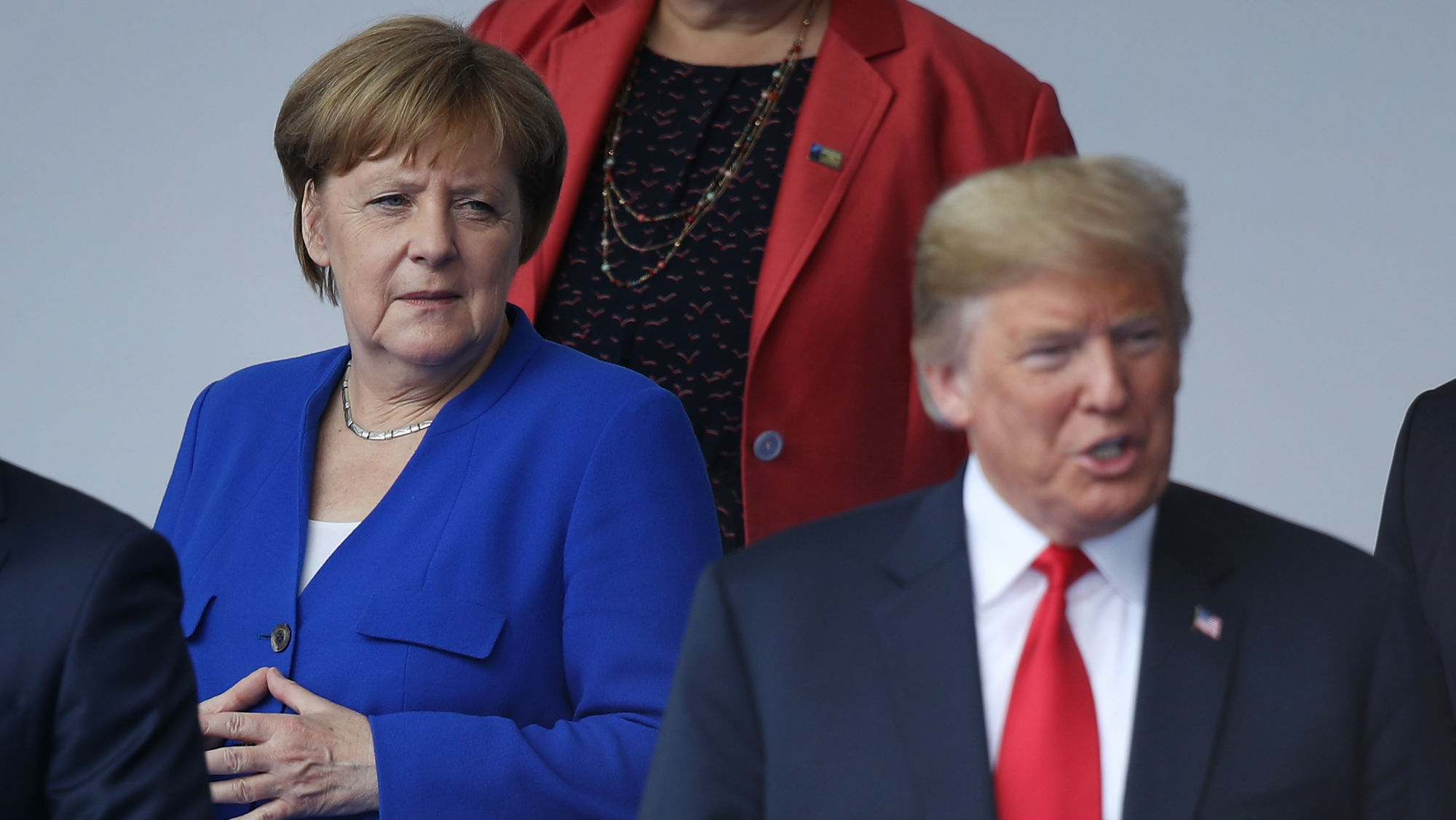 Editor’s note: The following article is in response to a July 20 commentary by German political scientist Christian Hacke in Cicero magazine. Readers can find Hacke’s article, in its original German, here.

Christian Hacke, a distinguished German scholar, has written an important article on the future of Germany’s national strategy. He has done well in laying out Germany’s options from a German point of view, as well as identifying uncomfortable conversations that the country needs to have. I think, however, that the American point of view, even under President Donald Trump, is more complex and sophisticated than most Europeans acknowledge.

In the article, which first appeared in the German-language Cicero magazine, Hacke raises as one of the possible courses for Germany that it may become a self-reliant nuclear power. The mere suggestion makes this an important article – though it is a conversation that has been had before, most recently in the wake of Trump’s election – but equally important is that the article is heavily focused on the United States. To a great extent, German national strategy will be a response to the willingness of the United States to continue its internationalist policy. The conversation should begin here.

The United States has never been an isolationist power. Just as Germany historically focused its activities on Europe, especially France and Russia, the United States historically focused on the Americas and the Caribbean. Hacke points to the 1920s and 1930s, when the United States refused to be drawn into Europe’s regional politics, as evidence of American isolationism. But the U.S. was not an isolationist power even then – it was significantly involved in Asia and the Pacific. In the 1920s, Washington negotiated a naval agreement with Japan, the United Kingdom, France and Italy. In the 1930s, it helped China resist Japan, even sending patrol boats and aircraft. The U.S. had a major stake in the Philippines and took significant action against Japan as it became more active, from arming the Chinese to placing an embargo on Japan after it invaded Indochina. The story is more extensive and complex, but the point is that at the same time the Allies (and Americans who advocated intervention in Europe) were condemning Roosevelt for isolationism, Roosevelt was trying to manage Japanese expansionism.

This is one of the peculiarities of European thinking about the United States: the belief that if the U.S. is not involved in Europe, it is not involved in the world. U.S. national strategy has never boiled down to internationalism or isolationism but has focused on selective engagement in regions of American interest. In the interwar period, the U.S. defended its interests in the Pacific and Asia but saw great risk with little reward in Europe. It was prudence, not isolationism, that drove Roosevelt.

Neither is the U.S. absent from the world under Trump. It is working to redefine its trade relationships with Mexico and Canada, its core trading bloc, as well as with most of the world’s other major trading powers, including Europe. Its military is hardly isolated either. The U.S. recently averted war with North Korea. The U.S. Navy is perpetually active in the East and South China seas. American forces remain engaged in active combat in Afghanistan, Syria and a number of Saharan countries. The U.S. has active deployments in Romania and Poland and cooperation in the Baltics.

Hundreds of thousands of Americans have deployed in the wars of the past 17 years. In none of these conflicts, or potential conflicts, did the Germans serve a strategic role. It’s true that more than 50 German soldiers have died in Afghanistan, but the German deployment there, which consists of relatively small detachments under rules of engagement that limit their role severely, is an exception. German rotations to Poland or Romania do not constitute a strategic capability. Should a conflict occur, Germany does not have the ability to make a strategic contribution.

In part, this is because it has had the U.S. and NATO to fall back on, and in part, it’s because Germany’s world is much smaller than the United States’ world – and, at least right now, it’s less dangerous. American indifference to Germany does not arise from domestic politics but from an understanding that it has been a quarter of a century since the fall of the Soviet Union. Europe’s strategic situation has changed utterly. It clings to an institutional framework, NATO, that has lost its relevance. The continued existence of NATO since the Cold War has enabled the Europeans to dedicate more resources to economic development – something they are loathed to give up and Trump is determined to end.

Hacke argues that the United States is abandoning its long-standing internationalist commitment to Europe. But NATO is a military alliance. To have a military alliance, you must have a military. Germany doesn’t really have one, as Hacke points out. What’s more, it isn’t clear that Germany’s commitment to the alliance is unconditional. I was recently in conversation with national security experts from Europe and the United States. I brought up that if the United States had to rush forces to the Eastern European frontier, they would have to pass through military bases in Germany. I asked if the Germans would permit the free passage of U.S. military forces. The answers ranged from “probably” to “I don’t know.” I assume they would, but the idea that the question would even come up and be answered with less than an absolute “of course” indicates a lack of trust in Germany.

From the American point of view, with so many of its problems to be found in Asia, an alliance structure in Europe dependent on the U.S. simply doesn’t address U.S. strategic needs. Moreover, as Trump’s comments about Montenegro demonstrated, the U.S. increasingly sees NATO as a potential liability. When NATO admitted Montenegro in June 2017, the U.S. became legally obligated to guarantee the security of a country in a region where conflict is always possible. This obligation applies to every NATO member, but the U.S. would shoulder most of the cost. Given all the other interests of the United States, is it unwise to have treaty-based exposure in the Balkans as well, particularly as most of the rest of Europe, especially Germany, would be incapable of honoring its treaty obligations. Europe, on the other hand, hears any call for an adjustment of NATO as a betrayal of the American commitment to European security.

It is not clear that the United States and Germany need each other strategically any longer. Economically, they have relationships. The U.S. would welcome Germany addressing the United States’ strategic problems, but the Germans don’t need the risk. The Germans want American commitment, without an appropriate force, and confined to Europe.

The question is not just America’s relationship to Germany, but Germany’s relationship to America. If what Germany wants is American guarantees and capabilities without German capabilities – and therefore without the ability on the part of Germany to fulfill its own guarantees – the relationship will atrophy and ultimately collapse. If Germany wants the strategic partnership to continue, it must become a strategic partner. It must to some extent assist the U.S. globally, and have the force to do so. What is not clear is that this is in Germany’s interest.

All of this has little to do with the personalities or desires of Trump or German Chancellor Angela Merkel. The United States has burst forth from its continent, while Germany has burrowed down. This makes for very different worldviews.

From London to Space War