As I have mentioned previously, I spent the past couple of weeks in Europe. I completed my trip last week with a visit to Warsaw and Budapest. Both places are concerned with economic issues, resistance to the European Union’s claims on their sovereignty and, most importantly, their long-term national security. What was interesting in my meetings was the subtle shift in how Warsaw and Budapest now view their main threats.

For the Poles, the Russians have long been the major issue. They see the potential for a Russian move against the Baltic states and are deeply concerned about NATO’s military weakness. In their view, should the Russians decide to move decisively, only the Americans would be in a position to bring significant force to bear, and that force would take months to arrive. It is not that they are expecting an attack. But if an attack happens, it will most likely take place in the Baltics, and the Poles will bear the major burden of resistance. The Poles have made substantial efforts in building a military, but they will be unable to hold back the Russians alone. Given the Europeans’ weakness and United States’ distance from the region, they feel isolated. 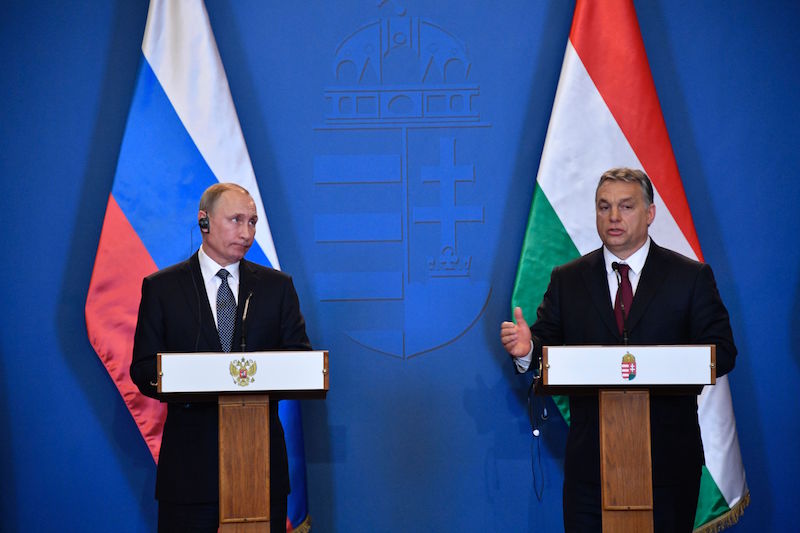 The Hungarians have taken a different view of the situation. They too distrust the Russians, having also lived through occupation. But they know that the Europeans are weak and the Americans are far away. Therefore, the Hungarian solution is to try to reach an understanding with the Russians. Hungary tries to reassure the Russians that its poses no threat by using the distance that former President Barack Obama’s administration created with Hungary as a guarantee to Russia. The United States under Obama was hostile to the Hungarian government for what it saw as human rights violations and what the Hungarian government saw as national self-determination. In either event, the result was that Hungary, alienated from the U.S. and distrustful of Russia, could show the Russians that Budapest should not be on Moscow’s radar.

On this visit, however, I noticed a subtle shift. The Hungarians, who had feigned their lack of concern about the Russians, were much less concerned. More surprisingly, so were the Poles. The primary reason is Russia’s long-term economic reality. With oil at $50 a barrel and no end in sight to Moscow’s economic problems, Russia’s ability to modernize its military is limited. Under any circumstances, the Russians will need more than two years to retrieve their military from its decline. The threat from the east is not gone, but it is diminished enough to look to other concerns and ways to protect this region from external threats.

One idea that was raised infrequently but authoritatively was replacing the Intermarium strategy with the Three Seas strategy, which includes the Baltic, Black and Adriatic seas. I have often written about the Intermarium. It begins with the assumption that Europe will not protect its eastern borders against a Russian threat. Therefore, Eastern European countries are left to their own capabilities and a distant United States. If they act separately, the Russians will pick them off. Therefore, an alliance must be formed from the Baltic Sea to the Black Sea, consisting of the Baltic countries, Poland, Slovakia, Hungary and Romania. In its most logical form, it would include Turkey, Georgia and Azerbaijan. That would contain most of European Russia.

I also predicted that Turkey would emerge as a major regional power. Given Turkey’s instability since the attempted coup, many would argue that this is no longer possible. In my view, the consequences of the coup attempt open the door to a more powerful Turkey. The country has had to address the reconciliation of its secular and Muslim population. This will not be a pleasant reconciliation, but the intent is to create a Turkey in which the huge secular and Muslim populations can forge a country together. Since that will not happen easily, President Recep Tayyip Erdoğan is now in a position to try to compel it.

Regardless of my view, I got the sense, particularly in Hungary and in Romania during past trips, that they see a significant increase in Turkish power, which they perceive as a threat to the region. This leads to the idea of a Three Seas alliance. This initiative would expand the Intermarium concept by focusing on Turkey in addition to Russia. In some scenarios, the alliance would be extended westward to include the Czech Republic and even Austria. More importantly, this alliance would stretch southward into the Balkans.

The immediate motivation seems to be to create a force that could block the movement of Syrian refugees through the Balkans and into the rest of Europe. But the concept goes somewhat further. It seems Turkey is acquiring a desire to spread its power in several directions: south into the Arab world, west into the Mediterranean and northwest into the Balkans. This mirrors the Ottoman Empire, which did not extend into these regions by accident. When Turkey is a great power, geography causes it to expand this way.

Another concern underlying this alliance is that Turkey might use its commercial relations with Balkan countries that have large Muslim populations – particularly Albania and Bosnia – to create a political base in the region. If this were to happen, the Turks would have many potential options. For Hungary, which spent a century under Turkish domination and has a sense of history where centuries are mere days, this is a real threat. But the Poles also seem to share in this fear.

In the Three Seas strategy, Eastern European countries would shift from a passive stance waiting for Russian moves, to an active one of trying to integrate the Balkans into their alliance. This would draw in the Russians – allies of the Serbs – just as the Turks press their incursion. Russians, Turks and a region that roughly resembles the Habsburg Empire mixing it up in the Balkans is an old story with consistently bad endings.

The entire discussion in the region is theoretical. And since the core Intermarium hasn’t taken shape yet, with Hungary being particularly wary of it as an anti-Russian grouping, we can for the moment class this as geopolitical speculation. The view I took before is the one I take now: Such a group will emerge, but we are still at least a decade from it and, for that matter, from a Turkey ready to become a regional power. It has to settle many things internally before then.

However, there is a ferment in the region, and it is driven by the European Union’s weakening and Russia’s perceived decline. Eastern Europe countries have lost confidence that the Europeans will take risks on their behalf. They worry about Russia, but not quite as much as before. And they note how far the Turks, sitting at the table with Russia and the United States, have already come.

The major question is the American position. At the moment, the U.S. is hanging back from increasing foreign involvements and supporting this emerging concept is not on the table. Nor is it on the table for countries in the region. But the discussion’s evolution and what it tells us about Eastern Europe’s view of the world are noteworthy. The region is in many ways a hyper-sensitive seismograph of geopolitical shifts.

Obama, Trump and the Wars of Credibility