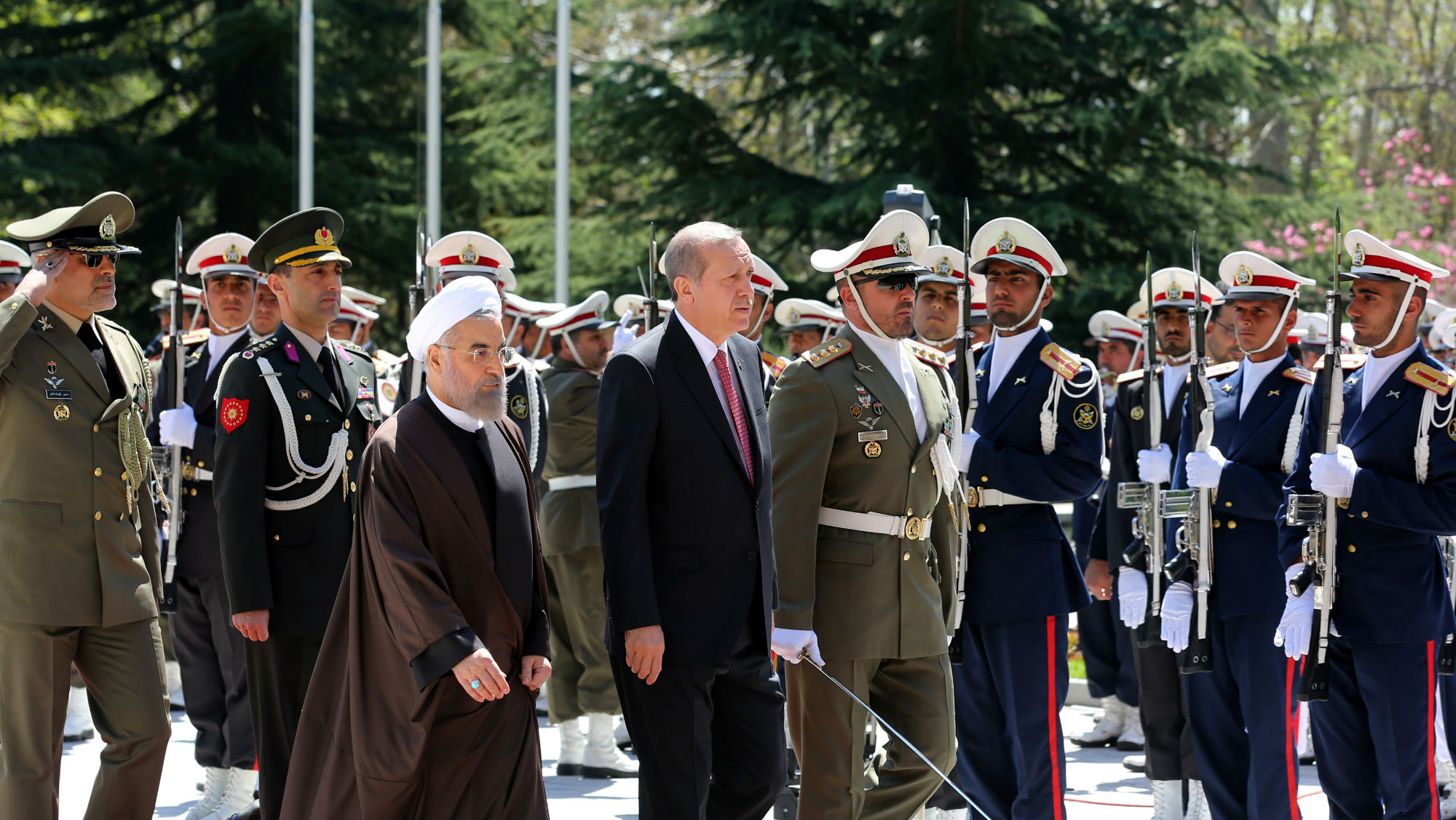 As the political organization of the Middle East continues to deteriorate, some countries are starting to form new relationships with old enemies. Last week, Turkish President Recep Tayyip Erdogan paid an official visit to Iran, a regional competitor that has backed different militant groups in the Syrian war. In a joint press conference after the meeting, Iranian President Hassan Rouhani said that Turkey, Iran and Iraq will work together to ensure that the region’s political borders do not change. The following day, Iraq’s Foreign Ministry spokesman said Iraq had officially requested that both Turkey and Iran close border crossings and halt all commercial transactions with Iraq’s Kurdish region after Kurds there voted in favor of independence in a referendum last month. The disarray in Iraq has gotten so bad that Baghdad is looking to Turkey and Iran for help controlling its Kurdish population.

The notion that these three countries would find common cause on any subject is counterintuitive. Turkey and Iraq have been at each other’s throats in recent years, and as recently as December 2015, they were involved in a protracted diplomatic spat over Turkish deployment of troops and armor in Iraq without the permission of the government. The Turkish troops were there ostensibly to help train Kurdish peshmerga to fight the Islamic State. Turkey also routinely bombs militants from the Kurdistan Workers’ Party – Turkey’s own Kurdish rebel movement – in northern Iraq without permission from Iraqi authorities. In effect, Turkey is announcing its intention to help defend the territorial integrity of a country whose integrity it regularly violates.

Turkey and Iran are also strange bedfellows. Though there has been no open antagonism between the two countries of late, both aspire to regional hegemony in the Middle East, and their long-term interests are mutually exclusive. They, for example, support rival groups in the Syrian civil war. Turkey has long opposed the Assad regime and has supported, with limited success, rebel groups of various stripes since the war broke out. Iran, meanwhile, has long been an ally of the Assad regime, which was a critical part of its strategy to forge alliances with a string of states and militant groups that allowed it to project power all the way to the Mediterranean. Tehran also put pressure on its proxy group Hezbollah to commit itself to fighting Assad’s would-be usurpers. 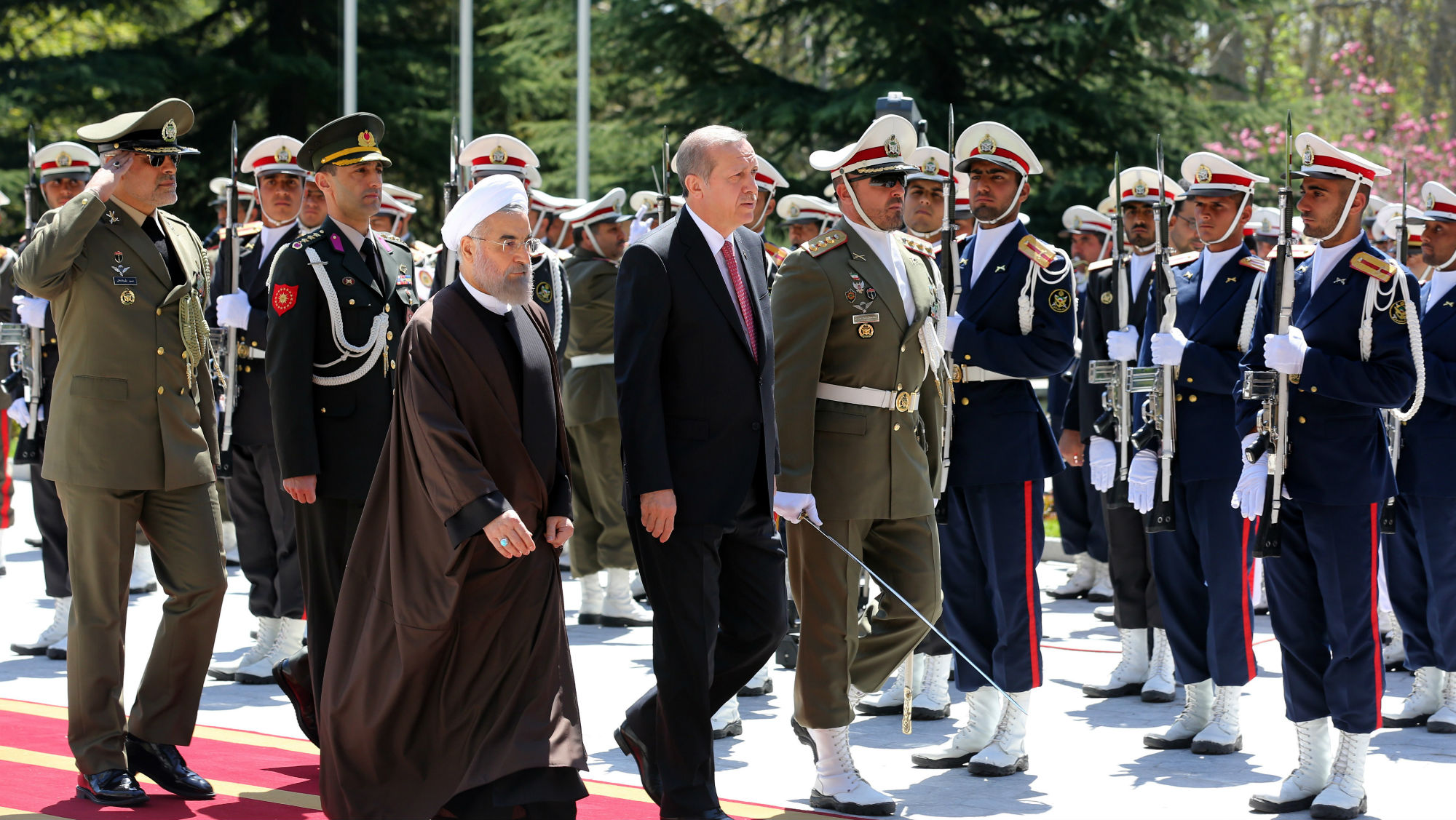 As for Iraq’s relationship with Iran, that is even more complicated. On the one hand, Shiite-majority Iran has developed a close relationship with Baghdad since Saddam Hussein’s Sunni, Baathist regime, which severely persecuted Shiites, was deposed. On the other hand, there is a deep level of enmity between Arabs and Persians that stretches back many centuries. That is why Iraq and Saudi Arabia have sought to bury the hatchet in recent months. Saudi Arabia cut ties with Iraq in 1990 after the Iraqi invasion of Kuwait, but efforts to repair the relationship seem to be working. A visit by influential Iraqi Shiite cleric Muqtada al-Sadr to Riyadh in August was just the latest in a series of meetings aimed at creating a more cooperative relationship between Baghdad and Riyadh. Shortly after al-Sadr’s trip, Saudi Arabia and Iraq announced they would open the Tal Afar border crossing, which had been closed for 27 years, for trade.

The most surprising thing in all these complex relationships is that Iraq – once a major Arab power in the Middle East – has become so weak that it is reaching out to Turks and Persians to help solve its internal problems, particularly when it comes to Iraqi Kurdish aspirations for independence. From Iraq’s perspective, the enemy of its enemy is its friend, and both Turkey and Iran have taken a hard stance against their respective Kurdish populations. The regime in Baghdad doesn’t want the country to break apart, but it’s happening nonetheless. The independence vote in Iraqi Kurdistan is not a declaration of independence, but that’s only because the region knows that if it declares independence, it may very well be wiped off the map. It may not face a significant threat from Baghdad – the government there can’t even keep its own house in order – but Turkey and Iran border Iraqi Kurdistan and do not want to see the rise of an independent Kurdish state, albeit for different reasons. And the Iraqi Kurds don’t even have the support of the U.S. – which opposed the referendum – or any other foreign power on the independence issue.

Turkey’s major concern is that allowing Iraqi Kurds to declare independence could set a precedent for the region. Iran is concerned about this as well, but the bigger issue for Tehran is maintaining its relationship with Baghdad. Despite the ethnic differences between Iraq and Iran, Tehran hopes that the fact that they are both Shiite countries will be enough, over time, to forge a strong alliance between Iraq and Iran. Baghdad wants to keep its country together, and if Iran can show Baghdad that it can depend on Tehran in its hour of need, it could help make the Iraqi-Iranian relationship that much stronger.

The trouble for Iraq is that these relationships are not going to remain at the bilateral level. Turkey held military drills on the Iraqi Kurdish border the week before the referendum as a show of force and support for Baghdad’s position. Shortly after the referendum, Iranian tanks approached the Iraqi Kurdish border in Tehran’s own show of force, which was reportedly part of a military drill with Iraqi forces. But Turkey and Iran also appear to be building closer ties with each other – ties that do not include Iraq. The two sides have shown the ability to cooperate in the past, most recently by coordinating their efforts in Syria. But the rare meeting between Turkish and Iranian leaders and the prospect of military cooperation represents a step beyond previous levels of cooperation.

Their alliance can’t hold in the long term, but their mutual interests make increased cooperation possible in the short term. Neither side wants to deal with an agitated Kurdish separatist movement. And neither side sees eye to eye with the United States right now – Turkey because of U.S. support for Syrian Kurds, and Iran because its nuclear deal with the U.S. is facing great pressure in Washington. Both Turkey and Iran also are unconcerned with the strength and integrity of the region’s Arab nations.

And this is also one of the reasons this cooperation can’t last in the long run. For most of the region’s history since the death of the Prophet Muhammad, Turkish and Persian empires ruled the Middle East and its Arab population. These empires also used Kurdish populations to fight against each other – either by inciting one Kurdish group to create instability in the other country, or by using Kurdish troops as shock troops in their own armies.

The convergence of Turkish and Iranian interests will be ephemeral, but before it passes into historical patterns of antagonism, it has the potential to generate a significant alliance, one that temporarily reshapes the balance of power in the region. It decreases U.S. and Russian power in the region; it hastens the already accelerating deterioration of political stability in the Arab world; and it ensures that all the region’s various Kurdish populations will continue to only dream of independence without actually realizing it. The emergence of this reality was predictable. But that Iraq would hasten its own eventual doom by inviting the Turks and Persians in was not. Like any good story, geopolitics has its ironies.