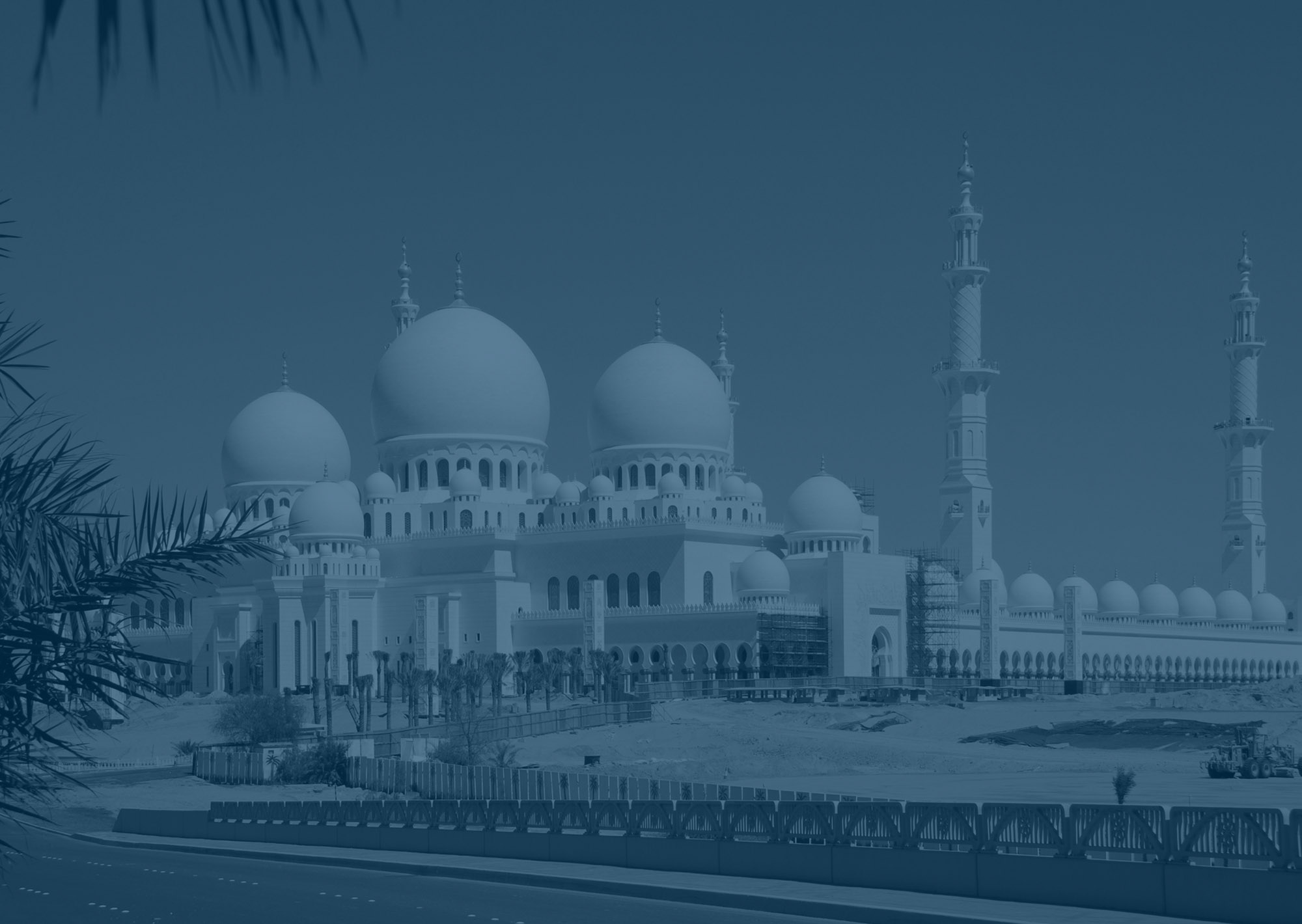 Turkey and Iraq are engaged in a diplomatic spat. The dispute is over Turkey placing troops and armor inside of Iraq’s borders ostensibly to train Kurdish peshmerga fighters, as well as Arab Sunnis and Turkmen, to fight Islamic State without Iraq’s permission. The number of troops at this point – Reuters reported it to be about a battalion, so between 400 and 1,000 troops – is not enough to change realities on the ground by itself. It may be that Turkey is in the very initial stages of either participating in or helping to plan an offensive on the Islamic State-held city of Mosul. Even if it is, such a development is a long way off. The deeper issue is that Turkey, a non-Arab country, felt it could station troops in an Arab country without having to be concerned with that country’s reaction – in this case Iraq.

We speak often of Turkey’s strengths and advantages compared to other would-be regional powers: it has a strong military, a strong economy, it controls some of the most strategic real estate in the world as the gate keeper to the Bosporus. The flip side of this is the weakness of the region’s Arab states. Indeed, it may not be possible to think of the Arab world as a whole anymore. Like the terms “Syria” and “Iraq,” the term “Arab world” has become a hollow phrase.

Since the peoples of the Middle East encountered Western imperialism in the late 19th and early 20th centuries, the word “Arab” has referred to the notion that the Arabic-speaking people of the region constitute a nation to themselves. The various borders drawn by Great Britain and France were for imperial purposes; the states that began to emerge were all part of the Arab nation. The word “Arab” however has meant many things over the course of history. As Bernard Lewis notes in “The Arabs in History,” its first meaning was to describe the nomadic Bedouin tribes of the Arabian Peninsula. After Mohammed’s conquest and the birth of the caliphate in the 8th century, the term was used often to distinguish between the Arabian conquerors and the masses of the conquered. Over time the term lost its explicitly ethnic content, becoming a social term which described a class of people who tried to preserve the old nomadic ways, though the importance of Arabic language remained constant. It gradually became imbued with its now-familiar nationalist ideas towards the end of the 19th century.

At Geopolitical Futures, one of the core principles that informs our work is the importance of the love of one’s own. The international system is based on the existence of nation-states, and the foundation of the nation-state is the natural love of what one considers to be one’s own people. Nationalism uses the love of one’s own as the bedrock out of which to establish the nation-state – which is precisely what Arab nationalism tried to do in the second half of the 20th century after casting off the imperial yoke.

There is a rough equivalent to the love of one’s own in Arabic thought, a concept used prominently by the famous historian Ibn Khaldun, who wrote and lived in North Africa in the 14th century. Ibn Khaldun wrote of a concept called “asabiyya,” which roughly translates to “social solidarity.” Ibn Khaldun thought that the nomadic Bedouin – the original “Arab” – destroyed civilization but founded states. This was because the Bedouin had a natural asabiyya, one that Albert Hourani described as a “mutual affection and willingness to fight and die for each other.” With asabiyya came the strength and courage to defeat civilizations, and which allowed for the formation of states after conquest. Once the state was established, a new asabiyya had to develop, one that put the state before all else. But Ibn Khaldun recognized that in this region, the relationship of soldiers and citizens to a state could never be as strong as the primal asabiyya that exists between those related by blood and not by political convention.

With the exception of Saudi Arabia and a few other monarchies, like Jordan and Morocco, the political structure of the Arab-national world came to be dominated by two main ideologies imported from Europe: socialism and nationalism. From Algeria to Iraq, socialism and Arab nationalism were the asabiyya that held these brand-new states together. These ideologies however have failed to fulfill their promises. Socialism did not bring prosperity to the masses. The existence of independent nation-states did not usher in an age of freedom – in fact, it propped up authoritarian dictators.

IS is one response to the failure of these ideologies. IS lives in the world of the failure of socialism and Arab nationalism, and all of its targets in the Middle East – Syria, Iraq, Yemen, Libya, Tunisia, Lebanon – are states to varying degrees where the cohesion of the state has broken down as a result. It is easy to dismiss IS as a bunch of violent radicals, but the fact of the matter is the IS’ ideology appeals to Arabic-speaking Muslims in the Middle East as well as many non-Arab Muslims around the world. Islam is the only thing that has ever succeeded at uniting the various tribes and clans and ethnic groups scattered across the region into a whole. In a similar way to the European fascists, who used nationalism to establish legitimacy and communal bonds, the IS harkens back to an imagined-golden age where the only thing that was important was whether one was a true believer or not.

But another manifestation of the breakdown of Arab political power is in the fact that on Dec. 4, Turkey reportedly deployed 220 Turkish troops backed by approximately 8 tanks and other support elements to the towns of Zlekah and Bashink outside of the IS-held city of Mosul. Also, on the same day, the Turkish military released details of a training program for Kurdish peshmerga fighters that it has been engaged in for over two and a half years. Iraqi Prime Minister Haider al-Abadi characterized the news as a violation of Iraqi national sovereignty, and he wasn’t wrong. And yet all the broken state of Iraq can do is to threaten to take it up with the UN Security Council, or to make calls to NATO officials and Kurdish political leaders, as Abadi has done in response. Abadi does not have the national strength necessary to do anything besides take offense. Turkey can bomb northern Iraq to hit PKK positions when it likes, and it can station troops outside Mosul if it chooses. Whether Ankara’s motives are to train the peshmerga against IS, to send a signal to the Russians, to halt the successes of the Syrian Kurds matters little. Turkey, if it wishes, can do as it pleases in Iraq right now.

This is not just an Iraqi issue. Or a Syrian issue. The most capable “Arab” state left is Saudi Arabia – and the Saudis do not speak to any broad coalition of people within the region itself. The influence they have is a result of money and previous American support. Egypt has its own economic and security issues; the beating heart of pan-Arabism flat-lined decades ago and nothing has arisen in its place. Libya no longer exists. Yemen is a permanent war zone. There is no Arab unity. There is tribalism and factionalism and sectarianism. There is primal asabiyya – small groups battling to survive for the sake of surviving and protecting their own.

The age of the Arab caliphates ended when the Mongols besieged a Baghdad already weakened by centuries of Turkic and Persian attacks in the 13th century – from that point on, until after World War I, the Arabic-speaking peoples of the Middle East were ruled by foreign powers, and for the bulk of that time by the Turkic Ottoman Empire. The period from roughly 1918 to 2011 was a rare moment in history where Arab states controlled their own destinies far more than they had in previous centuries. That time however has come to an end. The Arab world in so far as it exists is completely fractured, so much so that the very notion of speaking about the “Arab world” in a way that transcends clan, tribe, or sect is quickly losing any real meaning.

And this is the usual state of affairs in this part of the world. The region has always been a magnet for competition between great powers – the Ottomans and the Safavids, the Americans and the Soviets. Today, military elements of the U.S., Russia, France, and the UK are all active in the region. Persian Shiite Iran wields a tremendous amount of influence in Baghdad via the Shiite militias it funds, and throughout the region with its various proxies. Turkey is being drawn into the vortex that Islamic State has created within the old Syria and Iraq borders. The Kurds are caught between it all, with the Turks using some clans and tribes for their own purposes, and fighting others as necessary. People look at the Middle East as if it is in chaos but really the region is reverting to a familiar state of affairs. The exception has been the last 100 years or so. The present is familiar to the student of history.

The Turks have little interest in making what’s left of Iraq angry. Ankara will do what it can to assuage Abadi’s hurt feelings. Even so, there is something remarkable happening here to take note of. It has become increasingly hard to speak of the Arab world as anything beyond a vague description of the Arabic-speaking people of the Middle East. There is the Islamic State and there is narrow asabiyya. For the time being, the region’s fate rests ultimately in the inevitable clash between the former and foreign powers.

The Market Oracle –Almost All Countries In Europe Have Border Issues