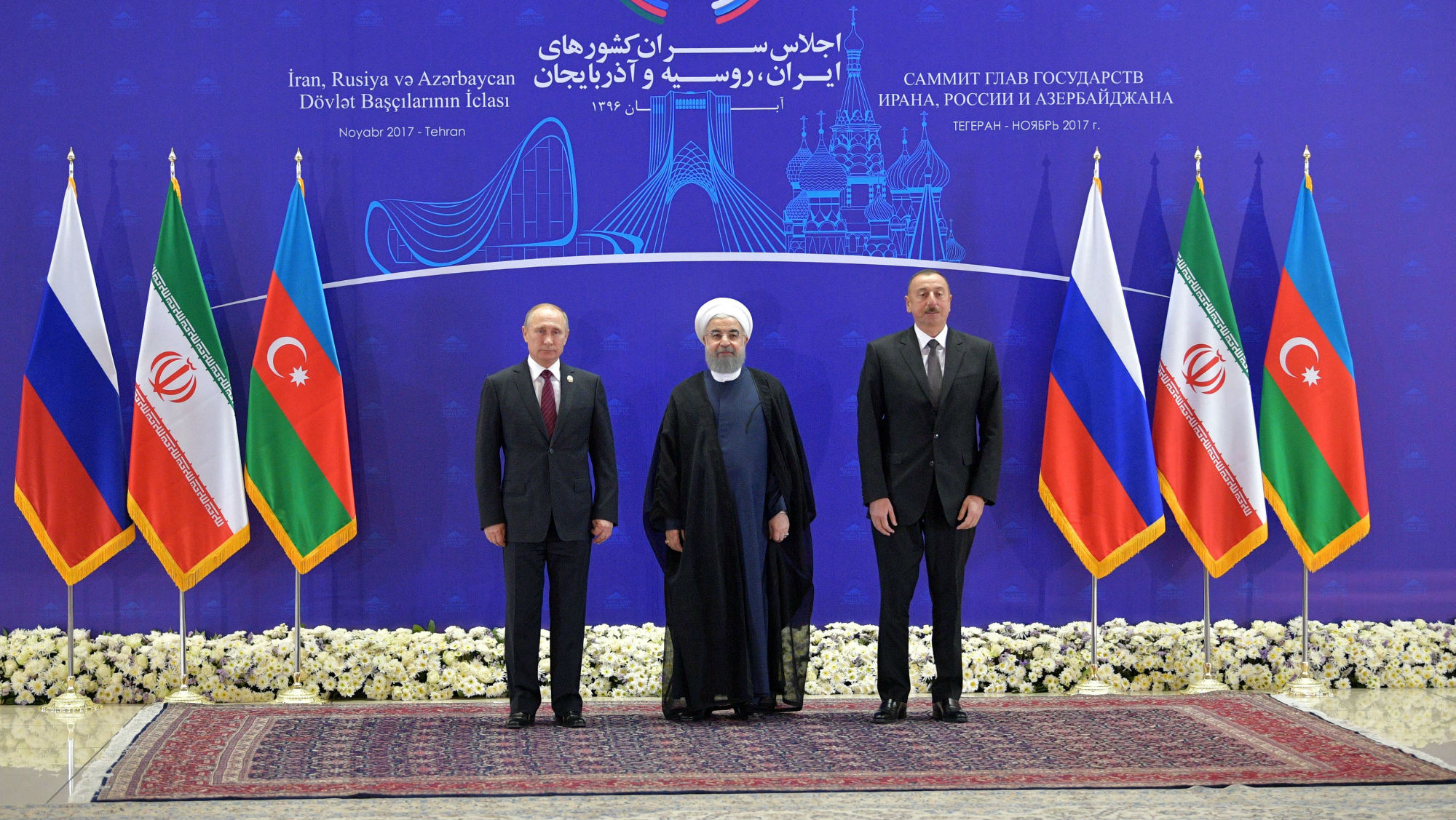 Iran’s efforts to expand its influence throughout the Middle East have been widely noted. It holds sway over the governments in Baghdad and Damascus, and exerts power through proxy groups like the Houthis in Yemen, Hezbollah in Lebanon and Hamas in Gaza. But Iran’s interest in another country outside of the Middle East might soon draw the attention of major powers like Turkey and, to a lesser extent, the United States and Russia.

Over the past few months, Iran has been attempting to improve ties with Azerbaijan. The countries have held diplomatic meetings, most recently to discuss cooperation in the Caspian Sea and over the Nagorno-Karabakh dispute. Modest improvements in economic ties can be seen through increasing trade and business and infrastructure investments. Trade between the two countries increased by 30 percent year-over-year in 2017, and Iran has expressed an interest in integrating its bank card system with Azerbaijan. Iran Air resumed its Tehran-Baku service after discontinuing the flights for three years. In addition, two separate rail lines connecting the countries have started running, with another in the works after Azerbaijan extended a $500 million loan to Iran for the project. And this year, the two countries will launch their first joint automobile plant and construct a pharmaceutical plant in Azerbaijan.

Iran’s recent interest in Azerbaijan could raise some eyebrows in Ankara and Washington – both adversaries of Tehran but strong allies of Baku. Azerbaijan’s links to Turkey are deep-seated: Azeris are ethnically Turkic, and the two countries’ languages have shared roots. Turkey is the second-largest provider of imports to Azerbaijan and its second-largest export destination, as well as the top source of foreign direct investment in Azerbaijan. Turkey also serves as a critical transit country through which Azerbaijan can export its oil to Europe. For its part, Baku has been a consistent supporter of Ankara, backing its military operations in Afrin, Syria. Their ties are so close that Turkey’s national broadcasting authority recently suspended a talk radio program for insulting the Azerbaijani president and his wife.

Iran’s interest in Azerbaijan is a result of Azerbaijan’s critical geographic position, at the center of a fractious triangle of three powerful states, each trying to pull the countries of the South Caucasus into their sphere of influence. Iran, Russia and Turkey have, over the centuries, waged war against each other multiple times in an effort to gain control of the region. They may not be at war right now, but they are nonetheless competing to exert their influence over the region.

Azerbaijan has used this competition to its advantage by balancing these powers off one another to exact benefits from them and further its own interests, chief among which is maintaining its independence and not falling back under foreign control. Azerbaijan’s recent links with Iran are part of this long-standing strategy and thus don’t represent a drastic change in behavior.

But Iran has larger goals in mind for the relationship. Azerbaijan poses somewhat of a challenge to Iran domestically, given Iran’s own sizable Azeri population. At different points in history, Azerbaijan was part of the Persian Empire, and as a result, roughly 25 million ethnic Azeris live in Iran. This population is heavily concentrated in the north, near the border with Azerbaijan, and Tehran is concerned that it could one day try to break away from Iran. This concern isn’t unfounded. In January, crowds at a soccer game in Tabriz, a city in northern Iran, chanted slogans like “The people of Azerbaijan reject suffering and abjection.” Building closer ties to Azerbaijan could, therefore, be a way to temper any potential antagonism ethnic Azeris feel toward the Iranian regime.

Iran’s advantage over Azerbaijan is its border with the Nakhchivan Autonomous Republic, a small Azerbaijani exclave that also borders Armenia, a rival of Azerbaijan. If it wants to avoid passing through Armenia, Baku’s only way to access Nakhchivan by land is through Iran, which has played an integral role in developing infrastructure and providing energy to this territory.

Now Is the Time

At present, Iran’s overtures toward Azerbaijan aren’t enough to pull Azerbaijan out of Turkey’s orbit. But they are more significant now than they would have been several years ago given the continued volatility in Syria and Iraq. The Islamic State’s defeat has left a power vacuum in Syria, and both Iran and Turkey are trying to fill it. Currently, Iran has the upper hand, able to wield power in Iraq and closely allied with the Assad regime in Syria. Turkey, on the other hand, is in a more defensive position in the Syrian conflict, particularly when it comes to the Syrian Kurds, who gained control of the Afrin region on the Turkish border, forcing Ankara to take military action to address what it sees as a national security risk. This conflict is Turkey’s primary focus. So, from Iran’s perspective, now is the time to make a move in Azerbaijan – while Turkey is preoccupied in Syria. Ankara is likely aware of what Tehran is trying to do, but it can’t expend the resources needed to counter what, for now at least, are minimal moves to gain a foothold in the South Caucasus.

Iran’s overtures to Azerbaijan are in their early stages. If Iran is successful in coaxing Azerbaijan, it would be a significant victory for Iran and a significant loss for both Turkey and the U.S. But even if it is unsuccessful, it will have lost little. This is a low-risk play with relatively little downside for Iran, and considering Tehran’s weak long-term position, it’s worth the gamble. Perhaps most notable, despite domestic upheaval, Iran continues to try to press its advantage in its near abroad, which includes the Caucasus just as much as it includes the Middle East.

What We’re Reading: Silence and Sleep