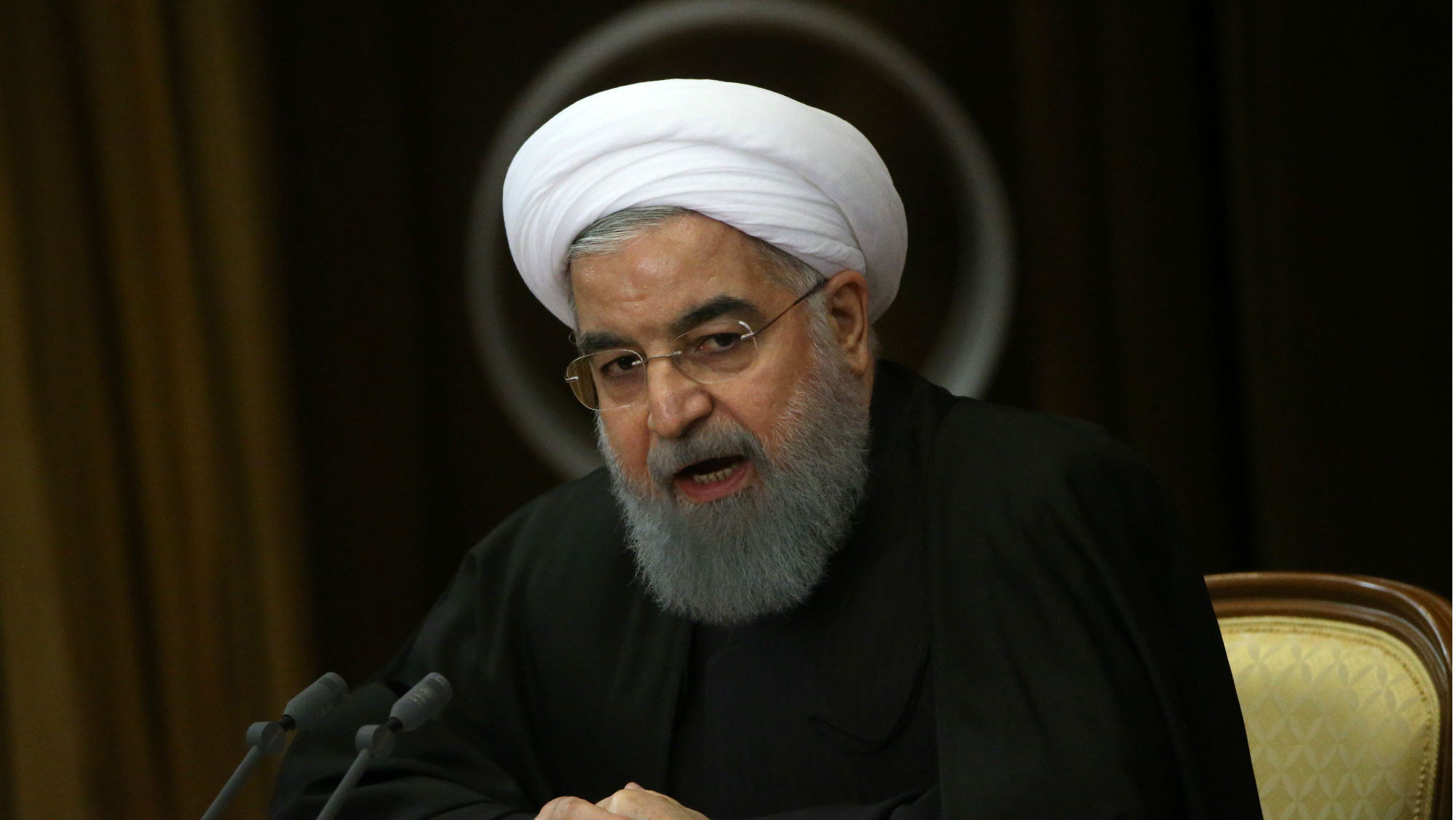 Iran has always seen itself as being in competition with the Arab states for domination of the Persian Gulf. Its ambitions were put on hold in the late 1980s, at the end of an eight-year war with Iraq that cost Iran more than a million casualties. The war ended in a military draw, but strategically it blocked Iran’s hopes for expanding its power westward. The war against the Islamic State, particularly in Iraq, has opened that door again.

The primary burden of the fighting in Iraq fell on the Iraqi army, coupled with several Shiite militias, which fought a long battle of attrition to defeat IS. Embedded in the Iraqi army, and in direct control of the militias, were Iranian advisers. The United States had advisers and troops there too, but the Iranians were far more effective at gaining influence in the predominantly Shiite army. The U.S. reluctantly accepted this state of affairs – it needed IS defeated, but it didn’t want to absorb the casualties that would result from the long, grinding battle that was required. Instead, the U.S. relied on airstrikes.

There obviously had to be some degree of coordination among the Iraqi forces and militias – enough, at least, to prevent fratricide. That means there had to be some coordination with Iranian advisers, who were effectively commanding some units of the Iraqi army. How much coordination is unclear, but IS was defeated in the end, and Iran was left in control of at least a significant portion of the military force in Iraq. Given Iran’s influence and presence around Basra in southern Iraq, the Iranians are in a powerful position inside Iraq, with no major forces in position to contain them. And they are free to send more forces into Iraq if they wish.

Iran is also in a strong position in Syria. Together, Iran and Russia have prevented the collapse of the Assad government. Lebanon’s Hezbollah has been deeply involved in the fighting in Syria, with a large number of Iranian officers deployed with it, and Iranian forces are scattered in support of Assad’s Syrian army. The Russians are already discussing an endgame in which Assad regains the parts of Syria he lost. Whether that happens or not, the pressure is off the Assad regime now. Moreover, Russia has already said it plans to reduce its presence in Syria, which leaves the Iranians as the primary influence on the Syrians, deepening a relationship that existed even before the civil war broke out.

Yemen is another area of Iranian strength. In Yemen, bordering Saudi Arabia to the south, the Iranians are supporting the Shiite Houthi rebels. As the Houthis grew stronger in recent years, Saudi Arabia, the United Arab Emirates and others launched airstrikes against them. The airstrikes failed to defeat the Houthis, and now they’re even more powerful. A missile was fired from Yemen toward Riyadh early this month. It was allegedly an Iranian-made missile, and a warning to the Saudis to get out of Yemen.

It is important not to overstate Iran’s strength. It is clearly influential, and the door to more power is open, but Iran is not yet positioned to exert decisive military force in the Middle East. At the same time, Iran’s achievements shouldn’t be understated either. It is the most influential power in Iraq and has a significant number of forces there. It more or less controls the most powerful military force in Lebanon and has limited capabilities in Syria. It also has at least advisers in Yemen. Finally, Iran has even made inroads in Saudi Arabia’s sphere of influence. Qatar’s relationship with Iran is part of the reason it has been boycotted by much of the Arab world. 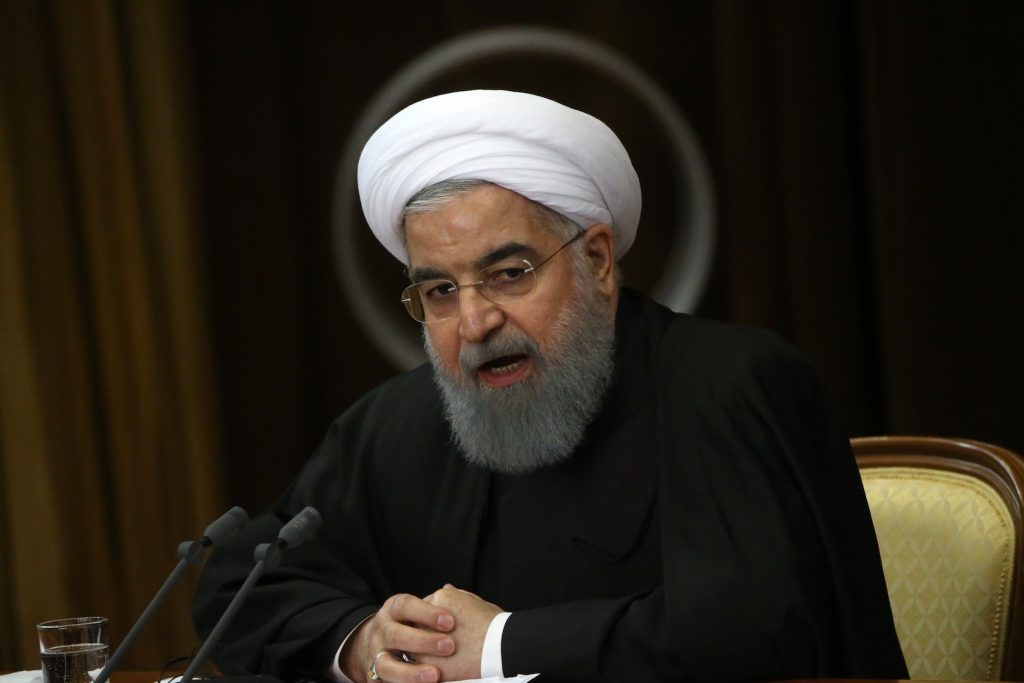 Saudi Arabia is currently the greatest threat to Iran’s ambitions. In the 1960s, when the Shah of Iran was still in control, Iran fought a war against the Saudis in Oman. Their relationship remained hostile after the Iranian revolution. Part of the issue is religion: Saudi Arabia is the heartland of Sunni Islam, Iran of Shiite Islam. But there are deeper issues.

The first is oil. The domination of oil resources by the Saudis and related principalities on the west coast of the Persian Gulf created a perpetual threat to Iran because of the military power it bought. In addition, U.S. guarantees to Saudi Arabia intended to assure the flow of oil supplies from the Persian Gulf gave the Saudis an invulnerability that their own military force couldn’t provide.

At the moment, Saudi Arabia is facing extreme difficulties. The decline in the price of oil has created economic and political problems for Riyadh, which has always used its oil wealth to maintain stability. The introduction of a 32-year-old crown prince, and his decision to arrest some of the key figures in the kingdom, creates a level of internal instability that is unpredictable.

Given this domestic situation, Saudi Arabia’s ability to protect itself from Iran is unclear. The Saudis have already demonstrated the limits of their air power in Yemen. The historical expectation was that first the British, then the Americans, would guarantee their national security. But that was when the Persian Gulf was an indispensable supplier of the world’s oil. The price of oil is down, but as important, the sources of oil have multiplied, along with producers’ eagerness to sell it. Saudi oil is simply not that important anymore.

The Saudis have been reaching out to the Israelis. Israel can certainly provide military hardware. But the fact is that Israel could be facing its own threat from Iran, and its military is actually relatively small and isn’t designed for large-scale foreign deployments. Because of the size of its force, Israel can’t sustain extended, high-attrition warfare of the sort Iran endured in the 1980s. So the Iranians can threaten Israel with the one strategy that is most dangerous to it: a war of attrition. It’s a distant possibility but one that Israel must consider. Simply put, Israel can’t promise Saudi Arabia much more than materiel, no matter what the Saudis offer in return, and materiel is the one thing the Saudis have in abundance already.

The greatest long-term threat to Iran’s interests, however, is Turkey. The Turks face a fundamental geopolitical question. When the Iranians were relatively confined, Turkey was able to focus on domestic affairs, not venturing deeply into Syria or Iraq. But now, Turkey must decide whether it can live with Iran as the major regional power, or it must assert its own claims on the region. Turkey, by geography and inherent military capability, can block Iran if it chooses to make the effort and take the risk, but at the moment it is working with Iran, particularly on Kurdish issues. Eventually, Turkey will have to choose between the Kurdish issue and the broad strategic issue. Part of that will be determined by the U.S. position on various Kurdish factions and the U.S. vision for dealing with Iran.

A Test of U.S. Disengagement

The U.S. is capable of containing Iran but only with a substantial force. The U.S. has been at war since 2001. At this point, it doesn’t have a clear strategy for the Middle East. In Iraq, the American approach has been to block both Sunnis and Shiites from dominating the country – while reducing the number of U.S. forces present. This left it in the position of having to rely on forces controlled or influenced by Iran to defeat the Islamic State. In Syria, U.S. strategy has been to create a proxy force to overthrow Assad. That has failed. American guarantees to Saudi Arabia and Israel are still in place, but what they mean at this point is unclear. Israel has no need for direct U.S. involvement except under the most extreme war-of-attrition scenario. As for the Saudis, the guarantee the U.S. gave and delivered on during Desert Storm was a very different situation. Oil prices and supply being what they are, it’s not clear what that guarantee is worth.

The U.S. is not configured to deal with the new reality – one that it helped create by invading Iraq and then leaving it, and by supporting the Arab Spring in Syria, which turned into a disaster. These U.S. policies led to the rise of IS, and the fight against IS in turn opened the door to Iran in Iraq and, to a lesser extent, in Syria. Washington has been obsessed with Iranian nuclear capabilities and didn’t anticipate that Iran’s conventional capability and political influence would turn out to be more effective. At this point, it’s not clear what the American interest is in the region and what price it’s prepared to pay to pursue it.

The Middle East has a new and radically different shape. For the moment, Iran has been freed to assert itself. But it still has a long way to go to assert significant power. Apart from the United States, it faces a potential coalition of Saudi Arabia, Israel and Turkey. Each has its weaknesses, but Iran does too, and together they can manage the problem and probably will. Don’t forget the Sunni jihadists, either. Defeated in the guise of IS, they have merely dispersed, not surrendered. And Iran has been their enemy. Thus the Iranian surge must be placed in context. It has changed the dynamic of the Middle East, but it remains vulnerable.