Over the weekend, The New York Times published a report detailing the discovery and systematic degradation of the U.S. espionage network in China from 2010 to 2012. The report cites 10 officials, former and current, who describe the penetration of the network and speculate on the reason for its failure. Some claim there was a Chinese mole in the CIA. Others claim that lines of communication between assets and the agency had been breached.

The timing of the report is as interesting as the content itself. CIA officials, after all, have already been accused of leaking information designed to weaken President Donald Trump. And now, not only have a handful of officials revealed a massive intelligence failure, but they have done so, apparently in concert, five years after it happened.

One explanation is that a faction in the CIA means to weaken the agency’s credibility by revealing the failure. (I have no evidence for this, but then again, evidence to substantiate charges is optional in Washington.) This would, in effect, undermine the credibility of those claiming to know about secret Russian plots. “You claim to know about them, but you are actually not very good at intelligence,” or so the argument would go.

Human intelligence is a game of deception. The acquisition of government sources depends on duplicity, and the intelligence agency must lie to protect the source. It is an industry in which secrecy and dishonesty are moral imperatives. Take World War II, for example. The United States and Britain won World War II in large part because they had broken the German and Japanese codes. They knew what their enemies were planning and could counter it. In order for the breach to work, it had to be kept secret from the public. The secrets of the breach were revealed years after the war, but had the Germans and the Japanese caught wind of it sooner, they would have changed their codes, and the outcome of the war might’ve been different.

In the long run, the CIA can’t deceive the Chinese government without also deceiving, in some way, the American public. This leaves us with an obvious problem: Should we believe anything the CIA says? 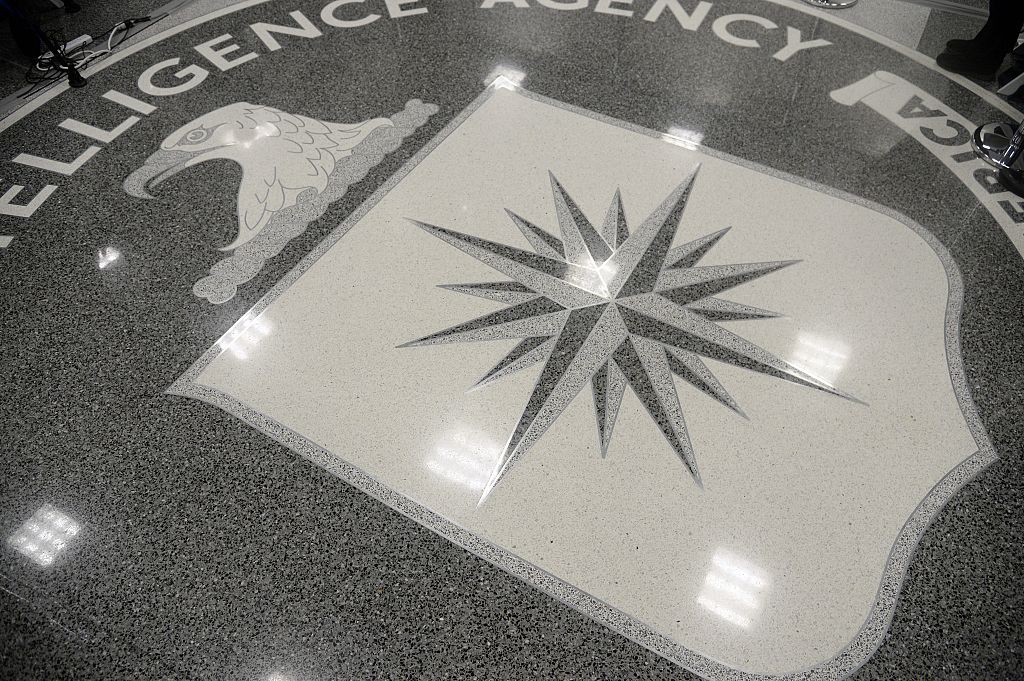 The logo of the CIA is seen during a visit of U.S. President Donald Trump at the CIA headquarters on Jan. 21. Photo by Olivier Doulier – Pool/Getty Images

It’s a tough question for a democracy to answer. Trust is built on the tacit agreement that the “bad things” an agency does are good for the country. If the public believes that that is no longer the case – if it believes the agency is acting out of self-interest and not national interest – then the agreement is broken. The intelligence agency is seen as an impediment of the right to national self-determination, a means for the ends of the few.

Trust is also built on competence, and so it is always reasonable to question the intelligence of the intelligence agency. When questioned, the CIA, which again traffics in deception, tends to say something along the lines of, “If you only knew what I know, you would respect me completely.” But the public has no way of knowing whether the CIA is keeping secret its successes or its failures.

Trusting an agency to tell the lies it must is a tough enough sell in a democracy – it’s partly the reason the United States didn’t even have an intelligence service before World War II – but it becomes even more difficult the moment the agency enters the political arena, which is where it finds itself now. In addition to determining if the agency is telling the truth, the public must also ascertain whether its involvement in politics is such that it has lost its ability to carry out its mission – namely, gathering foreign intelligence. The question then becomes: Has the CIA been captured by an American political faction, and if so, can it still be an effective intelligence agency?

It’s possible that the CIA has information that the president is in some way colluding with a foreign power. That is vital information, if it exists. But it is information that should be passed to Congress, via the intelligence committees, because only Congress is endowed with the constitutional responsibility to act on such a matter. In releasing intelligence to the public, the CIA may be revealing sources and methods, and more important, it is assuming powers of the Constitution — which each member of the CIA is sworn to “preserve, protect and defend” — that the CIA doesn’t have.

Participating in political debates will, in turn, divide the CIA, since CIA employees are no more of one mind on the politics of the day than anyone else. So when 10 officials step forward to reveal the intelligence failures in China, as they did in the New York Times report, we need to consider why they chose to do it now. Was the timing merely coincidental? Was it an attempt to undermine a possible faction in the CIA that is leaking damaging information on the president? This is all speculation, of course, but that’s the point: Once the CIA enters domestic politics, it is subject to the same speculation as others in the arena.

This is why moral rectitude is important for an intelligence organization in a democracy. The secrecy and duplicity needed to be effective are obviously distasteful, and the fear that the intelligence agency is using its trade to interfere in domestic politics is always there. Intelligence must have a moral standing to elicit the trust that its lies and deception are in defense of the Constitution and not an attempt to impose the will of a faction on the country. Once that suspicion becomes widespread, the intelligence organization loses its moral standing, the importance of which is paramount for gathering foreign intelligence. Once an agency loses its moral standing, then things like the New York Times report about China will be seen not as an act of public accountability but as an act of manipulation.

Forgoing foreign intelligence is not an option. A global power must know what is happening around the globe. A democratic global power must tolerate the discontents of deception, the risks it poses for a democracy notwithstanding. It’s an important if imperfect balance, and it’s thrown off when an intelligence organization enters public discourse. The organization betrays its oath by using its foreign intelligence capability selectively in favor of one or another faction. This calls into question its very survival.

The China report is a reminder of the high price we pay for having the CIA, which is no stranger to entering U.S. politics. The officials who will not go on the record because they are not allowed to are simply sowing seeds of distrust that will at some point consume them and weaken the United States. If the people of the CIA are guardians, then who will guard them?

What Happened to American Leadership?