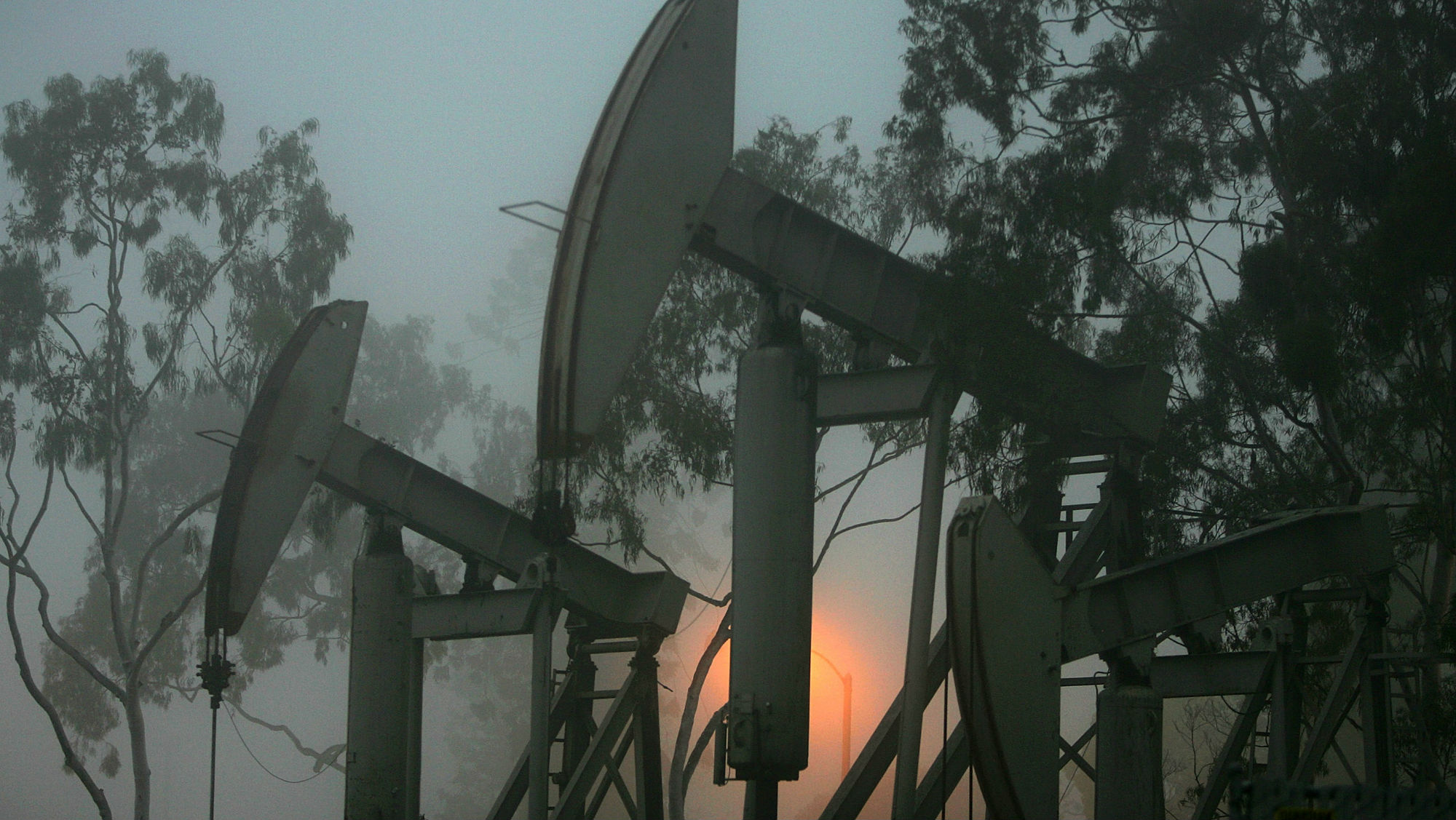 Toward the end of October, Brent crude prices crossed $60 per barrel for the first time in two years. They continued their ascent, peaking at around $64. Experts explained the spike with vague references to “geopolitical risk,” without really detailing what those risks entailed. Such explanations are not wrong, but they are careless. A proper geopolitical risk assessment necessitates that we go beyond equivocal wording and develop an understanding of the relevant economic, political, and military factors.

For weeks, developments in Saudi Arabia have been cited in commentary on oil markets. It all comes down to the rivalry between Saudi Arabia and Iran—a rivalry that plays out throughout the region, in Yemen, Lebanon, Iraq, Syria, and elsewhere.

In early November, the Houthis, a group of Iranian-backed Shiite militants who have been fighting Saudi Arabia in Yemen, launched a missile at Riyadh. The Saudis accused the Iranians of supplying the missile. Then Riyadh claimed that Lebanon had declared war on Saudi Arabia and forced the Lebanese prime minister, who was in Riyadh at the time, to resign. Lebanese politics are heavily influenced by Hezbollah, a paramilitary group with strong ties to Iran. (Around the same time, the Saudi king and crown prince began arresting potential rivals to the throne.)

Saudi Arabia is trying to keep Iran preoccupied so that it cannot gain too much ground in Syria, where the Islamic State has now lost nearly all of its territory. The Saudis don’t want the Iranians to develop a land bridge to the Mediterranean through Iraq, Syria, and Lebanon. This would not only threaten Saudi Arabia’s security from the north, but it would also give Iran access to the Mediterranean and, therefore, the ability to export more to Europe.

What does this have to do with the price of oil? For one thing, in the course of their quarrel, Iran and Saudi Arabia could destroy infrastructure, affecting the ability of oil producers to get oil to the market. How likely is this? With a great deal of effort, Iran’s proxies could damage a small portion of Saudi Arabia’s infrastructure, but they couldn’t take on Saudi Arabia in an all-out fight. On the flip side, while some Sunni extremists have carried out terrorist attacks in Iran, their ability to damage Iran’s oil infrastructure is limited.

Another event that would restrict oil supply would be if a ground war were to break out between Iran and Saudi Arabia. This is highly unlikely. Iran doesn’t control the territory it would need to supply any sort of war effort in Saudi Arabia, and Saudi forces would struggle mightily to overcome the Zagros Mountains, which shield Iran’s western flank. Modern technology can overcome some geographic barriers, but to control a territory, men and machines must be moved to it, and mountains are hard places to maintain supply lines.

The timing also isn’t good for either side to start a war. Iran is only just beginning to reap the economic benefits of the lifting of UN sanctions in 2015. Saudi Arabia is facing too many problems at home, not to mention the war in Yemen.

Another way these events could restrict oil supply would be if Iran were to blockade or mine the Persian Gulf at the Strait of Hormuz. This, too, is unlikely. It would represent an overt declaration of war, and it would force countries that depend on Saudi oil to take sides in a conflict in which Iran would be seen as the aggressor.

Instead, Iran has resorted to having the Houthis mine the Bab el-Mandeb on the western side of the Arabian Peninsula. This gives Iran a degree of deniability while still impeding, though not stopping, transport vessels from leaving the Gulf of Aden. Nor does it hinder Saudi Arabia’s eastern coast on the Persian Gulf. It would be more difficult for the Houthis to mine the Persian Gulf since they do not have a base in Oman.

These factors need to be considered in constructing a comprehensive picture of geopolitical risk. It’s not enough to vaguely reference geopolitical risk; potential scenarios must be concrete enough to allow for an evaluation of their likelihood. In the Saudi example, once the implications of these developments are seriously considered, the geopolitical risk does not appear substantially altered.

But if events surrounding Saudi Arabia don’t substantially increase the threat to the oil supply, what explains the increase in oil prices? For starters, OPEC has recently made supply cuts while demand has remained strong. Though in the long run, US shale production counterbalances the strategy that OPEC has pursued for decades, in the short run there are factors preventing shale drillers from expanding at the clip witnessed over the past few years.

When oil was above $100 per barrel, shale drillers could focus on expansion, since profit margins were wide enough to sustain the growth. Lending to the industry financed the expansion. Advances in technology increased the yield that each well could produce, bringing the amount of oil that shale drillers could provide to the market even higher. But when prices dipped, shale drillers began to default on their loans and go bankrupt. The ones that have stuck around either purchased locations where drilling had a lower break-even cost per barrel or had more productive drilling processes.

Bankruptcies are continuing, and drillers are being forced to focus on profitability rather than growth. Certain input costs (such as fracking and land acquisition) have increased, further squeezing drillers’ margins. Rising interest rates—which seem increasingly likely given that the Federal Reserve has already begun shrinking its balance sheet—will put even more pressure on companies with variable rate debt. Despite all this, advances in drilling technology continue to raise well yields—putting downward pressure on break-even costs—and higher oil prices still raise the profitability tide for all drillers.

Financing is a cyclical business. Lending expands when profits appear more readily available and constricts when unproductive enterprises find their debts unserviceable. As companies go out of business, oil supply decreases, driving up prices and raising profits for the companies that survive. Eventually, the efficient companies start growing again, seeking more lending and starting the cycle of expansion all over again.

Rising oil prices, then, cannot be explained solely by events in the Middle East or by OPEC’s cuts. Rather, it’s a combination of OPEC’s cuts and the inability in the near term of shale drillers to significantly expand capacity. These limitations, however, don’t change the fundamental interplay of shale oil drillers and the global oil market. New drilling technology is continuing to lower per-barrel break-even prices, and more shale companies will find their operations profitable when oil prices increase, thereby increasing the amount of oil they supply to the market and driving prices back down.

Benjamin Graham, one of Warren Buffett’s greatest influences, coined the term “Mr. Market” to describe a manic character who buys and sells shares depending on his emotions. He drew a sharp contrast between this type of investor and the company analysis based on fundamentals that his methodology entailed. Just as in business analysis, it’s not enough to acknowledge that world events are driven by more than financial considerations. Real geopolitical risk analysis requires a deeper dive into what drives geopolitical phenomena.

Equities – Here’s Why Spain Is More Diverse Than You Think