June 14 brought good news and bad for the United States. The U.S. Federal Reserve announced that it would increase the federal funds rate – the rate at which banks borrow from one another in private markets – from 1 percent to 1.25 percent. That the Federal Reserve would raise short-term borrowing rates is not wholly surprising – it started raising them incrementally in December 2015, when rates were still at 0.25 percent. What’s surprising is that the Fed announced it would also begin selling bonds that it had purchased as part of its quantitative easing program – the first time it has done so since the most recent recession ended.

The Fed stopped buying bonds in 2014. And now, for the first time since it started growing its balance sheet in 2008, it will sell them off. It will begin by selling $10 billion in government debt per month, increasing that amount by $10 billion every 3 months until, at the end of 12 months, it will sell $50 billion in bonds per month. Needless to say, this makes up only a relatively small portion of the central bank’s total balance sheet assets of nearly $4.5 trillion.

A Degree of Truth

When the Fed raises interest rates, regardless of how it elects to do so, it is generally seen as an indication that the economy is doing well. More people are employed, and companies can afford higher borrowing costs. This is true – to a degree. Interest rate raises are less an indicator that an economy is doing well than a sign that it has done well. Rate hikes are validation of strong economic performance. 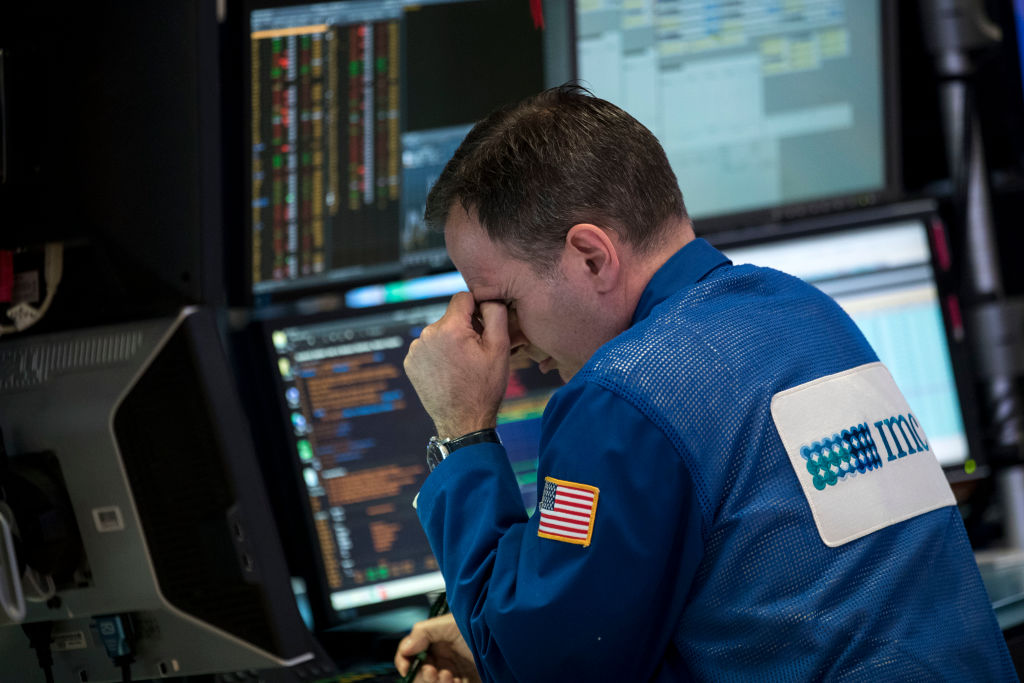 Rate hikes, however, can also foretell slower economic growth or recession. The traditional explanation for this is that higher interest rates restrict credit, which constrains business investment and therefore economic growth. But there is another way to view rate hikes: The central bank is aware that the economy can’t get much better, and since it can afford costlier credit now, it must take advantage of the situation so it has room to lower rates again when economic productivity slumps.

This is what the Fed is doing – beginning to shrink its balance sheet so that it can loosen monetary policy when the next recession hits. GPF forecast that the United States likely won’t experience a recession in 2017 but that signs of recession will begin to appear by the end of the year. The Fed’s selling its assets is one of those signs.

Predicting the precise cause of the next recession is difficult but ultimately irrelevant. What’s relevant are the recession’s geopolitical consequences. Cycles of expansion and contraction have historically occurred in the U.S. about every eight years at most. If the current expansion continues unabated for two more years, it will be the longest period since the end of World War II. Over time, the likelihood of a contraction grows. 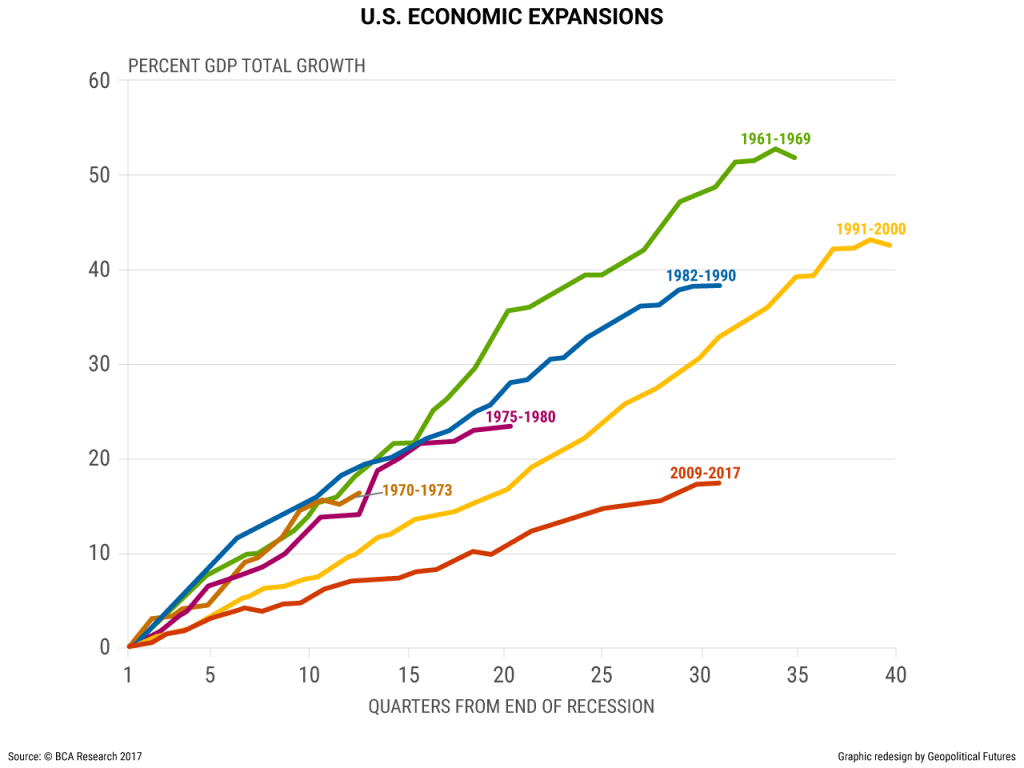 When the next recession comes – and it will – the United States should be able to weather the storm. Even if the contraction is particularly bad, say, 3 percent over the year, and is followed by a long period of deleveraging in which borrowers spend more time paying debt than investing, the country’s diverse economy and relative independence from exports will mitigate the effects of the recession. Times will be tough, but they won’t threaten Washington’s position atop the global order.

The same cannot be said for countries that need the United States to be economically healthy enough to buy their exports. One such country is Germany, which in 2016 exported 107 billion euros’ ($119 billion) worth of goods to the United States, accounting for 8.8 percent of its total exports and 3.4 percent of its gross domestic product.

Germany exports nearly as much (101.4 billion euros’ worth) to France and only a little less (86 billion euros’ worth) to the United Kingdom, two countries that have their fair share of problems too. France is struggling with stagnant growth, high unemployment and regional economic disparities. The United Kingdom’s economic future is likewise uncertain as it prepares for negotiations to leave the EU.

China depends even more heavily on the health of the U.S. economy than does Germany. Roughly 20 percent of Chinese GDP is generated by exports, nearly 22 percent of which go to the United States. In other words, 4 percent of its entire GDP rests in the hands of U.S. consumers. The government has imposed restrictions on its real estate market, which has begun to push home and development prices down. Since a large portion of the Chinese economy depends on its real estate market, Beijing must walk a fine line between growth and a real estate bubble. If its largest trading partner buys fewer goods, that line becomes even finer.

The U.S. economy has expanded slowly but steadily since the financial recession ended in 2009. By continuing to raise interest rates and by selling its assets, the Fed is showing that it understands what economic patterns since the 1940s have shown: that the United States is due for a recession. Washington should take comfort in the fact that it will remain the world’s only superpower afterward.

Oil in 2019: Booms, Busts and the United States