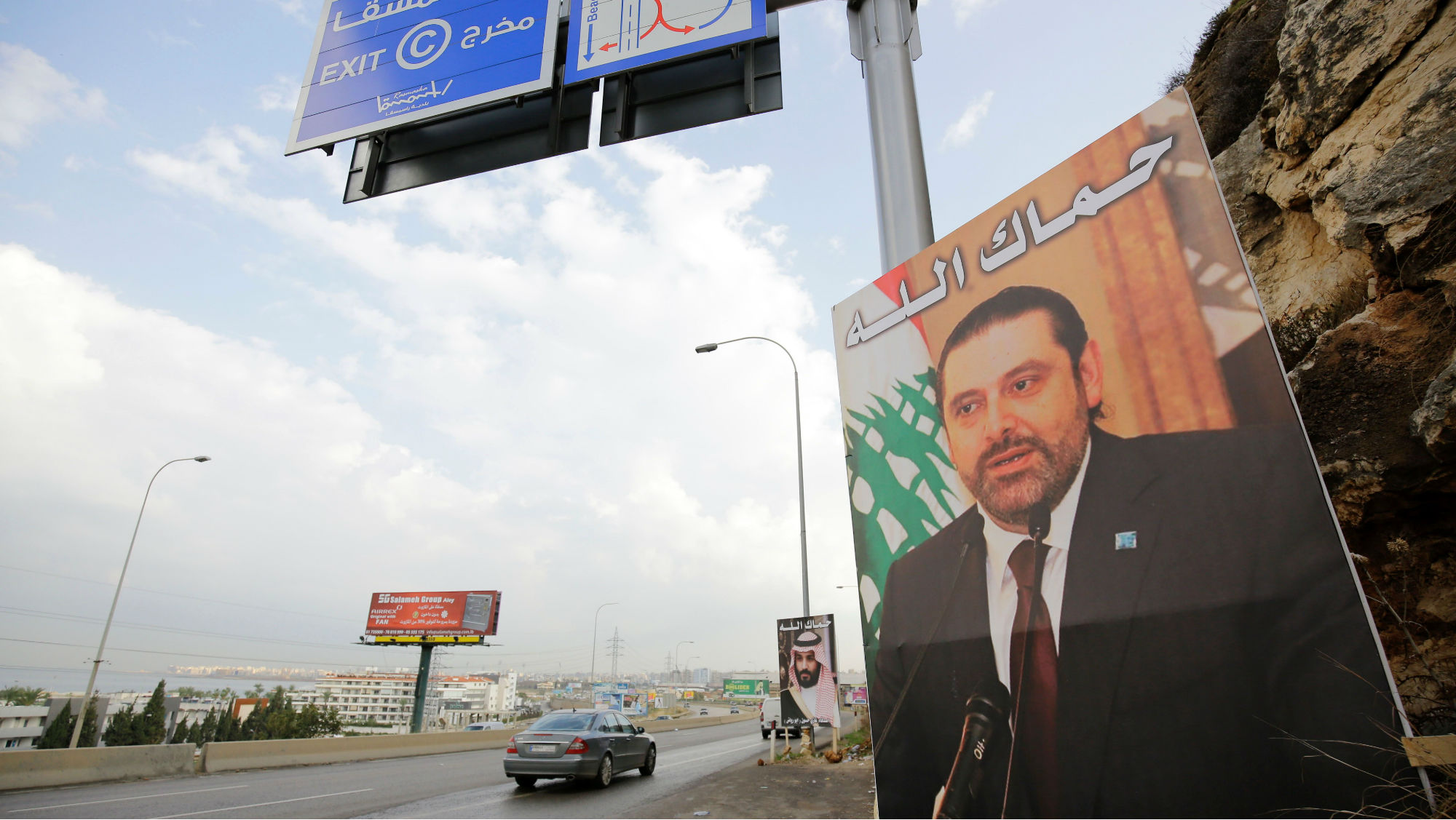 If the Middle East is at least in part a proxy war between Saudi Arabia and Iran, then Lebanon may be called its western front. For nearly two generations, Riyadh and Tehran have vied for influence there, as the country has been, with a few interruptions of stability, at once a hostage to and the object of their competition. The competition resumed this week, and it appears that Saudi Arabia is losing.

On Nov. 4, Lebanese Prime Minister Saad Hariri announced his resignation in a recorded message aired on Saudi media. In the message, he criticized Iran for interfering in Arab affairs and criticized Hezbollah for holding his country captive. He resigned, he said, because there was a plot to kill him. The next day, the Saudi minister of state for Arabian Gulf affairs accused Lebanon of declaring war on his country. Then, on Nov. 9, a Reuters report suggested that Hariri was coerced into resigning by the Saudis and is being held in the kingdom. The Saudi government has since called on all its citizens in Lebanon to immediately return home. Tensions have run high before, but the past week has been particularly acrimonious. 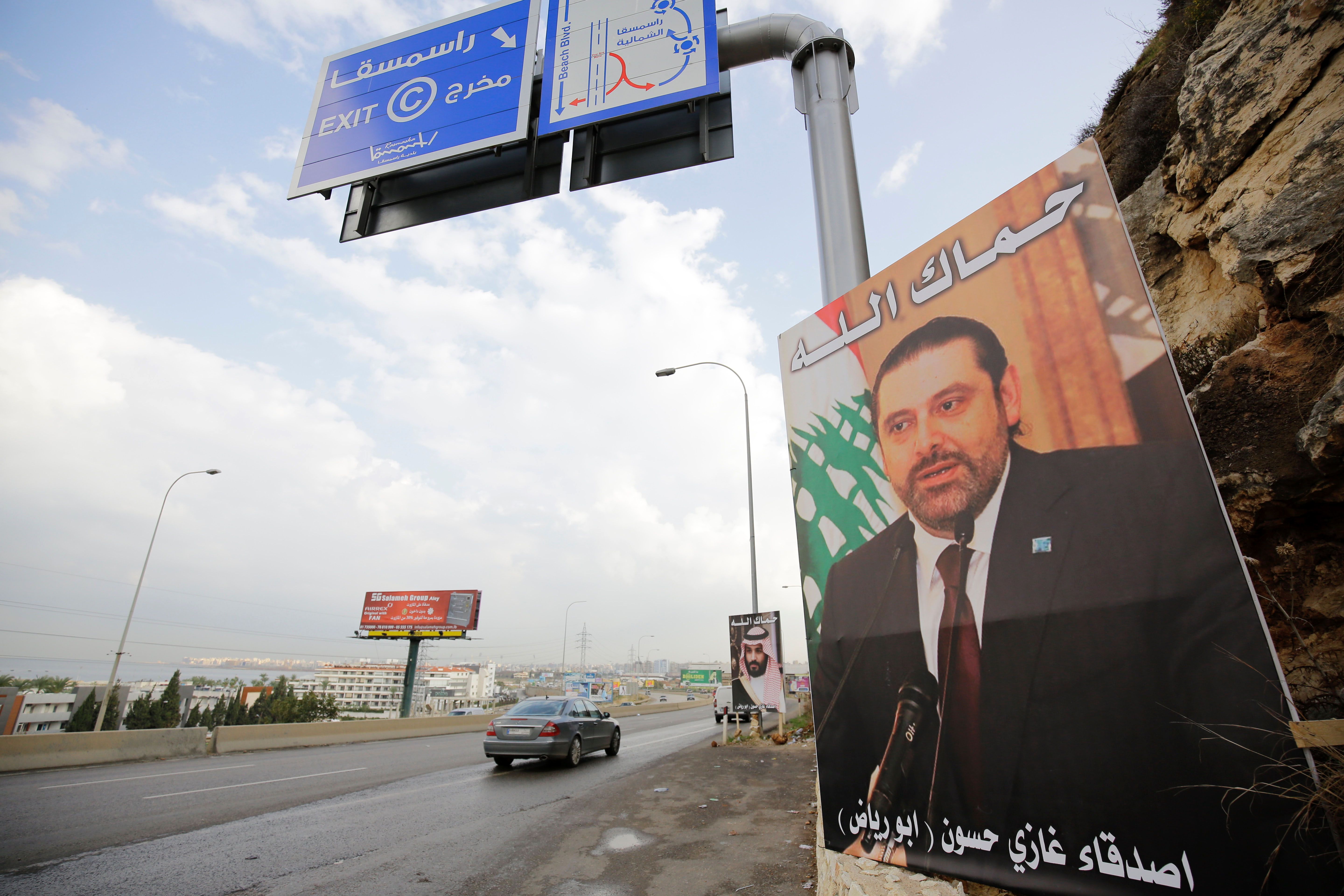 A poster of Lebanese Prime Minister Saad Hariri, who resigned in a televised speech, hangs on the side of a road with a phrase reading in Arabic “God protect you” in the northern Lebanese port city of Tripoli on Nov. 9, 2017. IBRAHIM CHALHOUB/AFP/Getty Images

Lebanon is a country divided, home as it is to Shiite, Sunni, Christian and Druze communities. Civil war wrecked the country for 15 years until a power-sharing agreement was reached in 1989. The treaty was in part a reconciliation between Saudi Arabia and Iran, which told their proxy groups that participated in the war to settle their differences. The accord named Syria the overseer of Lebanon, and for the next two decades, Hezbollah, a Shiite Islamist movement backed by Syria and Iran, gradually became the most powerful force in Lebanon.

It owes much of its rise to the Israeli invasion in 1982. The Israeli military remained in southern Lebanon until 2000, and in doing so gave Hezbollah an excuse to maintain a massive armed wing – even after it joined the political mainstream. It drew criticism after an international tribunal found Hezbollah to be involved with Syrian intelligence operatives in the 2005 assassination of Hariri’s father, former Prime Minister and Saudi functionary Rafik Hariri. Syria was forced to withdraw tens of thousands of troops it had stationed in Lebanon, but it maintained its influence through intelligence assets and through Hezbollah, which was jointly managed by Iran.

For years, Hezbollah’s armed wing was more powerful than the Lebanese military. Nurtured by the Iranians, Hezbollah would later withstand the 2006 invasion by Israel, and its resilience only added to its clout – and, by extension, to Iran’s. It became so influential that it was able to engineer Saad Hariri’s ouster in January 2011. A few weeks later, the Arab Spring started, and by March it had reached Syria.

For Riyadh, the uprising in Syria was a godsend. The kingdom had been losing ground to Tehran for some time, so if the Sunni majority in Syria could topple the government of Bashar Assad – which was aligned with Iran – then it would have broken the otherwise uninterrupted arc of influence Tehran had from Iran to the Mediterranean Sea. It would also weaken Hezbollah.

But it was not to be. The Syrian government, backed by massive amounts of Iranian (and Russian) support, reclaimed territory it had earlier lost to the rebels. Six years later, the government is nominally still in place. Through it all the Saudis and Iranians wanted Lebanon to stay out of the conflict. The Saudis were losing Syria and Iraq to Iran, and they therefore could not afford to lose Lebanon as well. The Iranians, for their part, had the upper hand and had no reason to disturb that reality.

Saudi Arabia had meanwhile been supporting Salafist jihadists in the Syrian conflict, hoping that they could effect regime change where the Saudi military could not. Instead, Riyadh inadvertently empowered groups likes al-Qaida and the Islamic State. And their rise actually undermined Saudi Arabia’s position in Lebanon. The main political Sunni faction there, Hariri’s Future Movement party, was in a state of decay, having been challenged for years by Sunni hardliners. Non-Sunni factions were scared of what empowered radical Sunni groups in Syria would do to them if Assad lost the war. Hezbollah’s participation in the Syrian civil war, then, benefited Saudi Arabia’s enemies in Lebanon.

The Lebanese peace agreement from 1989 was acceptable for Saudi Arabia – acceptable but not optimal. According to the agreement, the president would be a Christian, the prime minister would be a Sunni and the speaker of the parliament would be a Shiite. All major parliamentary factions would be represented in the Cabinet. The Lebanese presidency for years had been held by individuals who were neutral but sympathetic to Saudi Arabia. However, a key Hezbollah ally, Michel Aoun, was elected president roughly a year ago. The Saudis begrudgingly accepted Aoun’s presidency because it allowed them to negotiate Saad Hariri’s return from political exile.

But a lot can happen in a year, and Iran is more of a threat than it once was. The degradation of the Islamic State has strengthened Iran’s position in Syria and Iraq. The Assad government, now more than ever dependent on Iran, continues to reclaim territory. The Saudis, meanwhile, have been fighting a losing war in their own backyard. In Yemen, they have been unable to defeat opposition forces led by the pro-Iranian Houthi movement. Only a few days ago, Riyadh intercepted a missile allegedly launched by Houthis and allegedly supplied by Iran.

The only place Saudi Arabia can counter Iran is in Lebanon. If Riyadh can end the uneasy peace the country has had for the past few years, it could force Iran and Hezbollah to spend less time and attention in Syria and Iraq and more in Lebanon. But Saudi Arabia has its own problems and so is unlikely to be successful in this regard. Denouncing Lebanon is an admission of just how weak Riyadh has become.