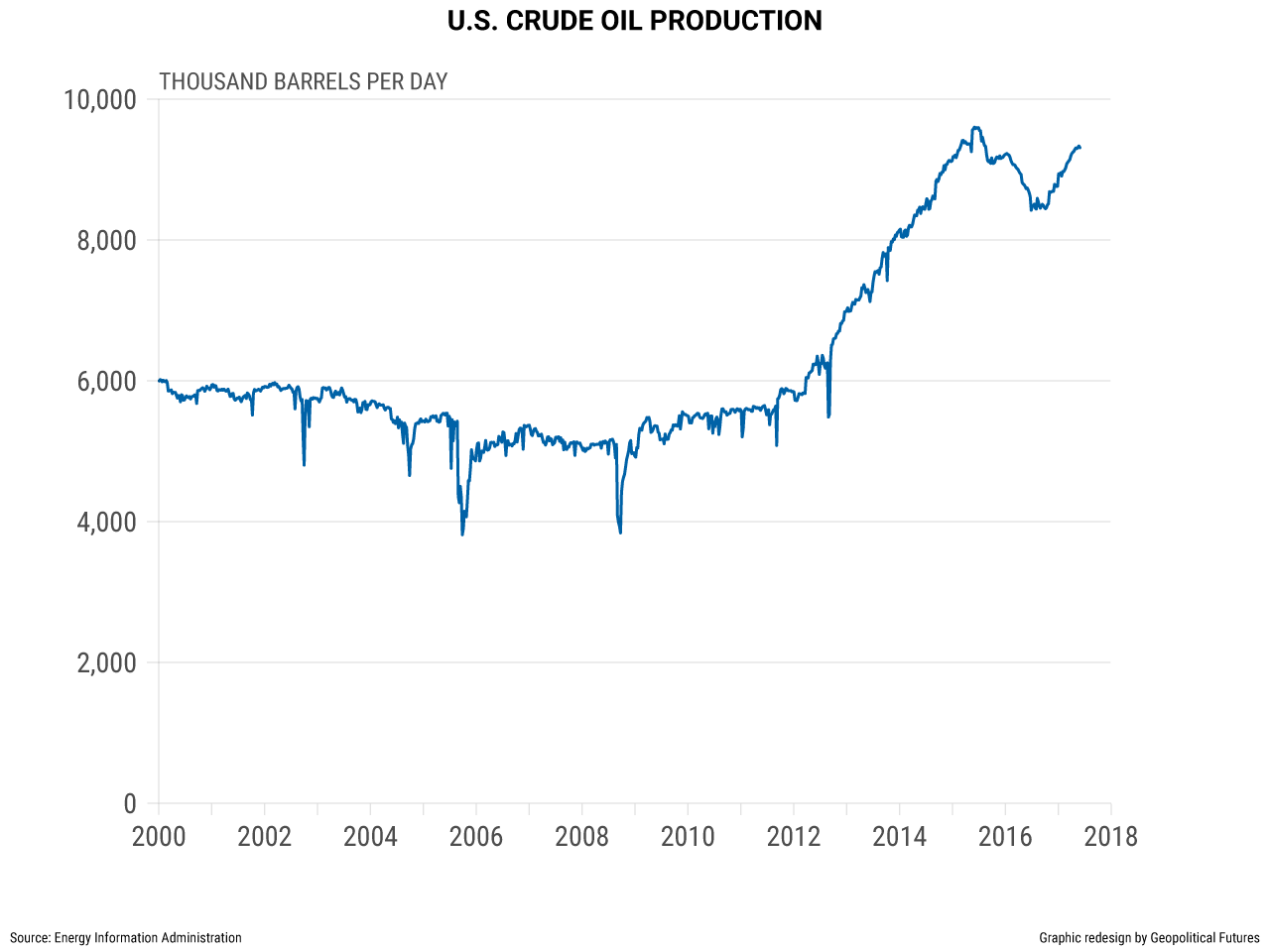 There’s no end in sight to slumping oil prices—good news for consumers but a dire development for major oil producers like Saudi Arabia and Russia. And now, rising US oil production and exports are contributing to the slump.

Last week, oil prices reached new lows for 2017, with Brent crude dipping below $48 per barrel and West Texas Intermediate dipping below $46. The drop has been attributed to an unexpected increase in US crude inventories, which rose by 3.3 million barrels last week (according to the US Energy Information Administration), despite expectations that it would drop by 3.5 million barrels.

The rise in production is compounded by rising US oil exports, since the US lifted a 40-year ban on these exports in 2015. This led to modest increases in oil exports in 2016 but substantial increases so far in 2017. This is a key reason prices will remain low in the long term.

Ebbs and Flows in US Exports

It is worth remembering why the United States banned oil exports in 1975 (exceptions were allowed at the discretion of the president). 1970 set a record for the highest crude oil production in the US, though this record will likely be broken in the next two years. The US was producing a lot, but it was also consuming a lot, forcing it to import more from OPEC states, which produced about 55% of the world’s oil in 1973.

This meant that OPEC could essentially control prices. And after the US backed Israel in the 1973 Yom Kippur War, OPEC retaliated by raising oil prices. This created a fourfold jump in prices and a global oil shock. One of the many ways the US responded was the 1975 Energy Policy and Conservation Act. This was designed to decrease its reliance on imports by banning oil exports, ensuring US-produced oil would only be consumed domestically.

Fast-forward to today, and supply is no longer as big a concern. The US has weaned itself off foreign oil, partly through technologies like hydraulic fracturing and horizontal drilling. In 2013, the US started producing more oil than it imported, and it hasn’t looked back. US crude oil production has almost doubled since 2010 and is already surpassing forecasts for 2017. In late 2016, the US Energy Information Administration estimated that the United States would produce 8.7 million barrels per day on average in 2017. New estimates suggest it will produce 9.2 million barrels per day in 2017 and up to 10 million barrels per day in 2018. 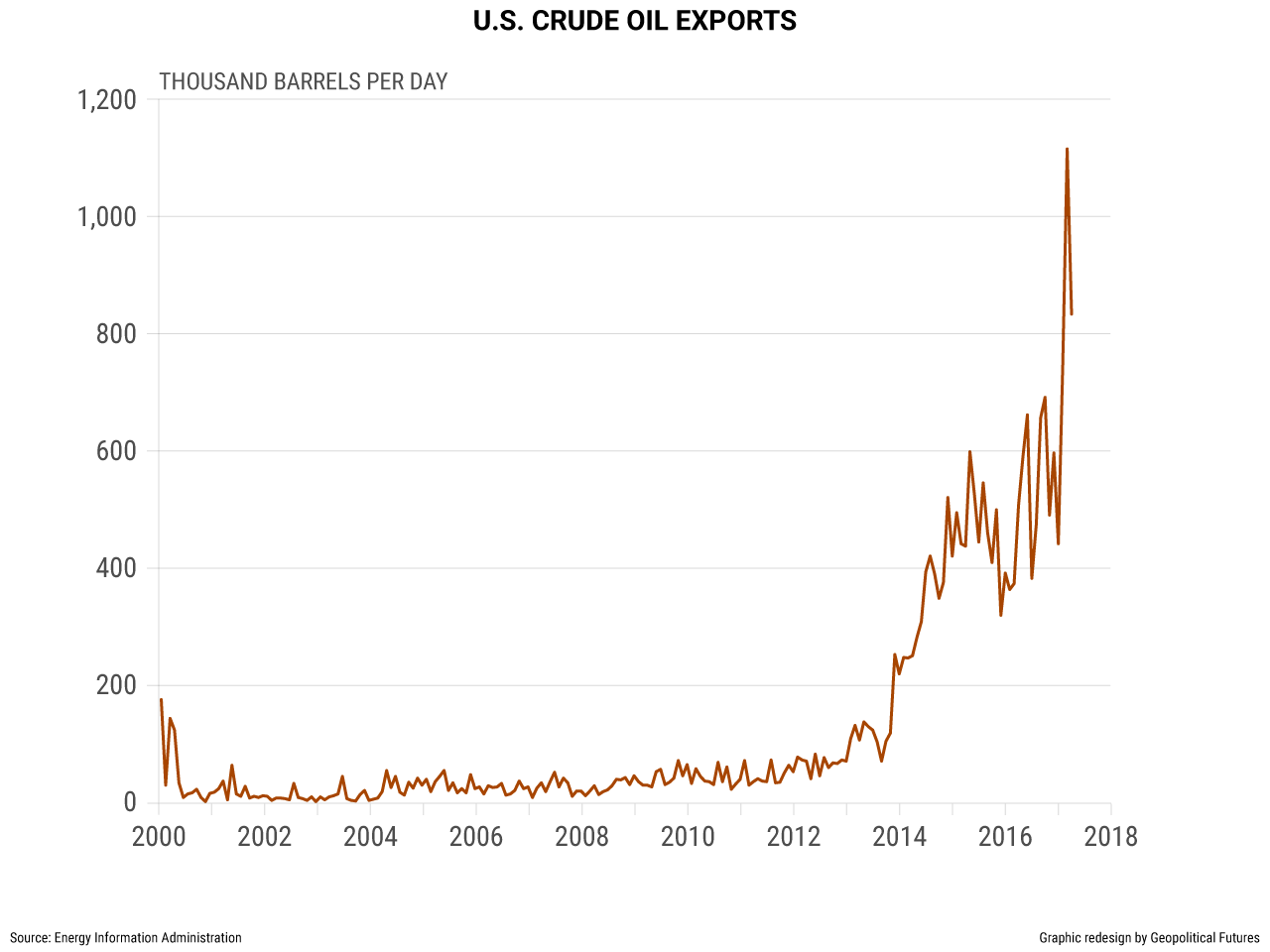 But it’s not just the US production numbers that are making waves: It’s the spike in US crude oil exports. The US exported 830,000 barrels of crude per day in March, a whopping 64.2% increase year over year. In February, it exported 1.1 million barrels per day, a nearly 200% increase year over year. According to The Wall Street Journal, the February numbers are closer to the new norm, as it expects the US to export, on average, roughly 1 million barrels per day in 2017.

A Disaster for Oil Producers

This is a huge challenge for major oil producers, especially Saudi Arabia and Russia. In December 2016, OPEC and its oil-producing partners agreed to cut production by about 1.8 million barrels per day, or roughly 1.5% of global crude production at the time. OPEC, led by the Saudis, has largely made good on this pledge, reducing production by 1.1 million barrels per day in the first quarter of 2017. The Russians have played with the numbers cutting production compared with December 2016 levels but not in year-over-year terms.

The OPEC deal managed to stabilize oil prices around $50 per barrel, and last month the cuts were extended for another nine months. If it were still 1973, that might have caused a jump in oil prices. But in 2017, OPEC produces only about 40% of the global supply, and the US is among the top three producers in the world. The price of Brent crude spiked to $54.15 per barrel after the cuts were extended but has since dropped almost 12% and may continue to fall. 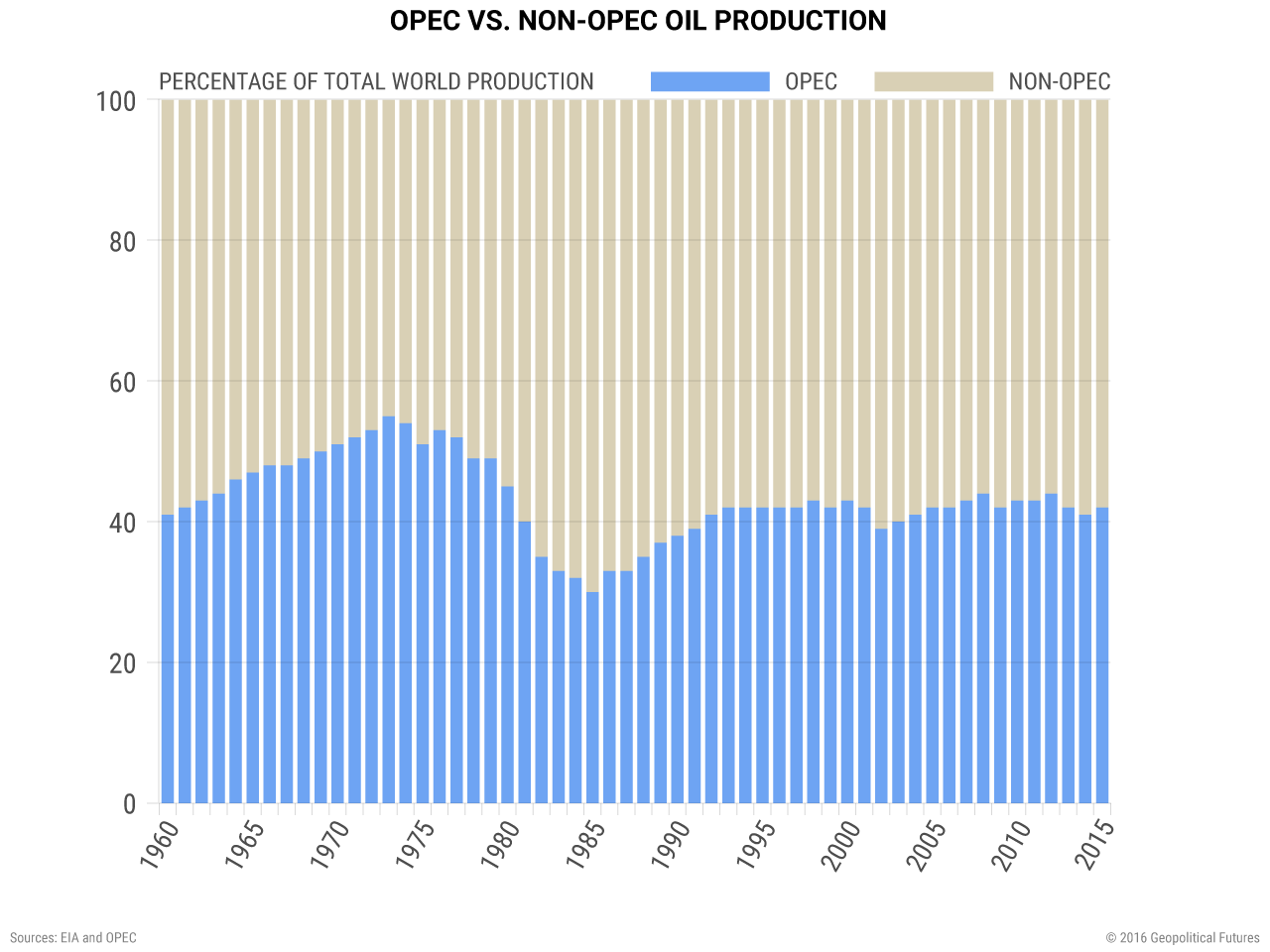 This means that even the combined forces of OPEC and non-OPEC producers can’t prop up oil prices unless they are willing to slash production more severely. It also means that there is enough oil on the market, partly from the US, to satisfy demand, even when major producers limit their supply. Maintaining prices at current levels is the best outcome these producers can hope for. But even this comes with the downside of losing market share to competitors, without getting oil prices back to the levels that Russia and Saudi Arabia would need to stabilize their economies. 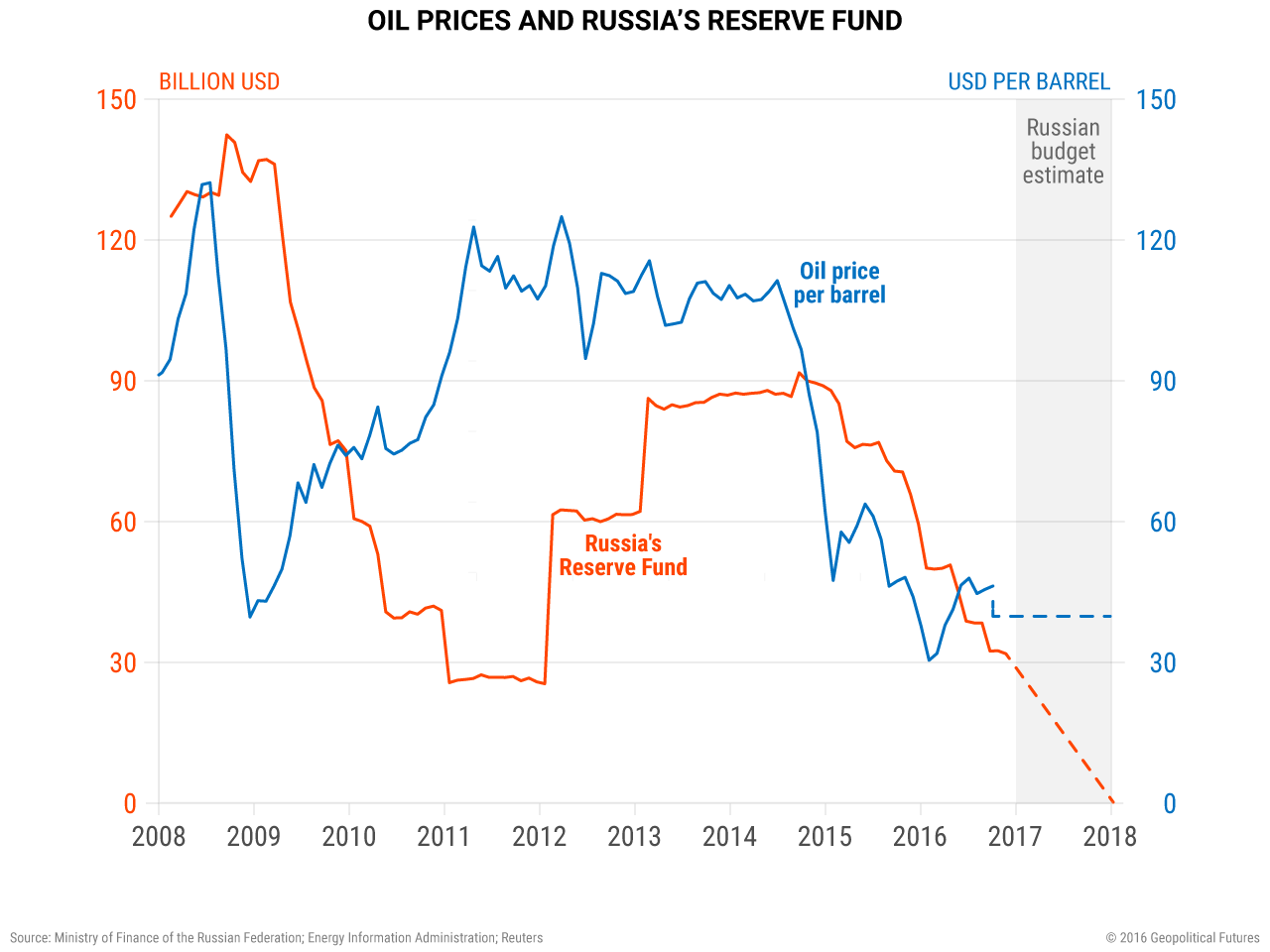 When we discuss US power in the world, we often trot out a few key points: The US economy accounts for just under a quarter of global gross domestic product; it has a military force without peer in the world; and its economy is not dependent on exports. We can now add the following points to this list: The US is the third-largest oil producer in the world; it is less dependent on oil imports than at any point in the last 40 years; and it is stealing customers from Russia and Saudi Arabia even with prices as low as $50 per barrel. Even a few years ago, US shale producers would have found it hard to make a profit at that price, but they are succeeding at that now. Oil prices are going down, US oil exports are going up, and the ramifications will be global.

Turkey in the Long Run