The G-20 meeting held this weekend included many people, but the stars were the ghosts of David Ricardo, the father of free trade theory, and Niccolò Machiavelli, the father of political realism. Ricardo had a rough weekend.

At the insistence of the United States, G-20 members agreed to drop the forum’s commitment to free trade. That agreement was reached at one meeting and was contained in a single document. Such agreements and documents are far from written in stone. Nevertheless, it must be regarded as a historical moment. While many G-20 nations have practiced protectionism by formal or informal means when it suited them, allowing the commitment to free trade to be excluded from the agreement represents a fundamental shift in a concept that has been central to global economics for more than a generation, and sacred since Ricardo made the case for it.

The politics of this decision was simple: The United States insisted that the commitment be left out of the document. President Donald Trump campaigned on a platform arguing that free trade is not a principle, but rather a tool for improving the economic conditions of nations. If free trade failed to do so, it should be discarded. Trump argued that many nations, such as China, had not practiced free trade, although they had benefited from it. In any event, the United States would examine trade relations and tariffs against a simple criterion: Does it benefit the United States? 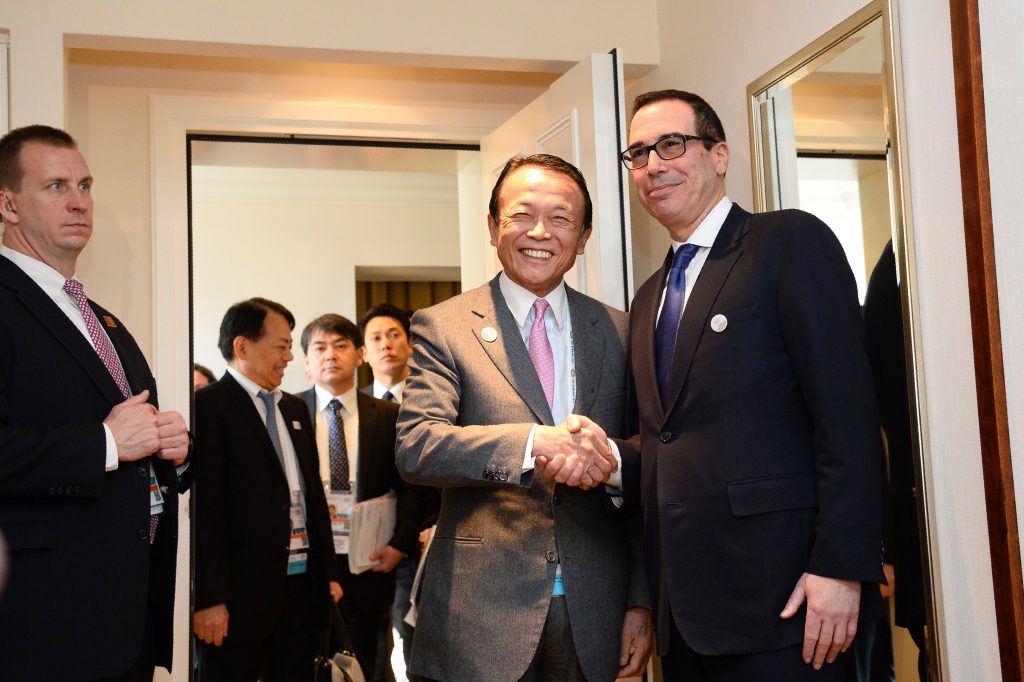 The U.S. indicated that it would not sign the G-20 agreement if it contained wording on free trade. While there is much discussion on U.S. decline, the country still produces about 25 percent of the world’s GDP, which is a huge amount. Therefore, any document on global economics that does not contain an American signature is irrelevant. Not that the G-20 is averse to irrelevant pronouncements, but in this case, the U.S. wanted a showdown on free trade, and the other members backed away. The G-20 recognized that the handwriting for free trade is on the wall, once the United States put it there.

In the end, each nation pursues its own interests. For the most part, free trade has appeared advantageous to all of them. But the problem is that we are in an export crisis, as we have previously discussed at Geopolitical Futures. The year 2008 threw Europe and the United States into a recession. This cut China’s exports at a time when other countries were becoming increasingly competitive. While industrial commodity markets expected China to resume its exports and purchasing of raw materials, prices remained high. When it became evident that China would not return to prior export levels, the prices of oil and other industrial commodities collapsed. As long as the global economy remains sluggish – growing at less than 2 percent – those export numbers will not rise. Exporters are hostages to importers, and importers are not buying.

Whatever the theoretical virtue of free trade, the current problem is how to pump up economies so that they can afford more imports. Exporters are depending on importers to improve their own economies so that they can buy more exports. But increasing demand based on domestic consumption alone is difficult. Low exporters can do it, but increasing consumption in order to buy more goods from other countries can only undercut recovery. Politically, in the post-2008 world, recoveries must be based on domestic consumption buying domestic production.

Free trade theory is, in the abstract, powerful. It dictates that if all nations concentrate on selling what they are most efficient at producing, leaving the rest to others, everyone will benefit. Accordingly, if the United States is not as efficient at producing steel as it is at producing computer code, it should stop producing steel and produce more computer code. The theory of comparative advantage that Ricardo laid out makes a great deal of sense abstractly, and the international system has since been in awe of the principle.

This principle has two problems. The first is distribution. Ricardo wrote at a time when labor was fungible. A farm laborer could adjust to working in a factory in 1800, for example. Therefore, as product profitability shifted, new products would be produced, and laborers would shift jobs.

Steel workers are not computer coders, and they probably won’t learn the skill. Labor is no longer fungible. The outcome of this is that when you close steel mills to take advantage of software product, GDP may increase, but so will the worst kind of unemployment: non-cyclical unemployment that leaves workers without an equivalent salaried job for the rest of their lives. In some social Darwinian sense this is acceptable, but in extending social Darwinism to politics, politicians are not going to let that happen.

The second problem is timing. A favorite phrase of economists is “in the long run.” The problem is that that human clock and the economic clocked run at different rates. Over the next 50 years, abandoning an industry to concentrate on another makes sense. But to a 45-year-old worker, this means his life will be ruined. Put enough lives at risk and the political system will intervene. True, we are depriving people 50 years down the road of the payoff, but our willingness to immiserate ourselves and our children for the wealth of the unborn doesn’t exist. The political system is constantly intervening in the economic system and imposing suboptimal solutions on the economic system. But the economic system is constantly producing solutions that are politically unsustainable.

The distribution of the wealth of nations and the time it takes for the payoff are things that really don’t come to the fore until you have a massive shift in political reality triggered by a major economic malfunction. The 2008 crisis was not a normal cyclical event. It was not the kind of normal irrationality markets practice. Instead, it changed the entire economic dynamic of most of the world. That has triggered a massive political shift. Free trade was easy to absorb prior to 2008. The situation for many was deteriorating, but cushioned by growth, and not progressing that quickly. After 2008, deterioration accelerated and the cushion kept getting thinner and thinner.

The law of comparative advantages meant that the production of many things would shift overseas, either by building factories in low-wage areas or importing products. The focus was on those things at which the U.S. excelled, such as technology, financial services and the rest. This created the social distinction that dominated the last U.S. election. The law of comparative advantages benefitted coastal areas and parts of the interior, while much of the interior lost ground at a rapidly increasing rate.

Income distribution was being bifurcated before 2008. After 2008, it was bifurcated at an accelerating pace. The U.S. West Coast and the Northeast, home to technology, financial services and such things, emphatically supported Hillary Clinton. Depending on the circumstances, the rest of the country (a vast overgeneralization) saw free trade as a threat to their current incomes and future hopes. They voted for Trump. The U.S. then told the G-20 that free trade is off the table, and the G-20 agreed. Because regardless of who is president, the U.S. is the 800-pound gorilla.

And so we come to the visit of China’s President Xi Jinping to Trump’s Mar-a-Lago Florida estate to meet with a president who can’t budge on free trade and still maintain his constituency. Xi can’t give up on free trade without increasing pain in China, a country he is struggling to manage. Ricardo is wincing. Machiavelli is grinning ear to ear.

The Crisis of the Medical Establishment