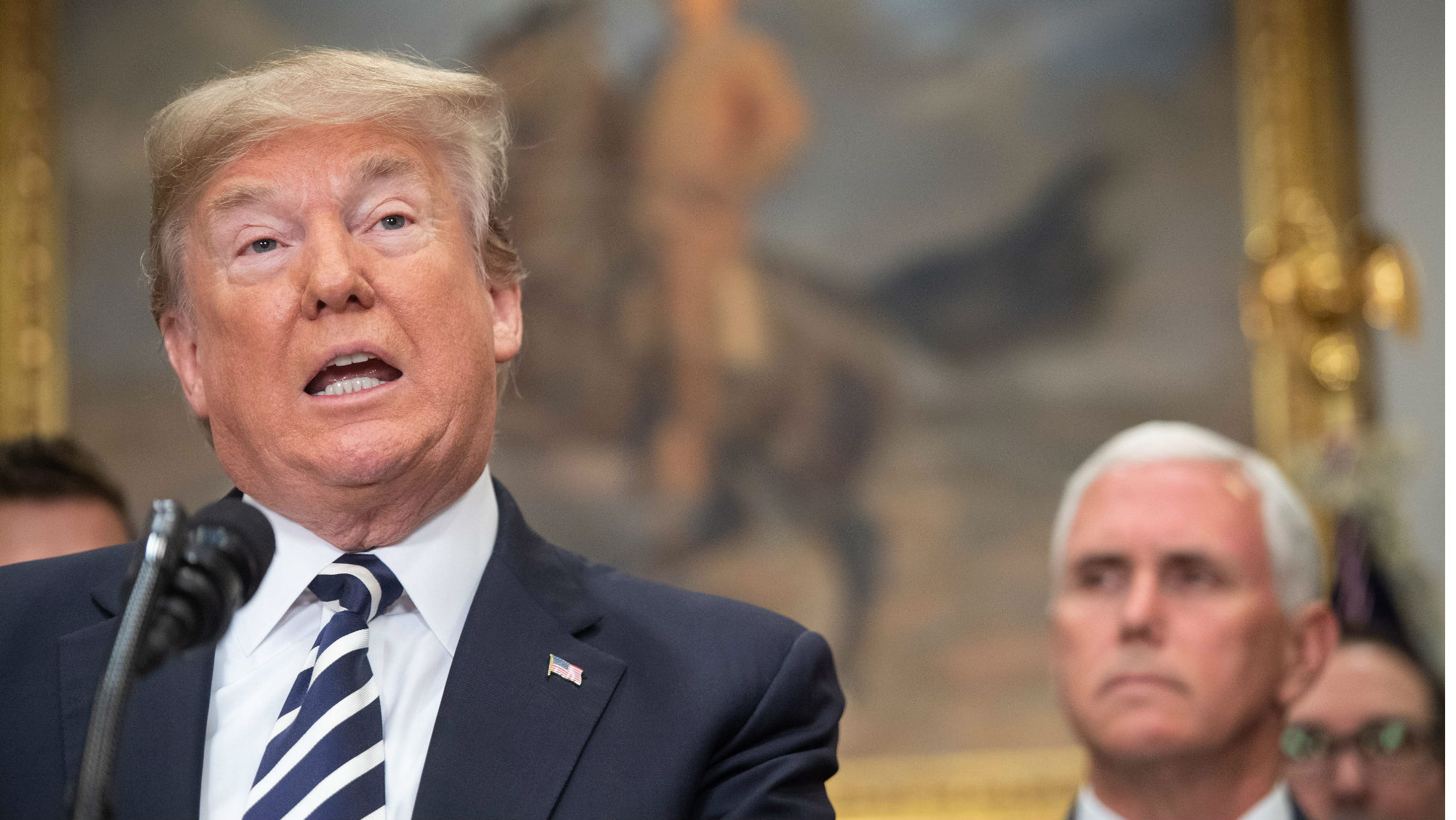 In an era in which reality is so often defined by how well something can be quantified, politics is a stubborn outlier. Some aspects are quantifiable, especially as they relate to military strength or economic conditions: We can measure the number and range of Iran’s missiles, or the widening wealth gap in the United States. But data (especially economic data) is imperfect, and it’s often deceptive. For instance, that Iran has a certain number of missiles says nothing about the quality of the missiles, let alone whether Iran would use them. “Political science” emerged as an academic discipline in the 19th century out of a desire to treat politics like a science – to define its truths in terms of empirical data, not ancient Greek philosophical principles. But exclusive reliance on data is no better than exclusive reliance on theory. And unfortunately, especially in the United States, political science has become not just data-driven but data-obsessed.

The limitations of this approach can be observed clearly in a debate raging over the importance of U.S. “credibility” in the world. The U.S. made three major foreign policy moves this month: It pulled out of the Iran nuclear deal, it has been inconsistent on trade disputes with China, and canceled, at least temporarily, a planned summit with Kim Jong Un next month. In both the U.S. and abroad, it is becoming a common refrain to hear that U.S. credibility has been damaged as a result of these moves, and that this has the effect of eroding U.S. power and creating more geopolitical instability.

Determining whether this is true is more difficult than it may seem. After all, how does one measure credibility? We could survey a large sample of people in a foreign country and ask whether it is commonly believed that the U.S. will follow through on its promises, but the results would be imprecise – and mostly irrelevant. Answers would vary based on the issue, and more important, it’s foreign governments, not their citizens, that must decide whether the U.S. is trustworthy after the foreign policy decisions of this month.

And Americans themselves are unreliable judges of U.S. credibility abroad because of the political history of the term in America. The credibility question was ubiquitous in the 1960s not because of the United States’ relationship with foreign governments but because a “credibility gap” opened up between the Lyndon B. Johnson government and the American electorate. The Johnson government relied on key statistics (like “body count”) to claim that the U.S. was winning the Vietnam War even as the situation was getting no better. Richard Nixon’s Watergate scandal widened the trust gap still further. Ironically, when Americans refer to the credibility of the U.S. abroad, they are often projecting their own lack of confidence in their government onto others.

Yet despite the shapelessness of the term credibility, and despite the political landmines surrounding discussions of it, it is not a discussion that can be avoided. The reliability of U.S. promises is not an academic question. The U.S. became involved in the Vietnam War precisely because it feared the implications for its containment policy against the Soviet Union if it allowed Vietnam to fall into communist hands. What was at stake was not so much Vietnam but the value of a U.S. security guarantee. The same is true, albeit on a much smaller scale, of Russia’s 2008 invasion of Georgia. Russia was not interested in conquering Georgia so much as it was interested in demonstrating that a U.S. security guarantee was worthless, and therefore that countries in the Caucasus would do well to make their peace with a resurgent Moscow.

Credibility, then, is as much perception as it is reality. The Iran nuclear deal is a useful example. The stated goal of the Joint Comprehensive Plan of Action (as it is officially known) was to prevent Iran from acquiring nuclear weapons. But the U.S. and Iran each conceived of the JCPOA in very different terms. The U.S. wanted a willing partner in the fight against the Islamic State. It got a partner that was too willing, because after IS was all but defeated, Iran aggressively pushed into the region and began testing missiles. Iran wanted to rejoin the global economy and secure legitimacy for its foreign policy moves in the region. The deal was concluded by two weak administrations, and in the U.S. it wasn’t even given the status of a treaty, meaning it was easy to cancel.

Those who advocate remaining in the JCPOA argue that leaving the deal is catastrophic for U.S. credibility. They find useful corroboration of this position from Iran’s president, for whom the U.S. withdrawal is disastrous, and from European leaders who are primarily interested in buying cheap Iranian oil. Those who advocated leaving the deal think that Iran is a menace with no credibility of its own and that it is better to take the hit to U.S. credibility than to remain in a political arrangement that empowers a U.S. adversary. It’s hard to argue that U.S. credibility has been damaged while Iran is trying to buy the Iraqi election and is building bases on the Israeli border.

The U.S.-North Korea issue is different, if less immediately weighty. The Trump administration appeared poised for a summit with Kim Jong Un, only to withdraw from the summit via a letter that boasted of the United States’ own nuclear arsenal and gave the primary reason for the cancelation to be the “tremendous anger and open hostility” of recent North Korean statements. The Trump letter came days after the U.S. insinuated that Libya was a good model for North Korean denuclearization, an eyebrow-raising suggestion considering the U.S. helped topple Moammar Gadhafi’s regime in Libya in 2011. Now the U.S. and North Korea are talking again, and the summit may be back on – or it may not. The whole issue has become a farce.

But it is a farce that could be damaging to U.S. credibility. North Korea released U.S. prisoners, toned down its criticism of U.S.-South Korea military exercises, and appeared to dismantle a nuclear test site. Though Iran, strictly speaking, was not violating the terms of its deal with the U.S., Washington could at least point to violations of the spirit of the agreement. Not so with North Korea.

The U.S. has also been losing the larger credibility battle in East Asia. U.S. credibility in the region won’t rise and fall depending on whether Trump and Kim share a cheeseburger, but it matters whether countries in the region trust the United States. And on this issue, North Korea already achieved a major objective months ago when it exposed deep cracks in the U.S.-South Korea security relationship by pushing the U.S. to the brink of a military strike. North Korea also successfully demonstrated to U.S. allies like Japan that U.S. resolve in halting North Korea’s nuclear program is mainly rhetorical.

What this all really comes down to is that the United States is at the center of the world order, and when the United States acts in ways that other countries don’t like (or that political factions within the U.S. don’t like), it often manifests as the weakening of U.S. credibility. Sometimes the issue of reduced U.S. credibility is real, as it is in Asia, where the power of the U.S. is declining (compared to China and Japan), and where the United States’ inconsistent approach to the North Korea issue is producing unease, not a tactically useful level of unpredictability. Sometimes, however, credibility is simply a scapegoat for a policy disagreement or divergent strategic interests. Either way, the issue is not so much that the U.S. broke this or that agreement as it is a much broader lack of strategic clarity dating back to 1991 about how and to what end the U.S. wields its power in the world.

More than anything, the conversation about credibility is a veneer that hides the true nature of international politics. Ultimately, the best indicator of how a country is going to behave is not what its leaders have said or agreed to, but what its interests dictate. Consider that in 1939, Nazi Germany and the Soviet Union signed a non-aggression pact. I can think of no two political regimes whose credibility in keeping the terms of such a pact could have been lower – and yet they signed the pact, even though both were planning on eventually breaking it. Those who worry about U.S. credibility have a notion that U.S. exceptionalism means the U.S. keeps its word when all other countries don’t, or more optimistically, that politicians can be trusted. That’s a pleasant fiction. The U.S. is a country like any other, and it can be trusted to act in its interests at all times. The problem isn’t so much that the U.S. cannot be trusted, but that the U.S. is often unclear about what those interests are, an unfortunate byproduct of thinking about politics as an algebra problem.