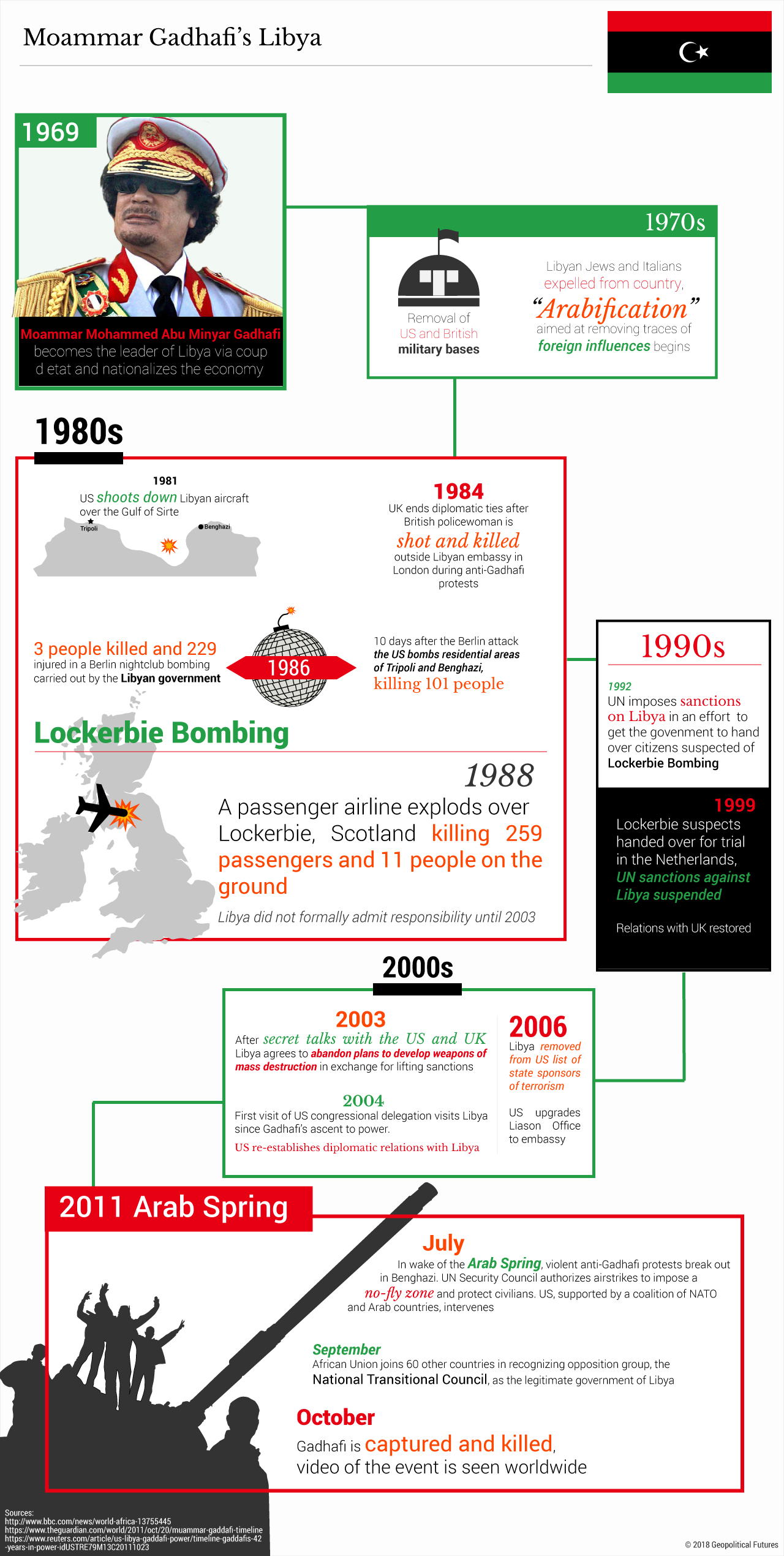 The United States has canceled its meeting to negotiate an end to North Korea’s nuclear weapons program. One of the many points of contention was not just if Pyongyang would denuclearize but how it would denuclearize. Some in the Trump administration advocated what is colloquially called the Libya model, a total abdication whereby former Libyan leader Moammar Gadhafi gave up his nuclear program, only to die partly at the hands of the United States years later. The graphic above provides a timeline of the events surrounding this deal.

Why Russia Is Threatening the US in Syria