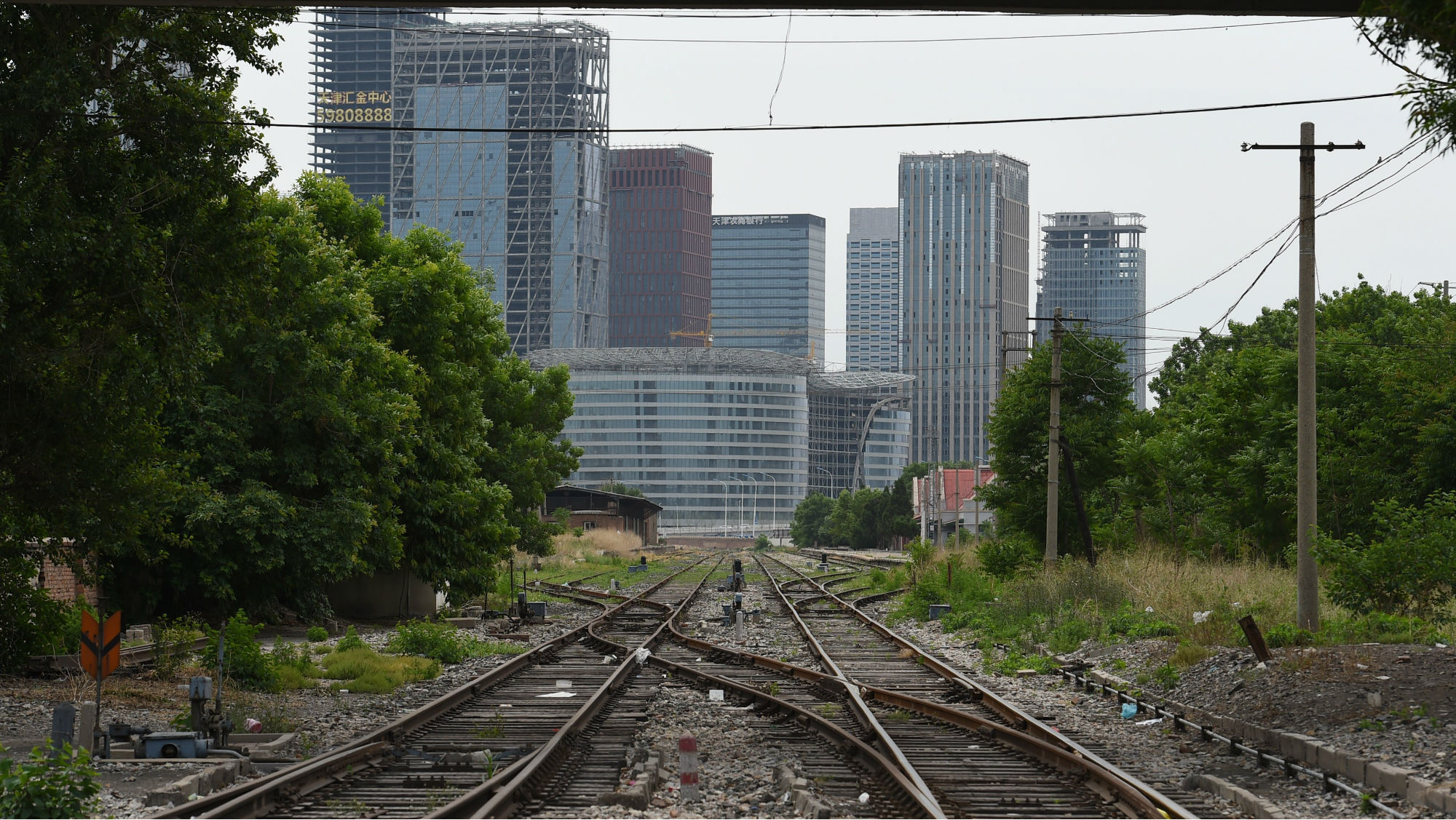 Two cities in China’s Inner Mongolia region recently canceled planned mass-transit rail lines, and several other cities are struggling to get approval for projects of their own. These cancellations and delays mark the latest step in Beijing’s efforts to rein in local government debt. But Beijing will face problems implementing these measures because the interests of the central government are often misaligned with those of local governments.

In 2015, central authorities encouraged cities to build new infrastructure such as rail lines to maintain economic growth. Beijing has since downplayed the need for growth, and has instead laid out a new strategy whereby cities prioritize the management of financial risk and the creation of a higher quality of life for China’s growing middle class. For this new strategy to work, Beijing will more closely scrutinize fixed asset investment, enforce existing environmental rules, and implement an annual property tax. But the central government won’t be able to do any of this without the help of local officials, most of whom are more concerned with advancing their careers than they are in being stewards of their cities. The surest route to promotion in the Communist Party, after all, is stimulating economic growth. Supporting efforts to tame China’s burgeoning debt will not help these officials climb the party ranks.

China has prided itself on being a meritocracy in which government officials receive promotions based on performance rather than popularity. For several decades, economic performance and growth rates were the major metrics used to evaluate civil servants. The system was rife with corruption, but corruption was tolerated so long as it didn’t interfere with economic growth. Now that the era of fast growth at all costs is over, and financial risk management is the priority, the party has revised how it promotes members. It plans to focus on things such as social harmony, ecological protection, and quality of life – things that are much harder to quantify.

In 2012, at the beginning of President Xi Jinping’s first term, the party made environmental protection a key component of government evaluations. But local officials still seem convinced that the path to promotion is through economic growth. Between July 2016 and September 2017, more than 12,000 officials were disciplined for not implementing government regulations. Ensuring compliance has been difficult because regions that generate more economic activity tend to generate more pollution. Local officials often have to choose between the two.

For some, the choice is easy. A 2013 study carried out by researchers from Beijing’s prestigious Tsinghua University and the National University of Singapore found that officials who invested in transportation infrastructure had a higher chance of being promoted than those who invested in environmental protection. Put simply, more promotions were given to civil servants in cities that had higher economic growth. Local officials use reliable strategies that have worked in the past – strategies like leasing land to raise revenue and funding large infrastructure projects that create demand for industrial goods and labor.

Indeed, infrastructure development has been the bread and butter of local governments seeking to boost growth over the past three decades. This makes the recent cancellations of projects in Inner Mongolia, along with a central government crackdown on lending for fixed asset investment, all the more shocking. The National Development and Reform Commission, a Beijing-based entity that must approve mass transportation infrastructure proposals, canceled two projects – rail line extensions in Hohhot and a subway system for Baotou – that were already under construction.

Pressed by an administration that solidified its power in October for another five-year term, the NDRC has discouraged local governments from using transportation infrastructure projects to boost economic growth. Officials from cities such as Wuhan, Xianyang and Yantai told Caixin, a major financial publication, that they were also unlikely to move ahead anytime soon with their own planned projects.

The NDRC’s power over mass transportation infrastructure gives it some control over local officials who need access to the financial system, which is largely state owned, to fund the projects they want to develop. Other areas of concern such as regulating pollution, however, are harder for Beijing to control at the local level. Take, for example, the city of Tianjin, where the government made no attempt to curb economic activity (and therefore pollution) but made every attempt to convince Beijing that it was. It manipulated air quality data, blocked sewage outfalls to meet water quality standards, and fabricated meeting documents. Tianjin is no backwater – it is one of four city-level governments in China, with more than 15 million residents and only 60 miles from Beijing. Still, Tianjin officials chose to break the law because ignoring environmental rules benefits their own careers. Local taxes are paid based on production, which incentivizes the government to ignore caps on pollution to ensure a steady stream of public revenue. 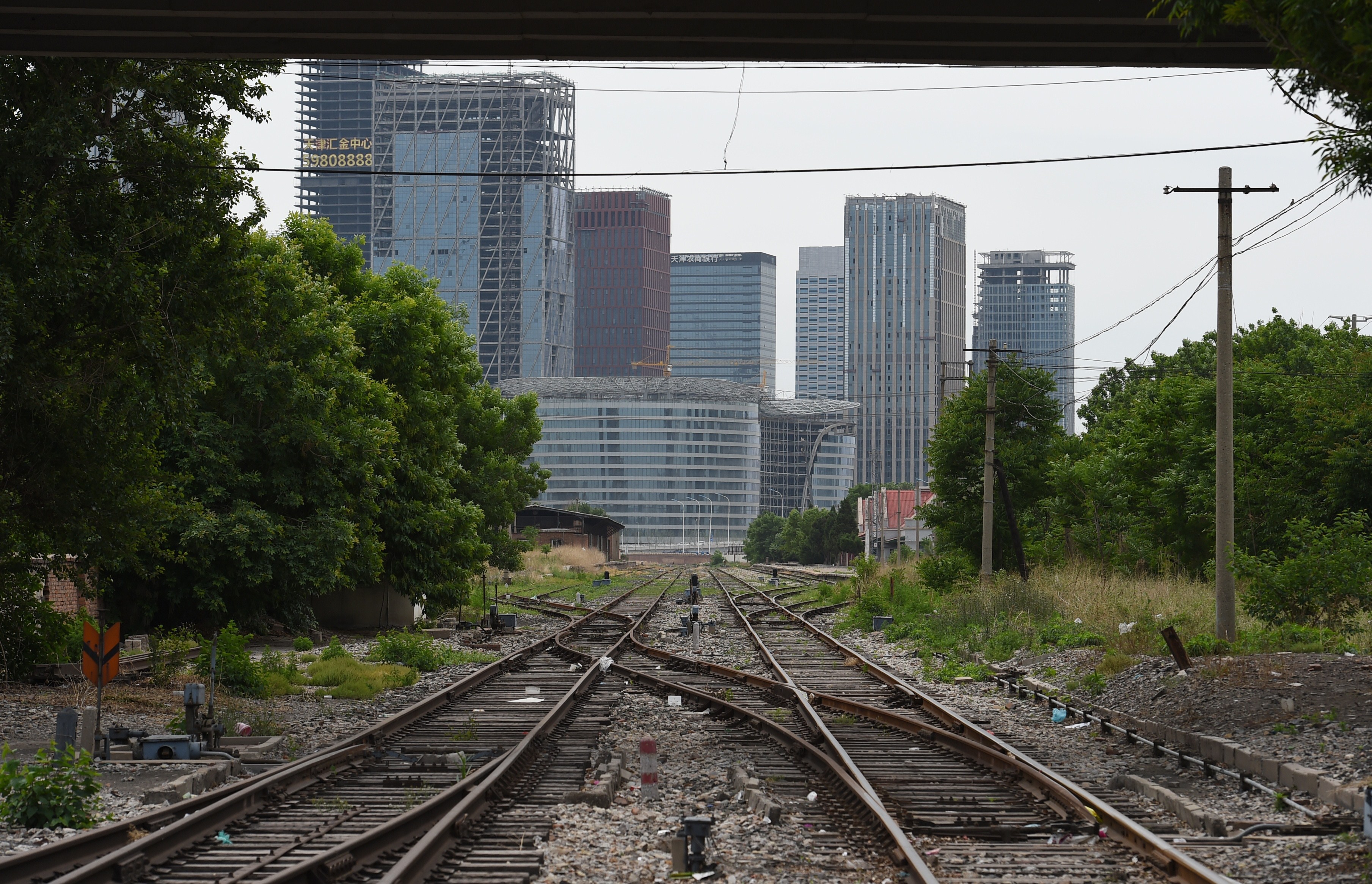 This photo taken on May 14, 2015 shows new buildings near old railway lines in the new Yujiapu financial district, in Tianjin, in northern China. GREG BAKER/AFP/Getty Images

Beijing has also disagreed with local governments over how to manage property taxes. In January 2017, Chinese Premier Li Keqiang encouraged local authorities to create an annual property tax, but progress so far has been limited. The central government believes that an annual property tax would create a more sustainable and predictable revenue stream for local governments. In China, land taxes are paid by developers at the time the land is sold, based on the duration of the land lease, and by the owners once the properties are sold by the developers. This means local governments receive two large payments, two to four years apart, when they lease land. There are several problems with this arrangement, but the most notable is that it encourages owners to hoard property and wait for it to appreciate. This restricts supply, which raises property prices. Local governments benefit from this system, because higher prices mean more revenue. In 2016, land-use leases accounted for nearly 30 percent of local government income, and as much as 50 percent in some municipalities.

Local authorities are also concerned that a change in the tax scheme could harm the real estate sector. In 2017, ratings agency Moody’s estimated that 25-30 percent of China’s gross domestic product is linked to final demand for property and construction, so many jobs are tied to this industry. Because Chinese officials are regularly transferred to different cities and provinces, they are less concerned with the long-term health of the local government’s finances. They prefer quick land sales and stable employment rates that enhance personal performance reviews.

China is beginning to come to terms with its economic problems and with its skyrocketing debt. Solutions, however, are tough to implement. Greater central government control over local authorities is part of the solution, but local government officials still have some agency. Barriers at the local level will not necessarily break Beijing’s will to reform, but they will definitely make the road ahead more difficult.