In 2005, Robert Barro and Rachel McCleary published a Harvard University study with the goal of determining whether and to what extent the presence of state religion influences the religiosity of the population. The study concluded that state religion does indeed increase religious participation and belief. One of the datasets in the study, however, was more interesting to us for its insight on the relationship between religion and politics at three distinct moments in history – 1900, 1970 and 2000.

Similarly striking is that countries were more likely to have a state religion in 1970 and 2000 if they had one in 1900. This may seem intuitive, but the study found the correlation especially strong in countries that did not experience major change in their political regimes – that is, the countries where state religious institutions significantly affected political life happen to be those that were also the most politically stable. Whether a strong state religion is the cause of that political stability is an open question, but that stable religious and political institutions are often present simultaneously is abundantly clear. One area the study does manage to indicate causation is in answering the inevitable chicken-egg question: Does state religion lead to popular religiosity, or does popular religiosity lead to state religion? It turns out the latter is more commonly true: State religion in the 21st century usually emerges from the grassroots level rather than being imposed by the state.

One of the fundamental aspects of Western political thought in the modern world is the idea that there should be separation between religion and the state. In the first 17 centuries or so, religion played an overwhelmingly political role not just in state governance but in international relations. But in the past three centuries, religion’s overt role in politics has been reduced, as it is often relegated to the private rather than the public sphere. But that does not mean that religion plays any less of a role in shaping communal worldviews and attitudes, nor that people’s beliefs affect politics any less than they did before. It only means that the influence is subtler and less direct, which is why this study is so important as a starting point for thinking about what this map may look like in 2030, and what that might mean for relations between states.

Jacob’s Take and Your Questions Answered 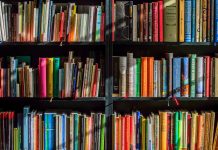 What We’re Reading: Paying the Price for Fracking and Schisms 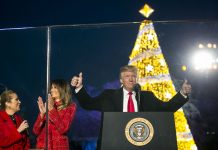 The War Over Season’s Greetings

Origins of World War I