Ensuring the stability of a longstanding authoritarian regime isn’t easy, a lesson Uzbek President Shavkat Mirziyoyev is surely learning. He was elected in 2016 after the death of Islam Karimov, who ruled during the Soviet era and parlayed his power into a tightly controlled presidency when Uzbekistan gained its independence in 1991. Under Karimov, there was little room for political freedom and even less for religious expression, so adamant had the former leader been on the tradition of secularism.

Things appear to be different under Mirziyoyev, who has enacted several ostensibly liberal reforms since assuming office. He seems to be more engaged with the international community. He says his government will allow nongovernmental organizations like Human Rights Watch to operate in Uzbekistan, provided they do not interfere in its domestic affairs, and BBC may soon be allowed entry as well.

More important, Mirziyoyev is allowing religion, particularly Islam, to play a much larger role in civil society. His government has recognized Islamic seminaries as institutions of higher learning. It has begun to use Islamic education as a tool to combat terrorism. It has sought to rehabilitate radical Islamists in the eastern Andijan region, the site of a major uprising in 2005, and to offer amnesty to Uzbek extremists if they voluntarily surrender to authorities. 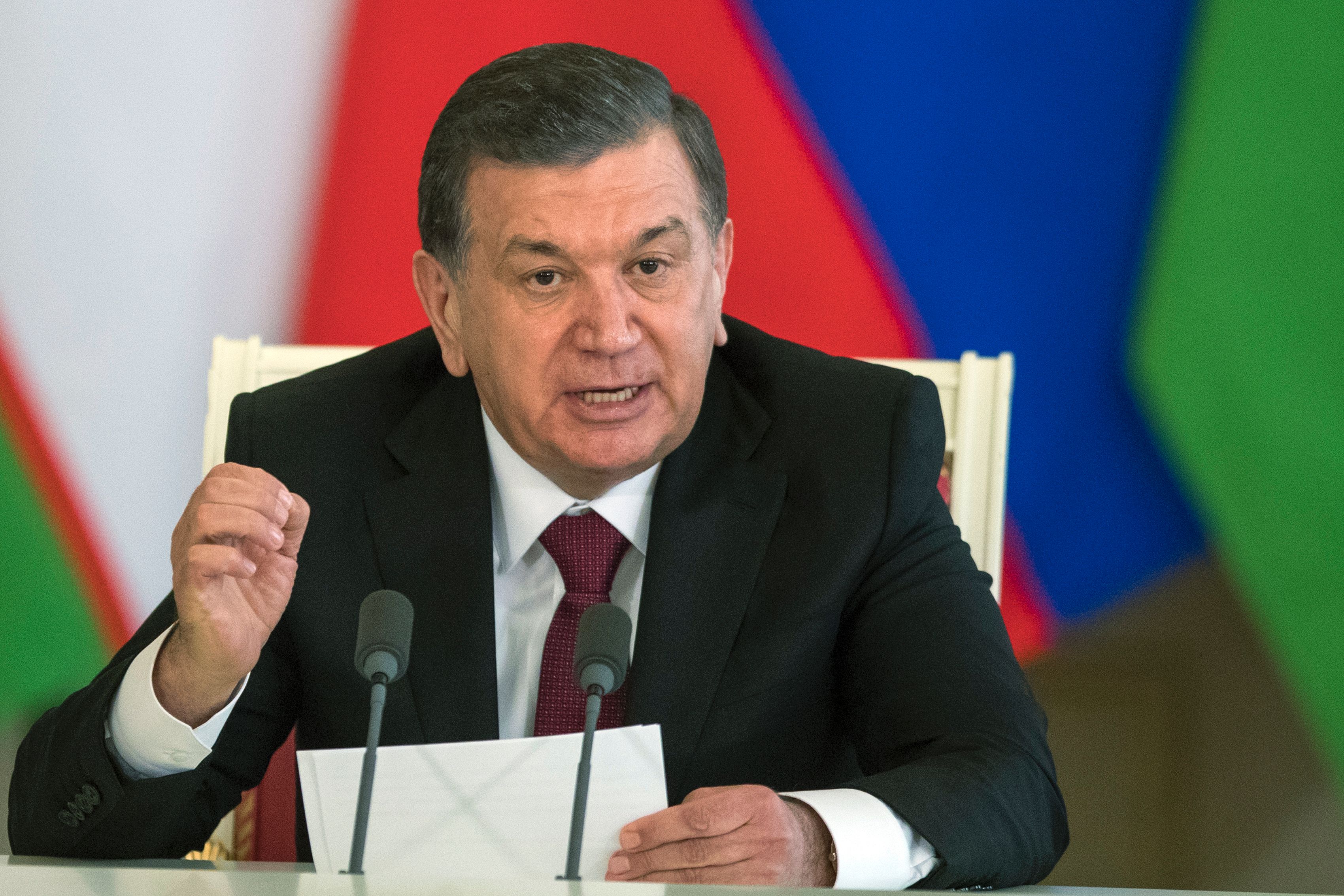 Uzbek President Shavkat Mirziyoyev speaks during a joint press conference with his Russian counterpart following their meeting at the Kremlin in Moscow on April 5, 2017. PAVEL GOLOVKIN/AFP/Getty Images

It’s easy to understand why Mirziyoyev would embolden his country’s religious elements. As a new president without the longstanding loyalty his predecessor had, he needs to consolidate his power. Part of the strategy to do so is to placate different segments of society. He has tried to change his country’s image as a police state, transforming the police force into a more socially oriented, effective and accountable law enforcement agency. He has also started a major anti-corruption drive. Ultimately, Mirziyoyev knows that whoever rules the country does so at the pleasure of its various clans, and while Karimov was able to strike a balance among these groups, Mirziyoyev is not confident he can do the same.

Hence the compulsion toward reform. He needs to establish himself as the undisputed leader, and sometimes that requires a different approach than a leader’s forebears. Mirziyoyev figures that if he has the public on his side, the political elite will fall in line. It’s a logical strategy, considering the vast majority of Uzbek citizens are religious. He appears convinced that the old ways of suppressing dissent, especially religious dissent, are obsolete.

The problem is that, in emboldening Uzbekistan’s Islamists, Mirziyoyev will make things worse for the country and the region. The average Uzbek citizen will almost certainly see the president’s reforms as a welcome reprieve from persecution. But Islamists will see them as an opportunity.

Uzbekistan is a reliable if sometimes overlooked source of extremism. It is the birthplace of Central Asia’s most formidable Islamist group, the Islamic Movement of Uzbekistan, which spread across Central Asia and even expanded to South Asia. A transnational radical Islamist group known as Hizb-ut-Tahrir has an established presence there, and Uzbek nationals form a substantial portion of jihadist movements such as al-Qaida and the Islamic State. This is partly why Karimov cracked down so hard on Islam in the 1990s and 2000s, earning a reputation (not the good kind) as being tough on terrorism.

Uzbekistan’s Islamists will regard Mirziyoyev’s reforms as a sign of weakness – perhaps rightly so. When secular states, especially secular autocracies, try to leverage religious constituencies for political purposes, they usually create the kind of religious extremism they sought to avoid. Since the 1970s, Islamists have benefited greatly from secular Muslim regimes’ attempts to pacify them, most notably in Pakistan, Egypt and Yemen. They only hastened the destabilization process. Mirziyoyev probably knows the risks but is afforded very few options, constrained as he is by the geopolitics of Uzbekistan, a landlocked country riven by clan divisions and religious extremism.

Mirziyoyev’s reforms show that he intends to govern differently than his predecessor. But flirting with political reform is flirting with disaster because it raises the question of whether secular states can incorporate religion. History shows that they typically can’t, and there is no reason to believe Uzbekistan will succeed. This is a foreboding prospect for an already unstable region where the affairs of one country usually spill over into the others.