Washington and Ankara appear to be reaching a resolution on their long-standing conflict over the Syrian Kurds. The tension between their conflicting views of the Kurds came to a head on March 2 when Turkish Foreign Minister Mevlüt Çavuşoğlu stated that Turkey will strike the Kurdish-led Syrian Defense Forces (SDF) if they do not leave Manbij, a city near Turkey’s southern border. But actions rather than statements dictate geopolitics, and Turkey is signaling it is prepared to act against the Kurds. This in turn forces Washington to re-evaluate its relationship with the Kurds. Now, the U.S. and Turkey will have to solve their differences over the SDF in Manbij before moving on to Raqqa. Unless the U.S. and Turkey clearly define the role of the Kurds in the battlespace, they will not be able to mount an effective assault on Islamic State’s capital. 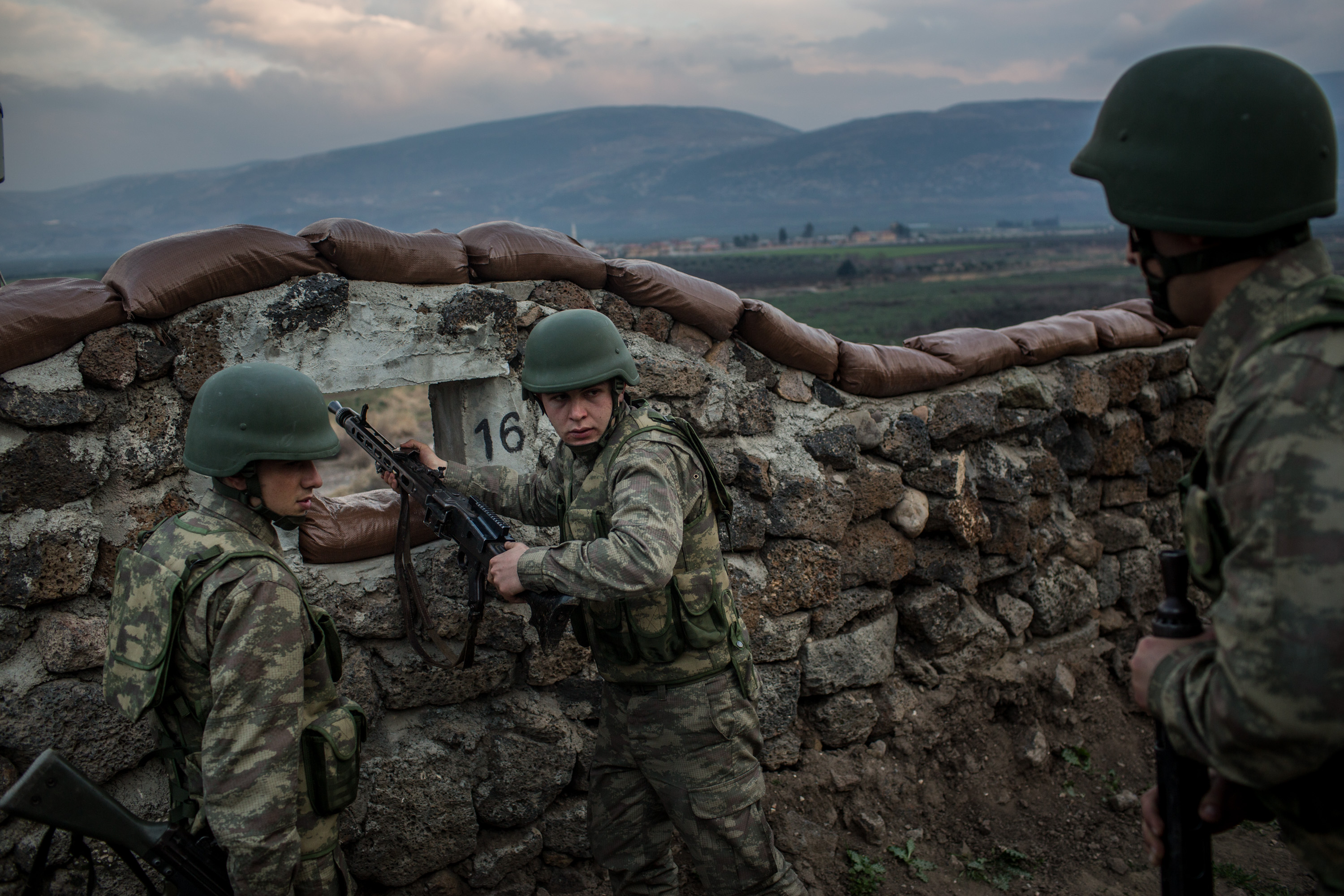 Turkish soldiers from the 1st Border Regiment Command run through alert drills at a military outpost on the Turkish-Syrian border on March 2, 2017 in Kilis, Turkey. The military exercises were held to display the new border wall and new security measures such as thermal scanning and patrols by the new Tactical Armoured Reconnaissance vehicles (Kobra-2) that are being used to tighten Turkey’s border. Chris McGrath/Getty Images

With the battle for Raqqa on the horizon, the U.S. and Turkey have begun to align their interests. Taking the de facto capital of the Islamic State will require large-scale integration of international forces, particularly Turkish and U.S. forces. Before they are able to ally against the Islamic State, they must deal with their differences over the role of the Syrian Kurds on the battlefield. Since the start of the Syrian conflict, the U.S. and Turkey have had fundamentally different views of the Kurdish population in the region. While the United States views the Kurds as an effective but limited fighting force, the Turks see the Kurds as terrorists trying to enhance their strategic position near the southeastern Turkish border.

For Washington, SDF was a convenient partner in the fight against Islamic State. The U.S. needed more fighters on the ground, but it was not willing to commit its own troops. The SDF provided necessary manpower. However, the power of the Kurds is limited, and for Washington the Kurds were a means to an end. Turkey, however, is essential to U.S. strategy in the Middle East and around the world.

Manbij was a strategic IS stronghold in 2016, because it provided a corridor for supplies as well as foreign fighters. The U.S. backed the SDF in their successful battle for Manbij. Winning Manbij established a defensible foothold in northern Syria for the Kurds, and more importantly, it curried favor with the United States, which could protect them from the Turks.

The Kurds had neither the desire nor the capability to push deep into IS territory alone. But it was important that they prove themselves useful to the United States at a time when the Turks were reluctant to enter the fight. In working with the U.S., the Kurds gained territory, arms and greater legitimacy in the eyes of the international community. The Kurds did not achieve statehood through cooperating with the Americans, but they appeared to be moving in the right direction.

The U.S. then leveraged support of the Kurds against Turkish reticence. Washington sees Ankara’s support as the key to defeating IS, but inspiring the Turks to action required time and coercion. Using the SDF as a stopgap fighting force fulfilled both of these goals. Turkey couldn’t tolerate Kurdish presence in northern Syria, and Ankara is now taking action to deny the Kurds territory that they gained in Manbij.

Turkey makes little distinction between the Syrian Kurds occupying Manbij and the Kurdistan Workers’ Party (PKK), a Marxist rebel group that has been fighting for an autonomous Kurdish state in Turkey since the late 1970s. The PKK has carried out consistent terrorist attacks within Turkish borders. The PKK along with the Syrian Kurds are fighting for the same goal of a unified Kurdish state. This state can only be formed in defiance of Turkish regional power. Therefore, from Turkey’s perspective, Kurdish ambitions have to be crushed, leaving the Kurds where they have always been, stateless.

Up to this point, the United States has maintained a precarious balance between the Turks and the Kurds. While the U.S. has given the Kurds light arms and provided special forces in an advisory role and to assist missions, the U.S. has no ambition to support Kurdish statehood or provide materiel that could be used to take statehood by force. The administration of President Donald Trump has praised the Kurds, but it has not put forth a clearly defined strategy to either support or block Kurdish goals. Here again, we see American rhetoric versus reality. While it was useful to buy short-term gains through supporting the Kurds, American interests ultimately lie with Turkey.

The question here is not what the U.S. wants to do, but what it has to do. The Kurds are not an autonomous state actor with a large military apparatus. Turkey is a rising regional power with its own military and strategic air bases from which the U.S. conducts aerial operations and provides support in the fight against IS. Turkey is an indispensable ally to the United States not just in the fight against IS but in its strategic position in the world. The U.S. regularly partners with the Turkish military, including launching air missions using the Turkish air base Incirlik. In recent negotiations, a leading Syrian Kurdish politician decided that the Syrian Kurdish militias would not take part in the assault on Raqqa, opting instead to secure the city’s periphery. This is because the Kurds are a supplemental force and not a regional power.

The United States’ imperative is to defeat Islamic State while limiting its exposure in the Middle East. Turkey’s imperative is to suppress the Kurds and project power into the region. In between these two objectives is a perforated band of Kurdish groups that cannot achieve statehood.

Shortly after the Turkish foreign minister made the statements about the Syrian Kurds in Manbij, a deal was struck between Russia, the Syrian army and the SDF to hand over control of towns in western Manbij district to the Syrian army. The hope is this will create a buffer zone between the SDF and Turkish-backed rebels. This buffer zone buys the U.S. time to assess its next steps in the Middle East, but ultimately the path forward lies with the Turks, not the Kurds. The U.S. and Turkey are approaching a defining moment. Ankara has forced Washington to question its stance on supporting the stateless Kurds in exchange for allying with a rising power in the Middle East.

Real Clear World – What Is Bitcoin?