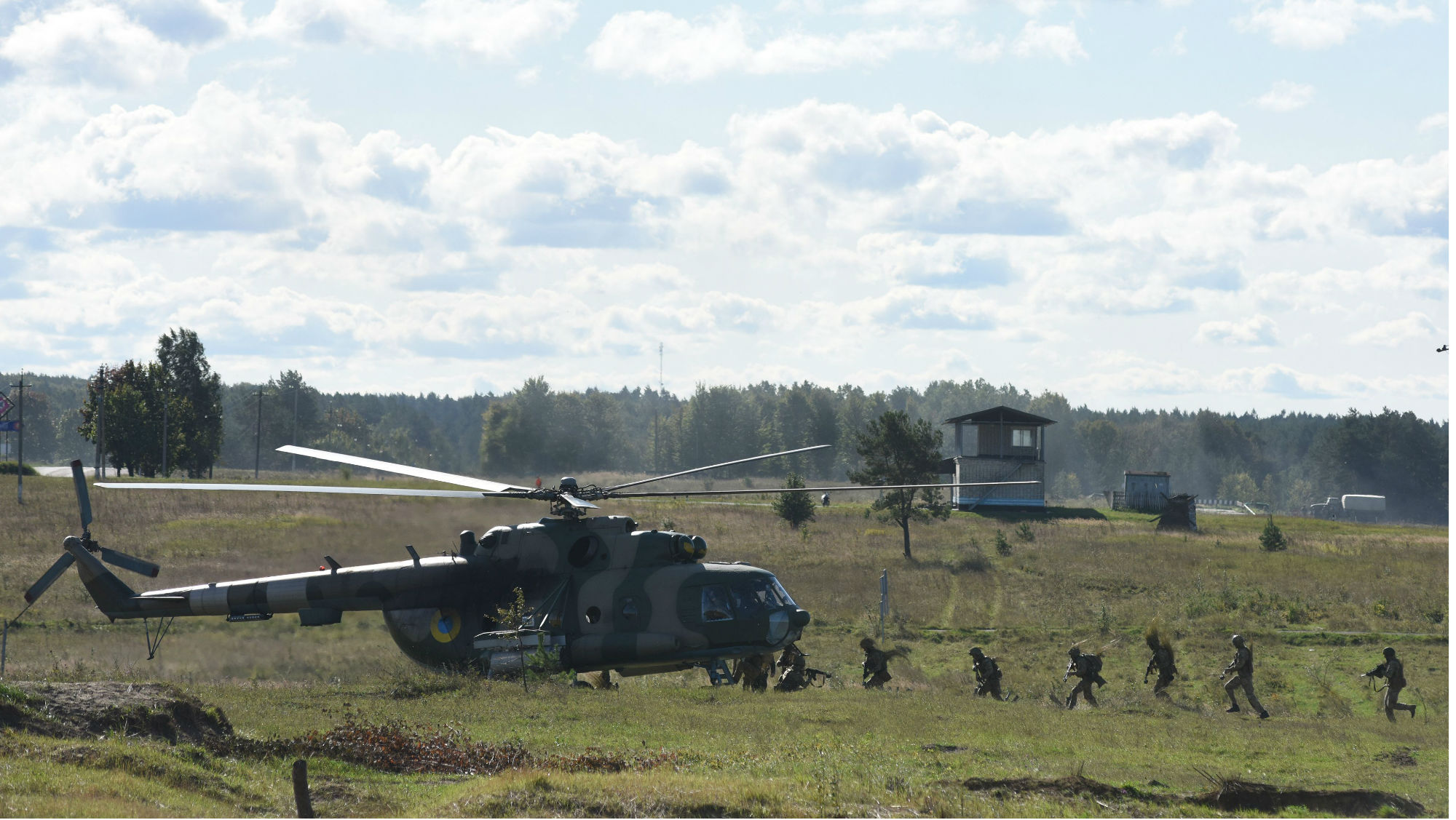 The conflict in Ukraine has developed an interminable quality. We are now over three years into the war in Donbass, and every day brings new updates on cease-fire violations or steps forward and backward on implementing the Minsk accord. This can make it hard to determine when conditions have actually changed. There have been a few key developments lately, however, that suggest real change is in the offing. The likeliest shape of this change is an acceptance of the stalemate and formalization of the status quo so that the fighting can finally stop. It’s a little too soon to say that this is what’s happening, but the early indicators are there.

The first indicator was a meeting between the newly appointed U.S. special envoy to Ukraine, Kurt Volker, and one of Russian President Vladimir’s Putin’s top aides, Vladislav Surkov. The two met in Minsk on Aug. 21, and although no major developments arose out of the meeting, both sides characterized it as cordial and honest. It was a startling characterization given that the meeting occurred amid a firestorm related to new U.S. sanctions against Russia and the possibility that the U.S. would provide Ukraine with new weaponry.

The second indicator came Sept. 5, when Russia’s Ministry of Foreign Affairs submitted a draft resolution to the U.N. Security Council that raised the possibility of sending U.N. peacekeepers to eastern Ukraine to provide security in Donbass for monitors from the Organization for Security and Co-operation in Europe. Putin endorsed the plan himself, describing the deployment of the peacekeepers as “absolutely appropriate” at a BRICS press conference in Xiamen, China. This was an about-face for Russia, which had consistently blocked the idea of U.N. peacekeepers in the region. Germany’s foreign minister said the move could be a “first major step towards lifting anti-Russian sanctions,” which meant it could also be a first step toward removing a stumbling block in Russian-German relations.

Neither the U.S. nor Ukraine, however, reacted favorably to the Russian proposal. This is because the initial proposal said that the U.N. peacekeepers could be deployed only along the line of contact between separatists in the Donbass region and Ukraine. Ukraine wants the peacekeepers stationed not at the line of contact but at what it views as the border between Ukraine and Russia. 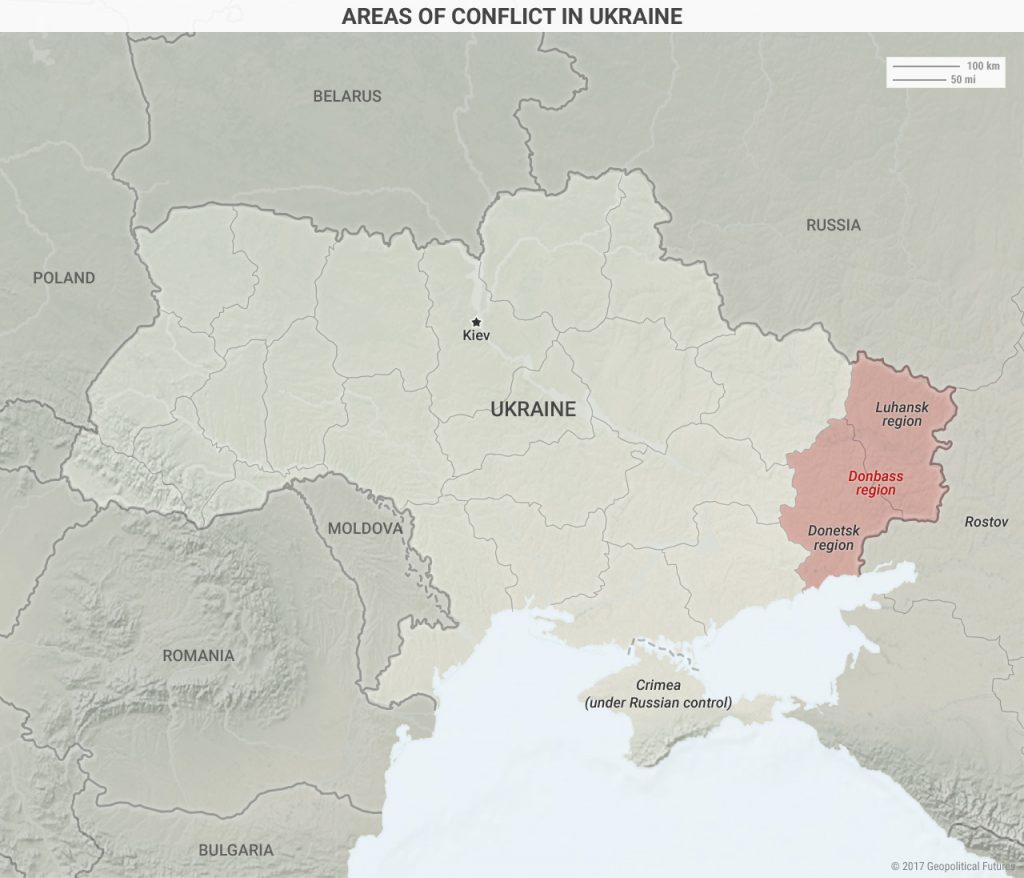 The third indicator came in the Russian response to these concerns on Sept. 11. In a phone conversation with German Chancellor Angela Merkel, Putin reportedly said the U.N. peacekeepers “could guard OSCE observers not only on the line of contact … but in other locations as well.” Putin’s statement was broad enough as to be practically meaningless, but even so, it was a gesture of compromise, and these agreements do not sprout from the ground fully formed overnight.

The gesture was not initially reciprocated. Russia’s ambassador to the U.N. lamented on Sept. 18 that the U.S. and Ukraine had told Russia that they would not work with Russia on the U.N. peacekeepers plan. A week later, Russian Foreign Minister Sergey Lavrov emphasized that point, claiming that Russia had made a good-faith proposal but had received no response and wasn’t going to force the U.S. and Ukraine to sit down at the table.

That changed Sept. 25 when Volker, the U.S. special envoy, was interviewed by Voice of America’s Ukrainian service chief. This serves as our fourth indicator. Volker was blunt about the fact that the U.S. does not view the Russian proposal as viable – according to Volker, it “will even more divide Ukraine, and not solve the problem.” But Volker also made a point of saying that he did not believe Russia would have proposed a solution if Moscow weren’t prepared to talk seriously about a resolution, and that Volker took this as a sign that serious negotiations were possible. Notably, last week, Interfax reported that Volker and Surkov may meet again in the first week of October in an undisclosed country in the Balkans.

Of course, these are just preliminary indicators. Just because both sides are willing to talk to each other does not mean they are willing to put aside their differences and reach a compromise. The EU’s ambassador to Russia said Sept. 27 that the EU would not link deployment of U.N. peacekeepers to the removal of anti-Russia sanctions, cutting against the optimism that Germany’s reaction to Russia’s proposal engendered. And no doubt Russia did not miss the chairman of the Joint Chiefs of Staff in the U.S. saying in his testimony in front of the Senate Armed Services Committee on Sept. 26 that he was of a mind that the U.S. should provide Ukraine with weapons to help it defend its sovereignty. 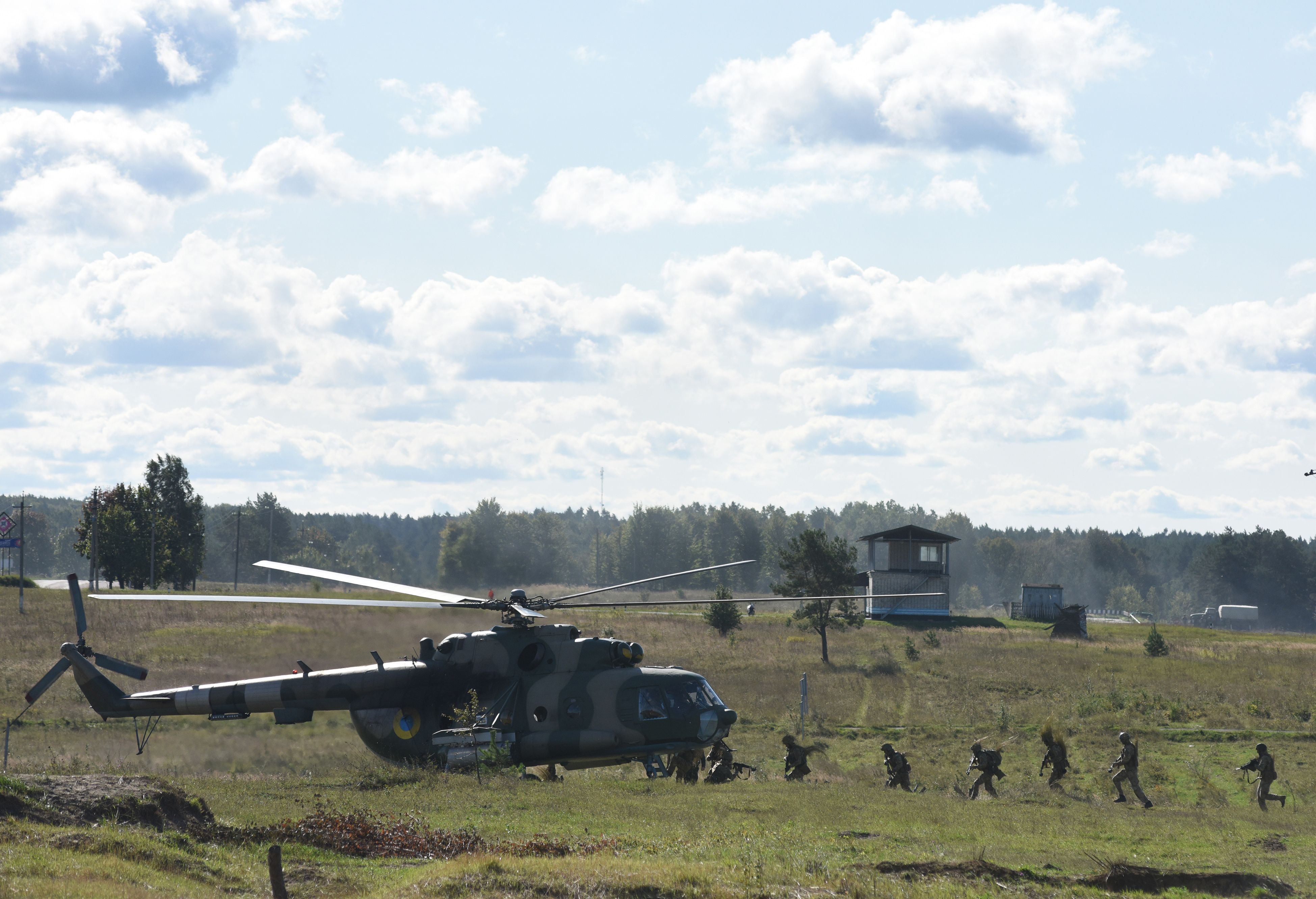 Ukrainian soldiers take part in the “Rapid Trident-2017” international military exercises at the Yavoriv shooting range not far from the western Ukrainian city of Lviv on Sept. 15, 2017. YURI DYACHYSHYN/AFP/Getty Images

What makes the indicators more compelling, however, are the interests that suggest that a resolution makes a good deal of sense. Russia’s interest in Ukraine is as a buffer to potential threats emanating from its West. Donbass is a shabby excuse for that buffer – what Russia really wants is for all of Ukraine, not just two small separatist statelets, to side with it. The longer the war in the east drags out, the more hostile western Ukraine grows toward Russia, and the more precarious Russia’s position becomes – especially if the U.S. ends up supplying Ukraine with new weapons.

Consider also that Russia is spending a lot of money to keep those separatist areas, Donetsk and Luhansk, afloat. The exact amount is impossible to know. A study by the German newspaper BILD concluded that Russia was spending 1 billion euros ($1.17 billion) a year on public service salaries and pensions alone in separatist Ukraine. The National Security and Defense Council of Ukraine, meanwhile, estimated Russian expenditures in Donbass at $6 billion per year. No doubt those figures are too high; Ukraine has an interest in making it appear that Russia’s position in Donbass is untenable. But even though it’s hard to quantify the precise cost, it’s not hard to deduce its significance. The Russian economy is not in a state that it can afford to throw money at a problem with no end in sight.

Russia’s options are the status quo or some kind of settlement. Neither is particularly savory, but Russia may be at the point where the latter is preferable to the former. Donetsk and Luhansk are not going to march on Kiev and bring Ukraine back into Russia’s sphere of influence, and a policy of supporting them against a larger and better-equipped enemy is unsustainable. The choice for Russia right now looks to be either a hostile government in Kiev, backed and armed to the teeth by the U.S., or a pro-West government that the U.S. will not arm and that Russia can slowly try to bring back into its orbit. Russia would settle for neutrality in Kiev right now, and that is something the U.S. may be open to.

That’s because the U.S. has been trying to improve relations with Russia through multiple presidential administrations. The U.S. does not want Russia to be able to dominate Eastern Europe and therefore will oppose any solution that could put Kiev at risk. But the U.S. also isn’t spoiling for a fight. It has concerns throughout the world, most notably on the Korean Peninsula, and it would not be opposed to de-escalation. This doesn’t mean the U.S. is going to turn away from Ukraine, but it does mean the U.S. may be willing to promise not to provide Ukraine with weapons or to consider other Russian requests if they are accompanied by Russian compromises. As for the rest of Europe, and especially the EU, the situation in Ukraine is an inconvenience but nothing more. Germany in particular wants to get past this problem so it can get back to selling its exports to Russia.

There’s a long way to go yet, and it’s possible that this is another false start. There have been periods of de-escalation before in the past three years, and it could be that Russia is dangling a proposal it knows is a non-starter for the U.S. to appear willing to make accommodations without doing anything. Still, the four indicators are more likely to represent a trend than a series of anomalies. And considering that both the U.S. and Russia have geopolitical interests in bringing the conflict to an end, and that our 2017 forecast expected exactly these types of developments, the indicators are even more notable. The thing to watch for next is whether Volker and Surkov do indeed meet again, and if they do, what comes out of their meeting. If it’s positive, then the situation in Ukraine may be on its way toward formalization. If it’s more of the same, then the stand-off continues.

Mexico, Drug Trafficking and US Relations