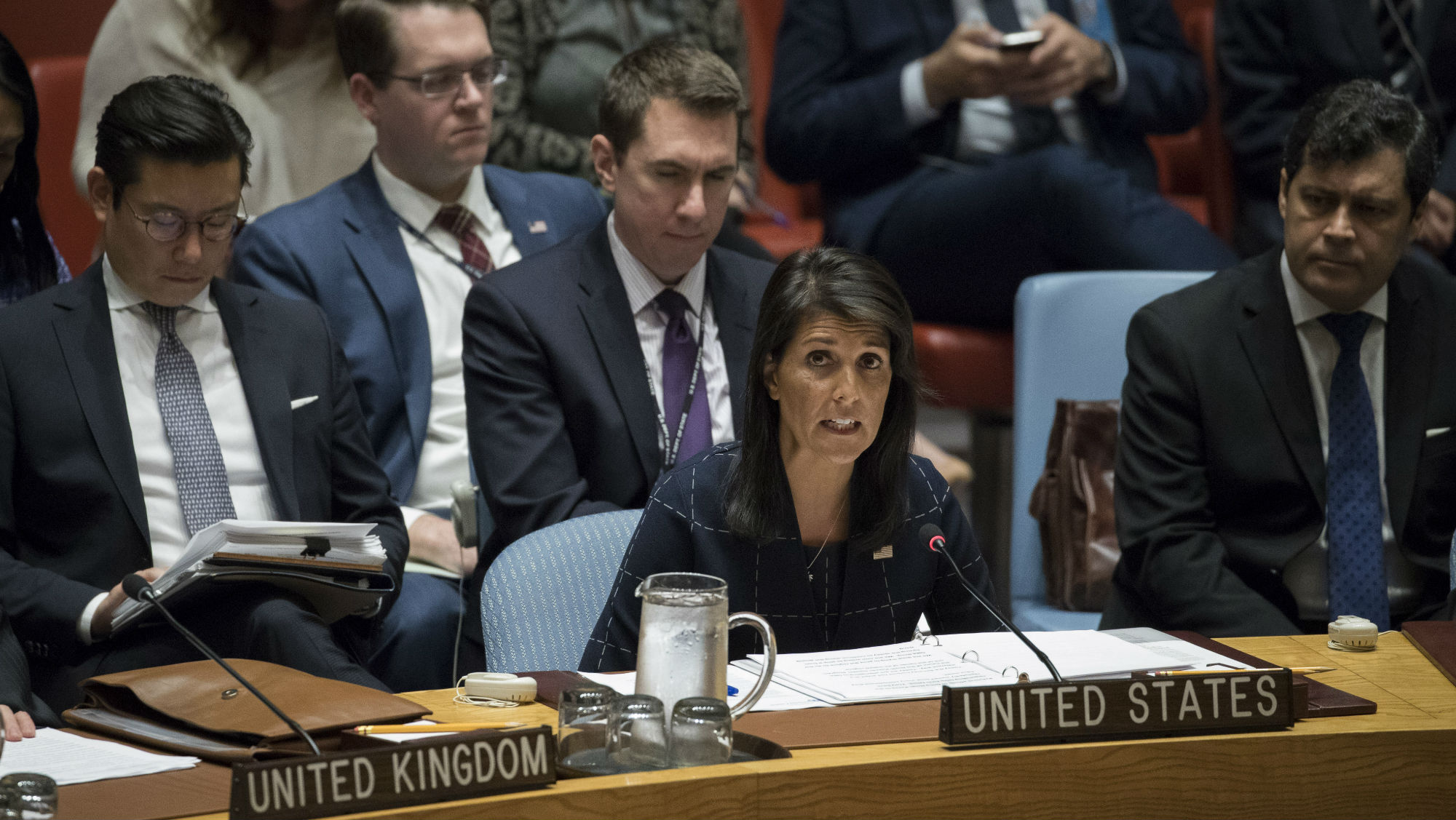 For months now, the U.S. has been trying different measures to get North Korea to give up its nuclear program. In recent weeks, many have assumed that an attack on North Korea was no longer on the table – that there would be some sort of diplomatic solution, mainly focused on sanctions, that would force Pyongyang to fall in line.

But it’s dubious to believe that sanctions would cause North Korea to abandon something that it believes is so fundamental to its national security.

That seems to have been confirmed over the weekend by U.S. Ambassador to the United Nations Nikki Haley, who said that the U.N. Security Council has exhausted its options in dealing with North Korea and that the matter might have to be handed over to the Pentagon. We are therefore at the point where the possibility of military action must be taken seriously again. But in its attempt to deal with the threat from Pyongyang, the U.S. is facing another obstacle: South Korea. 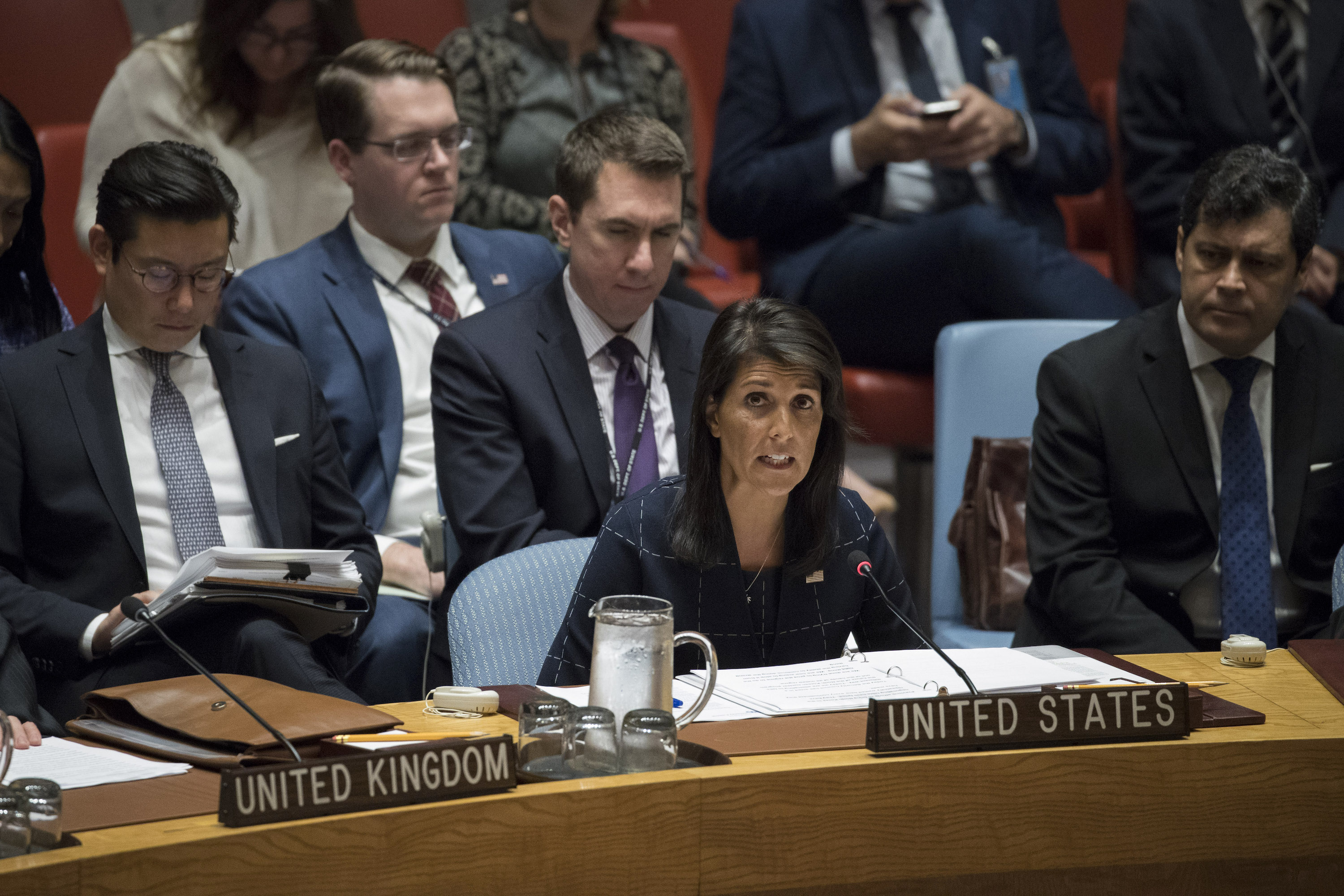 South Korea has rejected the idea of attacking North Korea, asserting that it cannot risk another war on the Korean Peninsula, especially a conflict likely to cause even more bloodshed than the Korean War. Until a few weeks ago, we had assumed that, though South Korea was reluctant to go to war, it would remain subordinate to the United States. Both would participate in a war, and Seoul would allow the U.S. to use its forces, facilities and airspace. An attack without South Korean cooperation would be possible but would raise serious challenges.

North Korea would respond to a U.S. attack by inflicting enormous casualties on Seoul, South Korea’s capital and economic hub, using the artillery that is in range of the city. The South Koreans rejected the war option precisely because they could not accept these casualties. The North’s artillery is just as dangerous to South Korea as nuclear weapons are to the United States. The U.S. intention was to attack and destroy this artillery over time – but the problem was time. The longer it would take to neutralize this position, the greater the casualties. There doesn’t seem to be a rapid solution, given North Korea’s air defenses around the artillery.

Any nation must oppose an action that might lead to the destruction of its capital city and hundreds of thousands of citizens. If the United States gave South Korea prior warning of an attack, the South might feel compelled to inform the North in an attempt to save the city. If the United States attacked without informing the South Koreans, and the North Koreans opened fire, the South might make a sudden and radical decision to publicly repudiate its defense treaty with the U.S. in order to get North Korea to halt shelling. In the heated atmosphere, with North Korea under air attack and South Korea being shelled, the political exchanges would be unpredictable, and the political consequences long lasting.

This could shift the strategic reality of the Western Pacific. If an attack did trigger a radical shift in South Korea that included the removal of U.S. forces in the South, the Korean Peninsula would consist of two powers hostile to the United States – which might lead to some understanding between the two on coexistence. Japan, to this point armed but not officially, would have to accommodate itself in some way to the Korean Peninsula or, alternatively, openly arm itself. The Chinese would have an open opportunity to fish in the troubled waters of the Koreas.

This is all speculation, of course, but embedded in this speculation is a truth: South Korea cannot allow the destruction of its capital. The United States has been trying to persuade the South to accept this risk, but to no avail. Seoul prefers dealing with the North Koreans directly, without the Americans at its side.

The North Koreans, on the other hand, clearly feel secure. They have sufficiently obfuscated the status of their program and hope that the U.S. is uncertain as to its progress. Washington would need sufficient, reliable intelligence about the status of the North’s nuclear program and the location of its nuclear facilities to launch an attack. Once North Korea has deliverable nuclear weapons able to reach the United States, any attack on Pyongyang might lead to a strike against the U.S. – Washington would need to be confident North Korea hasn’t reached this stage yet.

The North Koreans also understand that getting the Security Council to agree on anything is unlikely – Haley’s statement over the weekend is essentially an admission of that fact. Pyongyang also has significant control over its population, and once it gets nuclear weapons, its position in the world will change.

The U.S. still has the option to attack, but whether it does or not, it’s position in the Western Pacific will weaken. If the United States doesn’t attack and North Korea acquires nuclear weapons that can reach the U.S., the value of the U.S. defense treaty with the South will plummet – the basis of the alliance is after all the North Korean threat, and the likelihood that the U.S would engage a nuclear-armed Pyongyang would be very small.

It is possible the U.S. could persuade South Korea to change its position, but the potential casualties are daunting. For the United States, finding a way to eliminate North Korea’s artillery within the first hours of a war, while attacking its nuclear facilities, would be a key part of its attack plan. But even this would appear too risky to the South Koreans.

South Korea must make some sort of arrangement with North Korea. The South seems to be saying that it would be interested in such an entente, and the North would likely be interested in finding a basis for commerce with the South. Another option would be allying with a third power. An alliance with Japan is a historical impossibility, and China is not loved by either side. It is an option, but an option that both North and South Korea would not enjoy.

A very coldblooded analysis places the destruction of North Korea’s nuclear capability as the logical choice strategically for the U.S. The case can be made that protecting the U.S. from nuclear attack must take precedence for an American president over the fate of Seoul. It’s all logical and coldblooded, but among the more unsavory choices I have seen. There could, however, be another solution out there – one based in technology. In the United States, people tend to think technology solves all ills. Perhaps this could be the solution to the crisis.