Six months since Donald Trump was sworn into office, the basic political configuration of the United States has not changed significantly, which in turn has limited his political power and made it difficult for him to implement his agenda. The most important question at the moment is why the political configuration hasn’t changed and whether he can now transform it. This may seem like mere politics – the geopolitical realities of international power remain unchanged – but clearly, a weak U.S. president potentially increases barriers to American power. If nothing else, a weak president can compel other nations to stall or even resist the president’s initiatives.

In the 2016 election, Hillary Clinton won 48.2 percent of the popular vote while Trump won 46.1 percent. Support for Clinton was heavily concentrated on the coasts, and support for Trump was more widely distributed, thus giving him an edge in the electoral college. Over the course of the campaign, Trump managed to expand his support beyond his original base and seemed to sway some independent voters.

An ABC News-Washington Post poll released July 16 shows Trump’s approval rating at 36 percent. This indicates that he has maintained the support of his base but has lost independents and has made no inroads among his political opponents. Different polls may have slight variations but the main point is that he has lost ground rather than gained it. 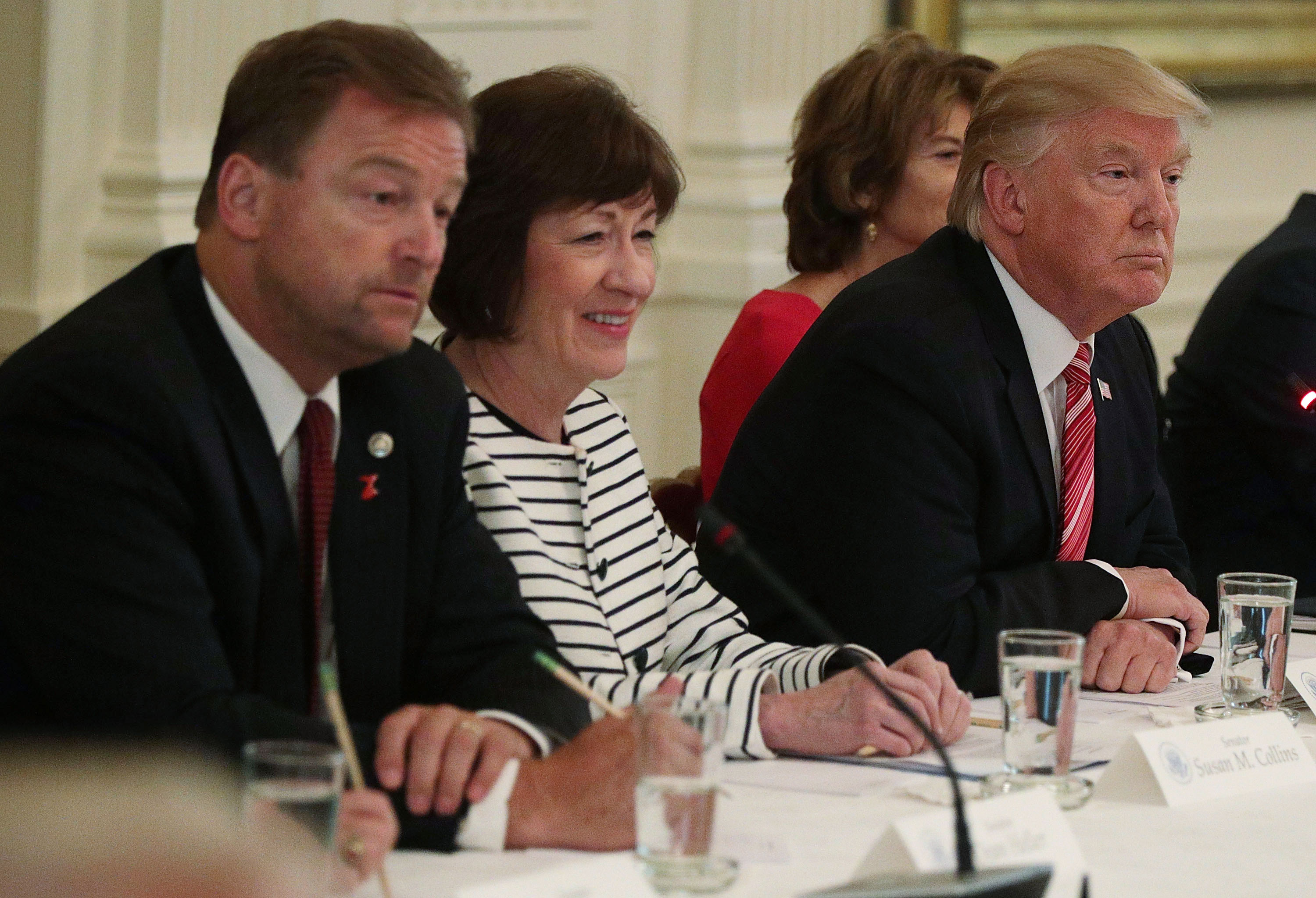 This read of the situation is confirmed by the behavior of Republicans in Congress, a superb seismograph of political reality. Politicians want, above all, to be re-elected. If the president is popular, they will support him in order to build their own base. If he is weak, they will tend to go their own way. The health care bill has been a measure of Trump’s weakness. In both the House of Representatives and the Senate, Trump has struggled to gain support from Republicans, who have been fragmented enough to endanger passage of bills on which he has already compromised. The system is designed to increase the power of presidents who are popular and penalize those who are not.

Why Couldn’t Trump Keep His Supporters?

The key question is why Trump was unable to turn his support into a dominant position. A major reason was that the support he received in the election had more to do with some voters’ visceral reaction to Clinton. They voted for him not because they liked him but because they disliked him less than they did Clinton.

Trump couldn’t hold on to this support for two reasons. First, he didn’t make an effort to keep them on his side. He might have lumped them in with his base, failing to recognize that he needed a different strategy to hold them. Or he might have thought that holding his base’s intense support was the key, and over time his successes would increase his approval numbers. Whatever the case, his strategy was to maintain his aggressively unconventional persona and to back a set of policies that the base responded to while being flexible on what he saw as secondary issues. But he failed to understand the fragility of the swing voters who had backed him in spite of his positions. He chose to appease his base and in the process lost the center.

The second reason was that the major media began to impose on him the kind of relentless attack that he imposed on his enemies. Part of this has to do with the geopolitics of the United States. The stronghold of the American left is the northern Atlantic Coast and the Pacific Coast. These are not only densely populated areas but also geographic centers of major media outlets. These outlets’ consumers were bitterly opposed to Trump. And like Trump, the media had a choice between satisfying its base and reaching more people. It chose to focus on its base.

As a result, Trump was confronted with a systematic assault, in principle no different than his own assault on those he saw as enemies – although his opponents had far more resources, and were aligned with Democratic political figures. The attacks in the media complemented and reinforced the attacks in Congress, creating constant waves of opposition undermining Trump’s credibility. The battle was for the center, but Trump’s strategy caused him to go on the defensive to hold on to the support he already had. Every misstep, of which there were many, was magnified, and any routine action that could be portrayed as a misstep was so portrayed.

Going on the Offensive

Trump needed to go on the offensive to try to capture some of Clinton’s voters. Democratic politicians and the mainstream media, knowing that their base would remain firm, focused on discrediting Trump and all those around him. Trump’s counterattacks may have appealed to his base, but they either had no impact on his opponents or repelled them. He never managed to convert Clinton voters.

The Democrats and the media have their own problems. The Democrats oppose Trump and at the moment that’s sufficient. But as time goes on, they will need to define what they are for, and they run the risk of appearing to support programs that only appeal to the coasts and not to the rest of the country.

As for the media, the constant attacks on Trump from CNN and the Washington Post will make it difficult to retreat into a politically neutral stance. And if they can’t return to neutrality, they will find it hard to operate once the country becomes less polarized, which is likely to happen because periods of polarization are often followed by periods of consensus. Joseph McCarthy was followed by Dwight Eisenhower, for example. The mainstream media has led the anti-Trump charge but in the process became prisoners of the faction that consumes their content.

Trump had a brilliant plan to win the presidency, aided by the cluelessness of his opponents. The way he won the presidency, however, has made it extremely difficult to govern because he can only rely on the support of his base and that is not enough. When proposing legislation, issuing presidential directives and crafting foreign policy, he faces an opposition that is as passionate as his base and that acts as an echo chamber for the accusations against him, some real and others preposterous.

The result of this situation has been the difficulty in passing legislation and the constant entanglement with the courts. For Trump to avoid paralysis, he must solve the structural problem that has trapped him. Continuing to do what he is doing is unlikely to work. What has failed in the last six months is unlikely to succeed in the next.

The issue is whether he is so personally and institutionally locked into the current administration culture that he is unable to shift the battlefield. The president always has the ability to redefine the game, if he understands he is losing. That is difficult for some presidents to do.

At the same time, Trump’s opponents are locking themselves into their own trap. A successful assault on Trump is a victory for the coasts, but the Democrats need support from other parts of the country too. And the media may be scoring some points in their anti-Trump campaign, but it doesn’t have a long-term strategy. Ultimately, it appears that Trump and his enemies are engaged in some form of mutual assured destruction.