A week after the United States facilitated a United Nations Security Council resolution condemning settlements, U.S. Secretary of State John Kerry in a Dec. 28 speech warned Israel that its construction of settlements in the West Bank threatens Middle East security. The top American diplomat said that the two-state solution (Israel and a Palestinian state existing side by side) is in jeopardy. Kerry said, “Trends indicate a comprehensive effort to take West Bank land for Israel and prevent any Palestinian development there.” Israeli Prime Minister Benjamin Netanyahu quickly reacted, saying Kerry’s statements were biased against his country, obsessively focused on the settlements and ignored Palestinian opposition to the existence of a Jewish state. 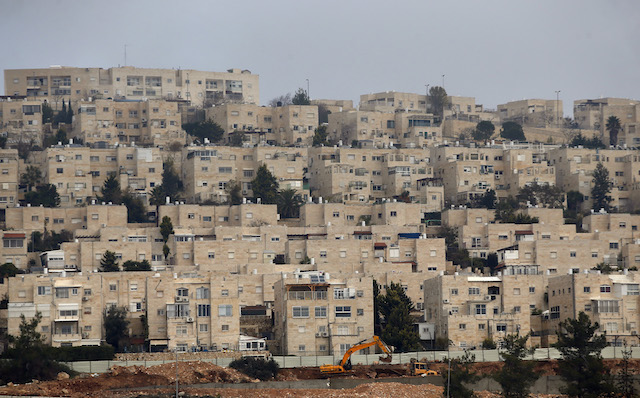 Earlier this week, George Friedman explained why Israeli imperatives make a two-state solution virtually impossible. Today, I will focus on how the Palestinians’ geopolitical challenges have always prevented a two-state solution from being a viable way to end the Israeli-Palestinian conflict. The idea of an Israeli state and a Palestinian state existing side by side predates the founding of Israel in 1948. It was based on the idea to partition Mandatory Palestine, first in the form of the 1937 Peel Commission of the British government and then a decade later in the form of the U.N. Partition Plan of 1947.

The Palestinians rejected both plans as they sought a single Palestinian state that would cover all of the territory, while the Jews accepted the 1947 plan. The collapse of those efforts to create two states led to war and the subsequent creation of Israel in 1948. The first Arab-Israeli war that same year left the West Bank in Jordanian control and the Gaza Strip in Egyptian hands. In the aftermath of the 1967 war, Israel seized both these territories and controlled all of what had been Mandatory Palestine.

Despite the loss, the Palestine Liberation Organization (PLO) led by Yasser Arafat continued to pursue the path of armed struggle to establish a Palestinian state. As a result, the PLO remained in conflict with Israel as well as the neighboring Arab states (Jordan, Lebanon and Syria), which were not interested in the creation of a Palestinian state. The two-state solution remained a focus of various diplomatic initiatives and U.N. resolutions. It wasn’t until after the first Intifada in 1987 and the 1988 decision by the PLO to recognize Israel’s right to exist that serious negotiations began toward the two-state solution.

Further talks, especially at Camp David in 2000, failed to reach an agreement. A two-state solution was difficult to implement because Israel due to security concerns could not return to the 1967 borders and without this, the Palestinians would not have a viable state. But more importantly, Arafat’s Fatah had been weakened and the Palestinian political landscape was deeply fragmented. This became abundantly clear when Hamas won the 2006 elections, which would eventually lead to a Palestinian civil war in 2007 and the geographical split between Gaza under Hamas’ control and Fatah in the West Bank. This split has lasted ever since.

The underlying assumption behind the two-state solution has been that if a negotiated settlement were realized, the Palestinian side would be ready to establish a sovereign entity. However, no agreement exists on the part of the Palestinians regarding a sovereign state. Palestinians also remain deeply divided on the type of state they seek. Fatah, which is now experiencing internal splits due to an aging leadership, continues to envision a secular Palestinian nation-state. However, its writ is limited to the West Bank, to the extent that Israel and its Jewish settlements allow. Fatah does not control the Gaza Strip, which is ruled by its principal rival, Hamas. As the principal Islamist Palestinian movement, Hamas’ vision of a Palestinian polity is that it should be an Islamic state. In the short term, Hamas is willing to accept a Palestinian state within the confines of the West Bank and the Gaza Strip. However, its ultimate vision of a sovereign Palestine includes all of Israeli territory.

The rivalry between Fatah and Hamas is rooted in the deeper issue of self-consciousness in terms of how Palestinians have historically viewed themselves. The prominent Palestinian-American historian Rashid Khalidi writes that Palestinians during the interwar period under British rule had multiple identities. These were built around the local communities where they lived and Greater Syria, as well as the Arab, Muslim and Palestinian (in the making, at the time) identities. The European notions of nationalism and the nation-state were adopted in the Middle East in multiple complex ways.

At the highest level, there was a sense of Arab nationalism, which was not tied to a particular nation-state. It envisioned a large polity, which would include all Arabs regardless of religion. At the same time, the nation-states emerged with their geographical boundaries drawn by the British and the French. The nation-state was tied to a specific form of nationalism defined by territory and not necessarily ethnicity.

Meanwhile, as prominent Middle Eastern historian Albert Hourani points out in his seminal work, “Arabic Thought in the Liberal Age: 1798-1939,” modern European political thought interacted with traditional Islamic views of identity and statehood. One key outcome of this has been the emergence of Islamism as a challenge to secular nationalism. This Islamist-secularist tug of war has played a key role in undermining Arab nation-states, as we have seen since the Arab Spring began in 2011. In the case of the Palestinians, it has weakened their national project. The nation-state in the Arab world is in meltdown. The rise of the Islamic State, which seeks to do away with national boundaries, represents a challenge to not just those seeking a secular Palestinian state but also to Hamas.

The growing crisis in the Arab world is thus only adding to the intra-Palestinian conflict. The Israeli-Palestinian conflict is thus not about one state or two states. At a time when Arab states are collapsing, the emergence of a Palestinian state is unlikely. Long pulled in multiple directions in terms of identity and ideology, the Palestinians cannot be expected to remain immune to the turmoil that is raging because of the hollowing out of the Arab world.