The United States may soon change an important facet of its foreign policy, and if it does, it will in turn challenge a facet of our 2017 forecast. Rather than wait for events to unfold, we decided to tackle this potential change head on.

We forecast that the United States, eager to withdraw from foreign entanglements, would pull back from direct intervention in military conflicts, specifically those in the Muslim world. We expected this to happen in fits and starts, and that the fits and starts would lead to disagreements, even among allies such as the United States and Turkey, but that cooperation would continue unabated. Those disagreements have now arrived, and there is reason to believe they could be more consequential than we initially thought.

According to a May 9 Pentagon press release, U.S. President Donald Trump authorized the Department of Defense to provide Syrian Kurds with weapons to aid in their fight against the Islamic State in Syria. The day previous, leaked information published in The Washington Post indicated that Trump was also considering a proposal to deploy as many as 5,000 additional U.S. troops to Afghanistan.

The United States, notably, has not yet supplied Syrian Kurds with significant stockpiles of new weapons, nor has it deployed, let alone committed to deploy, additional troops to Afghanistan. But if Washington makes good on these tentative commitments, it will have tacitly admitted that it cannot leave the Middle East without claiming some sort of victory against the Islamic State, and that “victory” cannot be achieved without increased U.S. intervention.

Adding 5,000 troops, of course, would hardly bring order to a country as chaotic as Afghanistan. The only realistic goal for such a limited force is to attack members of the Islamic State, of which there are only a few thousand, in the country. And the United States seems to believe that can eradicate or at least degrade the group’s capabilities there. In fact, at a May 9 press conference in Copenhagen, U.S. Defense Secretary James Mattis defined the objectives for the U.S. and NATO allies in Afghanistan as a fight against the Islamic State – not necessarily against the Taliban, or the various other forces that could bring down the regime in Afghanistan. 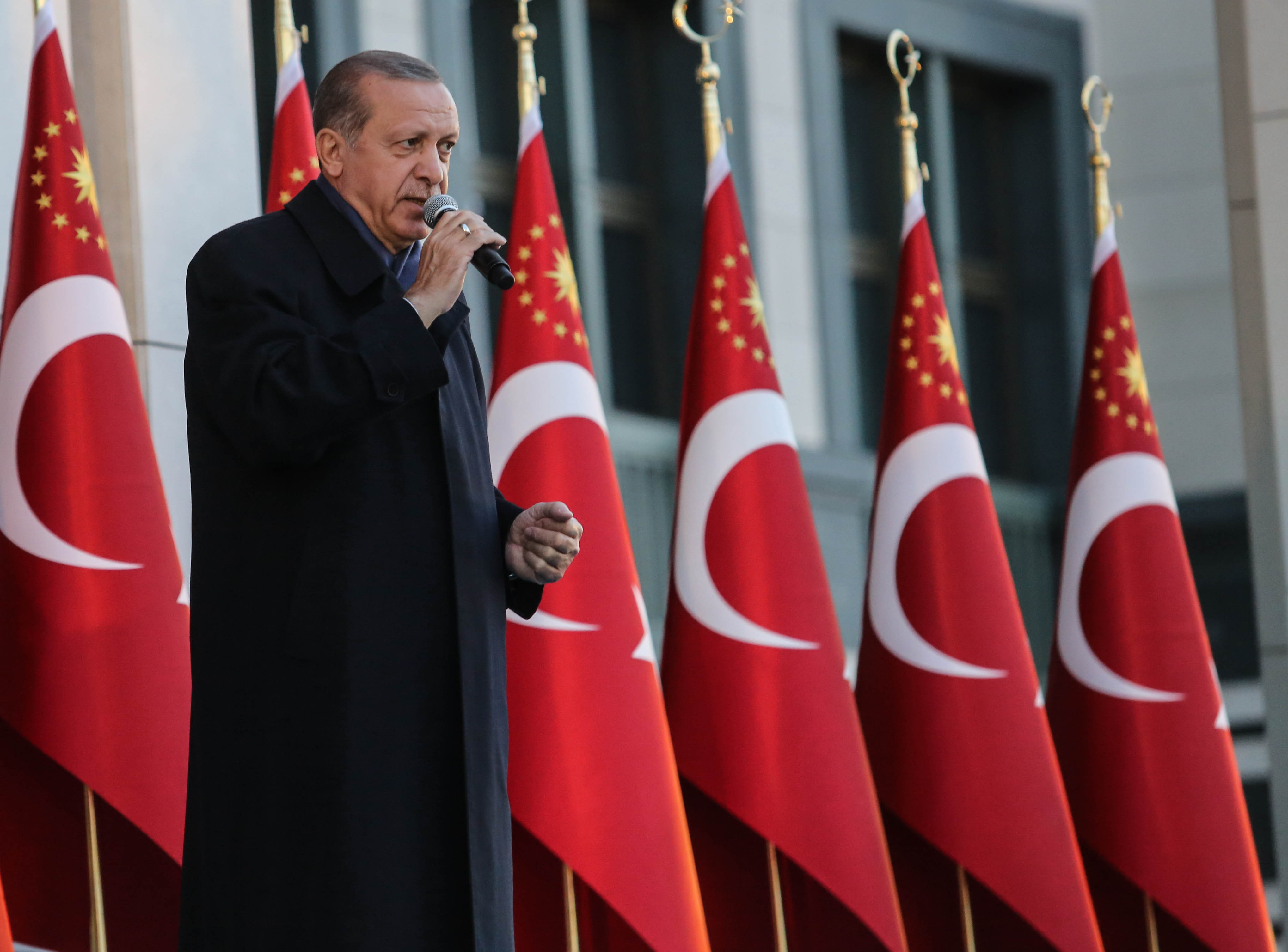 The Kurds welcome the arms, stuck as they are in a difficult position. The geography they currently hold is indefensible, and they lack the ability to resist a serious assault on their positions, whether by Turkey across the border or by Syrian military forces.

The Syrian Kurds are using the only option available to them: making themselves indispensable to the United States by putting their fighters at the vanguard in the battle against the Islamic State, a battle that will culminate bloodily in Raqqa, the de facto capital of the Islamic State. The United States has acknowledged their indispensability, as evidenced by the Pentagon describing the Syrian Democratic Forces, which are led by Syrian Kurds, as “the only force on the ground that can successfully seize control of the Syrian city of Raqqa in the near future.”

For its part, Washington has said that meetings between U.S. and Turkish officials were open and “very, very useful.” Turkey seems to disagree. President Recep Tayyip Erdogan has said he hoped the United States would reverse its decision and that he intended to raise the issue with Trump when he visits the United States on May 16. The Turkish defense minister said the decision amounted to a “crisis” between the two countries. And the foreign minister said the country would not accept “the presence of terrorist organizations that would threaten the future of the Turkish state.” Meanwhile, a Kurdish news agency tied to the militant Kurdistan Workers’ Party, better known as the PKK, claimed that Turkish artillery and mortar units had resumed bombardment of areas under Syrian Kurdish control in Syria. (So far, that report is unconfirmed.) Still, the point is clear: Turkey does not consider this good form for a country that is supposed to be its NATO ally.

After all, the United States has effectively said it will pursue a policy that is diametrically opposed to Turkish interests. Turkey considers the PKK a terrorist group, as does the United States, but from Turkey’s point of view the Syrian Kurds are PKK affiliates that deserve the designation just as much as the PKK does. Imagine for a moment that Turkey was sending arms to fighters in Canada, with ethnic ties to the Pacific Northwest, who were hostile to the United States. How might the United States react?

The ball now is in Turkey’s court, and as important as it will be to see what Turkey does, it is just as important to note what Turkey has not done: cancel the president’s trip to the United States. Erdogan has only publicly opposed the decision, at least so far. That means that either the United States is doing this for show, and that Trump is bluffing to try to get Turkey to commit more troops in Syria, or that Erdogan has accepted Washington’s decision and that he will not be able to change its mind.

Turkey, then, has two options. It can choose to work with the United States and the Syrian Democratic Forces in the operation against the Islamic State, saving its objections for when Washington can declare “mission accomplished.” Or, it can begin mobilizing for military involvement in the Syrian conflict to cut the ground out from underneath the Syrian Kurds and take on the Islamic State by itself.

The United States, meanwhile, appears prepared to take the fight to the Islamic State in Syria, Iraq and Afghanistan. The goal is to destroy the Islamic State in such a way that allows Washington to claim victory before extricating itself from quagmires in the Muslim world. To that end, the United States is choosing its partners based on capability and the speed with which they can render assistance – not based on what it means for its political relationships. The Syrian Democratic Forces appear to fit the bill, much to the chagrin of Turkey, which will most likely have to live with the consequences for as long as it is too militarily weak and too unwilling to risk the lives of its own people to resolve the Syria crisis on its own. The proof will be in whether Erdogan keeps his date with Trump and whether Turkey escalates or de-escalates its artillery volleys into Syria.

And though this episode may well challenge our 2017 forecast, it will not challenge our longer-term prediction about the U.S. role in the Middle East. The United States is still trying to leave intractable conflicts, and this new episode does not dispel that desire; it’s merely a shift in tactics. Lurking behind it all is the Islamic State, spoiling for a fight, capable of the type of guerrilla tactics and disappearing acts that will make it hard for Washington to claim any victory beyond a symbolic one.