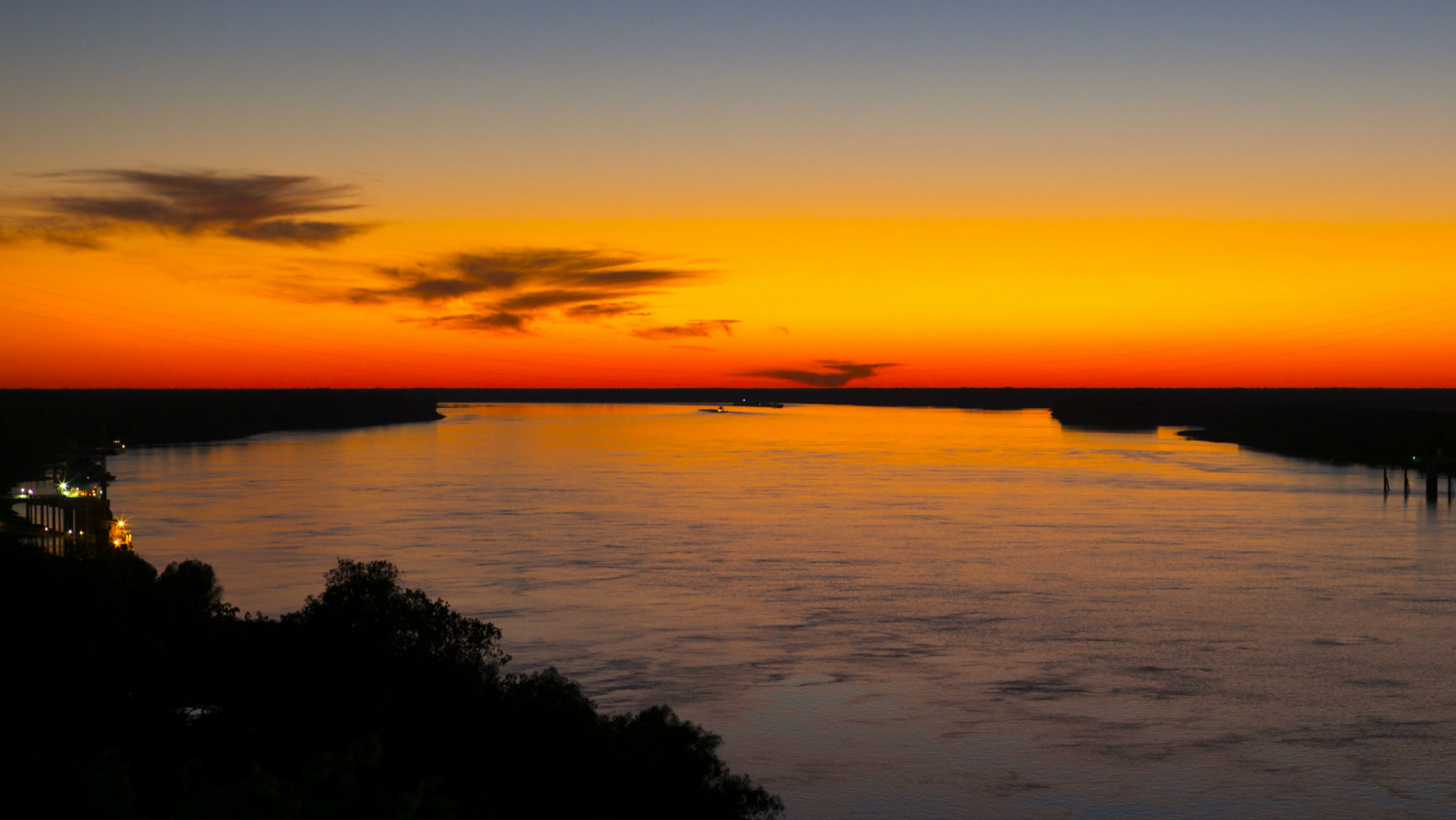 I began this series with discussions of geopolitics and philosophy. I think it is useful now to attempt to show the practical impact of geography on politics and to continue using geography to explain the evolution of the United States.

Last week, I showed how geography shaped America’s founding, both in terms of its foreign relations and its internal dynamics. A long coast and poor internal communications made the United States vulnerable to invasion from the sea. The Appalachians helped create two radically different social and economic systems, one based on plantations and slavery, the other based on small farms, crafts and finance that did not require nor support slavery. (Several readers have commented that slavery was not illegal in the North, which is true. But neither was it viable on the scale of the South.) I tried to explain the United States’ strategic problem facing the United States, which crystallized in the War of 1812, and the country’s social and economic divide, which exploded into the Civil War. Both wars obviously had other causes, but both were driven by geography.

Therefore, the geopolitical imperative was to provide the United States with both strategic depth and a new source of wealth. This necessitated crossing the Appalachians. The U.S. held some land to the west, in the Northwest Territory around the Ohio River. But the Ohio flowed into the Mississippi River, and the Mississippi Valley was held by the French. Since trans-Appalachian movement was difficult, and the Ohio River was blocked, the defensibility of the Northwest Territory was limited; it was not the solution the U.S. needed.

Between the Appalachians and the Rockies, however, lay a vast valley, drained by numerous rivers, including the Ohio and Missouri. These rivers had an extraordinary set of characteristics. First, they covered a great deal of territory within the valley. Second, many of them were navigable. Third, they all flowed into a single river, the Mississippi, which emerged as a small stream in northern Minnesota and swelled into a huge highway to the ocean as other rivers emptied into it. Settlers who built farms and ranches between the Rockies and Appalachians, therefore, could ship their produce to the East Coast and even Europe by floating their goods downriver on flatboats to the point where oceangoing vessels could come up the Mississippi. The meeting point of the flatboats and oceangoing vessels was the port city of New Orleans. 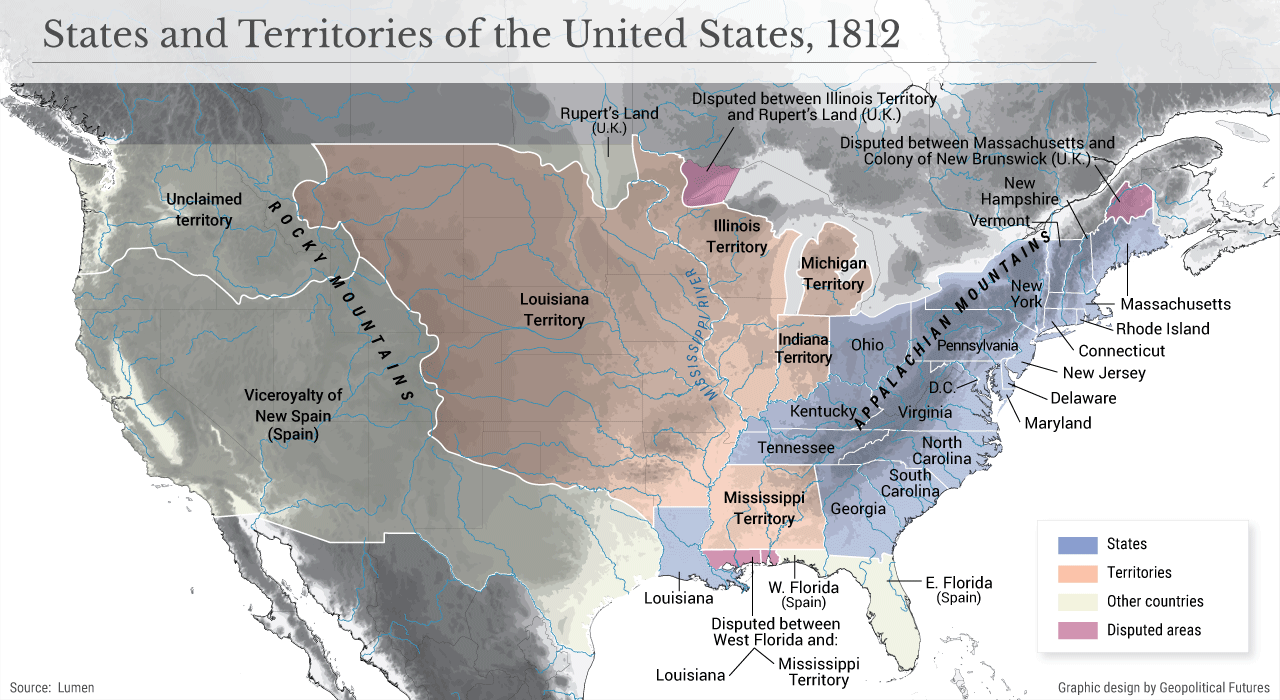 The Americans needed the valley for strategic and economic reasons. The U.S. strategy was to attract immigrants, and for that, it needed land, but the Eastern Seaboard’s economy could not support a vast population. The land it needed was west of the Appalachians, its value augmented by its plentiful rivers. The French, unlike the Americans, had no desire to settle the Rocky-Appalachian valley. The French were constantly fighting wars in Europe and could not spare manpower from defending the motherland.

France was fighting for its life and needed money, not land in North America. The United States needed that land urgently, so it could grow and develop exports. So the French sold the land to the United States. George Washington, in his Farewell Address, had divided the U.S. into three regions: North, South and West. He argued that, without the West, there would not be enough wealth to build a navy, and without a navy, the U.S. could not survive. His successor, Thomas Jefferson, made the deal to secure the West. The Louisiana Purchase was a geopolitical imperative for the United States.

What it created was something rare, with global implications: a class of smallholder farmers who could produce more than they could consume, and who had the ability to take the surplus to markets as far away as Europe. This made the Industrial Revolution in Britain possible. With food coming in from the United States, British farm workers could take work in factories without triggering a famine.

Washington needed to make sure that an attack on the East Coast would not by itself crush the United States. Settlers were encouraged to move west, and quickly. The first wave of settlers was led by the Scotch-Irish, who were regarded by English settlers as unassimilable because of their drunken brawling and lack of respect for law and social proprieties. The attraction of cheap land transformed a vast area, making it inhabited and productive in less than two generations. It also set a key American dynamic in motion: the use of immigrants as a labor base that would drive the American economy.

The key to all of this productivity, however, was New Orleans. If New Orleans were in hostile hands, the river transport system would not function, and the exports that were generating surplus capital to help fuel America’s Industrial Revolution would not get past the mouth of the Mississippi. So, for the United States, the defense of New Orleans became a key strategic imperative. (That imperative continues today; the Port of South Louisiana still moves more tonnage per year than any other port in the United States.)

It is no surprise, then, that in the War of 1812 the British moved on New Orleans (even if the Treaty of Ghent had already been signed when they attacked). Andrew Jackson was able to defeat the British there. Jackson, a settler himself, was obsessed with New Orleans and wanted Mexico pushed back, so when he became president, he sent the former governor of Tennessee, Sam Houston, to Texas to foment a pro-American rising. The eastern border of Texas was on the Sabine River, just a few hundred miles from New Orleans. There is no evidence for this, but it seems possible to me that when Gen. Antonio Lopez de Santa Anna came north to crush the Texan rising and swung east toward San Jacinto, he was heading to New Orleans. Had Santa Anna won at the Battle of San Jacinto, the road to New Orleans might have been forced open. Control over New Orleans is closely related to control over Cuba; holding the island means you can close access to New Orleans. The U.S. wanted Spain out of Cuba (and it would later want the Russians out as well). The U.S. obsession with Cuba is not as strange as it may seem.

Geography creates a logical framework for American history, dictating the imperatives the U.S. must achieve. This is not a simple or mechanistic concept, as I tried to show in the opening pieces, and this story is far more complex than what I have written here. Still, the logic of American geography is powerful; when you go to New Orleans, look at the vast grain elevators, still very much in use, across the river. Consider how that city built the American economy. Washington was right, and Jefferson did what he had to do.

Dissenting Opinions: On an Intervention in Venezuela