President Barack Obama’s visit to Cuba has been called historic. It is, but not nearly as much for its contemporary significance, as for its part in the long and complex relationship between the United States and Cuba. The United States has had a long obsession with Cuba, but not an irrational one, because Cuba is potentially one of the most dangerous threats to the United States. This assertion is preposterous in any sense but one: geography.

The foundation of the United States is the area between the Appalachian and Rocky mountains. The eastern half of this region, the Northwest Territory, was ceded to the United States by the British after the Revolutionary War. It was the territory east of the Mississippi. The U.S. purchased the area west of the Mississippi from France in 1803. These two territories together form a vast plain, which is the heartland of the United States. It is one of the most fertile places on earth, and it generated the wealth that helped fuel American industrialization. Before that, it fueled the Industrial Revolution in Britain. The food exported from this region allowed the British to scale back agriculture, and in doing that, freed up manpower from Britain’s farms that went to work in its developing factories and mines. Without the agricultural production, British industrialization would not have been possible at the pace it happened, and that, for better or worse, would have changed human history. In a very real sense, global industrialization began in the farms of the American heartland.

The key to this was not fertile land and hardworking farmers. Both existed elsewhere. Rather, it was the ability to transport the surplus produced on the farms and distribute them globally. That was made possible by the thing that made the region unique: its extraordinary river system. The Missouri, the Ohio and numerous other rivers flowed into the Mississippi and then down to the city of New Orleans, which was as far inland as ocean-going vessels could go and as far south the river barges could go. And it was here that the produce was transferred to ships bound for Britain. If the mouth of the Mississippi were closed, the transport would have been impossible, the heartland would have been economically crushed, and the United States would not have developed as it did. In 1814, Andrew Jackson fought the British at New Orleans, defeated them and preserved American access to the Gulf of Mexico and to the world. The ports in and around New Orleans are the largest ports in the United States in terms of tonnage. Agricultural products still come south from the harvest, and oil and manufactured goods travel north to the Midwest.

But this was only the first choke point of American prosperity. It wasn’t enough to get into the Gulf of Mexico. It was also necessary to get into the Atlantic. And Cuba could block entry to the Atlantic. Cuba lies between southern Florida and the Yucatan Peninsula, creating the Straits of Florida and the Yucatan Channel. These waterways are the only exits from from the Gulf of Mexico, and if they are closed, it has the same effect as if New Orleans were in foreign hands. 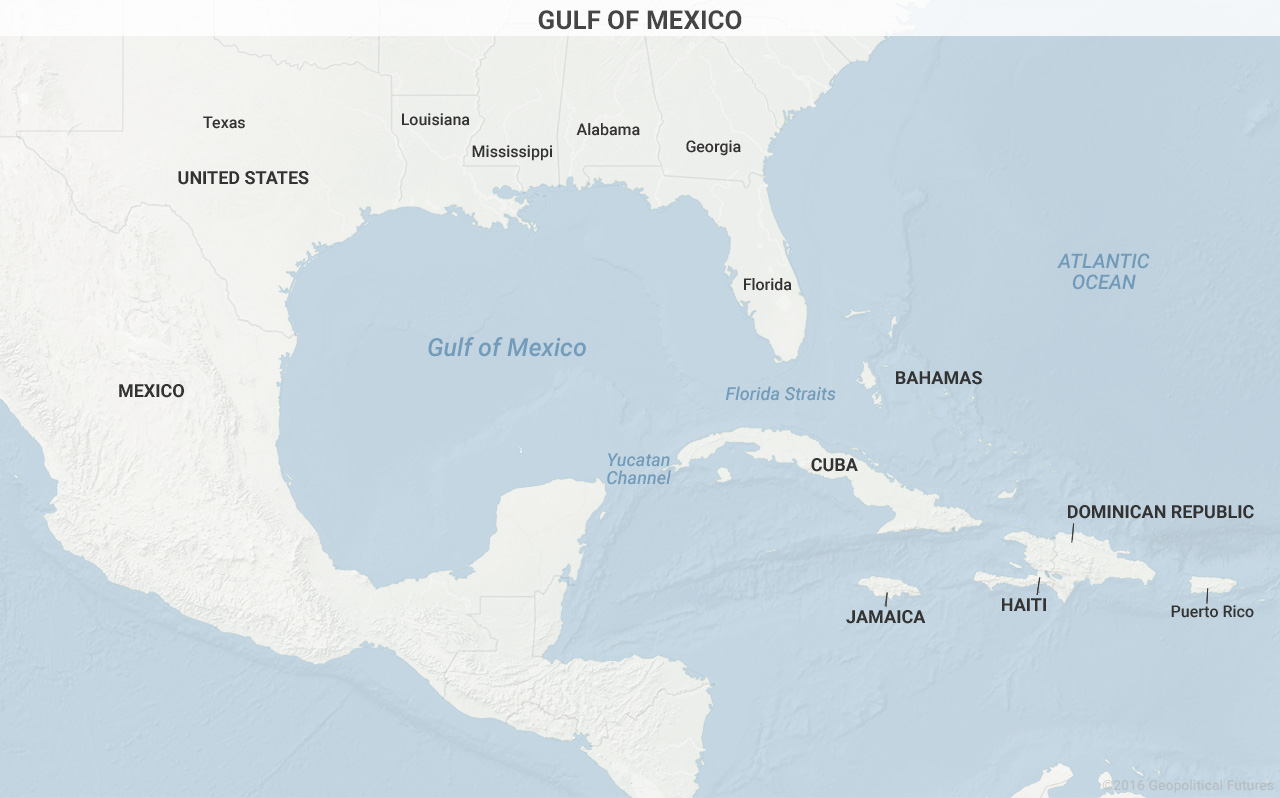 An enemy who wanted to cripple the United States would not try to do it by closing in on the mouth of the Mississippi. That is a long and uncertain journey as the British discovered. The places to choke off the Mississippi are in the two straits. That is what historically made Cuba critical to the United States. It was too weak to threaten the straits, but if it were controlled by a capable foreign power, that power could readily impose a blockade by positioning fleets based in Cuba to the north and south.

Jackson, before he fought at New Orleans, fought the Seminole Indians in Florida. He was obsessed with this battle and many attribute this to his hostility toward the Native Americans. I tend to think it was related to his defense of New Orleans and fomenting an uprising in Texas. If the United States held Florida and the Keys, it would not eliminate the danger from Cuba, but it would provide a passage along the northern extreme of the Florida Straits that might be defensible by the U.S. Navy, such as it was, and guarantee that the route to Europe was opened. Jackson was obsessed with the land west of the Appalachians and he knew that its value rested in guaranteed access to Europe. Taking Florida didn’t solve the problem by any means. The British still held the Bahamas and could block the northern route if they chose. But it was part of the solution.

It wasn’t Cuba that mattered as much as any foreign power that it might ally with or be taken by. In the 19th century, Cuba was held by a weak Spain, which had no such intentions. But the American fear was that the British would seize Cuba from Spain. Remember two things: First, Britain relied on the agricultural exports from the Midwest and necessarily was interested in maximizing control. Second, there was not a great deal of warmth between the U.S. and Britain. The Revolution, the War of 1812 and the dispute over the Canadian-U.S. border made them wary of each other. This was not an irrational fear.

The fear was solved with the Spanish-American war, which began in Havana with the sinking of the USS Maine, and concluded with the U.S. taking effective control of Cuba away from Spain. Teddy Roosevelt, who dreamed of a global U.S. Navy, saw the importance of Cuba. The United States now holds Guantanamo, a base designed to guard the two straits.

The U.S. was comfortable with Cuban independence so long as it did not permit any foreign navy to use its ports and so long as Guantanamo was in U.S. hands. Before and during World War II, there was constant concern of the status of the straits, which were threatened by German U-boats, and of Cuba aligning with Germany. It was not a real threat, but during war, a prudent person is always uneasy.

That concern dissolved in 1991, of course. From then on, there was no country in a position to deploy a fleet in Cuba. But the Cuban regime, created in collaboration with the Soviet Union, wanted another guarantor of its security. The only conceivable partner was China, but the flirtation went nowhere. It is interesting to me that Cuba became interested in better relations with the U.S. when China’s economy declined and it was no longer imaginable that China could be the Cuban guarantor. And it was at that point, when Cuba could find no guarantor, that the U.S. became interested in entente.

Geopolitics is a matter of obsession and habit. Geopolitical realities become an obsession, and the obsession cools into a habit. People do not remember the reason they are obsessed with something. But they continue to obsess. Thinking deeply on geography is not an ongoing process. Geography, once known, embeds itself in political thought. The reasons Cuba is important change, and many of the reasons given are frivolous. It is necessary to recall – in terms that appear preposterous at a moment when the U.S. is a global colossus – what Cuba is, and why Andrew Jackson and John F. Kennedy lost sleep over it. Its importance isn’t about its government. That makes no difference. It is about Cuba’s place, and that makes every difference.