Russia has announced that it will legalize the use of cryptocurrencies. Official reports from the State Duma and the Finance and Economic Development ministries confirmed last week that a bill is being drafted to create the legal framework for trading in bitcoin, dash, ether and other digital currencies. This comes just a year after the same Russian institutions said that people trading in these currencies could be jailed. This raises two important questions: Why has the government made this U-turn, and what opportunities does it now see in this technology? The answers lie in Russia’s need to address serious problems in the banking sector and their impact on the economy.

The Russian economy has been under severe strain since 2014, when oil prices dropped and the United States and European Union imposed sanctions that have dried up foreign investment. As the costs of accessing money increased, the banking sector was also affected by the downturn. Against this backdrop, the Russian Central Bank has intensified its anti-corruption campaign meant to address dodgy, inefficient banks, some of which use money-laundering schemes to remove capital from the country. About 100 banks have closed in the last three years. Central bank head Elvira Nabiullina said the campaign would continue for at least two more years. 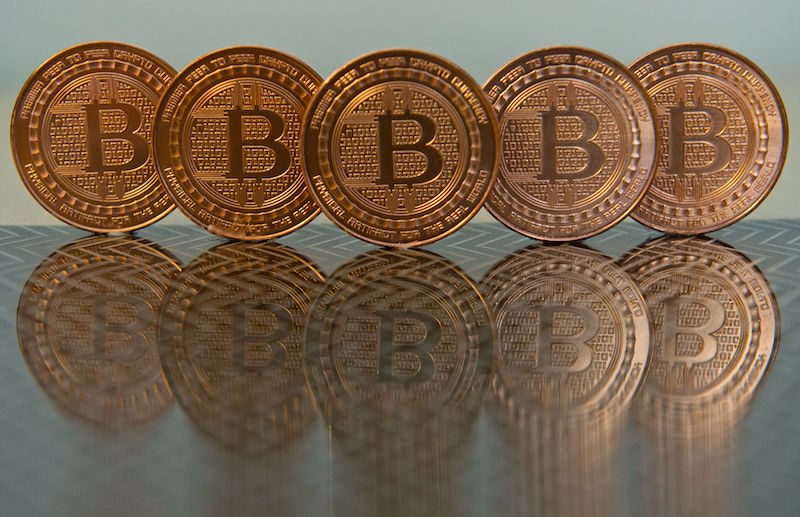 This June 17, 2014 photo taken in Washington, D.C. shows bitcoin medals. Bitcoin uses peer-to-peer technology to operate with no central authority or banks; managing transactions and the issuing of bitcoins is carried out collectively by the network. KAREN BLEIER/AFP/Getty Images

But closing banks is expensive – the process has so far cost the Deposit Insurance Agency (DIA) about $50 billion. In addition, the central bank needs to act carefully to avoid a liquidity crisis caused by closing banks. Local companies depend on banks for liquidity. Extended cash shortages in the country’s mono-industrial regions (many of these regions exist in Russia) could fuel social unrest, which the central government wants to avoid. When Tatfondbank in Tatarstan was investigated in December, protesters called for the central government to force local employers to pay salaries, which were late. The salary problems may have had other causes, as business inefficiencies aren’t directly linked to the banking sector. But Russian business culture is personal, especially in the regions. Company owners are friends with bank managers, and these ties mean that what happens in the banking sector could impact how businesses operate.

These personal ties between local businesses, banks and regional administrators are a source of corruption that Russian central authorities want to at least reduce, if not eliminate. The most common crimes the central bank found in banks it closed were lending to companies with no real business activities, providing fictitious loans to individuals and fraud involving tradeable securities. However, by the time investigators start looking into these banks, their owners often have fled, leaving a hole in banks’ balance sheets, which the DIA must cover by paying back depositors. The current credit system is opaque – central authorities have trouble identifying people involved in the regional banking system, and this allows small banks to operate more or less independently. But closing banks is not enough to limit fraud and its effects on the Russian economy – authorities must find ways to stop it from happening in the first place.

One solution is to implement new technological applications that allow the government to identify people involved in the system in real time. This is why the Russian government has adopted a more positive stance toward cryptocurrencies. The use of digital money is not what excites the financial elite, but rather the technological platform that supports it. Cryptocurrencies are not issued by the government. Unlike traditional currencies that are printed, cryptocurrencies are minted in the digital world. The most successful cryptocurrency is bitcoin, introduced in 2009. New bitcoin units are issued via algorithms that secure their issuance and future transactions. People can buy bitcoins with traditional currencies on bitcoin exchange markets or at their banks and use them to buy goods or services in countries that allow their use. Governments’ biggest fear of cryptocurrencies is anonymity that could facilitate money laundering. But bitcoin has less anonymity than earlier digital currencies, and the trading system it is built on, called a blockchain, facilitates tracking user transactions. 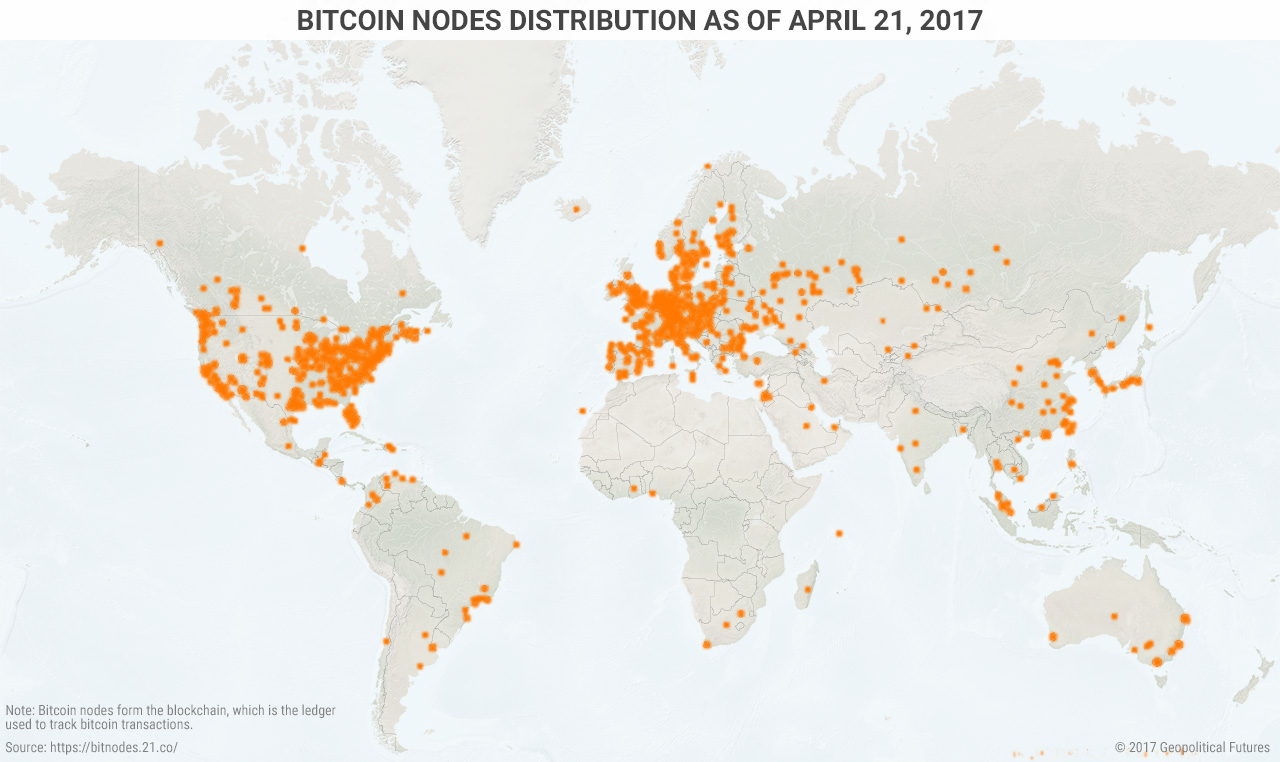 Bitcoin’s growing popularity and acceptance is due to the blockchain. People often wonder how and where digital currencies are stored. Bitcoins are not stored in a file or on a server. Their circulation is tracked using a blockchain, a secured ledger that allows transactions to be timestamped and verified. Bitcoin transactions, not the actual bitcoins, are tracked. This process provides a record of bitcoin users. The blockchain’s technology is built on this logic. Three main characteristics allow it to increase the efficiency of the financial and other sectors. First, it does not have a central database or server that can be hacked since the blockchain is distributed among multiple computers that host data. Second, it is accessible to network members who can see bitcoin transactions in real time. Third, it is encrypted. Like other technological applications, it can be adopted and adapted by a multitude of users, including those in the financial sector. Governments and businesses can create their own versions of a blockchain or use the existing bitcoin platform.

The benefits of using blockchain technology, apart from the ability to track users, include increased processing speed, lower costs due to less bureaucracy (data storing and timestamping becomes an automated process), and increased security once central attack points are eliminated. These benefits are attractive to Russia’s financial system. However, many details still need to be worked out. It is unclear whether Russia will adapt bitcoin’s existing blockchain platform for the entire banking sector and regulate its use through new legislation; use the platform until banks develop their own systems; or approve the cryptocurrency’s use to better understand how the blockchain technology application can help Russia’s financial sector. It is also unclear if the leadership in Moscow will resist these moves. But one thing is certain about the recent U-turn on the use of cryptocurrencies: Russia’s central authorities and elites understand the benefits of implementing blockchain technology within the banking sector. They are hoping to use this technology to decrease fraud and corruption, which in turn would decrease government costs.

In Georgia, the Opportunity That Wasn’t

What We’re Reading: Spy Novels in Asia and the Putin Generation