Russian President Vladimir Putin and Turkish President Recep Tayyip Erdoğan had a meeting on Tuesday. It is not clear what precisely came of it, but it is clear what is at stake. Russia is a weakening power where the state of the economy is now the main issue, and the question of Ukraine remains at the center of its strategic concerns. Turkey is an emerging power whose current internal crisis is being managed effectively, if brutally. Both face an enormously powerful United States, uncertain of what to do with its power and acting at times in a random and unpredictable way. For Russia and Turkey, their next moves can have existential consequences. For the United States, nothing that happens to either of the two countries rises to an existential event. Distance and power greatly insulate the United States from miscalculation.

Therefore, Russia and Turkey are measuring their moves with as much precision as they can bring to bear. In the short term, they have common interests. Each wants to maintain its own freedom for maneuver by deflecting the United States, rather than directly confronting it. Each watches as the European Union tries to figure out what it is and what it plans to do. Europe’s uncertainty gives both countries breathing room and at the same time a large degree of uneasiness. They cannot assume that they know what the shape of European power will be five years from now. The chaos may intensify, or a powerful country or coalition might emerge. What happens in Europe matters to Russia and Turkey.

On the surface then, they would appear to have common interests. In fact, there are signs that these common interests are bearing fruit. Ever since the fall of the Soviet Union, Armenia has maintained a close but subordinate relationship with Russia. This allowed Armenia to defeat Azerbaijan in a war in the early 1990s, which allowed it to seize what had been Azerbaijani territory prior to the war. The region in question is called Nagorno-Karabakh and it has remained a flashpoint between the two countries. Almost 40,000 people were killed in the war, even more Azerbaijanis fled Nagorno-Karabakh and the war sputtered on with periodic clashes and casualties. 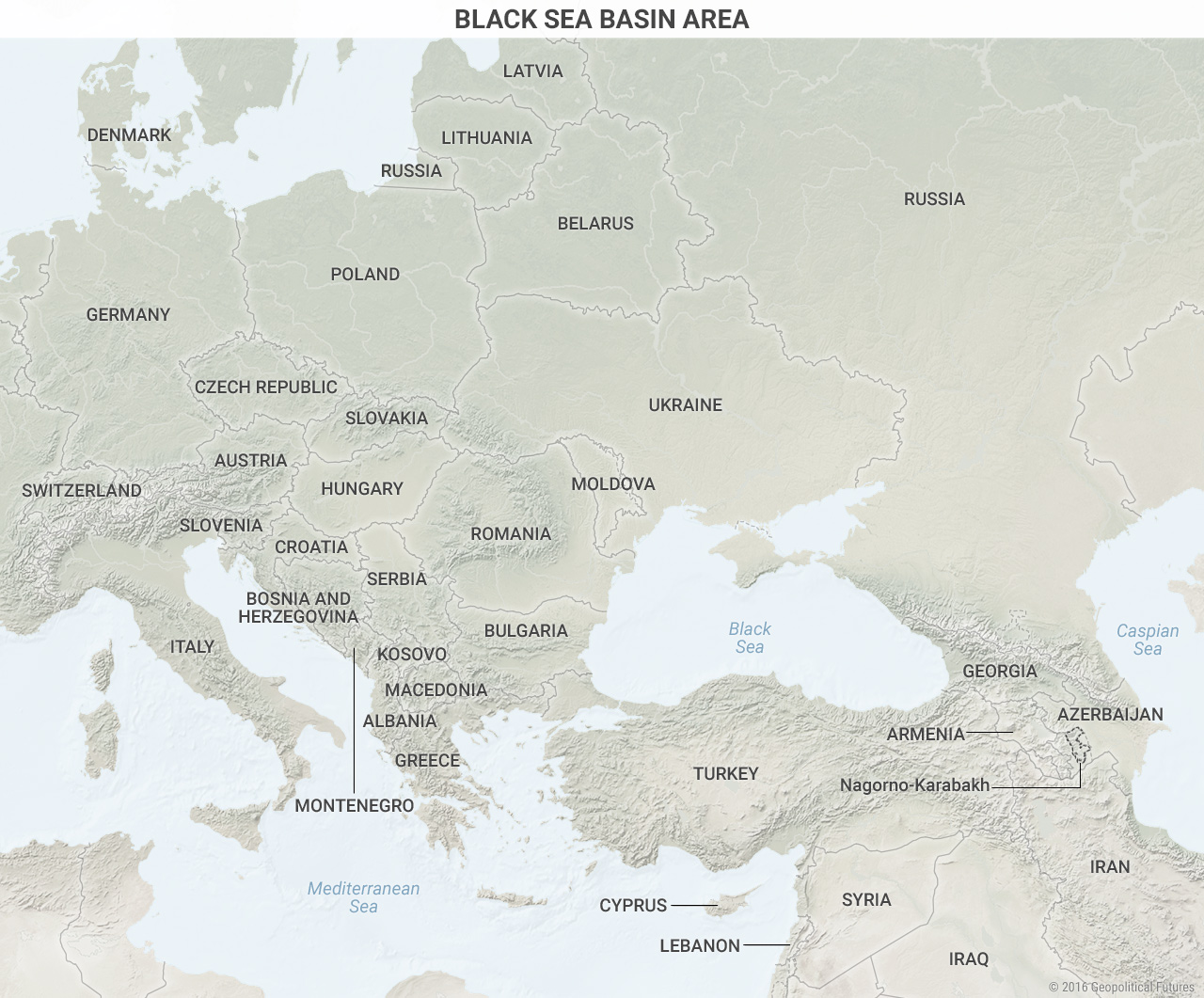 Azerbaijan’s foreign policy was complex. Caught between Iran and Russia, it constantly had to maintain a policy that preserved its independence without threatening either country to the point that they might act. The Azerbaijanis wanted a close relationship with the U.S., but the U.S. pushed them away over human rights issues and because strategically it would place the U.S. in an unsustainable position, between Russia, Iran and Turkey. Lacking an anchor, Azerbaijan shifted its weight constantly. The Nagorno-Karabakh situation remained a fundamental issue.

Azerbaijan specialized in complex relationships, but its relationship with Turkey was relatively strong. Turkey was a transshipment point for energy. And perhaps most important, Azerbaijan began acting against the Gülenists several years ago. Turkey shares cultural and ethnic ties with Azerbaijan, and both countries had a common enemy, Armenia. For Turkey, the Armenian question could have been marginal, but Turkey was also concerned about the Armenians because they helped shape U.S. policy toward Turkey and brought Russian forces into the southern Caucasus.

The key issue here was what was called the Armenian genocide. After World War I, when the Ottoman Empire was collapsing, there was chaos in the region and the Turks killed a large number of Armenians. In a region where memory is long and forgiveness scarce, the Armenians remembered this bitterly, while the Turks denied that any such genocide had occurred. The Armenians had a large number of émigrés living in the United States and they formed an effective lobby, shaping but not determining fully the U.S.’ policy toward Turkey. It was in part for this reason that the Armenians turned to the Russians, inasmuch as war with Turkey was a very real possibility. Since World War II, Russia has been the guarantor of Armenia’s national security and has blocked Azerbaijan’s actions against Armenia. The Russian role was one of many things that divided Turkey and Russia, since Russia was defending a hostile Armenia.

The situation appeared to be shifting even before the attempted coup in July. Since then, there has been intensifying evidence that Russia is about to shift its policy on Armenia. Putin has met with the presidents of Azerbaijan, Armenia and of course Turkey. A degree of instability has broken out in Armenia with anti-Russian forces taking to the streets. The demonstrations weren’t huge, but the fact that they were anti-Russian is telling. It seems likely that Russia will force a deal on Nagorno-Karabakh and reduce its support for Armenia. This will make the Azerbaijanis and the Turks quite happy and indebted to Russia.

Russia’s concern is the United States’ intensifying relationship with Romania and Poland. We have been talking about the Intermarium, a containment line against Russia ranging from the Baltics to Turkey and possibly to Azerbaijan. This is something that would put Russia in a terrible position. Turkey has worked with Poland and Romania on defensive issues for a while, particularly after it shot down a Russian plane. Russia obviously doesn’t want to see Turkey join the American-sponsored alliance. Turkey has been uneasy about becoming subordinate to the United States since refusing to participate in the war with Iraq in 2003. With Russia hostile, Turkey would have no choice but to align with the Americans. Now, the Turks have a choice. A quid pro quo designed to build trust could be a Russian-sponsored settlement imposed on Armenia and Turkey pulling away from Poland and particularly Romania. This would strengthen the Turkish position in the Caucasus and Russia’s position to its west.

This could be the opening maneuver, but the long-term basis of this relationship is still doubtful. Both countries have significant internal problems. Neither can simply disregard or oppose the United States. There are too many ways the U.S. could harm them if it wanted to. And most important, there is a geopolitical tension built into the Russian-Turkish relationship. They have never trusted each other. Russia can’t let Turkey be the dominant power in the Black Sea. Turkey can’t allow Russia to dominate the Bosporus. A settlement on Armenia and declining involvement in a U.S.-sponsored alliance are a basis to begin the relationship. But continuing it would require the two to collaborate in developing influence in the countries surrounding the Black Sea and beyond, such as Moldova, Romania, Serbia and Azerbaijan. They would also have to work together in Central Asia.

In the short run, this reconciliation works. In the long run, the probability of Russia and Turkey not clashing is minimal. And as soon as clashes occur, Turkey will want U.S. help, and the Russians will want the U.S. to stay out. That combination will likely draw in the U.S.

Alliances triggered by short-term events like the Turkish coup can last for decades only if the fundamental basis for a relationship is in place. It has never been there for Russia and Turkey, and it is there now only because of passing events. Armenia doesn’t matter that much to Russia and increasing Russian power will make Turkey uneasy. Their alliance can last years but in the life of geopolitics, that is not very long. It is serious, but will not define our time.