On most days, the Reality Check addresses a particular event that furthers or shifts the trajectory of a major global process. However, it is occasionally a forum to address fundamental concepts that inform Geopolitical Futures’ analysis but don’t get much attention in our writing. Many readers have written to GPF to inquire about where sub-Saharan Africa and South America fit in our framework. Today’s Reality Check is a response to those inquiries.

GPF follows a particular methodology that directs the course of analysis and serves as the cornerstone of our forecasts. The model is the summation of how different countries’ imperatives and constraints confront each other at a global level. It is dynamic, comprehensive and constantly monitored through our Net Assessments, Forecasts, Deep Dives and other analyses. The model tells us two things. First, it points to the parts of the world that can significantly change the global reality. Second, it indicates the likely outcome of these changes.

The degree to which a region or country can significantly change a global reality depends on its ability to amass and project power. Although South America and sub-Saharan Africa have abundant natural and human resources, their ability to project power externally is limited due to their geographic isolation from the areas at the center of the global system – North America and Eurasia. 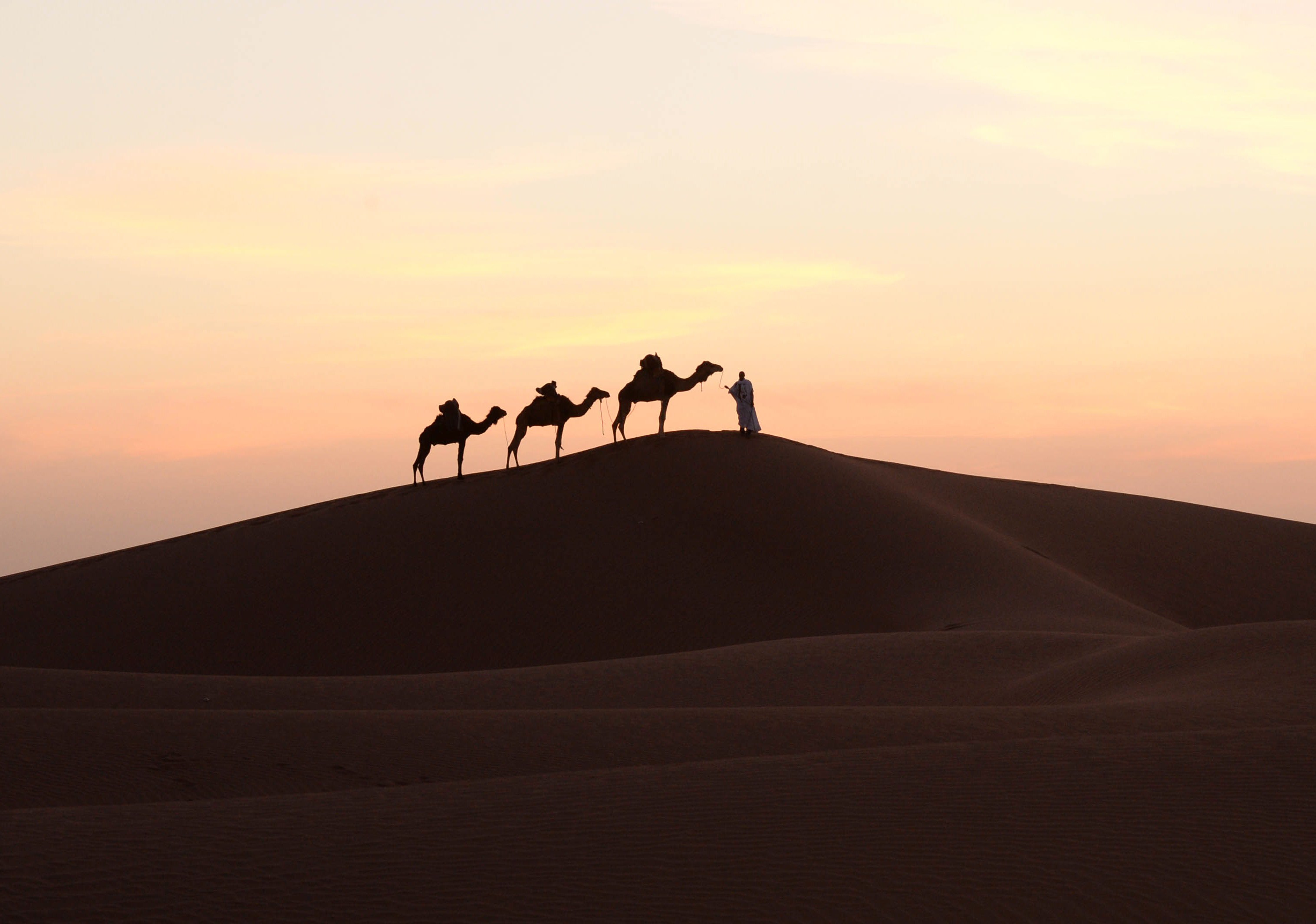 A man walks on a sand dune with his camels in M’hamid el-Ghizlane, in the Moroccan southern Sahara Desert, on March 16, 2014. FADEL SENNA/AFP/Getty Images

In Africa, the Sahara Desert serves as the demarcating feature. Spanning the continent from the Atlantic Ocean to the Red Sea, the Sahara is over 5.3 million square miles of inhospitable terrain, creating a division between countries to its north and south. The countries north of the Sahara border the Mediterranean and therefore are inherently tied to Southern Europe and parts of the Middle East. Countries and population centers south of the Sahara remain largely isolated since significant geographic barriers – the desert and oceans – separate them from the rest of the world and are difficult to overcome.

Geography is also an important factor in South America’s geopolitical peripheral status. Dense terrain and seas separate North and South America. The Darién Gap, a practically impenetrable dense swamp and jungle, overlaps both sides of the Colombia-Panama border, which is approximately 140 miles long. The Darién Gap is South America’s only physical connection to the rest of the Americas. It remains undeveloped (not even the famed Pan-American Highway traverses through it) and runs over volatile, mountainous terrain. Even today, almost all travel over this area occurs by sea or air. The Pacific Ocean, Atlantic Ocean and Caribbean Sea insulate South America from other landmasses.

While overcoming geographic barriers is possible – especially with technological advances – projecting power over long distances is extremely challenging in terms of logistics and resources. Both regions have been unable to accomplish this in the past and the present. Pre-colonial African empires did not manage to construct holdings that spanned across the Sahara. None of the great Central and South American civilizations – Incas, Mayans and Aztecs – expanded their kingdoms across the Darién Gap. The United States is the prime example of how a country can project power over extreme distances through technology and immense resources – just look at its military operations in the Middle East and Afghanistan. But the U.S. is a global hegemon, and no other country in the world currently has this power projection capability.

The concentration of economic and population centers in more northern regions – North America, Europe and Asia – has also affected trade routes and put sub-Saharan Africa and South America at a disadvantage. The latter two regions are significantly sidelined from major trade routes. The World Shipping Council reports that only 158 of 490 liner shipping services that provide regular service are connected to sub-Saharan Africa or South America. The council also tracks the amount of cargo, measured in 20-foot equivalent units (TEUs), shipped along major east-west and north-south trade routes. East-west routes include ports in North America, Europe and Asia, while north-south routes also include ports in South America. This particular measure does not even register sub-Saharan African ports. The east-west routes accounted for 55.3 million TEUs in 2013, while the north-south routes saw about 5.1 million TEUs. The Suez and Panama canals also affected global shipping routes and enabled ships to more easily bypass southern waters altogether.

Geography has put South America and sub-Saharan Africa on the periphery, but they can still play a role in geopolitics through their interactions with major global players. They can increase their geopolitical significance in two ways.

The first way is through topic-specific insertion. This involves actively identifying ways to participate in global issues and forums that in turn increase the geopolitical relevance of a region or country. This can be done in a variety of ways. One is to become the major supplier of critical commodities to a great geopolitical power (for example, supplying large quantities of soy or copper to China). Another way is to develop expertise in a particularly influential field, like nuclear energy or deep-water oil drilling.

A region can also increase its relevance by supporting global powers in their international activities. When principal powers deem a country or region in the periphery as strategically advantageous to the former’s goals, the periphery’s geopolitical relevance increases. For example, African ports gained strategic value as refueling posts for European traders seeking to transport goods to and from the Far East. A more recent example is the strategic value of Brazil to Allied powers, particularly the U.S., during World War II. The Brazilian northeast, especially Fernando de Noronha, provided a southern front for Atlantic Ocean security operations. However, auxiliary roles are often temporary. They become more or less important depending on broader geopolitical processes.

This explains how peripheral regions, like sub-Saharan Africa and South America, can occupy a more prominent geopolitical role at certain times. This role, however, depends on their relationship with the dominant geopolitical trends of the day. Thus, GPF’s analytic model includes both of these regions. But the ability of a country or region to project power determines its prominence in GPF’s model. The geographic isolation of these two regions significantly reduces their ability to project power and assume a central role in global affairs.

Europe’s Era of Harmony Is Over