The United States is still in the negotiating stage over North Korea’s nuclear weapons programs, but it is also getting close to the point where it must make a decision about what to do.

Last week, the Trump administration confirmed that North Korea launched an intercontinental ballistic missile. The launch of a two-stage missile that, according to some experts, reached an altitude of 1,700 miles might indicate that the North Koreans have a platform for a nuclear weapon that could reach the United States. But that conclusion is premature. Other things are needed, including a guidance system, material that can survive the extreme conditions on re-entering the atmosphere, and a nuclear weapon that can function after enduring the rigors of launch and re-entry. They may already have perfected those technologies, and U.S. intelligence may know the status. To an outsider, it appears that the North Koreans are getting closer to a deliverable system. At best, we can now only say that we are uncertain whether they have one or not, and that is a huge shift. 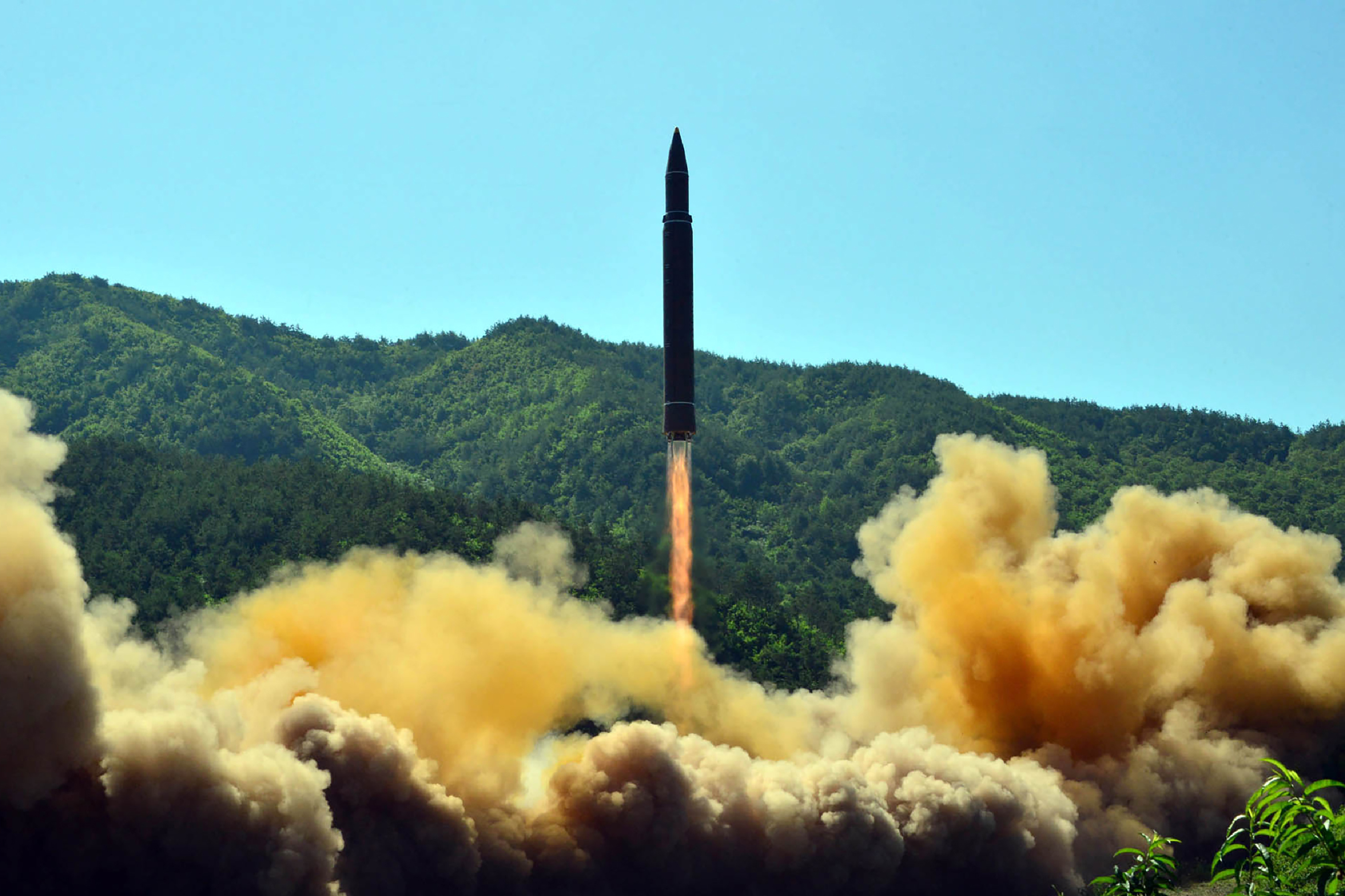 This picture taken on July 4, 2017 and released by North Korea’s official Korean Central News Agency on July 5, 2017 shows the successful test-fire of the intercontinental ballistic missile Hwasong-14 at an undisclosed location. AFP PHOTO/KCNA VIA KNS/Getty Images

The Chinese Can’t Entice the North

The Chinese are content to let things develop as they will. If developed, North Korea’s nuclear weapons program it will pose a perpetual threat to the United States, limiting its room for maneuver in Asia. An American attack resulting in massive casualties in Seoul may destabilize South Korea, giving China an opening: If the attack goes well, China can accuse the U.S. of unnecessarily and recklessly attacking North Korea – just when China was “making progress” in negotiations. Ultimately, China has little interest in solving the American problem, as the only real issue for the Chinese – trade – is going to remain a challenge regardless of where the North Korean weapons program stands.

All of this brings the option of a U.S. strike on North Korea back on the table. But this option is also problematic. An American attack on the North could result in massive South Korean casualties. In addition, the North Koreans have dispersed apparent nuclear and missile development sites so that it is difficult to tell which are primary, redundant and decoy sites. Some of them are built into deep tunnels or into mountains. Conventional airstrikes will set back the program, but they may not stop it.

To increase the probability of success, special operations forces and other troops may need to be used. Failure to destroy the nuclear facilities with catastrophic civilian casualties is a real possibility. The campaign, even if successful, will be extended, complex and inevitably costly. This is why the U.S. is prepared to give China all the time it claims to need, even if success is dubious. The alternative is frightening.

Another dimension of this issue is proliferation. The North Koreans are in need of hard currency and see the proliferation of nuclear threats as diffusing American attention on Pyongyang. The sale of weapons, technology and expertise to other countries and subnational groups is a real threat.

As the point where a decision needs to be made approaches, some have argued that the only viable strategy is to accept North Korea as a nuclear power. As the argument goes, other countries the U.S. regarded as unstable and unpredictable – China and Pakistan, for example – have developed nuclear weapons, and the acquisition of those weapons changed their behavior. Where previously they were insecure and, therefore, given to recklessness, the acquisition of those weapons made them more secure and less impulsive. Possessing nuclear weapons can make nations more prudent. The proof is that no nation, save the United States under radically different circumstances, has used nuclear weapons.

Another point in favor of the acceptance argument is that eliminating North Korea’s nuclear and missile programs would be difficult and costly, and the chance of success would be uncertain. One way to increase the likelihood of success would be to use at least tactical nuclear weapons against hardened sites and perhaps against North Korean artillery in the south. But that would also set a precedent for using nuclear weapons in cases that aren’t of existential importance. Therefore, this is not an option for the United States.

The counterargument – the strategy that was in place at the beginning of this crisis – is that this is in fact an existential crisis for the U.S. There is no reason to believe that North Korea will behave like other nuclear states because even prior to acquiring these weapons, North Korea did not behave like them. Nuclear weapons were not a critical element of regime survival for Pakistan or China. They were at most an enhancement. The North Koreans see themselves as surrounded on all sides by enemies, and in some sense, they are right. The belief that they will change their core behavior by possessing nuclear weapons may be comforting, but the U.S. can’t be confident that it is true. And if the proponents of the acceptance strategy are wrong, the costs will be far greater than the costs of launching an attack now.

It comes down to predicting North Korea’s behavior, something that it has deliberately made unpredictable. The North has pursued a policy of appearing to be erratic and dangerous in order to deter destabilization tactics. And the strategy has worked. The North Koreans have made a convincing case that they are unpredictable and dangerous. And if those making the case for acceptance are wrong, and Pyongyang doesn’t change its behavior after acquiring nuclear weapons, the price will be staggering.

The issue also comes down to the number of casualties an attack would involve. This requires an understanding of North Korea’s command system and how it would respond to a U.S. attack on North Korean nuclear facilities. In the event of an attack, will the North Korean artillery complex in the south be ordered to open fire immediately? And perhaps more important, if the political and military command is destroyed or isolated by an attack and communications are disrupted, where will the artillery complex get its orders? In the absence of contact with higher command, are they instructed to open fire on their own initiative? If communication within the artillery complex breaks down, what are the orders to battery commanders? In other words, is it possible to paralyze the artillery complex? Given the nature of the North Korean regime, devolving authority to the levels of lieutenants and captains is hard to imagine, and initiative is not built into the culture.

It is inevitable that as the decision approaches, alternative strategies will appear. And it is in human nature to raise doubts about a strategy’s effectiveness once it’s decided on. Going to war overwhelmingly confident is dangerous; it causes you to minimize risks. That said, this debate cannot go on much longer, because if it does, those arguing for acceptance of North Korea as a nuclear power win by default.

A decision must be made, but it can’t be based on an assumption of how North Korea will behave. We just don’t know. But it can be made based on knowledge of how the command system for the artillery complex works, and a hundred other details that define vulnerability, and therefore risk, on both sides.

The American Need to be Admired