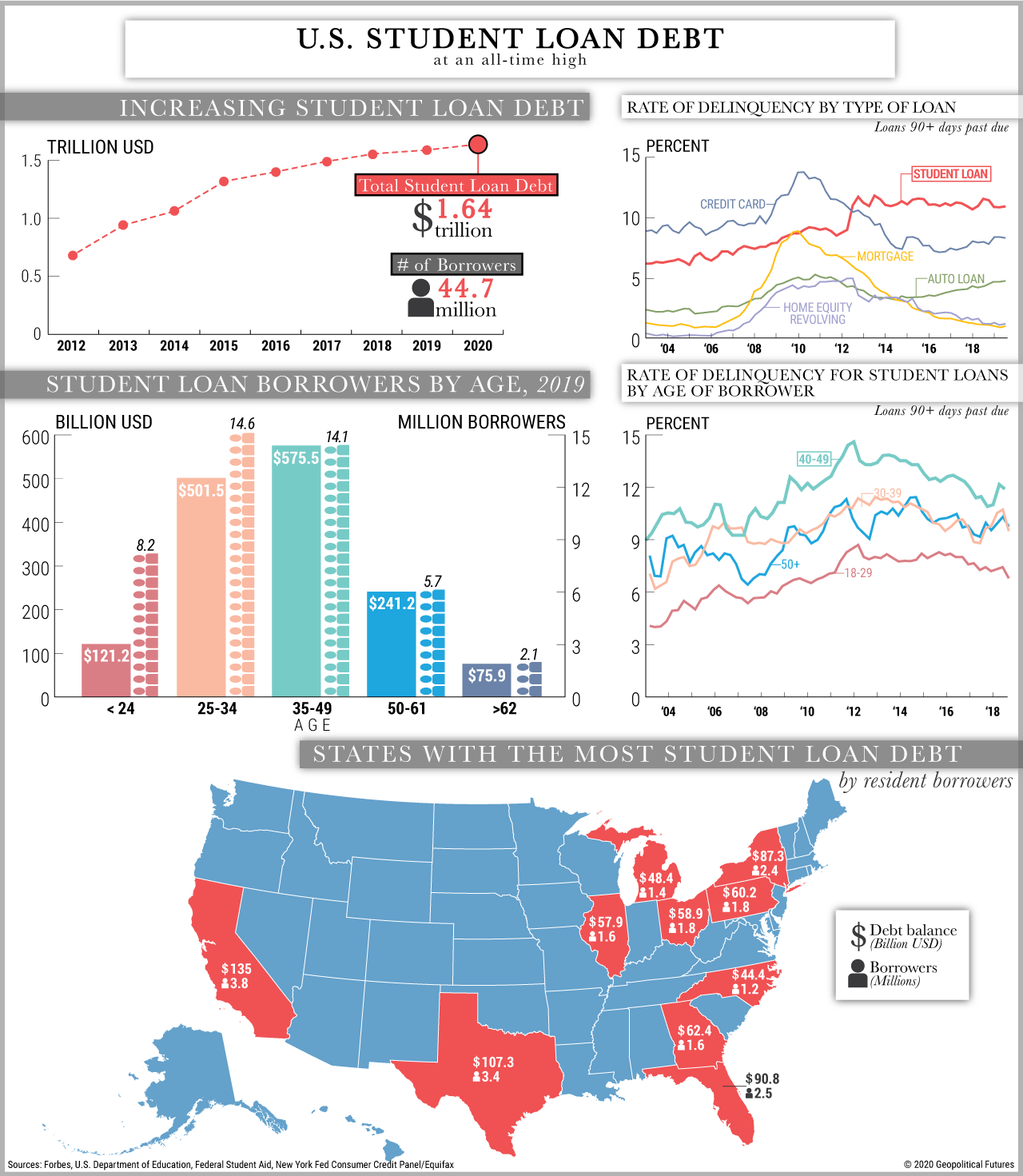 The rising cost of higher education in the United States is unsustainable. The total amount of student debt has now reached $1.64 trillion. In late 2019, 10.9 percent of aggregate student debt was either 90 plus days delinquent or in default. Student loans now account for 11 percent of total household debt, making this category the second-largest source of debt behind only mortgages at 68 percent.

The U.S. is facing the simultaneous end of institutional and socio-economic cycles. Whatever the causes, most socio-economic cycles end or begin with a financial crisis. The rising levels of student loan debt will be a major driver in the United States’ anticipated transformation over the coming decade because it is the system that fuels the broad social bureaucracy. The university is poised to be at the center of a political battle in which it is both part of the problem and part of the solution. To read more about the critical role of the university in the United States’ institutional and socio-economic cycles, check out “The Storm Before the Calm” by GPF founder George Friedman.