German Chancellor Angela Merkel said on Monday that multiculturalism is a sham. She has said this on rare occasions in the past, but it has particular significance in the current debate in Europe over immigration. It is important to understand what European multiculturalism is, as it is not at all like the American concept of the melting pot. The American notion is that all Americans have, or over generations, will develop a common core set of linguistic and cultural values. They will continue to recall and value their own cultural heritage, and perhaps practice elements in the home and even in public. Hence, New York has its St. Patrick’s day parade, while at the same time the people parading have adopted the vast majority of cultural norms, acknowledging that wars between Catholics and Protestants are in bad taste. The cultural identity is a difference, not a radical distinction.

This is possible because the United States is an artificial nation, constructed around a core set of values of the founders and their values, but forming an archaeological dig of immigrant values, never violating fundamental norms, but providing layers of experience, wisdom and eccentricity to the mix. Even when the Irish created Catholic schools in the 19th century as alternatives to public schools, over time the distinctness eroded to nostalgia for a time no one alive experienced. As artificial as the United States was, that demonstrated the seduction of the center.

Europe’s concept of multiculturalism is fundamentally different from that in the U.S. It rejects the idea that there is any core, in this case German, and rejects demanding that immigrants over time accept those values. In fact, they reject that anything is intrinsically better than the other. So it’s not that they specifically reject Germanness but rather they just don’t see it as any better or worse than anything else. Simply put, one doesn’t have to be German in this case. The idea of European multiculturalism is that immigrants can retain their fundamental values living side by side in large numbers without creating a common core to facilitate intermingling. The Catholics confronted the Protestant northern Europeans in the mid-19th century and later, as distinct and averse to assimilation. Over time this wore away, and Irish Catholicism itself assimilated into something no longer at odds with the core. Multiculturalism neither demanded accommodation of the immigrant nor provided the framework that facilitated it.

As a result, the massive number of Muslim immigrants were encouraged to stand apart, retain their own customs and values. The equivalent would be to imagine Irish Catholics being encouraged by the dominant English Protestants to stay as they were. Staying as they were meant seeing the English as their historic enemy and the Protestantism as heresy. Holding on to their own culture and values would have meant holding on to the historic hatred, and that hatred had bred war between Irish and Protestant, since the Irish at least had bitter memories and Catholics saw themselves as mortal enemies of Protestants. The result would have been transferring the European religious wars to the United States. As it was, there was substantial tension, but it was eroded over time by the core’s toughness and simultaneous openness to partial surrender.

Historically speaking, tensions and conflict have existed between Muslims and Christians for a thousand years. As a result, a sizable number of Muslims – though not all – developed a fundamental distrust and dislike for European Christians. The Europeans used to pray for preservation from the Comet and the Turks. As Muslims weakened militarily, the prayer was forgotten. Muslims were not held in high regard but they were not hated with the intensity of before. Muslims have passed through more than a century of European conquest. For them the Crusades were not ancient history, but had been repeated in the 20th century. They came to Europe because they lived in poverty in their homes and saw Europe as a place where they could live better. In this sense it was like a migration to America, with this exception: they were not expected to adopt German culture, nor did they wish to do so. Germany didn’t pull them in. They did push themselves in. They stayed separate, with the values they were born with that were never eroded by time or a seductive host culture.

The Europeans pretended that multiculturalism was a form of tolerance. It may have been intended that way. What it was in practice was a ghetto without walls. Behind the willingness to accept perpetual distinctions was the unwillingness to allow the stranger to become one of them. At the heart of the European nation-state is not a set of moral precepts, but a shared history, language and culture. A German is a German because he was born to the German people, as with the French or the Armenians. Citizenship, or the right to legal protections can be granted. Allowing the foreigner to become a citizen was not a challenge. Allowing him to be a German was not a matter of choice. A German was someone born to Germany.

Although Merkel understands that multiculturalism has failed, she doesn’t address the alternatives. Citizenship is a legal status. It is not the same as being a full member of the nation in Europe. For that, you need to share not only legal principles but heritage and culture. It is a halfway house to full community, and leaves the migrant outside the bonds of community with only a formal and legal sense of belonging. Again, imagine the Irish Catholic coming to America, being encouraged to maintain his uniqueness, but being unable to draw him to the core of America. Imagine what would happen to his deep hostility to the English. It would not be dissolved but instead purified and hardened. The troubles in Ireland spread to America to some extent, but in the end, they were marginalized. Becoming an American was far more seductive than hating the English. But do to the Irish Catholics what was done by Europe to the Muslims, separate them out in the name of liberalism, find it impossible to give them a seat at the table, and the venom would also surge. I think Merkel means that she wants the Muslims to stop being separate and become part of Germany. She faces two problems. The first is reconciling any historically-oriented grievances that some Muslims have against Christians, and that their isolation under multiculturalism intensified the anger. The second is that she has no way to define a path to becoming German. It is not only the Muslims but the Germans and the rest of European culture that has defined the nation as hospitable to strangers, but never allowing the stranger to become one of them.

Germany brought in the Muslims to do the work the Germans wouldn’t do. They did not crash into the gates of Vienna as the Ottomans did. They were wanted, and designate guest workers. It was a perfect name for them. They were workers. They were guests. They were not at home, no matter how many generations were born. Now the refugees have come, and they are not workers in a dysfunctional European economy, and they are not welcomed guests. European ethics require they be welcomed as guests – guests who leave. The refugees are not there to become Europeans and the Europeans have no way of making them Europeans. The multicultural ghetto has failed, and there seems to be no option other than conflict, in a continent whose population is declining and who needs more, not less, guests to do the work that there are no longer Germans to do. 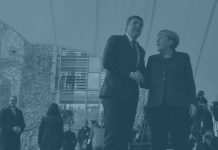 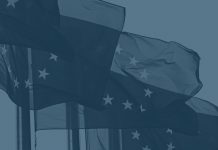 Merkel, Time Magazine and Our Take on Why She Deserved the Honor