It’s a toss-up whether the United States and North Korea will sue for peace or opt for war. Still, there appears to be interest on both sides in easing tensions. U.S. Secretary of State Rex Tillerson has even intimated a possibility for direct talks. Informal talks have taken place for the past few months, of course, but these would have clearer imperatives: that Pyongyang not fire missiles at Guam and that the United States reduce the amount of military exercises it holds with South Korea. But is it even possible to reach a settlement on the terms they want?

The U.S. demand is easy to state but difficult to implement. It wants North Korea to reverse course on its nuclear weapons program. Merely halting the progress Pyongyang has already made would enable North Korea to resume development at a later date. In fact, earlier agreements fell apart because they neglected to include such a provision, and so the North Koreans were able to pick up exactly where they left off. Hence the current crisis.

Correcting that mistake would entail dismantling certain facilities and, since the U.S. would never expect North Korea to honor its commitment, Washington would demand permanent inspectors with unfettered access to every facet of the program to remain in the country. So while the U.S. demand may seem modest, it is in fact radical. Simply forfeiting a nuclear weapons program would give Pyongyang nothing. The government is unlikely to accept peace on these terms unless it can demand some substantial concessions from Washington.

This brings us to North Korea’s demands, which are much broader than Washington’s. Pursuing a nuclear weapons program, one meant to discourage any threat to the regime and thus ensure its survival, demanded a huge amount of resources. The North Koreans have not come this far simply to walk away with nothing to show for it. If they were to agree to abandon their program, they would do so only if another means of security were in place. 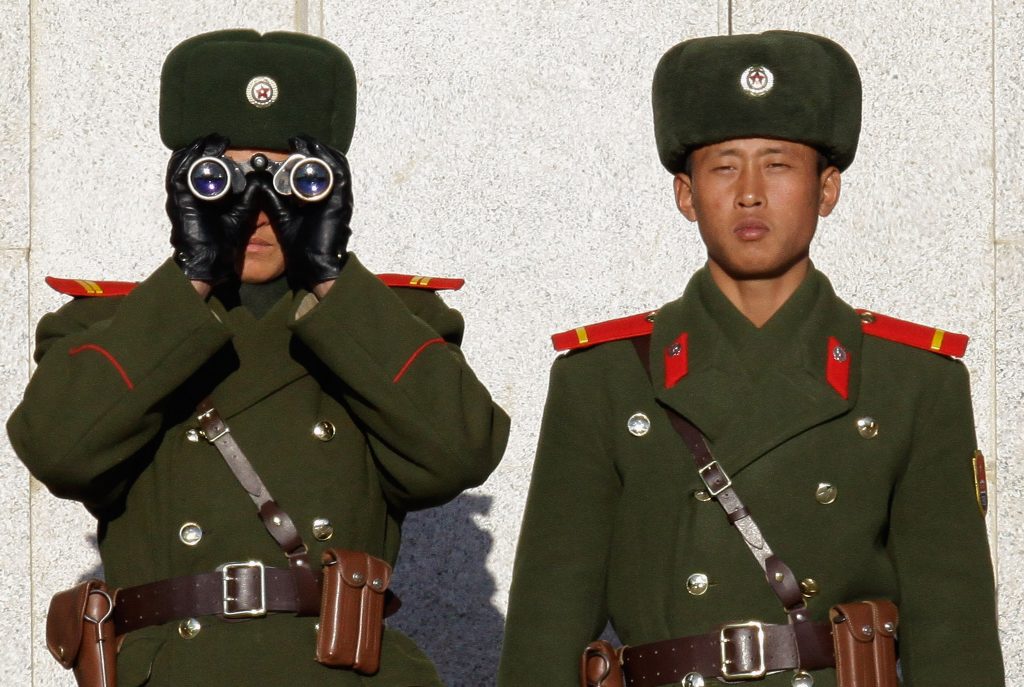 This would likely require a new regional framework whereby the U.S. would enhance North Korea’s position at the expense of its allies. The framework would also have to weaken U.S. influence in the region, perhaps by relinquishing its relationship with South Korea and withdrawing its forces from the peninsula, or perhaps by keeping its Navy out of the Sea of Japan. Maybe U.S. aircraft would be prohibited from flying near Korean airspace, and maybe Washington would have to rework its treaties with Japan so that its troops there did not threaten North Korea. In short, if North Korea must abandon its military capabilities, so too must the United States, or so the thinking of Pyongyang would go. The U.S. will not alter the regional balance of power lightly. And even if it did, it would have to consider the financial burden of propping up the government in Pyongyang. The United States is unlikely to accept this.

War is the one option the U.S. has to prevent North Korea from completing its nuclear weapons program – if it has not done so already – without giving up anything (except blood) in return. But, as has been widely discussed, this option would be difficult and bloody, and if success is measured by the elimination of all nuclear facilities, there is no guarantee that it would be successful. North Korea is not particularly keen on the prospect of war, either – it knows war introduces the possibility of annihilation. But it has come to read the fear in South Korea, which would likely bear the brunt of the war, as a check on U.S. intent. This dramatically reduces the chance of war.

Of course, agreements have been made and broken before. If North Korea surrendered its program, the U.S. could renege on whatever promises it made, re-establish military ties with South Korea, and re-deploy its naval and air forces. The government in Pyongyang understands as much – even expects as much – so it is highly unlikely to reverse course on its program.

The Strangeness of an Analytic Life