Overhauling political systems is always a risky move. It becomes a perilous enterprise if states do it while faced with multiple crises. But it is not as if they have much choice in the matter. This is the story of Kazakhstan, where the state has reached an impasse and must change. But doing so could lead to the very outcome Astana seeks to avoid.

Kazakhstan and the wider region of Central Asia are at the cusp of significant change, albeit largely unrecognized by the rest of the world. The country did make headlines, but only because Russia, Turkey and Iran agreed to hold the last round of Syrian peace talks in its capital of Astana. Recently, Kazakhstan’s President Nursultan Nazarbayev has been engaged in international diplomacy as a mediator, most notably between Russia and Turkey. These developments, along with the country’s status as the largest Central Asian state, mask the deep malaise afflicting Kazakhstan. 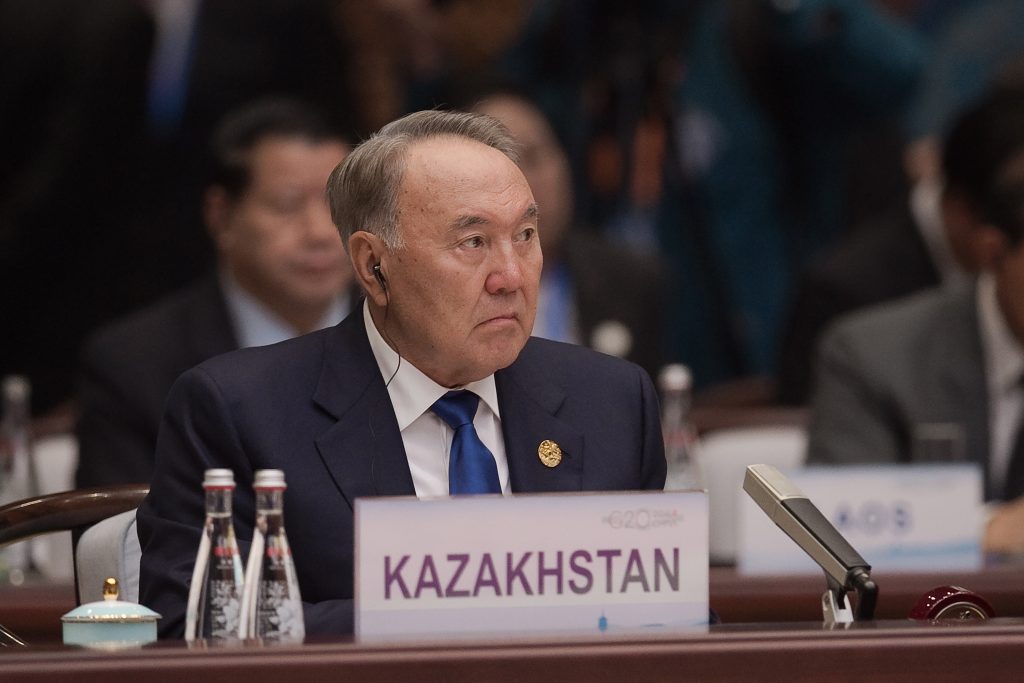 After a quarter century as a sovereign state, Kazakhstan is at a crossroads. The country has had only one leader – the incumbent Nazarbayev, who has ruled since the 1980s when it was a republic of the Soviet Union. Nazarbayev is 76, and Kazakhstan is in a state of pending power transition.

Nazarbayev realizes that life will not simply go on in his country once a top associate succeeds him. In fact, he doesn’t seem confident that a successor will be able to hold it together as he has for over 25 years. This is why last week, in a nationally televised speech, he announced that the country’s political system would be changed and that he had ordered a working group to come up with a plan to do so. While the details have yet to be worked out, it is clear that the current presidential system will be changed to a more parliamentary form of governance. The Kazakh leader explained that the presidential system had long served the country well because it was “necessary” for one man to take the helm of the country after the fall of the Soviet Union, but that the system had outlived its usefulness.

Nazarbayev acknowledged that Kazakhstan is undergoing rapid domestic social changes, and it was forced “to respond to regional and global challenges.” The scale of change required what he described as a “massive redistribution of power and democratization of the political system as a whole.” As per his envisioned change, many of the powers he currently enjoys will be handed over to parliament, and the government will emerge out of the party that wins a majority in the legislature. Under the new system the president will serve as liaison between the various branches of power and will focus on foreign policy, defense and homeland security. He also will have veto power over all the government’s decisions.

Clearly, the intended changes will still leave the president with oversight over the other branches of government. Nonetheless, to many in the West, these changes would still constitute some measure of political reform. In reality, the Kazakh leadership is changing the political system to avoid regime change, or worse, regime collapse. In 2016, the country faced public protests, labor strikes and terrorist attacks. The latest hunger strikers protesting the closure of a labor union were members of the ruling Nur Otan party, which speaks volumes about the risks to the regime’s legitimacy.

So far, the regime has used coercion with some incentives to contain unrest. But it realizes that it can only go so far in doing this. Declining oil prices have hurt Kazakhstan, as 60 percent of all export income comes from the oil and gas sector. Its key ally, Russia, is also suffering from a major financial crunch due to depressed energy prices. Neighboring Uzbekistan is also in the middle of a transition following the death of President Islam Karimov.

While the Uzbek transition seems to be under control – at least for now – Nazarbayev does not want to take any chances. In recent months, he implemented a major reshuffle of the government. He has also been deeply concerned about corruption in the armed forces and has been working with his generals to address the problem.

But these measures have obviously not been enough, which would explain the latest move to “redistribute power.” The Kazakhs hope that the envisioned changes to the political system will allow the state to manage growing social pressures and secure the posterity of the regime. Since the final plans for the systemic overhaul have still not been decided, it is unclear how long the process will take. Even when the changes take effect they will occur at a time of great stress and strain on Astana.

Changing a political system is much easier when there is relative prosperity. Furthermore, democratization of autocratic systems is a nonlinear long-term process. In the case of Kazakhstan, the clock is ticking, and the regime is racing against time. The move to affect change also comes at a time of multiple crises – both internal and external. This means that the efforts toward systemic change could very well lead to the situation these changes hope to avoid.

If Kazakhstan is unable to manage a soft landing, what will be at stake is not simply the domestic politics of the country, but rather the geopolitics of Central Asia, which we have identified as the next major global region to destabilize.