I have worked at George’s side now for six years, and for the past six months as the director of analysis here at Geopolitical Futures. And yet, this week marks the first time that I have accompanied George on one of his geopolitical journeys. George’s reflections on this trip will resume tomorrow, but today’s Reality Check gives me a chance to step back, reflect and offer a slightly different perspective. The first stop for us was Bratislava, capital of Slovakia and home to a conference called Globsec. Now in its 11th year, Globsec has established itself as the leading political and security conference for Central and Eastern Europe.

The various panels and discussions have been interesting, but one gets the distinct impression walking around that the most important part of Globsec is not what people say on the panels. If that was all there was to it, we could have stayed in Austin and watched the live-stream of the various meetings from the comfort of our own homes. But besides that, people rarely say what they really mean – statements are political tools to manage perception. When politicians say what they really mean it is usually because they have nothing more at stake in that particular issue.

Globsec is really about meeting people. It is about the off-the-record conversations with people who are shaping the world through their decisions and actions. It is about forging relationships that, even in our globalized age of instant communication, would not exist without the ability to look the other person in the eye and discover that you share an interest. There is a sort of logic to a conference of this sort being held in Bratislava – a small, relatively unimportant (when compared to the larger and wealthier nearby cities of Vienna and Budapest) European capital and Cold War border city between the communist Eastern Bloc and the West. Bratislava is a crossroads, where many interests meet and then go in separate directions.

It is remarkable how many important people were simply walking around Globsec’s venue at the Grand Hotel River Park, located on the northern bank of the Danube River. On Saturday morning, my day began by listening to the deputy prime minister of Jordan describe how 21 percent of his country’s population is now made up of Syrian refugees (a startling fact that deserves a moment of parenthetical pause). Over lunch, I had an opportunity to watch George, trade arguments and stories with one of his old teachers and mentors from his days at Cornell University, an Israeli professor of political science who can speak about Hegel in one breath and tank maneuvers in the next. After a brief respite, I was shooed away from the elevator that opened up on the 10th floor to take me downstairs, and as the doors closed I realized it was because there was not enough room for me and for former U.S. Secretary of State Madeleine Albright and her various bodyguards.

From there, many of us boarded buses for the Globsec Gala Dinner. Upon arrival at the Reduta Building, home of the Slovak Philharmonic, we were greeted by a small crowd of protesters. I am not sure what they were protesting – someone on my left said it was an anti-NATO protest. I saw one sign that said “US ARMY KILLERS.” Having just spent two full days with various politicians, journalists and policy wonks, I can attest that each was driven with an earnestness to do good. But the juxtaposition of our large group – dressed in dark suits and fancy dresses, on our way to enjoy a gourmet three-course meal, to engage in more than a little self-congratulatory pomp and circumstance – and the frustration of the protesters shouting at us in Slovak, was a reminder that politics do not just happen in fancy rooms with important people. Governments rule people – and throughout the world we see a growing divide between politicians and the people they govern.

I say this because at dinner I was seated next to a Polish journalist and a Danish assistant. My conversation with these two peers was like many of the conversations I have with people my age back in the U.S. We talked about China for a while, and I explained to them why we believe Japan, not China, is East Asia’s natural great power. We commiserated about mundane topics like how much each of us has to pay in taxes each year to our respective governments. Of course Donald Trump came up, but so did Danish disillusion with the EU and Polish insecurity about the criticism the government has received since the Law and Justice Party ostensibly began an attempt to limit the Polish media and undermine Poland’s Constitutional Tribunal. They even laughed when I made a joke about “The Hunger Games” as dinner was about to begin. Despite our different backgrounds, there was a mutual intelligibility in the ways we see the world. Our hopes and fears are not so different.

Despite the wide swath of subjects tackled at the conference, it became clear by the end that the pivotal issue was NATO (which made me think twice about whether Trump deserves the criticism he is getting for calling NATO obsolete – it was certainly on everyone’s mind here). But in truth, that was less interesting to me than the people I met at Globsec – the seasoned politicians and journalists there to rub shoulders with others of their ilk. But more relevant to my view were the assistants and apprentices of these officials, as I am an assistant and apprentice to George. A NATO summit is coming up in July. I doubt that 30 years from now anyone will remember what is said at that summit. But I know that 30 years from now, it will be people like me and my Polish and Danish friends who will inherit the legacies of the various crises that are raging across the Eurasian continent today, and not the various political celebrities who made the rounds at Globsec this year or who will make the rounds at the NATO summit in Warsaw.

Before I came to Bratislava, I spent a night in Vienna with my cousins who live there – the last European remnants of a once large and sprawling European family. If it had not been for World War II, I would likely not be working at Geopolitical Futures; I’d be working in the family liquor business that was liquidated after the Anschluss. During my day in Vienna, I went with one of my cousins to the Albertina Museum to view an exhibition of Russian avant garde artists, and I was struck by one painting in particular – a famous example of Russian Futurism called “The Cyclist” painted by Natalia Goncharova in 1913. The painting depicts a man on a bicycle who appears to be hurtling forward, his legs churning and propelling him against a static backdrop. It almost suggests that, as he leans over the handle bars to exert even more force, he catches a brief glimpse of what the future looks like.

After participating in Globsec and helping George do his work here, and as we pack up and prepare to head to Romania in the morning, I feel like the man Goncharova painted on that bike, constantly in motion, using our geopolitical model to explain the true nature of the world’s current problems and pushing forward to peer into our future. And while I believe that this perspective is invaluable to anyone with a curiosity and need to better understand the world around them, I can think of no generation that more desperately needs that perspective than my own.

Daily Memo: US Deploys to the Arctic, German Trade Plummets 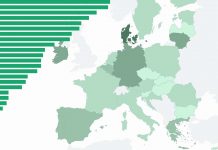