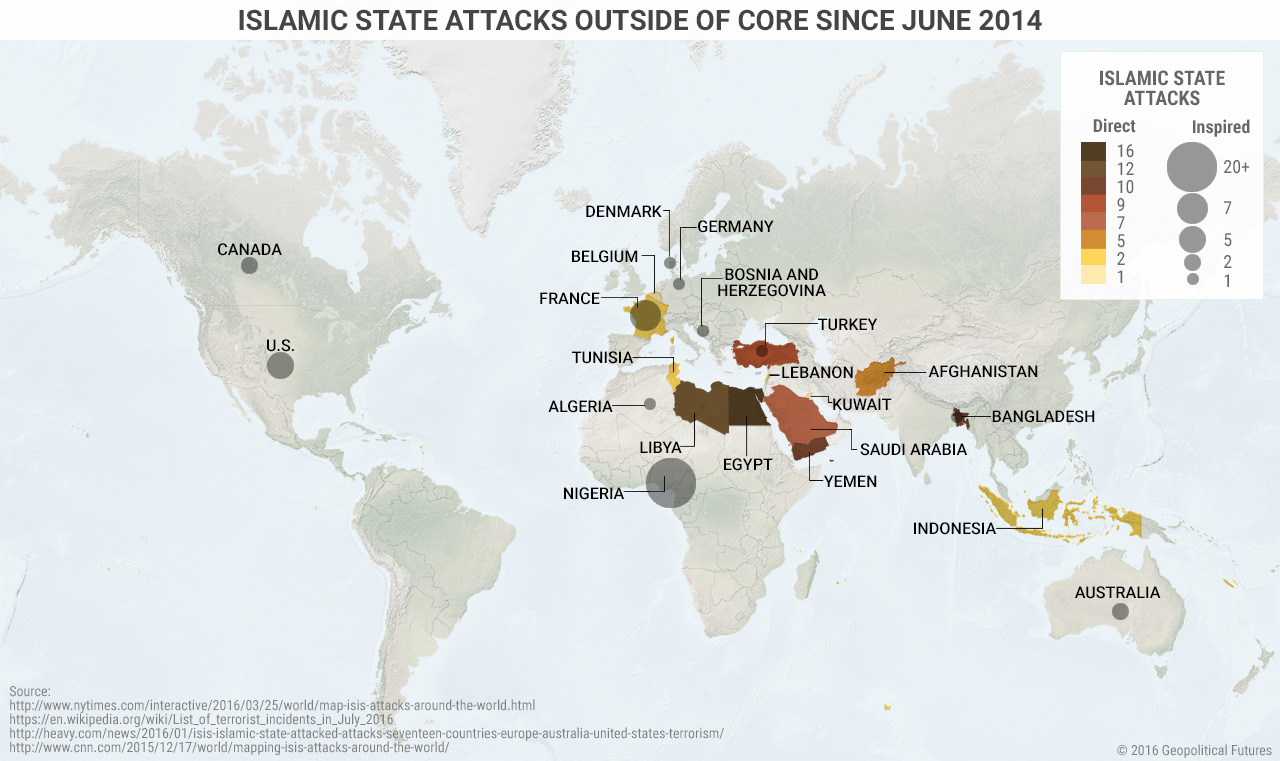 The Islamic State’s center of gravity is the small state it has carved out in what used to be Syria and Iraq. If you are a regular reader of Geopolitical Futures, you know that we have a very sober view of just how strong IS is in its core territory, and we expect that it will be much more difficult to take it away than the U.S. and its allies indicate.

The deeper point, however, is that even if the necessary political will and military resources are put into destroying what IS has built in Raqqa (the U.S. announced this week that it is adding another small infusion of troops into Iraq), it will not solve the problem. The most potent thing about the Islamic State is that it is not just a physical entity, but an idea, one that has spread far beyond the confines of the Syrian and Iraqi deserts. You cannot carpet bomb an idea.

We are not policy advocates, and we don’t claim to know the solution. We are in the business of telling the world how things are. And that’s what this map does. It gives you a sense of the scope of the fight IS is bringing to the world.

The Market Oracle – Trump’s Indecision about North Korea May Cost...