The attacks in Belgium and Turkey must be considered together. They are attacks in the symbolic heartlands of two potential enemies of the Islamic State, Europe and Turkey. The attacks are meant to destabilize each country and recruit potential operatives from each country’s pool of possible jihadists.

There have been two attacks this week, both apparently by the Islamic State, first in Turkey on March 19 and then today in Belgium. The close sequence of the two attacks might simply be a coincidence, but IS tends to be more strategic than other terrorist groups and has the ability to coordinate attacks. Therefore, why would they choose Belgium and Turkey for their attacks? 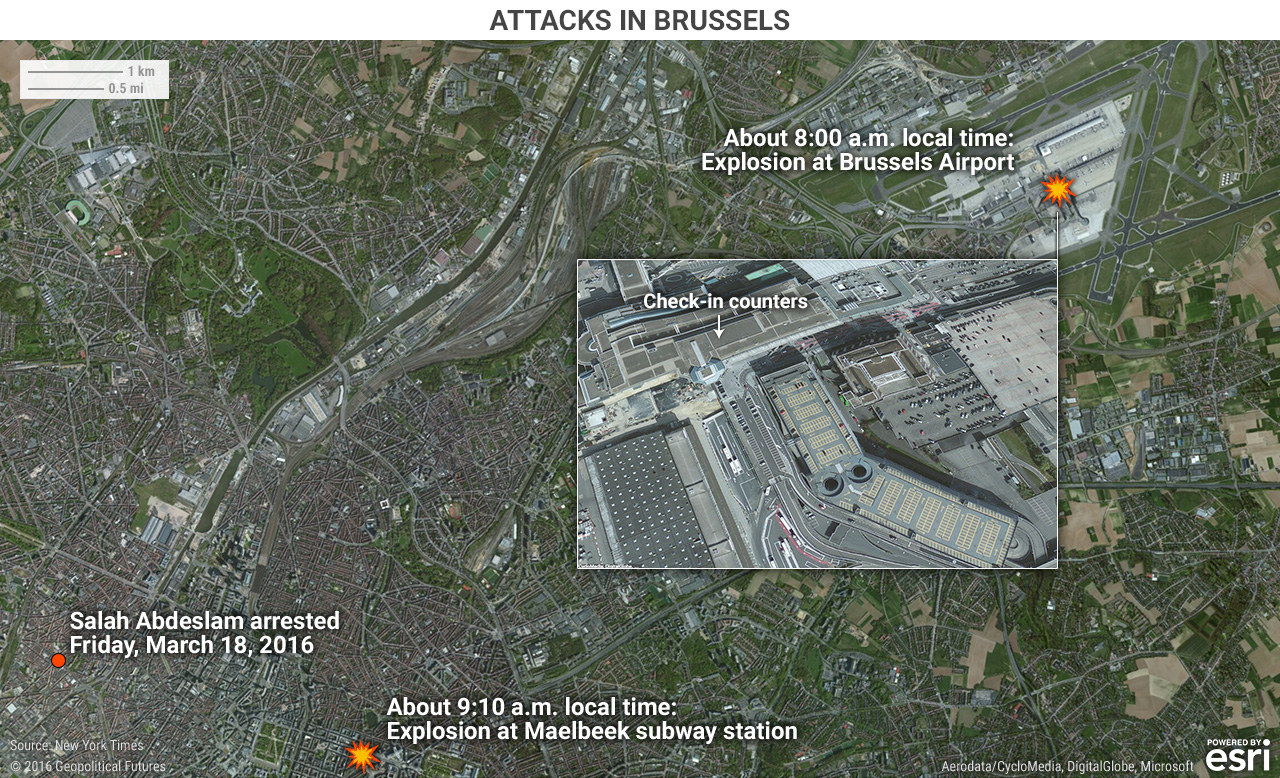 One answer is that they have operatives in both countries. Turkey is a Muslim country, and IS is able to recruit Turks and move other operatives into Turkey if needed. Belgium has a substantial Muslim population, which IS can target for recruiting and inserting operatives. But of course, that is true of many countries.

It is interesting that these attacks were against countries IS considers strategically significant. Turkey’s significance is obvious. It is a major power in the Middle East. It also had relatively benign relations with IS that have broken down. In striking Turkey, IS demonstrates to its followers that it is able to strike at an enemy. And it also, IS hopes, emboldens potential jihadists inside of Turkey to strike, politically and militarily crippling Turkey’s ability to strike IS in Syria and Iraq. IS is trying to shape Turkey’s behavior. And Turkey is an enormous presence in the region, as well as a symbol of non-Arab views of IS.

Belgium is not only one of the countries of Europe’s core, as is France, but it is also in some sense the capital of Europe. Brussels is the headquarters of the European Union’s secretariat. It is also near the headquarters of NATO. By striking Brussels, IS was striking at Europe’s core. IS has come to see Europe as an enemy, not only because it sees it as Christian, but also because it sees it as hostile.

And this is where we get to the heart of the matter strategically. Turkey and Europe collectively form a potential core for resistance to IS. The only possibility IS has of deterring this action or of crippling their ability to act is to conduct terror operations against them. If the operations are successful they will do two things. First, they will create a faction in each nation opposed to hostilities with IS because of the consequences. Second, they will utilize the significant population that could be recruited to join IS. Even failing that immediately, the inevitable scrutiny and repression of this population could recruit operatives.

IS is under significant pressure from conventional forces, and its boundaries appear to be contracting in Syria and Iraq. It needs to destabilize potential enemies and combine that with symbolism. Attacking tourists near Taksim Square in the heart of Istanbul is one strategy. Attacking Europe’s capital is another. As it comes under pressure in Syria and Iraq, it must consider shifting from a conventional to an insurgency role. An ideal mix is to maintain more conventional operations while intensifying terrorist acts outside of Syria and Iraq.

IS has few options in this regard, but attacking Istanbul and Belgium strikes at the heart of two potential threats, using resources that were in the country and generating responses that might strengthen their position.