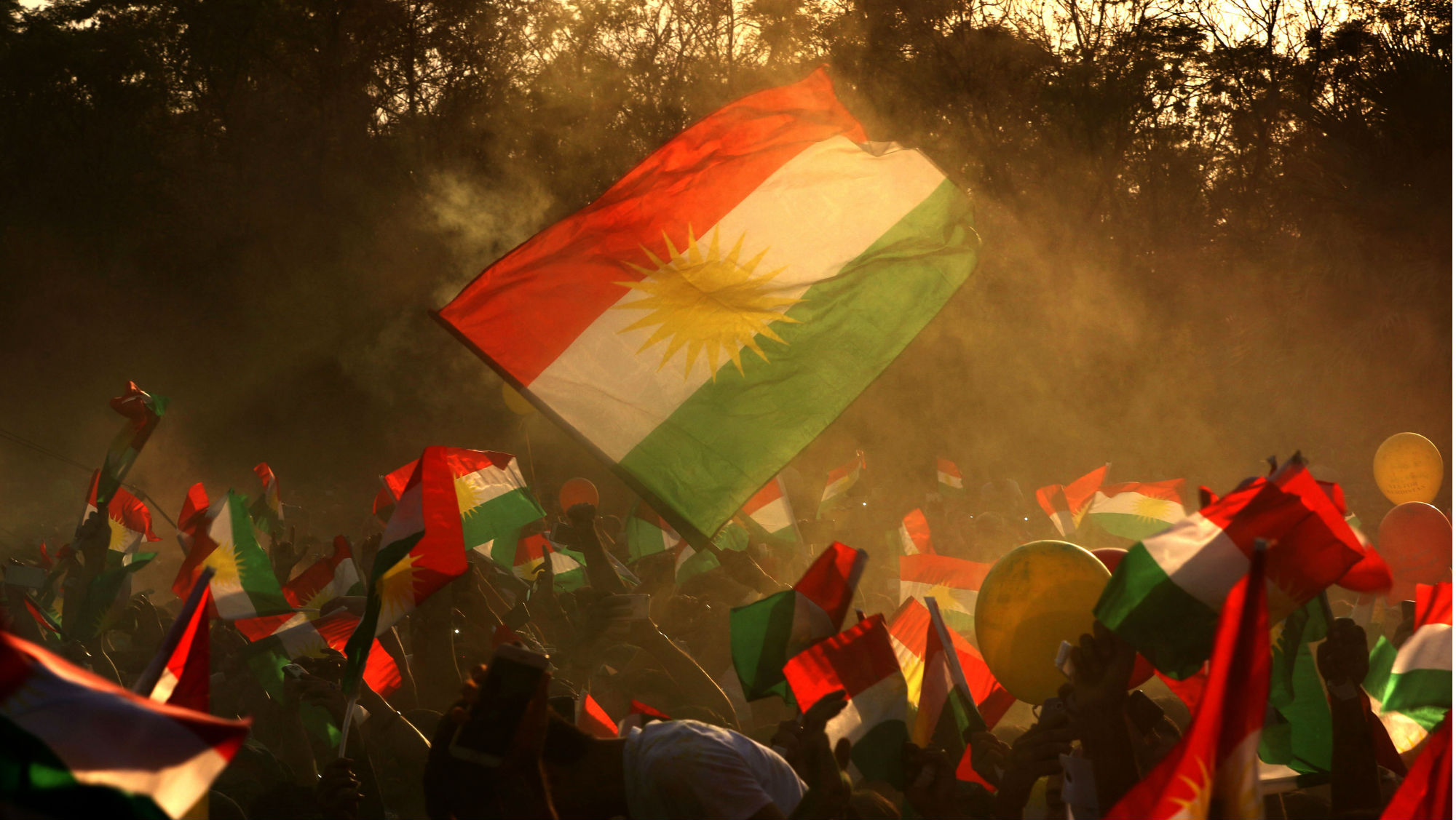 Efforts to create a new state are always contentious and frequently violent. The Iraqi Kurds’ move toward independence, however, is even more contentious and complex than usual. The unfolding crisis affects many countries besides Iraq, including the United States, Russia, Turkey and Iran. But there’s one country that is in prime position to not just be affected by the crisis, but to shape its outcome: Turkey.

As long as it doesn’t give in to mounting pressure to cancel, the autonomous Kurdistan Regional Government in northern Iraq is expected to hold an independence referendum on Sept. 25. In the likely event that the “yes” vote prevails, the KRG leadership would use the result as the foundation for a negotiated exit from the Iraqi state. It will be an uphill battle from there. The Shiite-led central government in Baghdad has no reason to negotiate away its territory.

To make matters worse, the Kurds want to take with them disputed territories that are well south of the three provinces (Dahuk, Irbil and Sulaimaniyah) that formally constitute the KRG. These include significant parts of Ninevah, Salahuddin, Kirkuk and Diyala – areas that are energy-rich and heavily Kurdish, but also areas that Baghdad is unlikely to give up without a fight. And it won’t be alone: The government will have the full backing of its patron, Iran. Furthermore, the Sunnis – who are either a majority or a significant minority in the provinces in question – will be major participants in whatever comes next. The Islamic State, in particular, will look to exploit the situation to change its fortunes.

With so many actors aligned against them, the Kurds will need help from a major player. Turkey may be just the partner that they’re looking for. All things being equal, Turkey should be vehemently opposed to the emergence of an independent Kurdish state across the border from its own restive Kurdish area. The political statements coming out of Turkey certainly give the impression that the government in Ankara will not tolerate the Iraqi Kurds making a run at full sovereignty. Reality is not so simple, however. 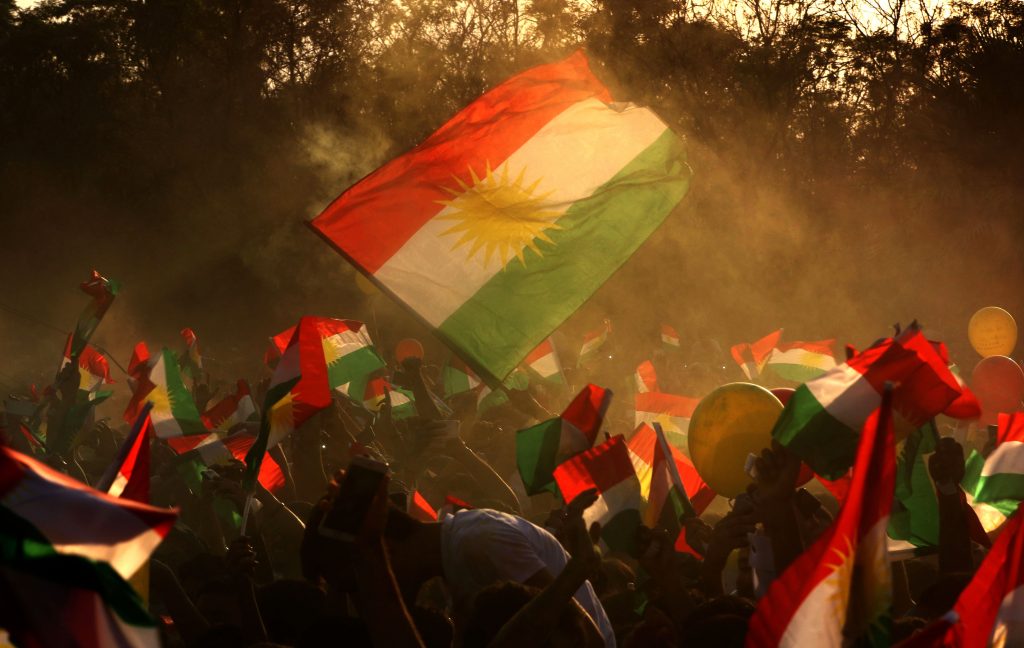 Iraqi Kurds fly Kurdish flags Sept. 15 during an event to urge people to vote in the upcoming independence referendum in Irbil, the capital of the autonomous Kurdish region of northern Iraq. SAFIN HAMED/AFP/Getty Images

The Turks are certainly not thrilled with the prospect of the KRG becoming the Republic of Kurdistan – definitely not at a time when the Kurds in Syria are galloping toward their own de facto Kurdistan. The Kurdish community is far from monolithic and suffers from deep divisions in all four countries where they make up a sizable share of the population. The Iraqi Kurds don’t deal much with the Kurds in Turkey, but Syria’s Kurdish separatists are closely allied with Turkey’s Kurdish rebels, the Kurdistan Workers’ Party, or PKK. No country has a larger concentration of Kurds than Turkey, so this is a major concern for the Turks. Fortunately for Ankara, however, it has options.

For the better part of the past decade, Turkey has been forging deeper relations with the KRG to the point that the KRG has almost become a client statelet. It has taken full advantage of the fact that the KRG is landlocked and surrounded by hostile forces. Though the Shiites who dominate the Iraqi central government agreed to give the Kurds regional autonomy, they have always sought to severely limit its scope. The key to doing so was to constrain Irbil’s ability to export the ample supply of hydrocarbons in the KRG.

The only export routes ran south through most of Iraq to the Persian Gulf – routes controlled by the Shiites. Until 2014, the KRG relied heavily on exports by road, which limited their output to roughly 60,000 barrels of oil per day. The breakthrough came when the KRG constructed a pipeline that connected to Turkey’s pipeline network and export terminals at the port of Ceyhan. This pipeline provided the KRG with an escape route from its dependence on Baghdad.

In the process, however, the KRG has come to depend on Turkey. Most of the 600,000 bpd that the KRG exports today run through Turkish territory. As much as 90 percent of the KRG’s operating budget comes from oil proceeds. Over the years, Turkish companies have begun to dominate the various sectors of the KRG’s economy, and Turkish goods dominate its markets. In this way, Turkey has become more than a close partner for the Iraqi Kurds; it’s become a necessary partner.

For Turkey, this relationship could be helpful on many fronts. First, imports from the KRG help Turkey to diversify its sources of energy. Second, the KRG has helped Turkey contain the PKK insurgency. It provides Turkey with intelligence on PKK hideouts and doesn’t make a big deal of Turkish military operations in northern Iraq. Finally, the relationship prevents Turkey’s historical rival, Iran, from enjoying a near-monopoly over influence in Iraq.

It’s a useful arrangement, but it’s being tested by the Iraqi Kurdish move to secede from Iraq. Turkey’s entire southern flank is chaotic, and Ankara is already busy in Syria dealing with the Syrian Kurds, the Assad regime, the Islamic State and other jihadists, Iran and Russia. Publicly, Turkey has warned the KRG that it will shut down oil exports if Irbil does not cancel the referendum. In truth, Turkey would likely be able to live with an independent Kurdistan because the new state would be so reliant on Turkey for its well-being. It’s not independence itself that complicates things for Turkey – it’s the timing.

The Turks aren’t about to throw away their entire investment of so many years by assuming an uncompromising attitude toward the Iraqi Kurds. At the same time, the KRG isn’t going to alienate the one state on which the entire political economy of its envisioned state relies. But the Kurdish leadership in Iraq has already mobilized the masses, and it can’t back down now from at least holding the referendum – if not following through on independence, should the “yes” vote prevail. It would thus not be a surprise to see Irbil and Ankara eventually reach an understanding whereby Turkey has a major seat at the table where the future of Kurdistan is being shaped gradually.

Though this is a risky move that could embolden the Syrian and Turkish Kurds to emulate their Iraqi counterparts, if an independent Kurdistan arises from the shattered state that is Iraq, it wouldn’t mean the sky is falling for Turkey. The Turks will have to carefully navigate the aftermath, but the relationship they have cultivated with the KRG gives them a lot of leverage to manage the Kurds on a regional level. The Turks can live with a Kurdistan that is beholden to them, and in fact, it will provide them with a way to manage the Syrian Kurds and to roll back Iran’s growing influence in the region. What the Turks say publicly, however, is a different story.

Daily Memo: US Activity in the Asia-Pacific

Daily Memo: US Visit to Taiwan, Chinese Interest in CPTPP