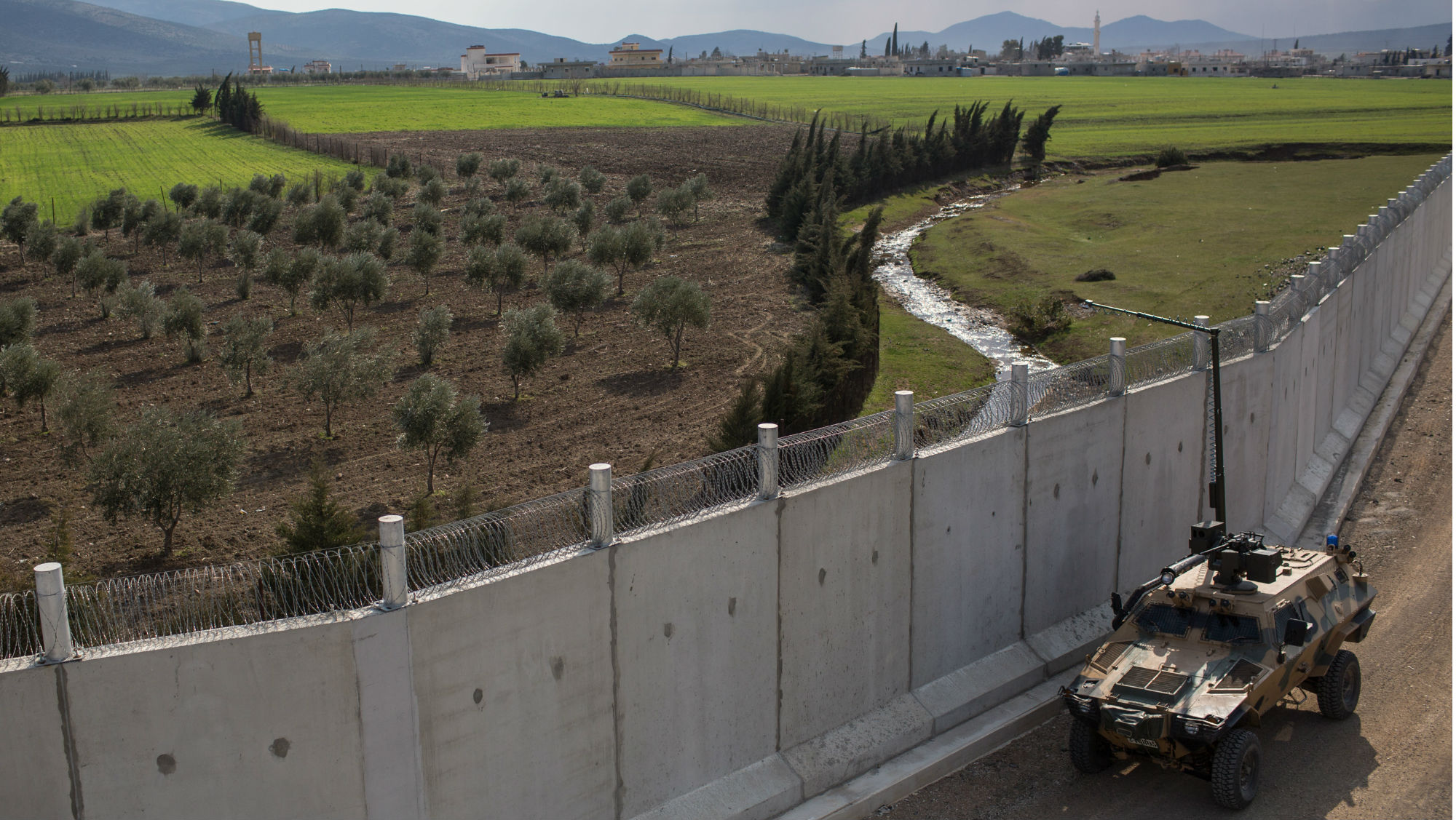 Turkey has resisted getting pulled into Syria since the Syrian civil war began, preferring instead to work diplomatic angles or prop up proxies on the ground. But some unseen force keeps pulling Turkey ­into Syria, just as it did for centuries before Turkey existed, even back to the times of the Byzantines and Ottomans. It appears that the Turks can no longer resist, and that their security demands a more hands-on approach.

Turkish forces began massing on the southwestern border with Syria last week. As many as 80 military vehicles, including an unknown number of tanks and medical aid trucks, were dispatched to a part of Hatay province that’s approximately 30 miles (50 kilometers) from the border. Another convoy of an unspecified number of military vehicles was reportedly sent to another area of Hatay, just 2 miles from Syria’s border, and a third collection of 20 army vehicles was seen close to the border near Bab al-Hawa in Syria, about 7 miles from Reyhanli. 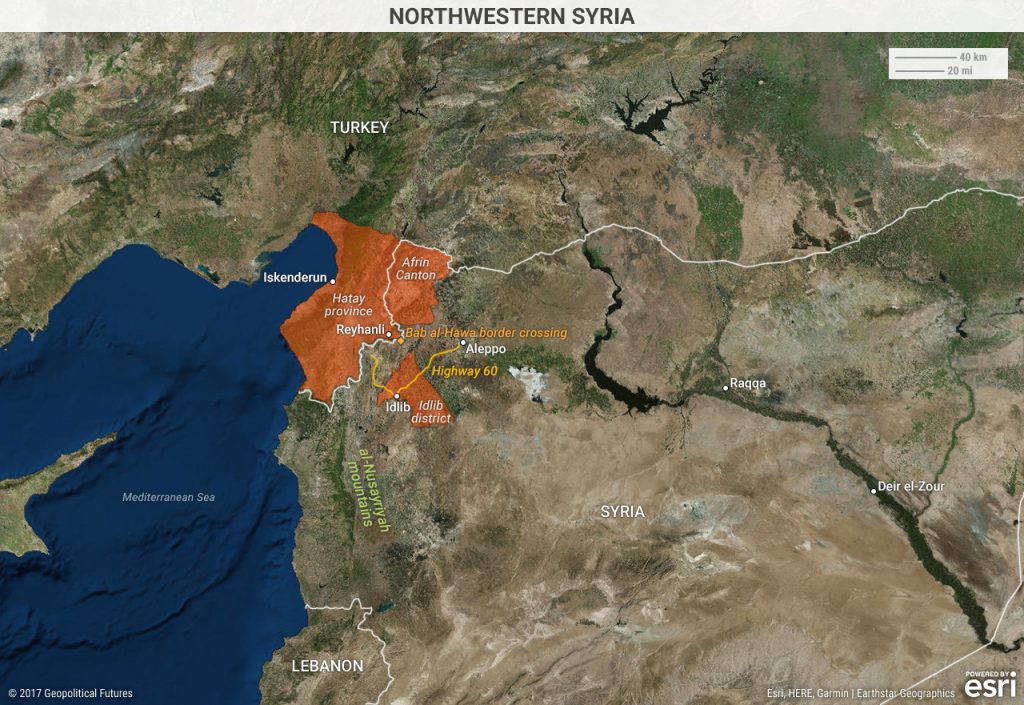 By themselves, these movements might seem innocuous – it is, after all, normal for Turkey to move soldiers and materiel around its borders depending on where it believes threats could arise. But context is everything, and the context of these deployments is not routine. On Sept. 15, Turkey, Iran and Russia agreed in Astana to set up a safe zone in Syria’s Idlib province, just west of Aleppo. They reportedly agreed to divide the province into three zones, each controlled by a different country. That same day, a pro-government Turkish newspaper reported that 25,000 Turkish soldiers were preparing for deployment into Idlib province, with the goal of taking control of a roughly 2,000-square-mile (5,000-square-kilometer) area with over 2 million inhabitants.

Until now, Turkey has chosen to stay out of the fray in Syria as much as it can. The main exception was Operation Euphrates Shield from August 2016 to March 2017. The scope of that incursion, however, has been exaggerated by both Turkey and the mainstream media. Euphrates Shield was a limited, seven-month operation involving about 8,000 Turkish soldiers. Their main goal was to support the activities of the Free Syrian Army as it pushed Islamic State fighters back from the Turkish border. (Nominally, the objective was to weaken the Kurdish People’s Protection Units, or YPG, but the operation didn’t take any territory from the YPG.) The FSA bore the brunt of the casualties.

The situation in northwest Syria is more convoluted. Syrian Kurds control Afrin canton, much to Turkey’s chagrin. Hayat Tahrir al-Sham (formerly al-Qaida or al-Nusra Front) holds the city of Idlib, which it recently took from the Turkish-backed proxy Ahrar al-Sham, as well as territory on the Turkish border. Anti-Assad rebel forces fell back to Idlib’s towns and countrysides after losing the battle for Aleppo. And the Bashar Assad regime has not given up its ambitions to reconquer the territory. 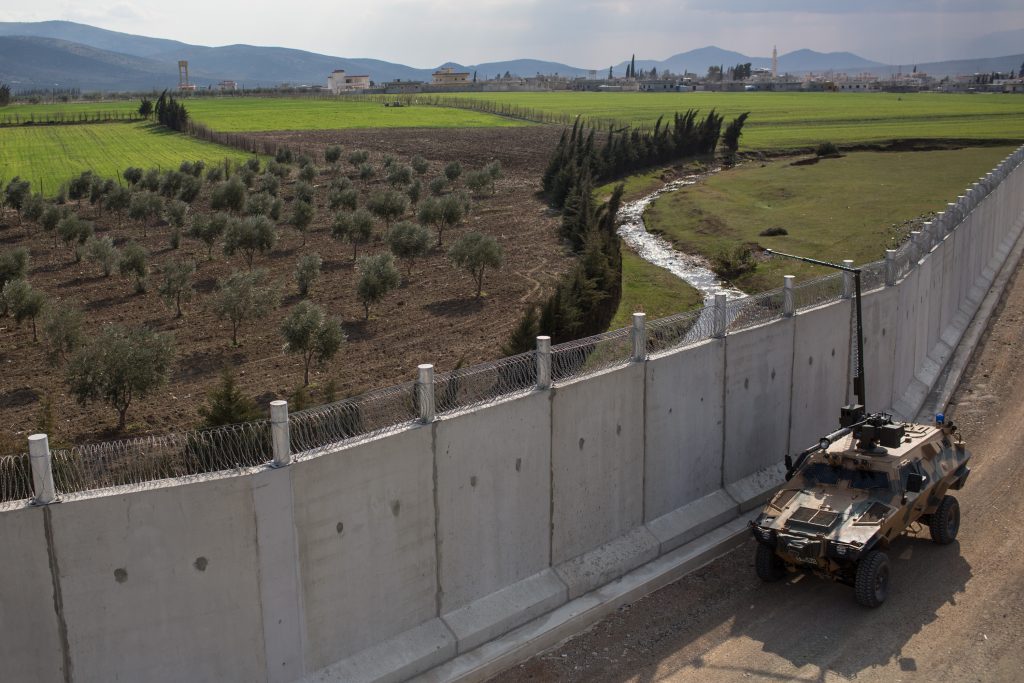 Turkish soldiers from the 1st Border Regiment Command patrol along the border wall during alert drills at a military outpost on the Turkey-Syria border on March 2, 2017, in Kilis, Turkey. CHRIS MCGRATH/Getty Images

The presence of so many different groups means there are almost as many outside powers with an interest in what happens in northwest Syria. Turkey backs anti-Assad rebels, who are holed up in Idlib province, but its supply lines to them are tenuous at best. Both Russia and Iran back the Assad regime, and though Turkey has come to an understanding with both on this matter, over the long term the interests of these three countries in Syria diverge considerably. Turkey isn’t interested in seeing a pro-Russia or pro-Iran force pacifying the area and potentially threatening southern Turkey. The Syrian Kurds pose obvious problems for Turkey, and Hayat Tahrir al-Sham ­– though it has deliberately slipped under the radar while the world focuses on IS – has long-term designs of its own in the Muslim world that are not in line with Turkey’s.

This is an unstable situation that is trending toward a power vacuum. If Turkey doesn’t fill the void, someone else will, and none of the potential options are good for Turkey.

This isn’t just a modern problem: Previous Bosporus-based powers have faced the same threat from the south. The Ottomans, and the Byzantines before them, at various points in their history extended their writ into parts of present-day Syria. The Ottoman Empire, in fact, tried to preserve some of what is present-day Syria for its successor state. One of the last acts of the Ottoman parliament in 1920 was to pass the National Pact, which was supposed to set Turkey’s future borders. The Ottomans did not get what they wanted – the new Turkish Republic was left smaller than the Ottomans had planned, and one of the key areas where the Turkish Republic lost territory was in northwestern Syria. It is no coincidence that various Turkish media and even President Recep Tayyip Erdogan himself have referenced the “National Pact” in recent years. The map below shows what the National Pact’s “Greater Turkey” might have looked like superimposed on the region’s present-day borders. 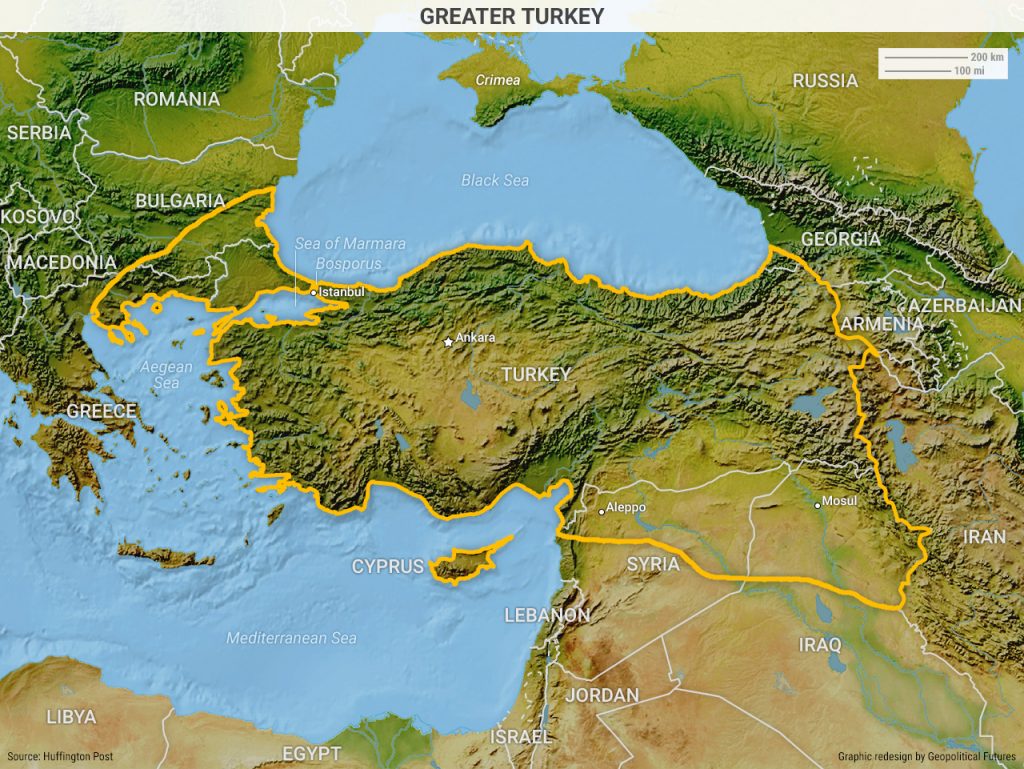 One of the things to notice on this map is the geographic advantage that control of northwestern Syria would give to Turkey. Under the new agreement with Russia and Iran, the zone that Turkey has been approved to enter includes mountainous territory that would allow Turkey to control the high ground against any would-be enemy seeking to cross the border. Idlib, meanwhile, is important because it is located near a small pass between the al-Nusayriyah mountains, core Alawite and Assad regime territory, and the flatter plains dominated by Sunni Arabs. If Turkey controlled Idlib, it could control this pass, as well as significant chunks of Highway 60, which it could use to reinforce its proxies nearby. Controlling the side of this valley pass on the Syria side would make it easier to defend the southern approach to Turkey’s coastal sliver that abuts Syria’s western border. It also would put Turkey in a much better position to project power in the fights to come over Syria’s future.

Turkey has had an interest in controlling this territory since it was taken away from the Ottomans in 1923 – what it lacked was the capability and the opportunity to change the situation. It now has both. This was inevitable once it became clear in 2011 that the Syrian Arab Republic was coming apart at the seams. The fighting has gone on for some time now, and the various parties involved have so weakened each other that it has presented Turkey with opportunity and risk: the opportunity to project influence into its old stomping grounds, and into territory that Turkey can use as a buffer zone against would-be enemies from the south and east, but the risk that if Turkey does not rise to the occasion, then just such an enemy will emerge and will seek to threaten Turkey’s current borders.

Proxies won’t do here. Turkey’s long-term security is at stake, and Turkey possesses capabilities sufficient to the task at hand. So despite the desires of the government in Ankara, Turkey is being drawn into Syria. It is not the first time and it will not be the last time. It is a reminder of Turkey’s strength: how its geography lends itself naturally to a position of regional leadership and assertiveness. It is also a reminder of Turkey’s weakness: how Turkey does not really have a choice in the matter. Northwestern Syria is up for grabs, and Turkey has a seat at the table not because it wants it but because walking away isn’t an option.

Europe’s Era of Harmony Is Over