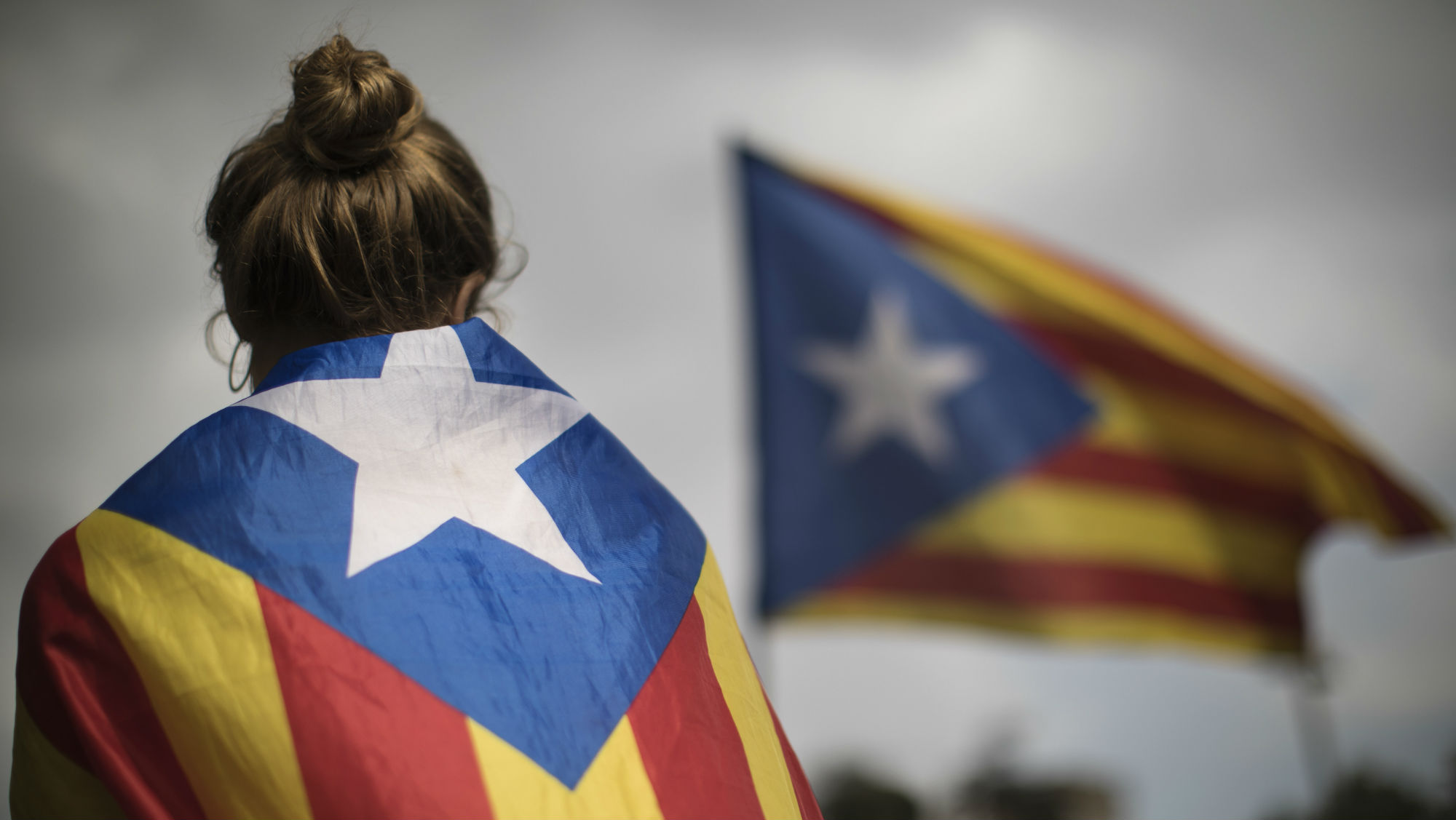 The autonomous Spanish community of Catalonia plans to hold an independence referendum on Oct. 1. The Spanish government intends to prevent that referendum from taking place ­– by any means necessary. Ironically, Spain’s crackdown, while predictable, exacerbates the very threat Spain is trying to subdue. Whether or not Madrid’s heavy-handed approach prevents a declaration of independence, in the long term it will only push more Catalans toward the conclusion that their future lies not with Spain but with themselves. Spain, the European Union’s fourth-largest economy, sits on the verge of a major political crisis that it has no way of solving.

This standoff is only the latest expression of an issue between Madrid and Barcelona that is almost a millennium old: the Catalan people’s desire to rule themselves. Present-day Catalonia has a culture, language and history that is unique and all its own. It has preserved this identity despite losing multiple wars for self-rule, and despite periods of intense suppression. Catalonia’s desire for independence played a major role in the 1936-39 Spanish Civil War, another conflict in which Catalonia ended up on the losing side. Francisco Franco’s rule and repression of Catalonia after the war did nothing to dim Catalonia’s identity, or for that matter any of the identities of the various nations that today make up the Kingdom of Spain.

Franco died in 1975, ending 36 years of military dictatorship. Three years later, Spain adopted its current constitution by a popular referendum in which over 91 percent of voters cast their ballots for ratification. But that constitution did nothing to solve Spain’s fundamental problem: Though it claims to be a unified nation, Spain is made up of several different nations, of which Catalonia is just one. Section 2 of the Spanish Constitution’s Preliminary Title says, “The Constitution is based on the indissoluble unity of the Spanish Nation, the common and indivisible homeland of all Spaniards; it recognizes and guarantees the right to self-government of the nationalities and regions of which it is composed and the solidarity among them all.” 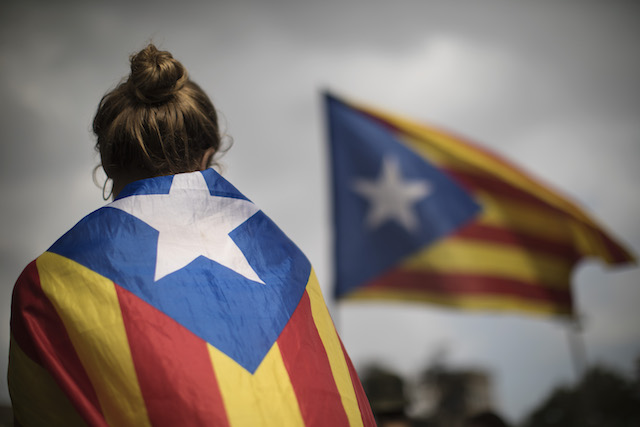 Students gather as they demonstrate against the position of the Spanish government to ban the self-determination referendum of Catalonia during a university students strike on Sept. 28, 2017, in Barcelona, Spain. DAN KITWOOD/Getty Images

This is, of course, a contradiction. First it says Spain is one unified nation. Then it says it’s the responsibility of that one unified nation to preserve the right to self-government of the various nations that comprise it. Nations are not composed of other nations. The concept of the nation is that a group of people share a history, language or principles in common, and that these unique attributes make them different from all other groups of people. The great political organizing principle of our time is that unique groups of people should govern themselves. Spain is, in effect, trying to take a group of nations and create one nation out of them.

With that in mind, Catalonia’s referendum is an existential threat to Spain as we know it. Consider that today, Spain is divided into 19 autonomous regions. Catalonia is one of the most autonomous – it is one of the few regions to have its own police force, for example. If Catalonia were to leave Spain, not only would roughly 20 percent of Spain’s gross domestic product disappear overnight, but it would also raise the possibility that other autonomous regions might be interested in national self-determination too. 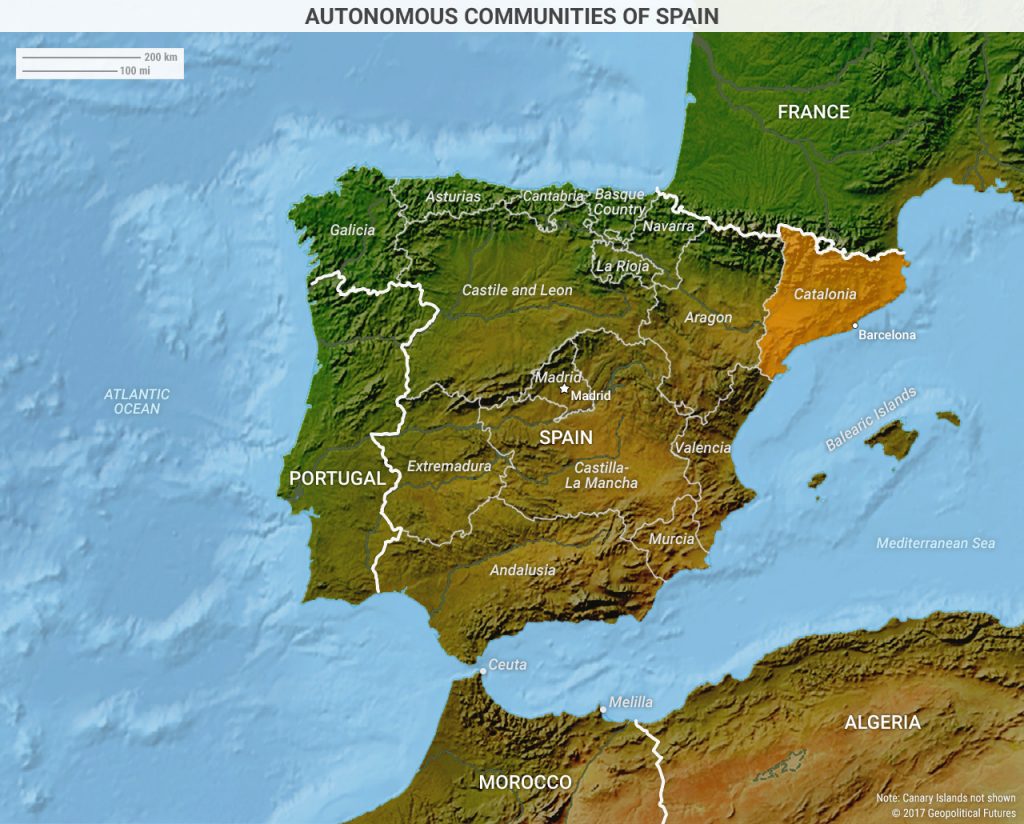 It is little wonder, then, that the Spanish government, unable to halt the referendum through political means, has in recent weeks responded with force. It has arrested Catalan politicians, put Catalonia’s 17,000-strong Mossos d’Esquadra police force under the control of the Spanish Interior Ministry, dispatched additional Spanish police to Catalonia, and carried out police raids to seize ballots and other referendum materials. Spain’s president declared that his forces would do “all that is necessary” to prevent the vote from taking place.

It’s a lose-lose situation. Letting the referendum proceed could spell the slow and painful dissolution of Spain as we know it, but cracking down only strengthens the argument for Catalan independence. In fact, though the polls have indicated that the referendum is a toss-up, they’ve been unambiguous about one thing: Many Catalans who are against independence also believe that the choice is ultimately theirs, not Madrid’s, to make.

At a certain point, the referendum will stop being just an internal Spanish issue and will become a European one. Indeed, prominent voices within Spain have already sought Brussels’ help. In a Sept. 28 op-ed for The Guardian, Barcelona Mayor Ada Colau wrote that although she personally opposed independence, the Spanish government had gone too far. She therefore appealed to the European Commission to intervene and mediate between the Spanish and Catalan governments so that the two sides could come to a “negotiated and democratic solution.” Catalonia is not the only would-be new nation-state in Europe, and from Scotland to Kosovo, eyes are trained on Brussels, awaiting its response. When it looked like Scotland might try to leave the United Kingdom after Brexit, the EU ignored the issue. It will be much harder for Brussels to look the other way if Catalonia votes for independence or if Spain cracks down even harder than it already has in the lead-up or aftermath of the referendum.

A spokesman for the Catalan government on Sept. 25 described the Spanish government’s most recent attempts to block the referendum as being no different from the ways in which authoritarian regimes in China and North Korea govern their respective countries. That is an exaggeration – Catalan ministers aren’t being executed by anti-aircraft batteries or facing a Great Proletarian Cultural Revolution. But the Spanish government is undeniably using force to prevent the referendum, and whether Oct. 1 or sometime later, there is probably more violence to come. That is because from Madrid’s perspective, the nobility and legitimacy of the Spanish nation is under attack from hulking giants. The trouble for Madrid is that it is not under attack from giants. It is tilting at Catalans. And it isn’t a fight Madrid can win.

The Market Oracle – Why the Saudis Failed to Cripple Qatar