Sign in
Subscribe
Sign in
Welcome! Log into your account
Forgot your password? Get help
Create an account
Privacy Policy
Create an account
Welcome! Register for an account
A password will be e-mailed to you.
Privacy Policy
Password recovery
Recover your password
A password will be e-mailed to you.
Home Analysis Command of the Sea
Command of the sea is the foundation of American national security. Adm. Alfred Thayer Mahan, the greatest strategist in American history, identified it as the core American interest (though he wrote before the war on terrorism began and before the development of nuclear weapons). The United States, he argued, can be threatened only by an enemy naval force that could both invade its territory and curb its access to the oceans. Therefore, the foundation of America’s national security, as with Britain’s, had to be the command of the sea. Indispensable Sea Lanes Command of the sea guarantees security and trade. Ancient Rome certainly understood as much, focused as they were on controlling Mare Nostrum (or Our Sea, referring to the Mediterranean), which forced North African threats like Carthage to attack Rome on its flanks and ensured access to Egyptian crops. The land routes around the Mediterranean were powerful but slow. The naval routes were rapid but lighter, and commercially, they were indispensable. China and Iran are now trying to secure their sea lanes, or at least deny others access to them. For China, now a massive trading power, access to the world’s seas is an economic necessity. Its fear is […]

The Queen Elizabeth and the Prince of Wales 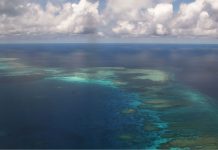