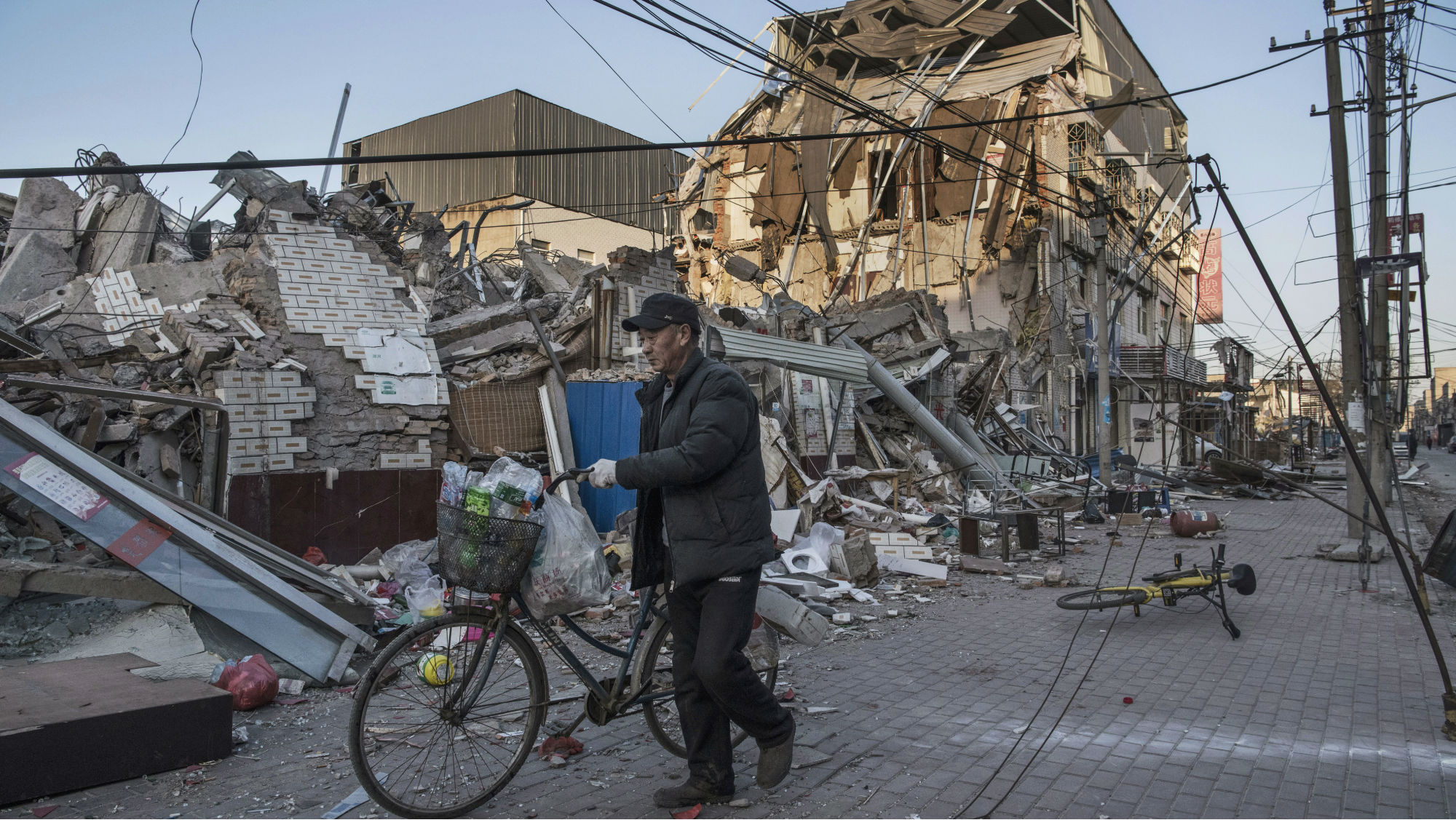 Change can be hard, even when it’s necessary. In China, where the government has embarked on a series of reforms to tackle some of the country’s most pressing problems, Beijing is now learning this lesson. The reforms are affecting all strata of society, from economic elites to poor migrant workers, and President Xi Jinping is now facing resistance. Announcing reforms is easy; implementation is the hard part.

In the past week, we have seen signs that Xi’s reforms are encountering more pushback than he would have hoped in three areas. The first is in the financial sector. On Nov. 17, the People’s Bank of China issued a draft version of new banking regulations that, among other things, called for an end to “implicit guarantees” on wealth management products by June 2019. WMPs are investment vehicles that, unlike bank deposits, are not protected by an explicit government guarantee. Since they offer higher returns by investing in riskier assets – frequently real estate – they have become far more attractive investments than low interest rate savings accounts. But many Chinese investors have come to believe that the government would not let these financial products fail and would bail out the sector should it run into problems.

The new regulations were meant to quash these beliefs and put a brake on the soaring real estate market, which has been flush with credit. The government hopes that removing implicit guarantees will redirect capital toward productive enterprises and force investors to bear the risk of their investments. The new rule states that investment yields must be based on the performance of an underlying asset rather than offer a fixed, predetermined return.

But, according to Reuters, 10 Chinese banks held a closed-door meeting in which they expressed concerns that this new rule could trigger a liquidity shock. Bank executives claim that the regulations would force banks to sell their assets at a discount and ask clients to repay their loans ahead of time.

This, they say, would scare investors into quickly pulling their money out of WMPs before they lose their investment. The risk to investors is obvious, but it could also have systemic consequences if a large amount of deposits and deposit-like investment capital suddenly leaves the system. Further, since WMPs are often short-term securities that fund longer-term real estate projects, a run on WMP capital could abruptly freeze the real estate construction sector, upon which much of China’s economic productivity is still dependent.

That these risks exist is not a novel discovery. What is new is the resistance we’re seeing to Xi’s reforms. Bank executives have questioned the soundness of Xi’s changes and have even requested from the central bank an additional 18 months to gradually phase in the new rules. An 18-month extension isn’t an outright revolt, but China is already working against the clock to lessen its heavy debt burden, and every year that passes without a solution increases the risk of a real estate collapse that could turn into a systemic financial crisis. Any public dissent also slows down the momentum that Xi was hoping to capitalize on after the party congress in October.

Xi has also faced resistance to his attempts to reduce air pollution. Much of the thick haze covering China’s cities is caused by coal, a major source of energy both in the countryside and in urban areas. As a result, Beijing has pushed to rapidly reduce the country’s dependence on coal and replace it with natural gas. But many households, especially in rural and impoverished urban areas, rely on coal for heating and cooking. Switching to a new energy source takes time, and time is one resource Beijing does not have in abundance.

Small private firms and residential areas have struggled to adopt the changes. Installation of gas infrastructure has lagged behind the removal of coal boilers, leaving residents and small factories without power and heat. With winter on the way, reports have emerged of poor farmers nearly freezing to death in the countryside. Videos of students in freezing classrooms and poor residents unable to cook food have also been widely broadcast.

Natural gas supplies have been part of the problem. Demand for natural gas has increased, and supplies have not kept pace. The Energy Administration in Guizhou province estimated that China faces a daily gas shortfall of 40 million cubic meters. Shortages have been reported in Beijing, Hebei, Shandong and Guangdong, to name a few places. With burgeoning demand and limited supply, heating homes has become increasingly unaffordable. In the past year alone, the price of natural gas has risen 40 percent. Last week, Beijing relented, announcing that people living in rural areas will be allowed to burn coal and that some coal plants will be restarted to meet demand.

The third area in which Beijing has encountered resistance is in its push to remove unsafe housing in Beijing. Last month, a fire killed 19 people in Daxing, a suburb south of Beijing. In response, the government began shutting down unsafe and overcrowded dwellings in the city. According to Xinhua news agency, 25,395 sites were marked as potential risks. This fits in with Beijing’s broader goal of limiting the city’s total population by 2020 and removing up to 2 million people from the downtown area alone.

A Chinese man walks by buildings demolished by authorities in an area that used to have migrant housing and factories on Dec. 6, 2017, in the Daxing district of Beijing.

As was the case with anti-pollution measures, China’s poor have been the most impacted by the housing changes. Beijing is home to an estimated 8 million migrant workers. They are a necessary source of cheap labor that drives the economy. Most migrants work for low wages, in the hope that they can save up enough money to return to their hometowns. To save money, these workers live in cramped, often unsafe accommodations. As these dwellings are closed, and the residents are evicted, they are being forced to leave Beijing.

Images of demolished villages and homeless migrant workers have led many to question the sensibility of these policies. An open letter criticizing the authorities’ crackdown on unsafe housing has been circulating, and people have been sharing pictures and videos of the heavy-handed removals online. The government has attempted to censor some of this online content, but a total blackout would, even in China, raise questions about the government’s real intentions.

Xi has been touted as China’s most powerful leader since Deng Xiaoping. At first glance, his resume supports this conclusion: He was given the title of “core leader” by the Communist Party, and his own doctrine was added to the party’s constitution. Power, however, isn’t defined by titles. And as Xi is beginning to discover, his reforms are bound to come up against the very economic and social challenges they are trying to solve.

Xi’s reforms are running into resistance not just because of diverging interests but because radical social changes will always create new winners and losers. We are now seeing early indicators of the difficulties that Xi will face in the new era he ushered in during the party congress. If new reforms challenge his authority by turning major segments of the population against him, he will be forced to water down the scope of those reforms. But it is the very scale of Xi’s new policies that he hopes will move China away from a path that, as he has admitted, is no longer sustainable. Modest reforms, though, will not fix China’s problems, and social constraints may restrict Xi from achieving anything beyond limited change.

Turkey and the US Converging on Syria