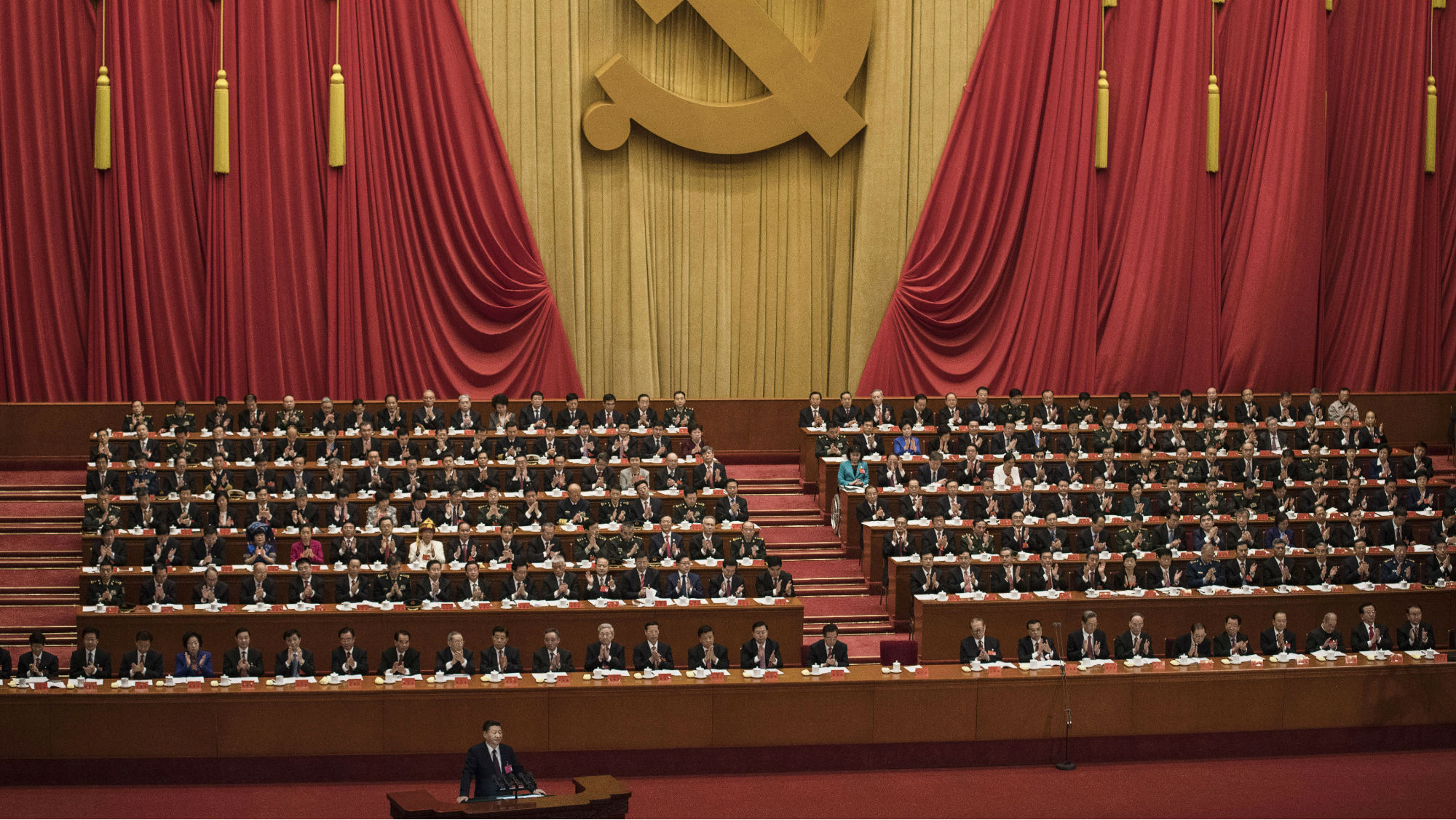 Amid the fanfare of the Communist Party of China’s National Congress, Beijing acknowledged what most of us have known for some time: China has a serious debt problem.

Indeed, it seems the government was the last to admit as much. In June, the Institute of International Finance published data indicating that China’s debt-to-GDP ratio had reached 304 percent. In July, Moody’s downgraded its view of the Chinese banking system from stable to negative. In September, Standard & Poor’s downgraded China’s sovereign debt rating because China was not deleveraging as quickly as expected. Then in October, the International Monetary Fund released a report that identified China’s financial system as having “elevated financial stability risks,” the implications of which could be global. Clearly there is more than meets the eye in China’s positive economic performance in 2017.

Talking, but Not Out of Turn

GPF tracks the Chinese economy as a matter of course, so none of these warning signs are news to us. And in any case, China’s economic problems aren’t a particularly well-kept secret. Still, it’s one thing for Western observers to sound the alarm about Chinese debt – it’s quite another for a government official to do it. Even more notable is the person who did: Zhou Xiaochuan, the governor of the People’s Bank of China. In so many words, a high-ranking official with close ties to President Xi Jinping warned that China might be on the verge of a “Minsky moment.” (A Minsky moment is a rapid decline in the value of an asset class following a period of high growth, or in layman’s terms, a bubble bursting.)

In fact, Zhou has been quite talkative lately. On Oct. 9, he gave an interview to Caijing, the Chinese financial magazine, during which he said China should embrace free trade, allow market forces to dictate the yuan’s value and abandon strict capital account controls. At the time, Zhou’s interview raised a few eyebrows, and most dismissed his comments as the words of a man on the verge of retirement with little to lose. But he hasn’t stopped talking. He put himself directly into the spotlight by publicly discussing China’s debt problems on the day Xi, the most powerful Chinese leader in decades, solidified his control.

But could Zhou’s loose lips suggest that Xi is not as powerful as is commonly believed? After all, the People’s Bank of China is technically under the purview of the State Council, and the State Council is under the purview of the Chinese premier, not the president. But what is true on paper is no longer true in practice. After the Chinese stock market crashed in summer 2015 and then again at the beginning of 2016 – despite some of the safeguards that had been emplaced to prevent it – Xi decided that these sorts of matters could no longer be left to the premier and took control of much of the state’s economic and financial machinery. (For good measure, Xi weakened China’s Communist Youth League, a 90 million-member group that had been seen as a potential power center for the current premier.)

It is therefore unlikely that Zhou was speaking out of turn or that his comments about debt are a sign of insubordination. If Zhou really had gone rogue, he would likely have been imprisoned by now. This means that whatever Zhou says has been tacitly approved by Xi – and that he said it when Xi wanted him to. That it came at such a prominent affair cannot be coincidence. 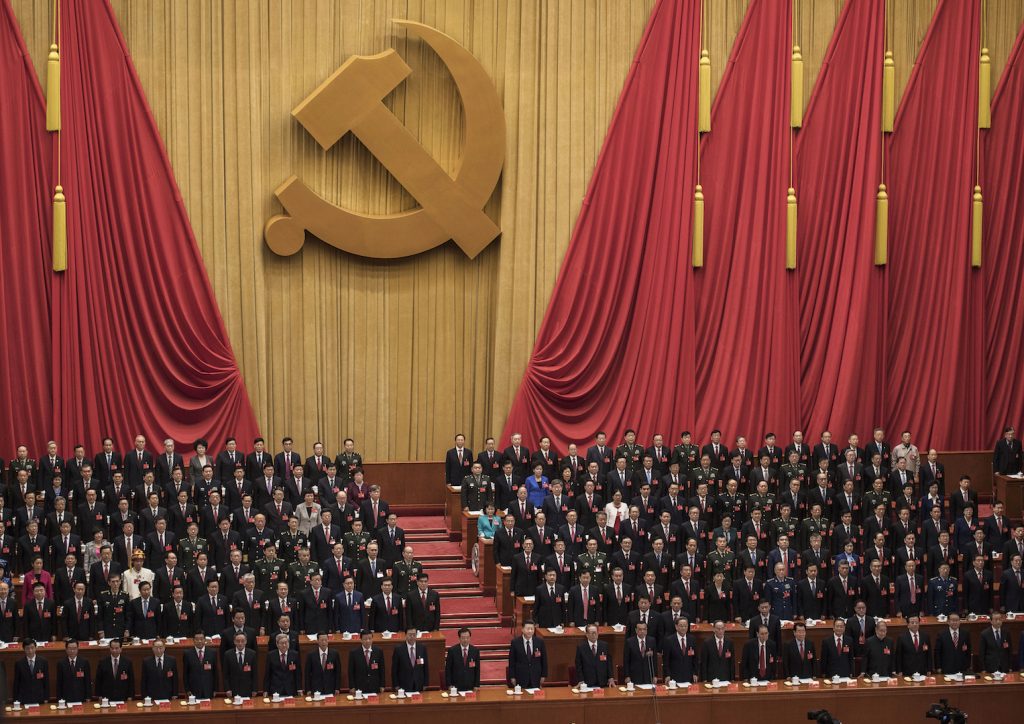 Chinese President Xi Jinping (bottom center) and senior members of the government stand during the national anthem prior to the opening session of the 19th Communist Party Congress at The Great Hall Of The People on Oct. 18, 2017, in Beijing, China. KEVIN FRAYER/Getty Images

Explaining why this is so requires some context. The 19th Party Congress is not just an announcement of Xi’s dictatorship; it’s an understanding that China needs to make painful economic reforms that can be made only if Xi’s control over the central government, and in turn the central government’s control over the rest of the country, is ironclad. And to do that, Xi cannot just anoint himself the heir of Mao and Deng and start issuing commands; he must articulate a vision that the rest of the country can buy into. Ideology alone can pacify the masses only for so long. Mao and Deng – along with the ideologies they used to legitimize their rule – are gone. Xi must find his own version of “socialism with Chinese characteristics.”

China’s economic problems are dire. Its leaders know it. And they need to impress upon the people just how difficult they are to solve. Zhou warned that corporate debt in China was high, that household debt was rising too quickly, and that China would need to act decisively to prevent what he called “a dramatic adjustment.” Xi said at the congress that, despite the successes of his first five years in office, China “must soberly see the great deal of inadequacy in our work and the good number of difficulties and challenges facing us.” Xi did not announce the discovery of problems; he told the Chinese people, in so many words, that difficulties lay ahead. The message is clear: China under Xi is not going to be about getting rich fast but about sacrificing to preserve the health of the country.

Zhou’s comments, for their part, are as threatening as they are sobering. They are a warning to those who would stand in the way of the president, who has spent his first five years in office removing and jailing potential adversaries. So when Zhou says that China will manage the risks stemming from potential asset bubbles and that local governments will be brought in line should they engage in shady lending practices, the Chinese bureaucracy understands that Xi is speaking directly to them as well.

But though Xi has made good on his threats to discipline noncompliant members of his party, he has had less success in implementing economic reform. On the one hand, real estate sales in China during the month of September dropped for the first time in nearly three years. Real estate is likely the asset class most susceptible to Zhou’s “Minsky moment,” and it appears at least for now that Beijing has managed to effect some change there. On the other hand, Xi needed political stability ahead of the Party Congress, so he allowed China’s debt-fueled growth to continue unabated. After the congress, Xi will set his sights on this very issue, and how he manages it will test the faith of the Chinese people.

Xi comments – the ones he made and the ones he uttered through Zhou – show how he intends to start solving China’s problems. But they don’t make the solutions any easier. Beijing knows what’s at stake and, with the National Congress, it has told as much to the rest of the world.

George Friedman: Will Trump Be Kicked Out of the White House?...