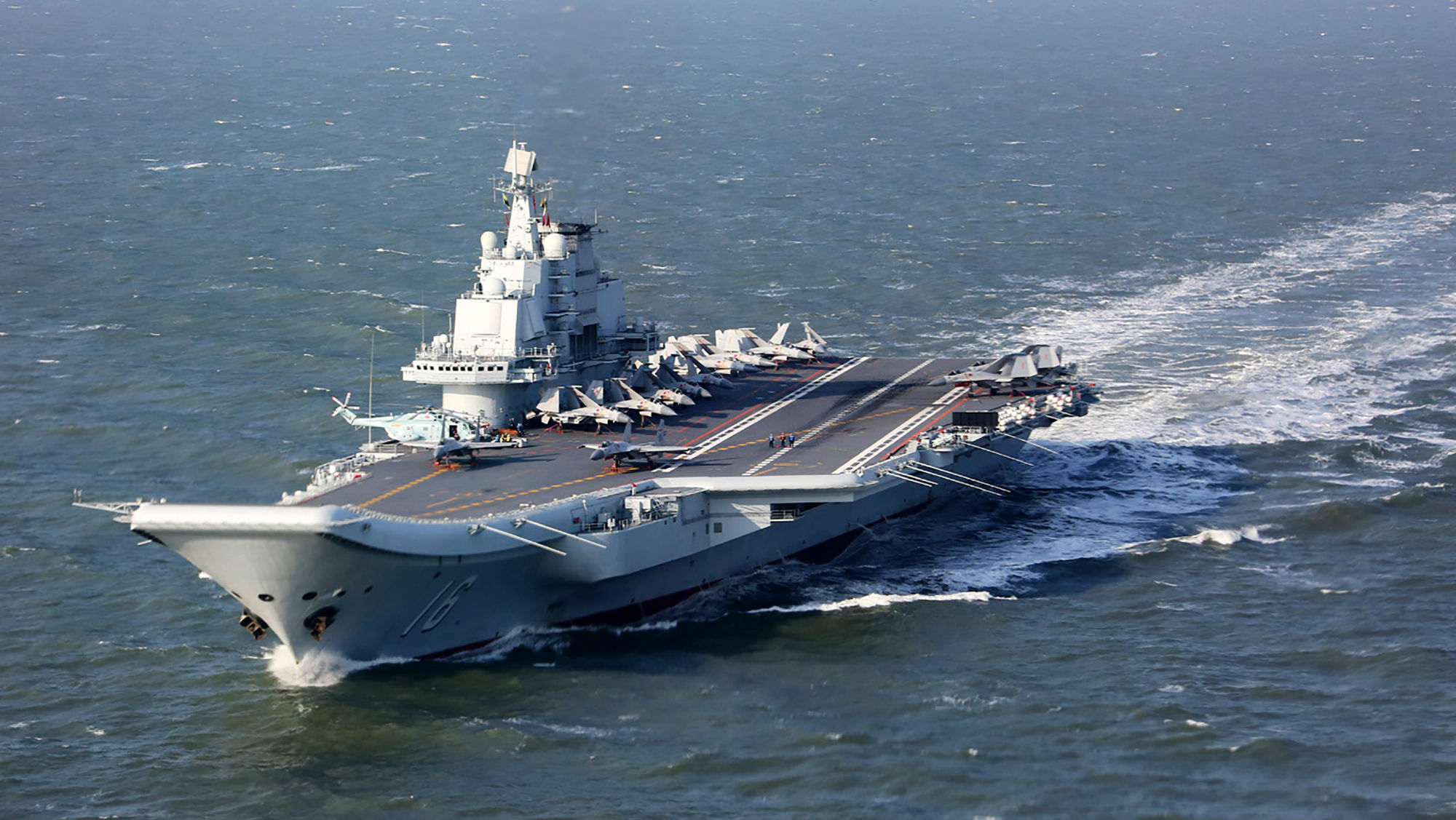 Editor’s note: Every five years, the Communist Party of China holds its National Congress, an opportunity for leaders to tout their successes and lay out policy priorities for the next five years. It is where delegates approve amendments to the constitution and select members of the Central Committee, who in turn select members of the country’s most important political institutions: the Politburo, the Central Military Commission, the Politburo Standing Committee and the general secretariat.

The 19th occasion of this affair begins today. A forthcoming Friedman’s Weekly, slated to publish Oct. 20, will explore the future of the Communist Party accordingly. In the meantime, we republish the following analysis that lays out China’s grand strategy – an essential piece for understanding the changes the congress might portend.

First, we need to outline China’s basic geographical parts. The country has four buffer regions that are under its control. Tibet in the southwest has seen some instability and is vulnerable to outside influences. Xinjiang in the northwest is predominantly Muslim, with a significant insurgency but not one that threatens Chinese control. Inner Mongolia in the north is stable. Manchuria in the northeast is also stable and of all four buffers is the most integrated with the Chinese core. These last two regions are now dominated by the Han Chinese, China’s main ethnic group, but they are still distinct. When you look at a map of China, you will see that a good part of what we think of China is not ethnically Chinese. 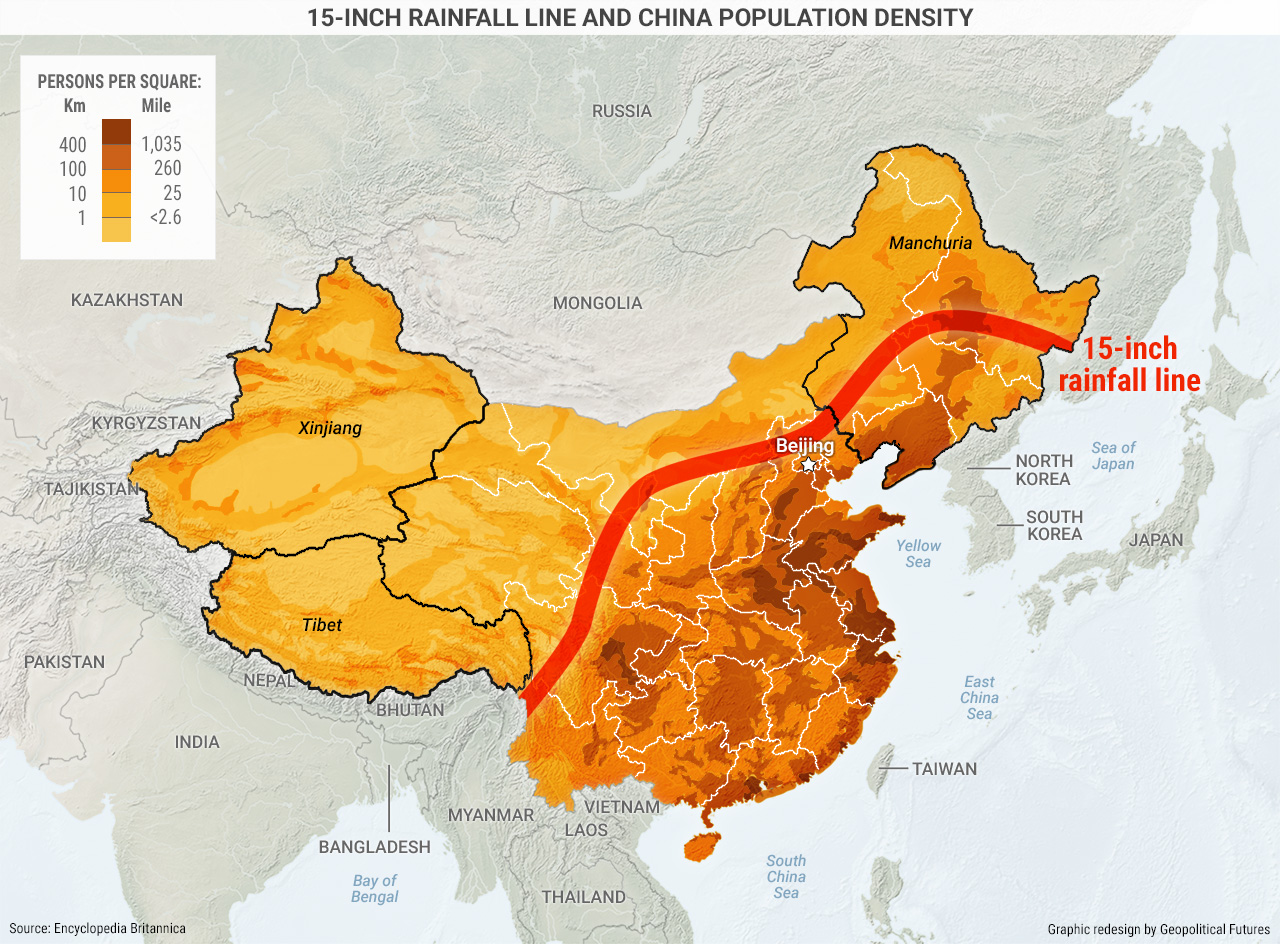 Within Han China, there are also divisions. The population is concentrated in the east because western China has limited rainfall and can’t sustain very large populations. In this sense, China is actually a relatively narrow country, with an extremely dense population. The interests within Han China are also diverse, and this has frequently led to fragmentation and civil war.

The most important distinction is the one between coastal China and interior China. Coastal China, when left to its own devices, is involved in regional and global maritime trade, while the interior has fewer commercial opportunities. Coastal China’s priority is reaching its customers, whereas the interior wants Beijing to transfer the wealth from the coast to help support the poor interior. Many other regional disagreements exist of course, but this is the source of discord between the two regions.

It is not a new problem, and left to fester, it can result in internal conflict, with coastal interests frequently seeking intervention by their customers. This was the case from the British intervention in the mid-19th century until 1947. During this time, there was endless internal conflict in China and constant foreign involvement. Mao Zedong tried to solve the problem by closing China to trade (at least somewhat), crushing the coastal elite and imposing a dictatorship. Like emperors before him, he imposed a powerful state on a unified but nonetheless very poor country.

After Mao died, China embarked on a traditional Chinese strategy: It tried to build its economy by selling low-priced manufactured goods to the world without allowing divisions to arise – in other words, it wanted to have its cake and eat it too. This worked for a generation; once the state stopped undermining economic development, China surged. By 2006, exports, particularly to the U.S. and Europe, accounted for 37 percent of China’s gross domestic product. The coastal region became relatively prosperous, while the rest of China and the buffer regions lagged far behind, as they always have. But the surging economy helped raise living standards, even if it also created inequality.

2008 was a turning point. China’s major customers, Europe and the United States, went into recession, and their appetite for Chinese goods declined. Economic growth slowed dramatically, and by 2016, exports only contributed 19 percent of GDP. Although internal consumption increased, the coastal region was focused on markets in advanced industrial countries, which the interior couldn’t replace.

And in the process of maintaining weakening businesses, saving jobs and increasing domestic demand, the cost of production rose. China faced competition from other countries for markets, and the pressure on its internal system intensified.

Coastal and regional interests diverged again, and each advocated different policies in response to the crisis. The Chinese government tried to accommodate all but accommodated none. In 2012, President Xi Jinping took office and sought to put the genie back in the bottle. He imposed a dictatorship that had two goals: to take control of the Communist Party and to impose party rule over the country. His anti-corruption campaign was intended to take control of the economy and to convince the interior that he was not a pawn of the coastal region. Xi sought to maintain exports as much as possible and to re-establish centralized control with minimal effect on the economy.

He also had to deal with the United States. The United States’ consumption of exports was a major engine of China’s economy. At the same time, the crackdown on government and business officials – an essentially political act – would affect American investments and other interests in China. China had to take greater control of the economy without losing U.S. investment or imports.

But in case the worst happened, China developed a fallback strategy. It began producing a new class of high-tech products. It also had to find new markets outside the U.S. The economic solution posed a military problem.

In the event there was an economic falling out with the U.S., China had to consider the possibility of a military confrontation. But the key issue was the ability to guarantee China’s access to sea lanes. In this, China had a major geographic problem. The South and East China seas are ringed with small islands, spaced in such a way that passage between them can be blocked with relative ease. The U.S. Navy is far superior to the Chinese navy, and the Chinese were concerned that in some unforeseen crisis the U.S. would block access to their much needed sea lanes. Those small islands were now at the center of Chinese national interest. The Chinese could claim the entire region, but they were not in a position to seize it. 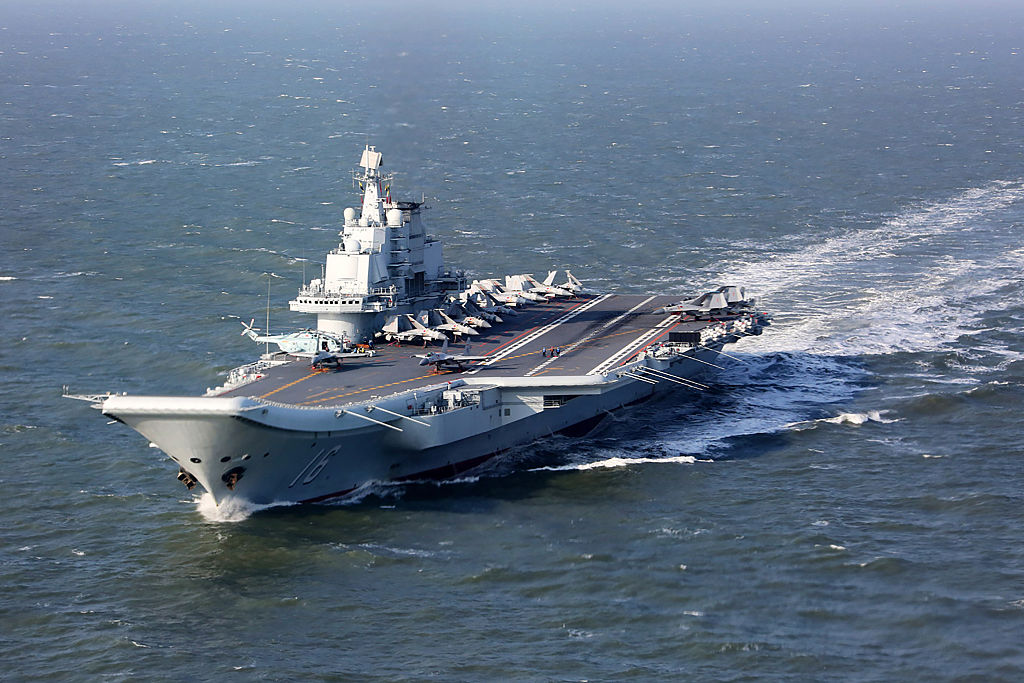 This photo taken on Dec. 24, 2016, shows the Liaoning, China’s only aircraft carrier, sailing during military drills in the Pacific. STR/AFP/Getty Images

At the same time, the Chinese devised a political solution to their strategic problem. If a country like Indonesia or the Philippines aligned with China instead of with the United States, access to the global sea lanes would be assured without having to confront the United States. The problem here is that the two strategies undermined each other. Aggressive assertion of Chinese power in the regional waters and finding accommodation with regional powers were inconsistent approaches. What’s more, they could only work if the United States was not present. And, of course, it was.

China had one other option for getting around potential U.S. actions: creating an alternative export route through Asia to Europe. This was the One Belt, One Road concept. But it, too, was flawed. First, the cost of building the requisite infrastructure was staggering. Second, it would run through countries that were unstable and, for the Chinese, unimportant customers. Add to that the speed with which One Belt, One Road needed to be enacted, and this was more posturing than policy.

China, therefore, is caught in a set of interlocking problems. Its economic miracle has matured into more normal growth rates. It has a vast population that lacks the ability to consume all that it produces. It has to contend with global stagnation and competition from other producers – and competing with high-tech producers is no small task. It is therefore afraid of internal instability and has imposed a dictatorship designed to maintain a vibrant economy without social costs. To do that, it must increase exports and control access to China’s economy, a move designed to alienate a large and dangerous power, the United States. But it can’t afford to confront the U.S., whose navy it can’t defeat.

The Chinese are caught between the need to placate the United States and to distract it with as many problems as possible. North Korea is a perfect diversion, but siding with Pyongyang is not an option. China can appear to be helping the United States while keeping the U.S. focused on Pyongyang.

This is a strategy that emerges not from a position of strength but from one of fundamental weakness. China’s internal contradiction is that prosperity creates instability, and stability is incompatible with prosperity. There are complexities and nuances of course, but this is the root of China’s problem. China is therefore trying to maintain what prosperity it can without destabilizing the system. In doing this, it is jeopardizing its overseas markets, particularly the United States, creating the opportunity for a conflict it can’t win and opening the door to regionalism and warlordism.

Unlike Japan, which moved from being a high-growth country to a low-growth country without social upheaval, China may not be so lucky. Japan had a homogeneous, socially integrated society. China is not homogenous, and it has irreconcilable social differences. Its global strategy reflects these contradictions and ultimately poses a greater risk to China itself than to others. And in such a situation, the key is to look confident and try to keep others off balance. But this can only work for so long.