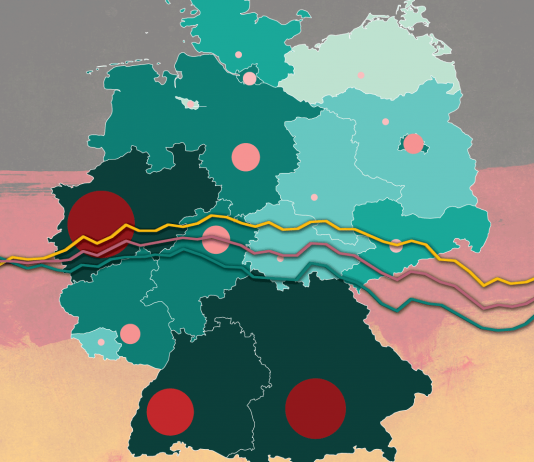 The German Economy Is in Trouble

March 8, 2016 This week’s map highlights Mexico’s key trade partners. The exporters’ crisis dramatically impacts those countries where exports account for a large portion of total GDP. In Mexico, exports represent only about 32 percent of GDP. This alone means Mexico is only moderately exposed to the exporters’ crisis. There are countries with higher exposure, like Germany, where exports make up about 45 percent of GDP, and countries with lower exposure, like the United States, where exports account for only 13.5 percent of GDP. However, the nature of Mexico’s export destinations significantly reduces the country’s vulnerability to the crisis. The United States – a relatively stable market – imports 80 percent of Mexican exports, while only about 1.3 percent of exports go to China, which is experiencing an economic downturn. 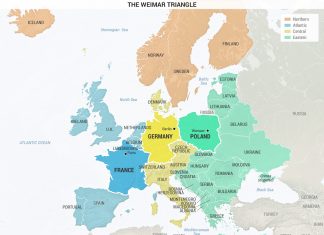 An Alliance to Save the EU

Chancellor Angela Merkel did not emerge from German federal elections unscathed, but she emerged nonetheless. Now that she has, she must throw the full weight of her limited powers into halting the EU’s slow decline into irrelevance. 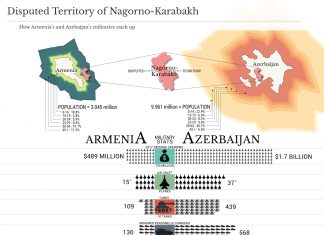 The Nagorno-Karabakh Conflict, by the Numbers

Minor skirmishes there erupt every so often, but they have never escalated to all-out war. 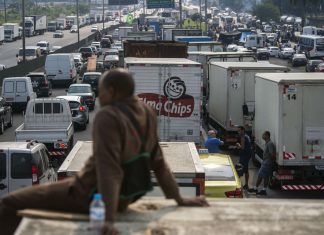 Brazilian truckers have gone on strike, and though the protests appear to be winding down, the effects have been felt in the transportation, food and fuel sectors. 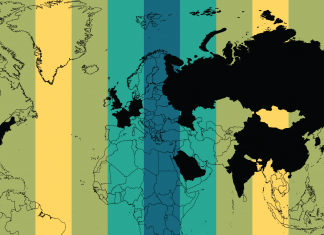 FREE
Geopolitical Futures - February 29, 2020
The United States, unsurprisingly, spends more on the military than any other country in the world.

Oct. 21, 2016 For months, the media has been filled with news of the impending offensive by Iraqi Security Forces – supported by a coalition of Kurdish peshmerga, Sunni tribal militias, Iran-backed Shiite militias and the U.S. – to retake Mosul from the Islamic State. The overture to this battle has finally begun. Offensive forces have started advancing on their battle positions and are now encountering resistance. This resistance will increase exponentially once the fighting moves into purely urban warfare. 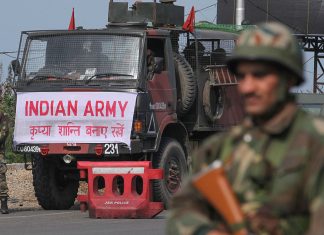 Kashmir: A History of Violence

The region has been a source of conflict between India and Pakistan for decades. 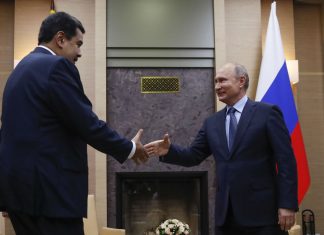 Venezuela is looking for a little help from its friends. 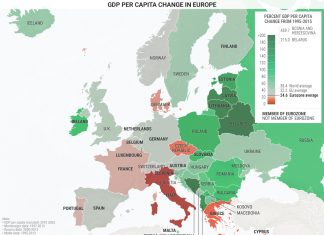 GDP Per Capita Change in Europe

July 9, 2016 With worrying signals this week about the German economy and the Italian banking sector, Europe has been at the forefront of our minds. So we have chosen here to present a map of the percentage change in GDP per capita in Europe to show how growth has developed over the past 20 years.

GDP per capita is, like all measurements, an imperfect statistic, but it is a useful way of comparing the performance of various economies in terms of standard of living and overall economic productivity.

Aug. 11, 2017 Energy sales are an important source of revenue, of course, but for Russia they are more than that: They are an instrument of geopolitical power. They give Moscow considerable influence over the countries whose energy needs are met by Russian exports.

France and Germany – the de facto, if often irreconcilable, leaders of the European Union – illustrate how Russian energy can shape foreign policy. France may rely heavily on foreign energy, but most of its oil and natural gas comes from Algeria, Qatar, Saudi Arabia, and Libya – not Russia. France can therefore afford to be more aggressive and supportive of sanctions against Russia.

This is one reason Germany has been such an outspoken critic of the recent U.S. sanctions, which penalize businesses in any country that collaborate or participate in joint ventures with Russian energy firms. Germany supports the construction of Nord Stream 2, a pipeline that would run through the Baltic Sea, circumventing Ukraine – the transit state through which Germany currently receives much of its energy imports. The pipeline would help to safeguard German energy procurement, since it would allow Russia to punish Ukraine by withholding shipments of natural gas without punishing countries such as Germany further downstream.

Happier at Home: The Rise in Telecommuting

FREE
Geopolitical Futures - June 26, 2020
(click to enlarge) Since the outbreak of the coronavirus pandemic, and the subsequent imposition of lockdown and social distancing measures, employee behavior in the United... 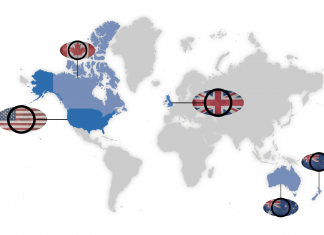 FREE
Geopolitical Futures - July 3, 2020
C (click to enlarge) The bilateral relationship between the United States and the United Kingdom is among the strongest in the world today. But the two...
123...22Page 1 of 22