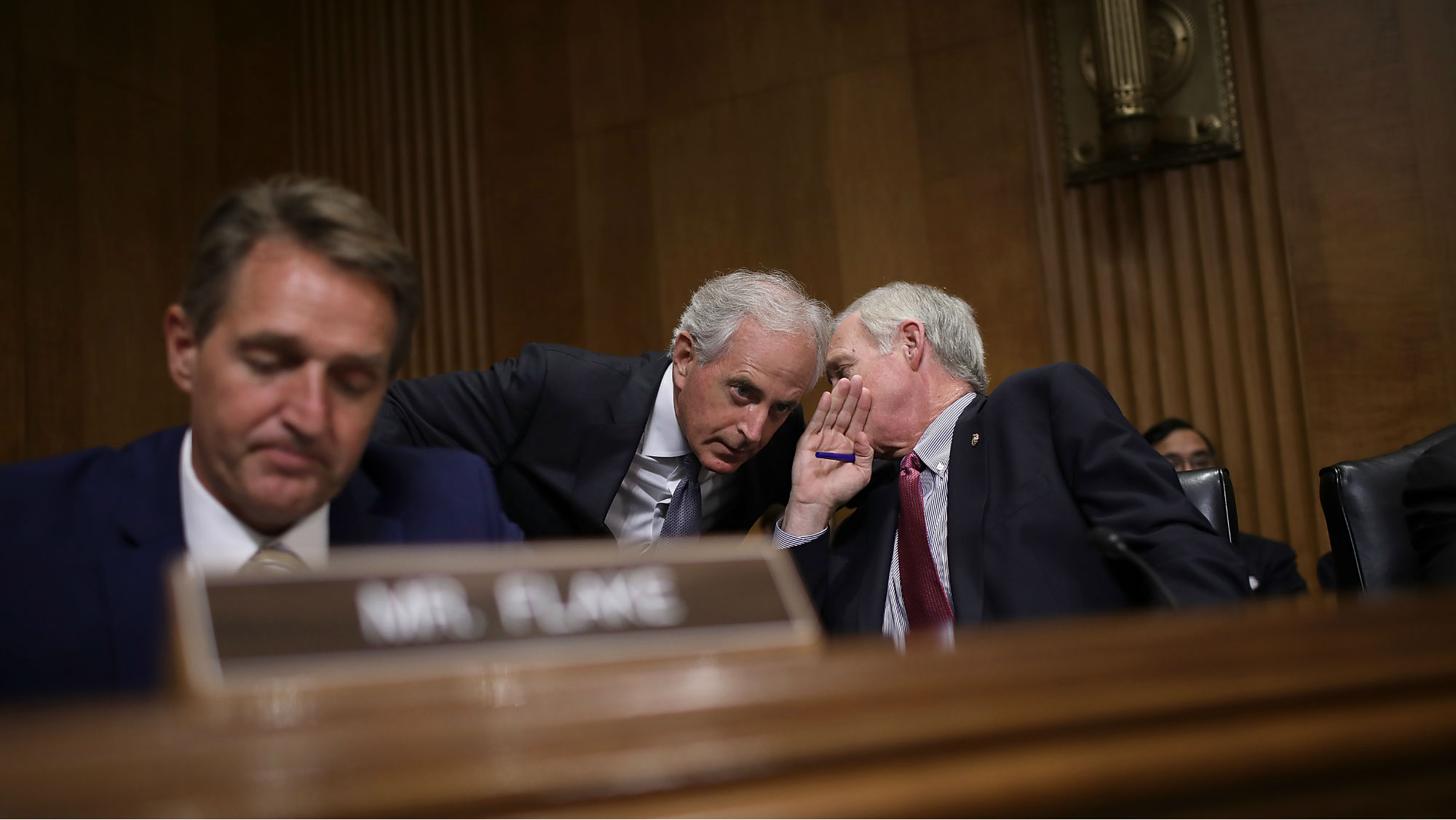 The U.S. Senate held hearings last week on the president’s authority to use nuclear weapons. The trigger for the hearings was the North Korea situation, and the fear among some that President Donald Trump might launch a reckless nuclear attack against the North Koreans. The question senators were asking was what the power of the president was to initiate nuclear war unilaterally.

This has long been a burning question, but one that has been intentionally ignored for decades. But this question involves not only the use of nuclear weapons, but the president’s authority to initiate all kinds of war without congressional approval. The Constitution states that the president is commander in chief of the armed forces. It also says that Congress has the power to declare war. On the surface, this seems a fairly clear system. The president is in command of the military; however, the authority to go to war rests with Congress.

But throughout U.S. history, presidents have taken it upon themselves to initiate conflicts, particularly minor ones. And since World War II, this has even extended to major conflicts. During this time, the United States has engaged in some conflicts without issuing a formal declaration of war – which must be approved by Congress. Without this formal declaration, congressional approval is unnecessary. The first major war that the U.S. fought without a declaration of war was Korea. President Harry Truman argued that U.S. engagement in the war was a police action authorized by the United Nations. The United States joined the United Nations by a treaty that had been approved by Congress; therefore, he argued, Congress had given its approval to engage in war in Korea by agreeing to join the United Nations, which authorized military action. 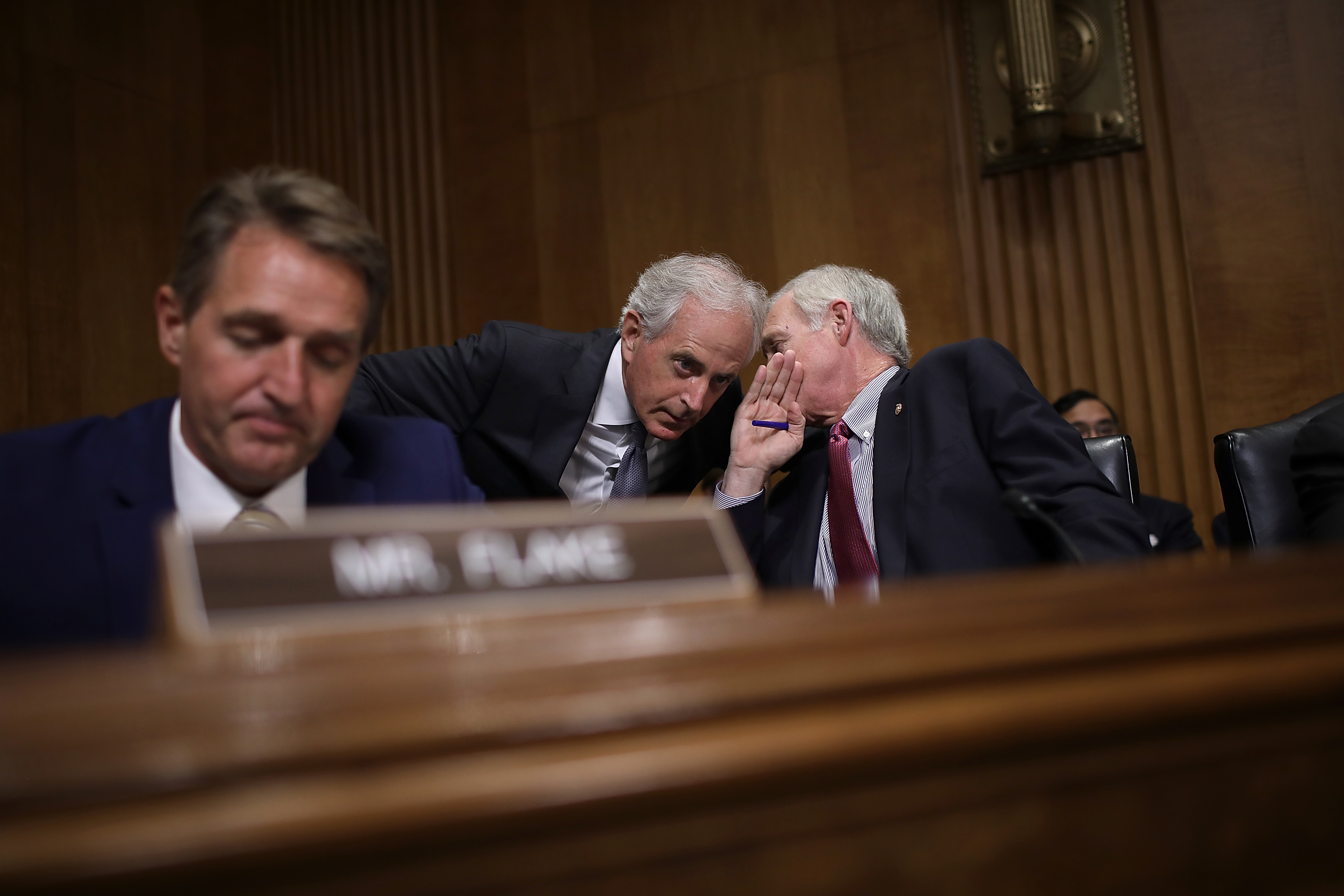 The logic seems to me a bit tortuous, but the judiciary and Congress accepted it. This opened the door for U.S engagement in undeclared wars that were not authorized by the United Nations. Vietnam was fought without a declaration of war, although Congress passed a resolution after the incident in the Gulf of Tonkin that President Lyndon Johnson interpreted as congressional authorization for U.S. involvement. The resolution authorized the president to use any means necessary to protect U.S. forces from attack in Southeast Asia. (It should be noted that U.S. forces had been deployed in the area and were engaged in combat before the Gulf of Tonkin Resolution.) In addition, no declaration of war was issued in the war in Afghanistan, the wars in Iraq, or any of the lesser wars that have been fought in recent years, from Libya to Syria to Niger and so on.

The argument in all of these operations was that the Constitution is vague on the requirement of a declaration of war, and that the president’s position as commander in chief gives him the power to wage war; congressional approval of funding for these operations was sufficient. Presidents didn’t want declarations of war because, in general, they did not want the public to think of a minor intervention as war. Johnson wanted to minimize the significance of what he was doing for political reasons. By the time President George W. Bush decided to invade Afghanistan, declarations of war seemed obsolete. The courts deemed this a political matter between the other two branches of government; Congress didn’t call a vote to declare war, which was its prerogative; and the public seemed to accept it.

Nuclear weapons added to the complexity of the situation. During the Cold War, there would have been no more than 30 minutes’ warning before a Soviet missile would land in the U.S., so asking for a declaration of war was impossible. If the president felt he had to launch a pre-emptive attack, going to Congress first would obviously remove the element of surprise. The president therefore had sole authority to respond to a nuclear attack or to initiate an attack. During the Cuban missile crisis, the president did not ask for authorization from Congress to initiate a nuclear strike, which might have been necessary depending on intelligence about Soviet intentions. It was simply assumed he had that power.

The president has had the practical authority since World War II to send troops into combat at his discretion and to use nuclear weapons at will. Last week’s congressional inquiry was odd in that the senators were asking questions of military men that should be asked of Congress. They asked generals if they would obey an illegal order given by the president, implying that a presidential decision to act militarily might be illegal. And this raises another important question: What actions ordered by the president would be considered illegal? It should be the role not of generals but of Congress to define what is legal and what isn’t.

The situation they are addressing has been in place for over 70 years, but Congress has consistently acquiesced, setting precedent after precedent. This is not a question about Donald Trump’s suitability to make decisions about war, but rather about Congress’ lack of insistence on declarations of war as prerequisites for engagement in combat. In the case of nuclear war, Congress could have required that congressional leaders be informed that nuclear weapons might be used and that these leaders must authorize the launch of such weapons.

In any case, the hearings are skirting the real issue, which is that since World War II the president has usurped Congress’ responsibility for war making, or, to put it another way, Congress has been abdicating its responsibility. At this point, the long practice has been that the president can act militarily at will. And the military must obey the commander in chief in any legal order. It’s hard to see that a president’s order as commander in chief can be illegal, unless it would represent a war crime. Is striking a North Korean nuclear facility a war crime? Congress should answer that question.

All the strategies that Congress has adopted to avoid or minimize its role in going to war emerge from the narrow question of who may order a nuclear attack. The Constitution specifically mentions declarations of war, and these declarations have an authority and unmistakable significance that mere resolutions lack. But then Congress enjoyed the ambiguity involved in resolutions and in avoiding responsibility for nuclear war. Its interest in the subject now is appropriate, but Congress’ desire to shift responsibility for war to the president is the issue that ought to be the focus of the hearings.

A Common Theme of Global Unrest