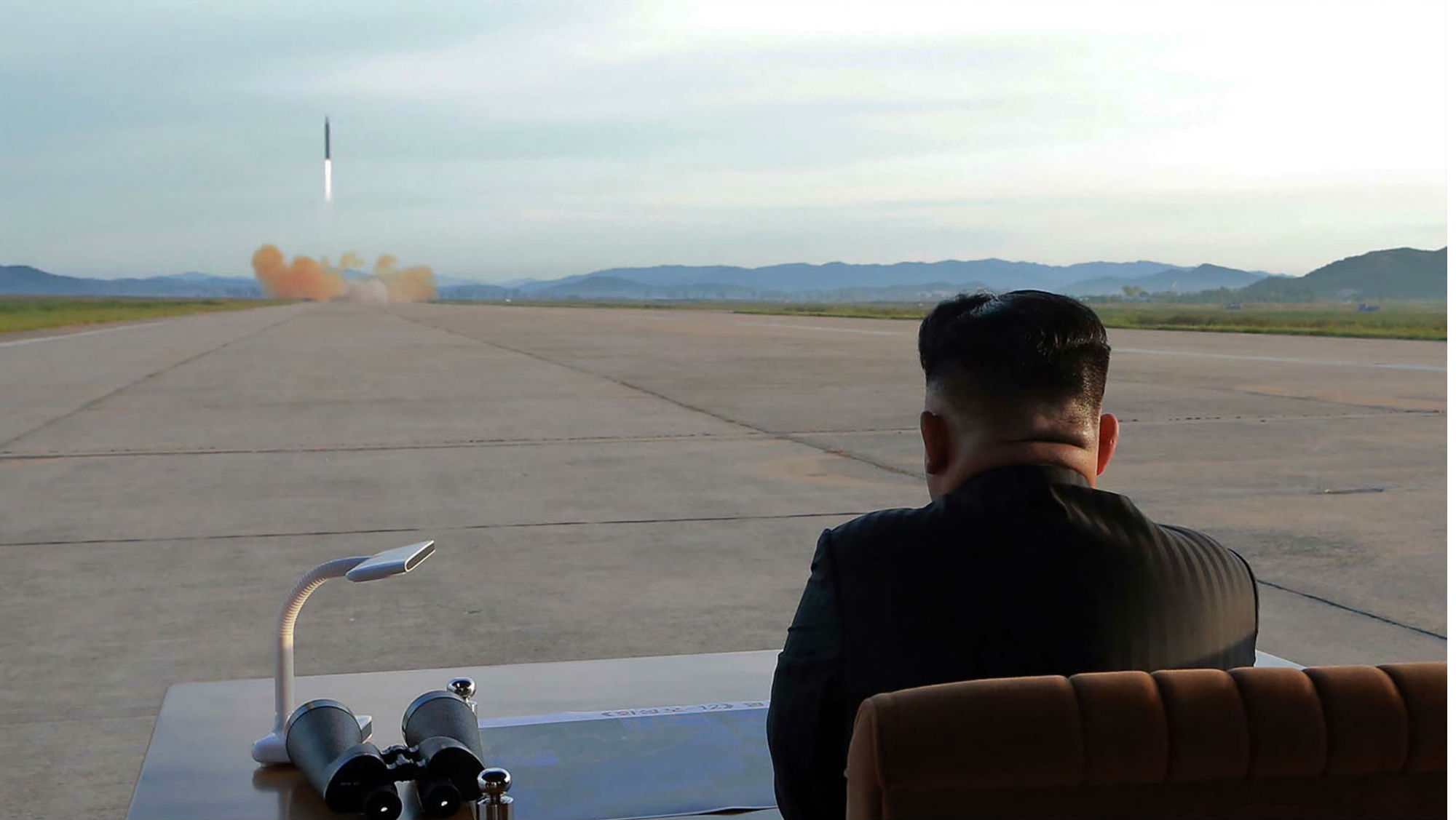 Conventional wisdom is that North Korea is developing nuclear weapons to act as a deterrent to a U.S. military strike against it, and this is true. But less discussed is what comes next. Once the North has a deliverable nuclear weapon – one that can both be mounted on a missile and handle the stress of re-entry through the atmosphere to hit a target – the regime will be secure. Then, Pyongyang can move on to its long-term objective: unifying the Korean Peninsula under its leadership, whether under a federation or a union.

This is still very far off. The U.S. remains an obstacle that would have to be removed, whether by causing a diplomatic split between Washington and Seoul, ejecting U.S. forces from the peninsula or both. Along the way, North Korea would gradually increase pressure on South Korea, bullying it bit by bit into accepting greater concessions. Since South Korea is focused on preventing war, it is likely that, if these steps were sufficiently small, it would not try to resist through force. The North hasn’t yet fulfilled its first objective, but it may be close, and we may be seeing its strategy to achieve its second objective slowly taking shape.

Over the weekend, the North reportedly restarted operations at and claimed sole sovereignty over the Kaesong industrial complex. Kaesong was previously jointly managed by South Korea and North Korea, one of the few areas of cooperation between the two countries. It was closed last February, a month after Pyongyang’s fourth nuclear test, and South Korea pulled its workers out. Though some experts believe that the North has been managing production at the site for as long as six months, it was only last week that state media announced that North Korea had sole legal authority over the plant’s assets.

A Radio Free Asia report supports the North Korean announcement, noting on Oct. 6 that 19 textile factories had been reopened and are in operation. South Korean businessmen with interests in the Kaesong facility have asked the South Korean government for permission to visit the site to confirm the story, saying this would represent a seizure of South Korean corporate assets.

There are two ways to interpret this development. They aren’t mutually exclusive, but they do have conflicting implications. The first is that North Korea is suffering from the increasingly stringent economic sanctions and needs to use the Kaesong complex to produce textiles for domestic consumption. But while it’s true that sanctions are more extensive today than in the past, the North Korean regime has long faced sanctions and nevertheless survived and pushed forward with its nuclear and ballistic missile programs. 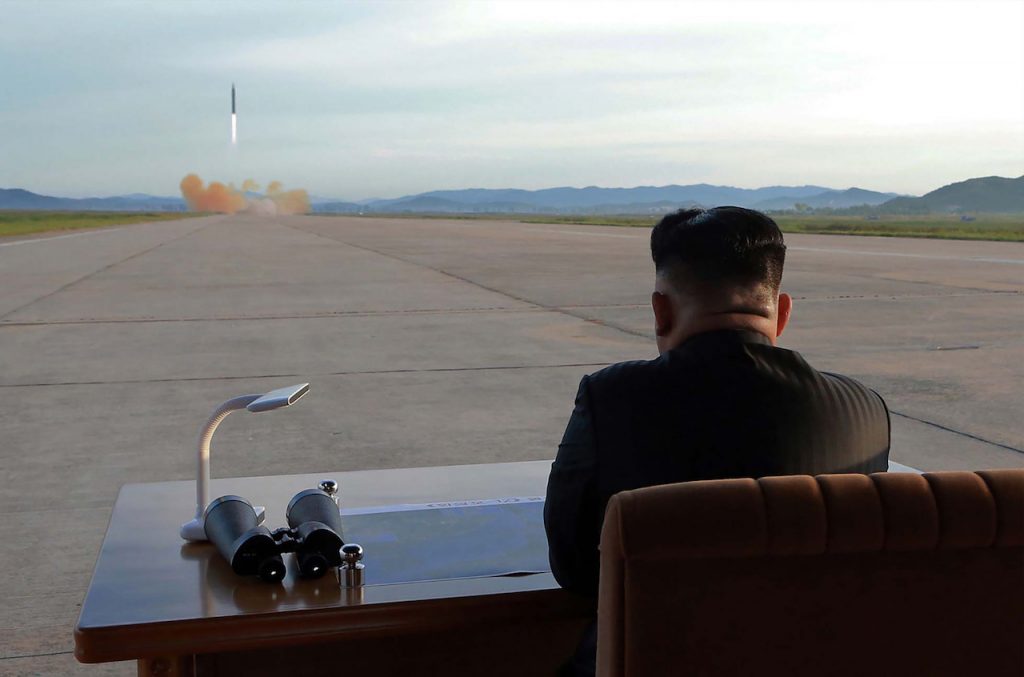 The second interpretation is that North Korea is gaining confidence in its deterrent capability and is beginning to take these small steps against South Korea. Several events over the past couple of days – while not outrightly confirming this interpretation – do seem to support it. First, at the end of September, shortly after Pyongyang’s sixth nuclear test (which, due to its high yield, many believed to be the detonation of a hydrogen bomb), the regime threatened to conduct a nuclear test over the Pacific. Such a test would likely entail using a ballistic missile to carry the nuclear warhead out over the ocean before detonation. Were this to happen, it would almost certainly demonstrate that North Korea had developed a deliverable nuclear weapon. (The only exception would be if the North conducted the test in space, since such a test would not require re-entry capability.)

Calm Before the Storm

Kim Jong Un has stated clearly in the past that the deployment of U.S. and allied forces in and around the Korean Peninsula is a threat to North Korea. After North Korea test-launched a ballistic missile over the Japanese island of Hokkaido in mid-September, Kim specifically cited ongoing U.S.-South Korean drills as the reason for the test. He used the success of the test to claim that Guam, which houses a U.S. air base, was also within reach of his missiles. From North Korea’s perspective, the massive U.S. presence on the Korean Peninsula that makes these drills possible is a major threat. If military exercises become commonplace, it is far easier for one apparent drill to quickly morph into a real strike. Habituation breeds complacency, which provides the opportunity for surprise.

In recent days, the U.S., South Korean and Japanese militaries have been busy. Four events in particular stand out. The first was an air-to-ground missile test the night of Oct. 10 involving two U.S. B-1B strategic bombers and a combination of F-15Ks from the Japanese and South Korean air forces. Similar drills have occurred before, but the U.S. Air Force emphasized that this was the first time one had taken place at night. Second, the USS Ronald Reagan aircraft carrier and a Japanese destroyer participated in joint naval drills Oct. 11 off the southwest coast of Okinawa. Third, the Los Angeles-class USS Tucson, a nuclear-powered attack submarine, arrived Oct. 11 at the South Korean port of Jinhae. Though this was a scheduled port call, the presence of nuclear submarines in Korea has been a less frequent event than the B-1B drills over the past several months. Finally, more joint naval drills involving the U.S. and South Korea are planned for Oct. 14.

The drills and naval movements are normal; the frequency in such a short span of time is not. It could be that the U.S. is accumulating forces to prepare for a pre-emptive strike or to discourage another nuclear test. The drills are also happening only days after U.S. President Donald Trump made statements on Twitter and at a press conference that seem to indicate that the diplomatic phase is nearing its end. We rarely give credence to public statements by political leaders, but in this case they can be considered in the context of unfolding events. Over the weekend, Trump tweeted that U.S. diplomacy with North Korea hadn’t worked and that “only one thing will work” to stop the North’s missile program.

The tweets came after Trump referenced “the calm before the storm” at a press conference Oct. 5. If the U.S. were planning a pre-emptive strike on North Korea, maintaining a sense of calm is a reasonable thing to do in order to confuse the North as to the United States’ true intentions. The U.S. might also do something resembling the military drills of the past several months, which Washington could claim were simply routine, to lull Pyongyang into complacency. On the other hand, the announcement of such a strategy runs counter to its execution.

Nevertheless, Kim is in no position to assume that what his enemies’ forces are doing on and around the peninsula is routine. If he has a deliverable nuclear weapon, and if he believes that an attack by the U.S. is imminent, now would be the time for the test that he threatened in September. Preparations could already be underway. North Korea held a major rally in the capital on Oct. 7, and notably absent were two officials who head the country’s nuclear weapons and missile development programs. Of course, this is North Korea, and we can’t rule out that they were simply purged by the regime, but both programs’ recent successes make this explanation less likely. If Pyongyang goes through with its threatened test over the Pacific, and if the weapon survives re-entry, it would demonstrate to the world that North Korea has an effective nuclear deterrent.

U.S. officials have repeatedly said that the U.S. national interest dictates that North Korea be prevented from acquiring a deliverable nuclear weapon. If the North succeeds in a nuclear test over the ocean, it will have crossed that red line, forcing the U.S. to rethink its strategy not only on the Korean Peninsula but in the entire Western Pacific. We might also someday look back at recent events like the takeover of the Kaesong complex as the first steps toward the North asserting greater control over the South.

Back to the Future: China and the US

The Centurieslong Contest for the Black Sea