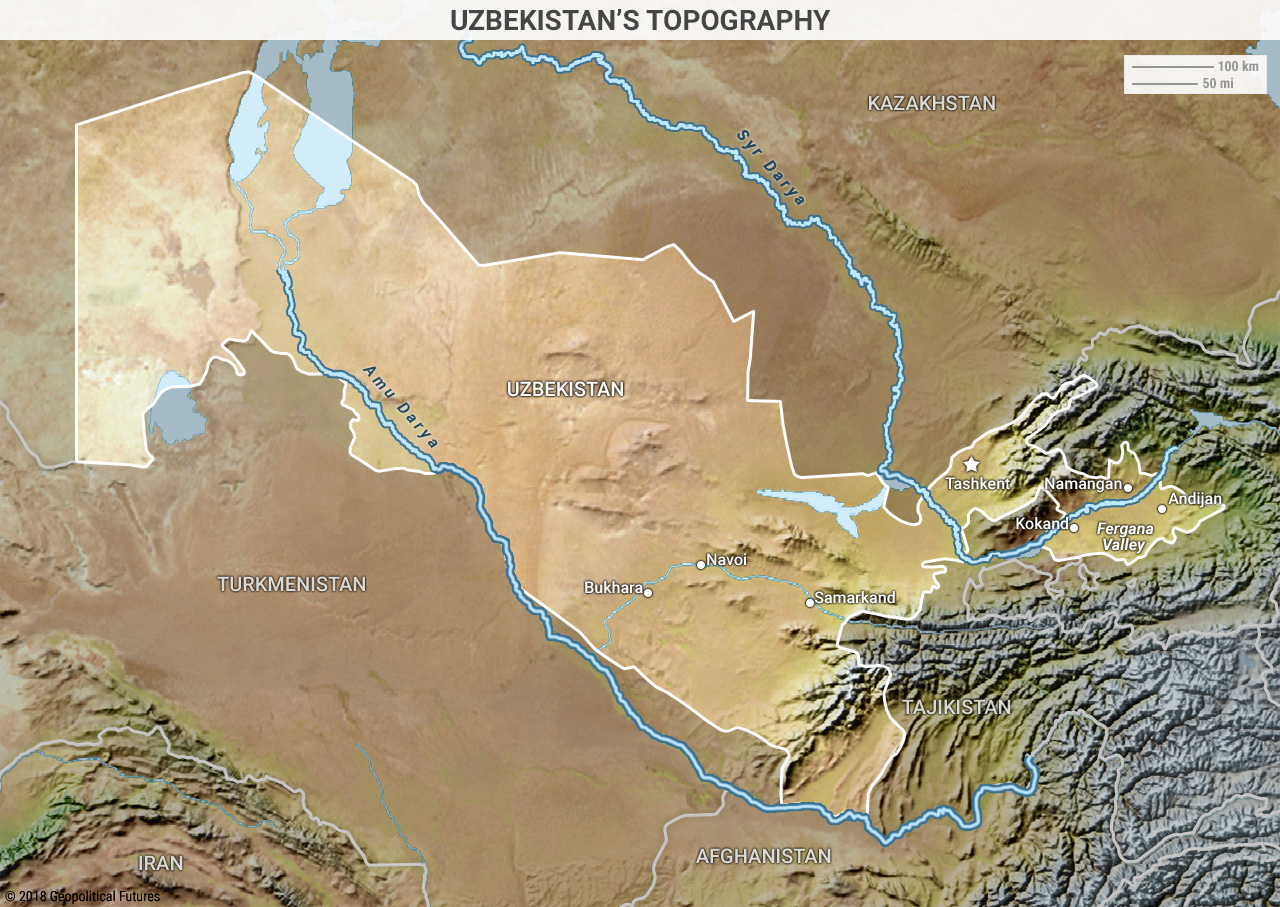 Uzbekistan plays a pivotal role in regional affairs, and it is able to do so because of its geography – and its geographic position. It is the only Central Asian state that borders every other. Like Kazakhstan, it is rich with oil and natural gas, the revenue from which has enabled it to have at least the semblance of self-determination. It is the second-largest Central Asian state by area and the largest by population. In fact, roughly half the population of the entire region lives within its borders, their livelihoods aided in large measure by the fact that Uzbekistan boasts more land in the Fergana Valley – the most hospitable place for human life in the region, with its comparatively fertile soil and mild climate – than any other country.

Since the fall of the Soviet Union, which governed Uzbekistan as a satellite state, the country had had only one ruler: Islam Karimov, a strong-armed, unapologetically clannish dictator. That is until 2016, when he died and was replaced by Shavkat Mirziyoyev. Shortly thereafter, Mirziyoyev announced reforms meant to open the country up to the outside world economically and cultivated ties with potential patrons, including Russia, Europe and China. More important, he began to improve relations with other Central Asian states. Cross-border disputes related to access and usage of energy and water resources are gradually being solved.

Today, Uzbekistan has all the appearances of a country on the rise. It is prosperous and stable by the standards of the region. Its position, right in the heart of Central Asia, attracts the attention of major geopolitical players, who well understand that access to Uzbekistan is tantamount to access to the Middle East, a major One Belt, One Road thoroughfare and Russia. And Mirziyoyev’s liberalizations will only spark more interest from the international community.

But appearances can be deceptive. Beneficial though Mirziyoyev’s reforms might be, their uses are merely counterfeit. The cool logic behind them is that they help Mirziyoyev consolidate power and endear him to his subjects. In a place such as Uzbekistan, the tactics a leader use may be liberal or draconian, but the outcome is the same: Uzbekistan is not going to be anything other than a centralized state where the president has great power.

Uncovering What Will Happen for Rising Powers