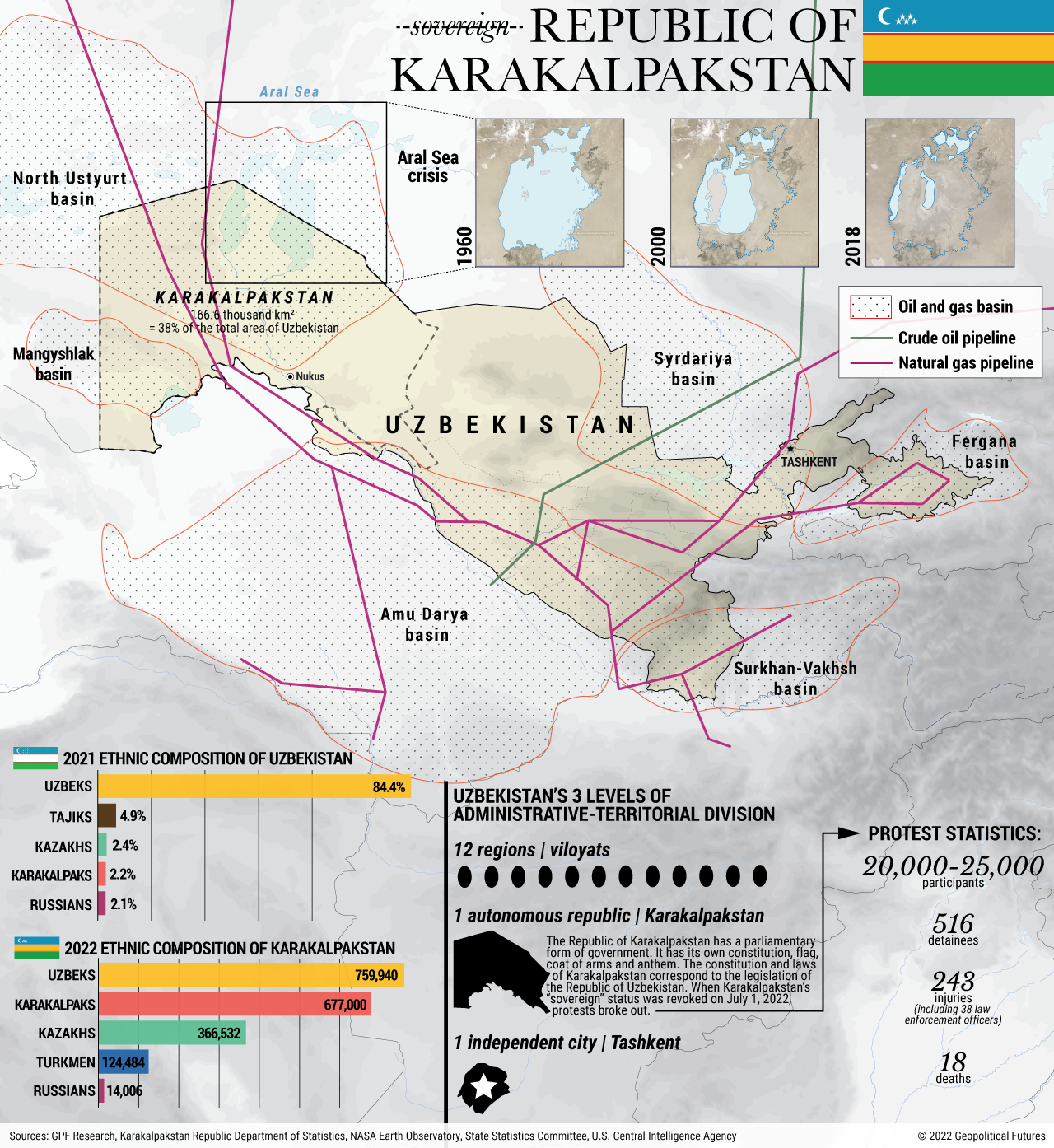 The Republic of Karakalpakstan, located in northwestern Uzbekistan, is a product of the peculiar boundary delimitations within the Soviet Union. It was part of the Kirghiz Autonomous Socialist Soviet Republic, the Kazakh ASSR, and the Russian Soviet Federative Socialist Republic before it became part of Uzbekistan. Today, it is the largest region of Uzbekistan and retains its own state symbols, constitution, government and parliament.

Despite its low population density and desert terrain, Karakalpakstan has large reserves of natural resources and hosts a major gas pipeline system. This is why the Uzbek government is eager to integrate the region and its people, removing the threat of secession. Karakalpakstan, on the other hand, has called for referendums on its status before, but its poverty keeps it dependent on Tashkent. Moreover, Uzbek security forces are strong enough to suppress the region by force.

On July 1-2, after a draft constitution for Uzbekistan was circulated that among other things stripped the republic of its right to secede, protests broke out in Karakalpakstan. Law enforcement swiftly crushed the protests, but Uzbek authorities agreed that the republic could retain its sovereignty. Tashkent has the largest and best-equipped army in the region but isn’t looking to use force to achieve its domestic goals. Regional territorial disputes are persistent, and any protracted unrest would risk escalating into a bilateral or multilateral conflict.