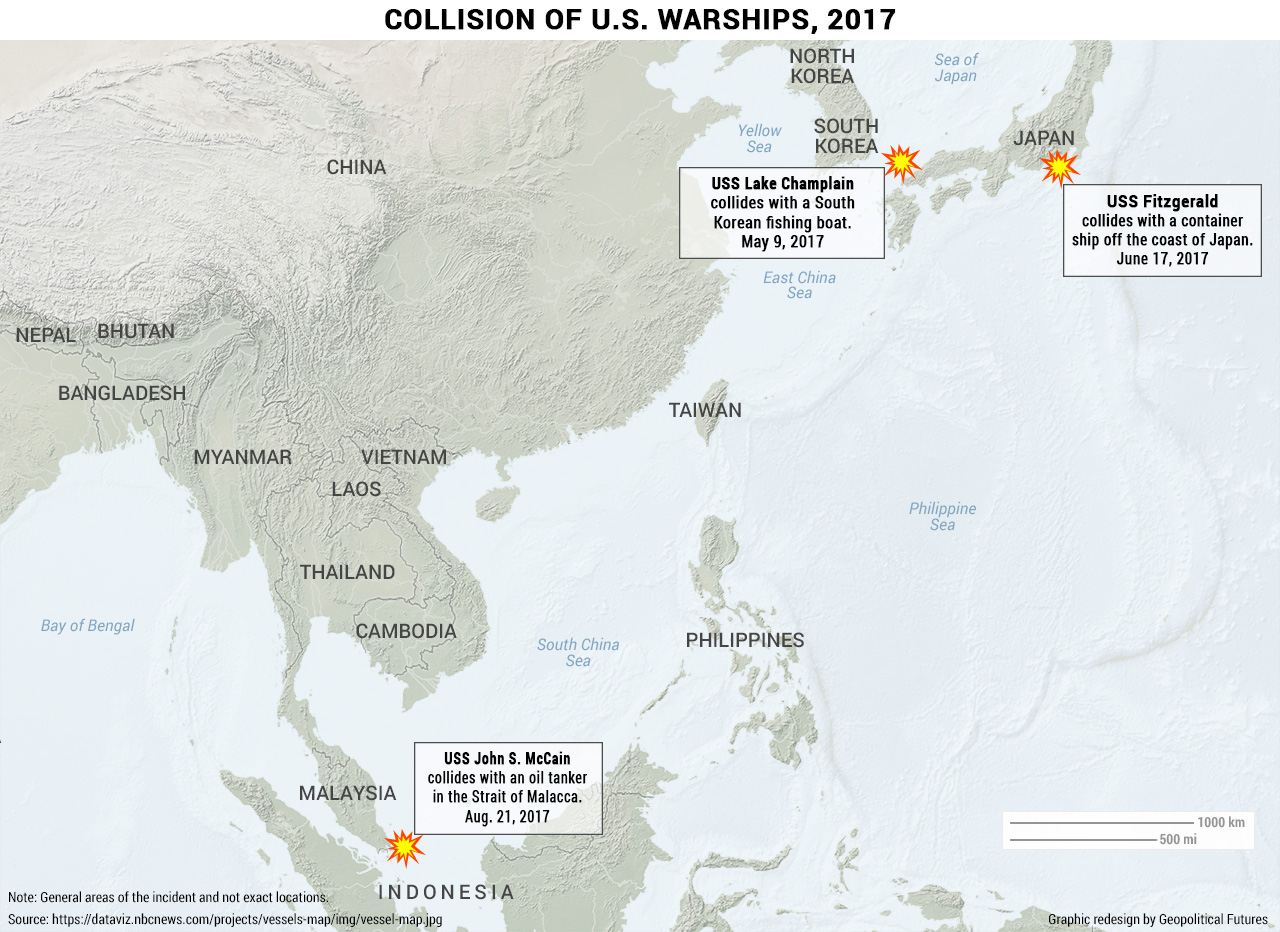 These incidents sparked a massive internal investigation, not to mention a media frenzy. Some have interpreted the collisions as a sign that the Navy is headed toward disrepair and is unable to fulfill its growing global responsibilities. Much of the focus has centered on whether too much is being asked of the fleet.

But these conclusions are an oversimplification. In the past 20 years, ships from the U.S. Navy have been involved in at least 24 collisions, according to open-source information, putting the average at just over one collision per year. Though the number of incidents in 2017 exceeds the annual average, having multiple collisions in a year is not unprecedented. There were three collisions in 2002 and 2005, and two in 2009.

The number of collisions this year, therefore, is not significantly higher than in previous years over the past two decades. The collisions themselves are not an indicator of diminished U.S. naval capabilities, which are defined as the ability to wage war and carry out missions. Both the McCain and the Fitzgerald have been removed from service for repairs, but the U.S. has a total of 62 destroyers. Though there are two fewer in theater, many more are available if needed.

It’s also worth noting that collisions have not stopped the Navy from engaging in operations, which have in fact increased over the past 20 years. In addition, the accidents in 2017 occurred in areas that are popular trade routes, not in the open seas. The sheer number of vessels operating in these areas increases the chances of an accident occurring.

The Navy’s internal review following the recent collisions indicated some shortcomings in terms of operational readiness. Many of the issues related to training. Previous reviews also highlighted problems, including reduced personnel and reduced time allotted for ship maintenance. But this should not be taken as evidence that U.S. naval power is in decline.

Saudi Arabia, at War With Itself